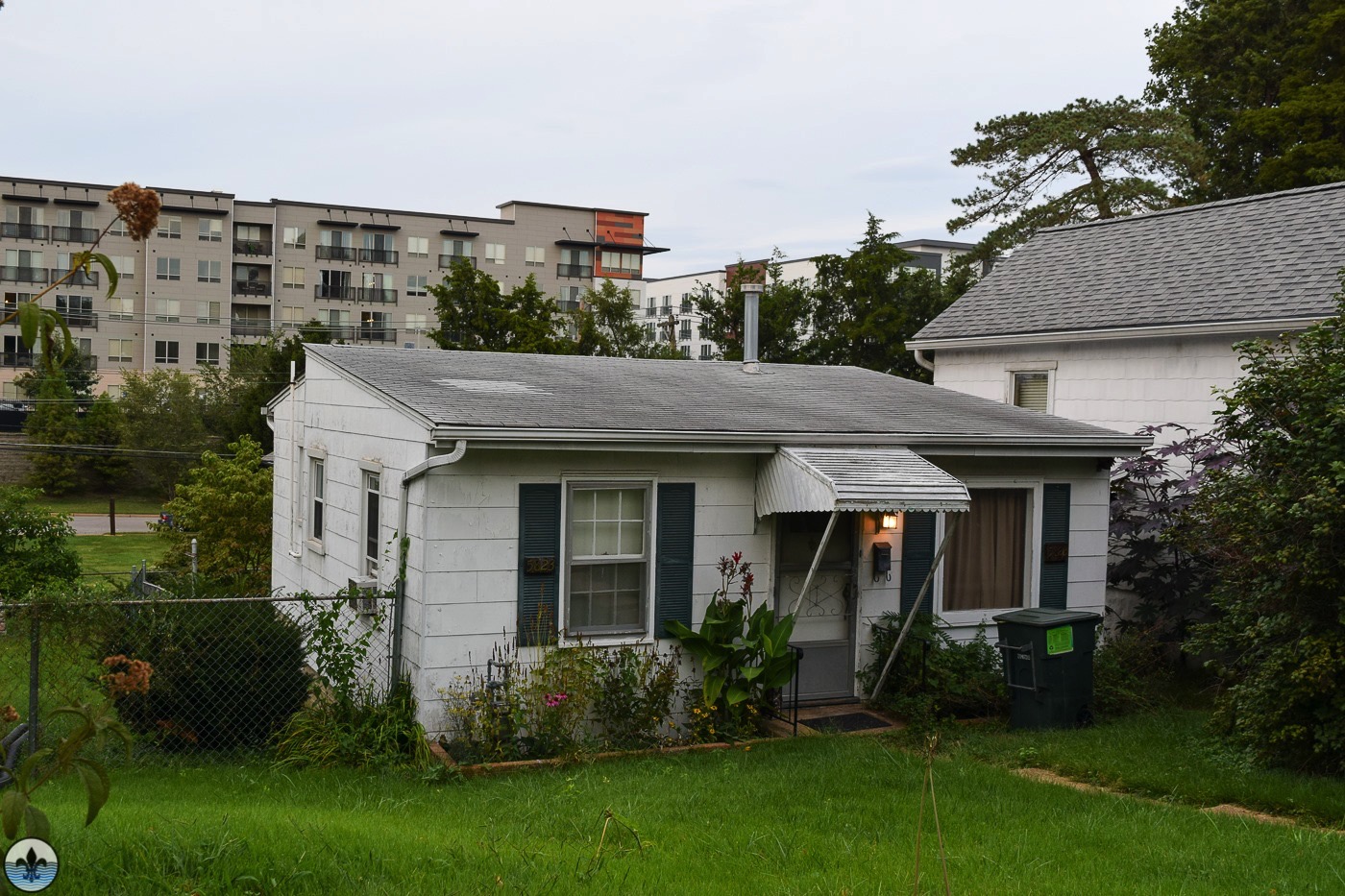 For being so far from the riverfront, Cheltenham is a neighborhood with a surprisingly long history. It has been synonymous with rejuvenation, education, entertainment, and perhaps most notably, the distinctive red bricks that make up much of the physical footprint of St. Louis. 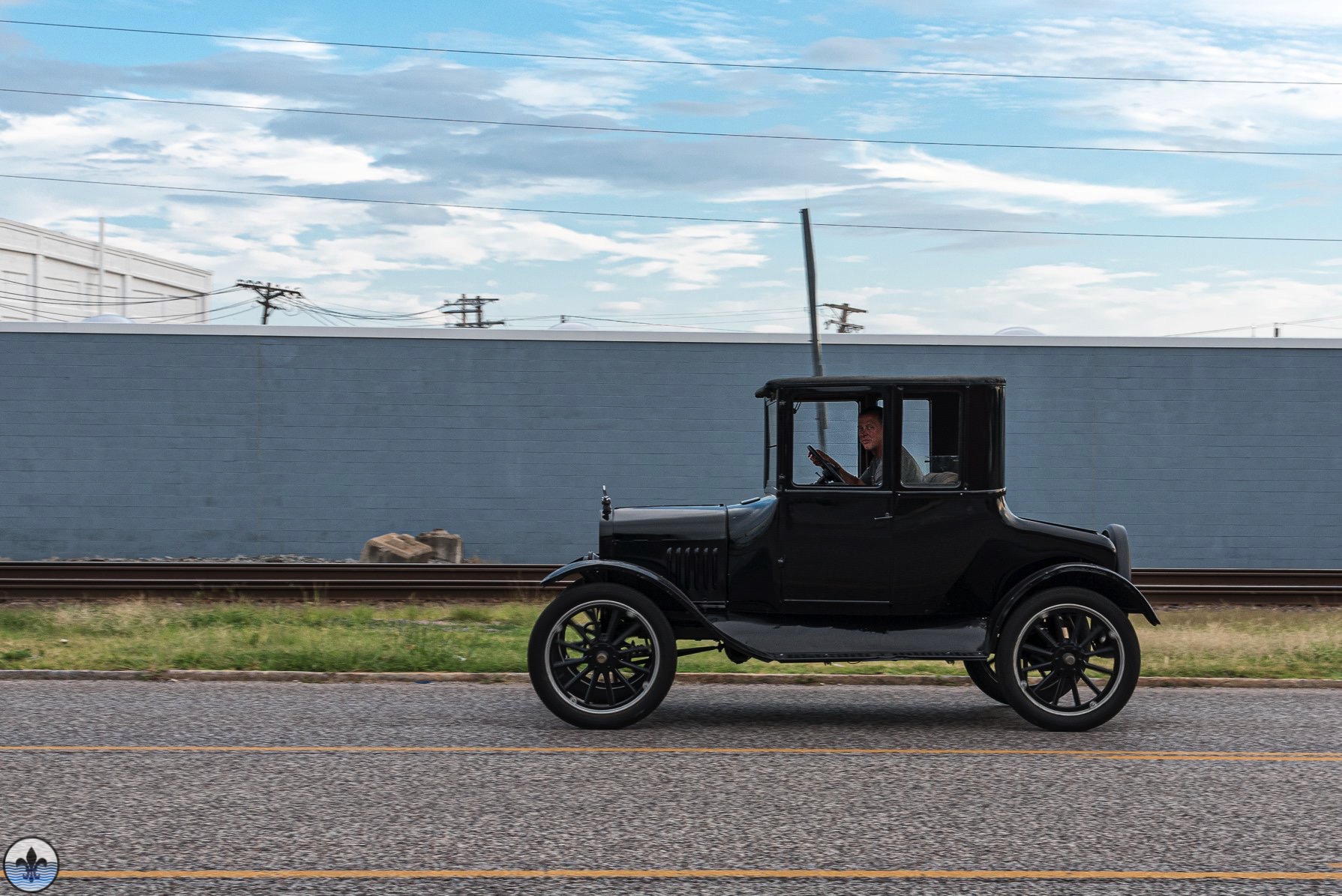 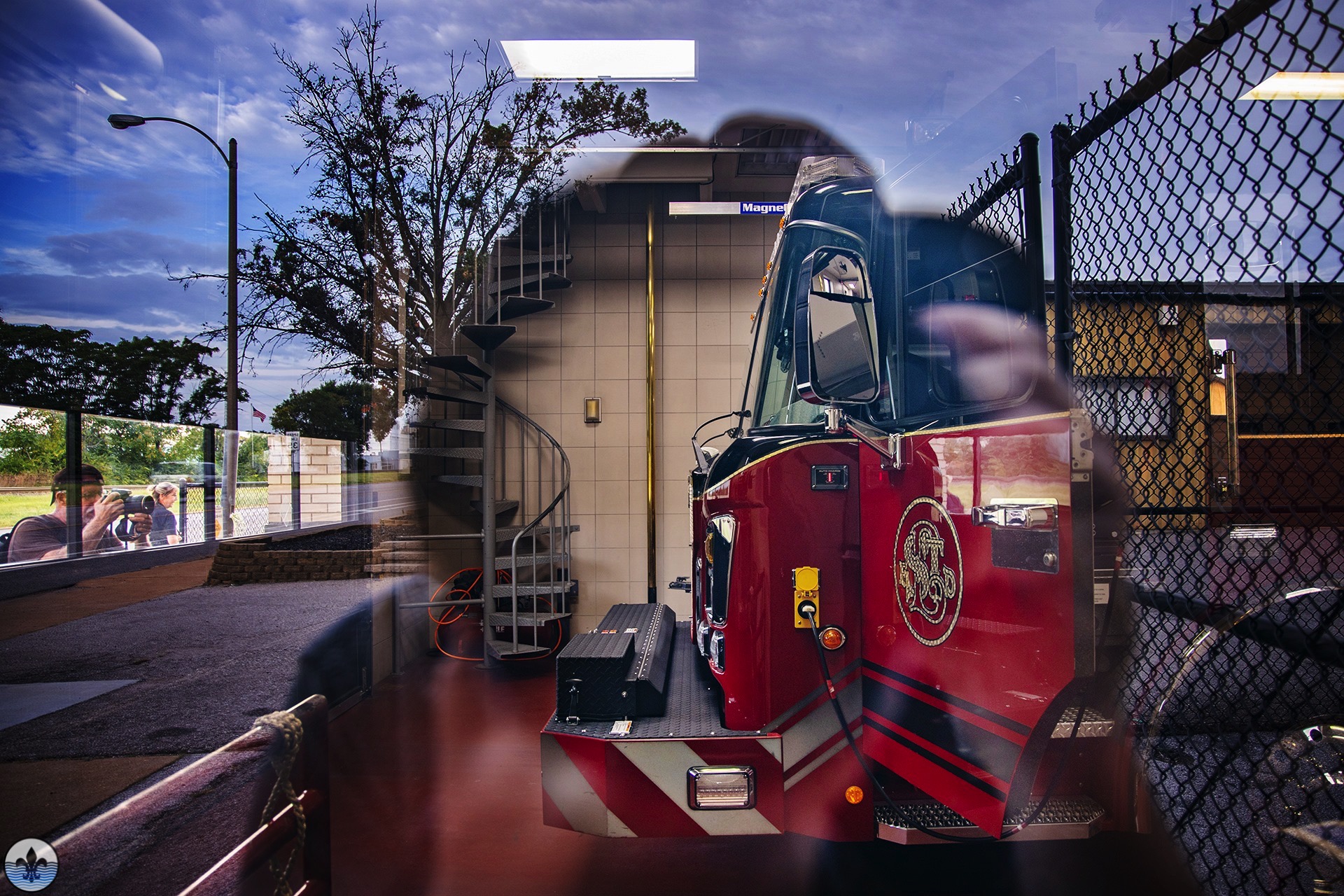 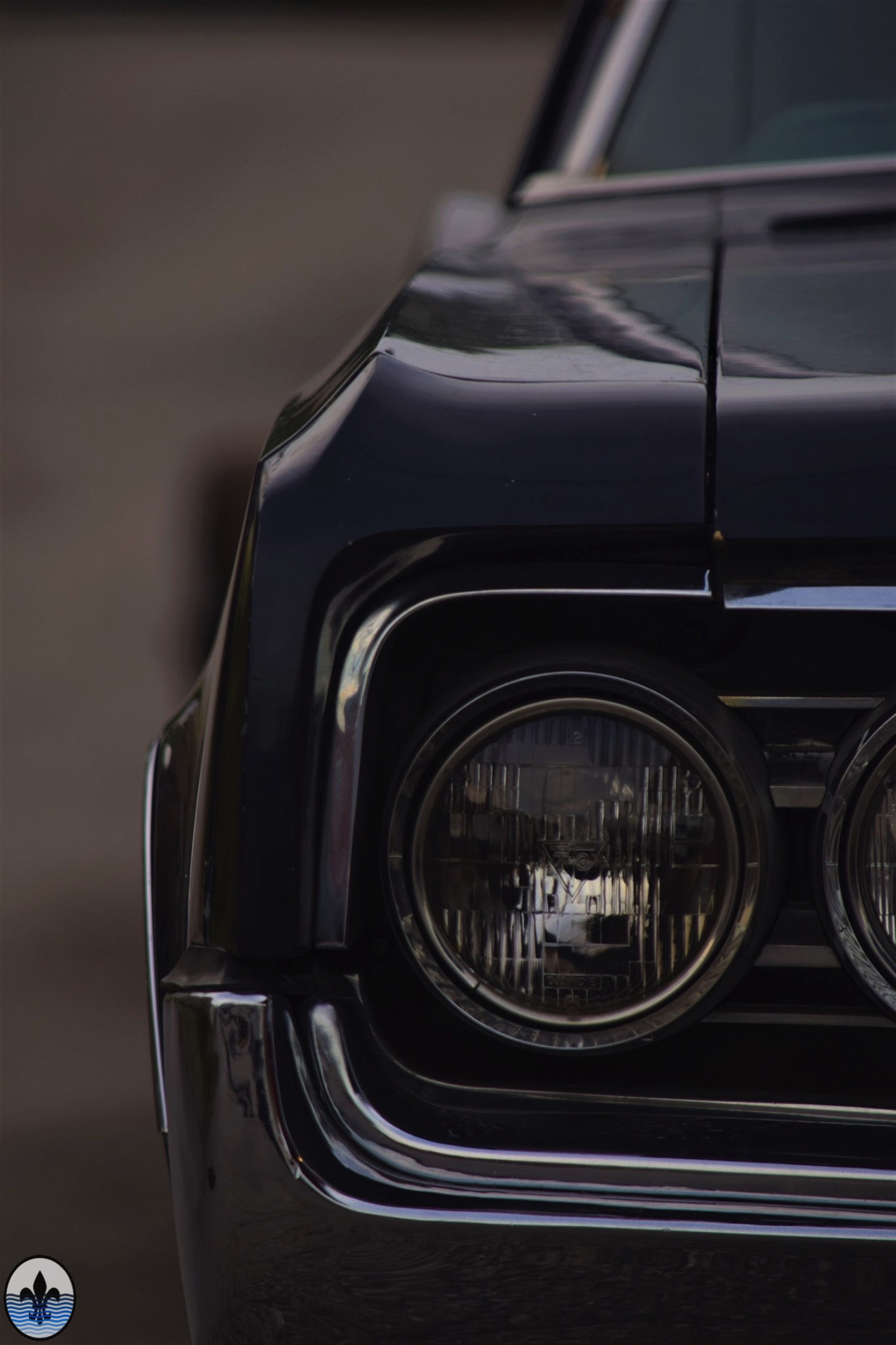 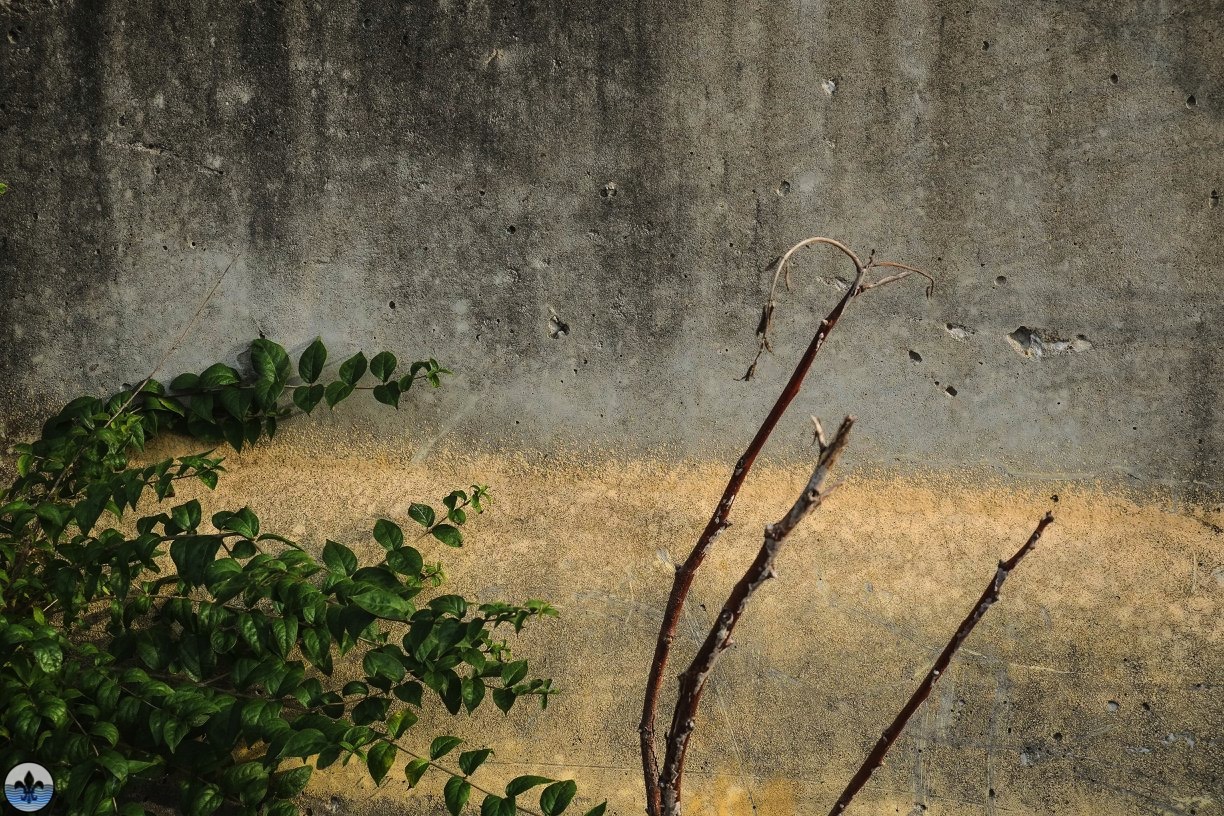 The history of Cheltenham as we now know it began in 1798, with the Charles Gratiot Land Tract, or some 5,700 acres purchased by one of the city’s earliest and most prominent residents. To place in perspective the size and significance of this purchase, it is perhaps useful to consider the communities that emerged from it: Kings Oak, Cheltenham, Clayton-Tamm, Hi Pointe, Franz Park, Ellendale, Clifton Heights, The Hill, Southwest Garden, North Hampton, and Lindenwood Park (and those are just the city neighborhoods involved- the tract went all the way west to Big Bend!).

The neighborhood today would be unrecognizable to the few residents after Gratiot. For instance, the River Des Peres that today courses along near the southern border of the neighborhood, bound on three sides by concrete, was once a wild, natural stream. Its watershed, which has been mostly subjugated to the city and county sewer system today, was still functioning in the 1800’s (and not yet a de-facto trash receptacle). This meant that the river had the permanent appearance of what it now only resembles after a heavy rain. Perhaps even more surprising is that in the time of Gratiot’s ownership, sulphur springs were discovered near the River, close to the spot of present day Nick’s Pub (where Sulphur Avenue gets its name), and not far from Gratiot’s country home. A Post-Dispatch article from 1978 quotes an earlier newspaper description of the springs as, “Herds of elk and deer frequented the spot, and plowed up with their hoofs the muddy bottom below.” Reportedly, Gratiot recognized the potential holistic benefits of the spring water, and set up a camp for travelers to come and experience its healing powers. Famous fur trader, Manual Lisa is said to have died here, after his own last ditch effort to attempt to use the spring waters to overcome his fading health.

In the 1830’s, William Sublette purchased several acres around the springs, and set up the Sulphur Springs Resort. The Resort grew in scale and local significance over the next few decades and property owners. In the 1850’s, a man named William Wible, managed the resort and built his own home nearby, which he nicknamed Cheltenham, after his hometown in England. When the Missouri-Pacific Railroad built a stop for the Resort (its first stop from St. Louis on what was meant to be the preeminent road to the west coast), it was named Cheltenham, presumably at the bequest of Wible. From then on, Cheltenham was a title that would become synonymous with the neighborhood.

Eventually, as industry grew up to surround the springs, the Resort lost popularity, and so it was sold to the Missouri Icarians, a communal society with some 180 members who established their colony at Sulphur Springs. In 1864, the colony was disbanded and the property sold, a result of the gradual and growing pollution upriver of the River Des Peres. 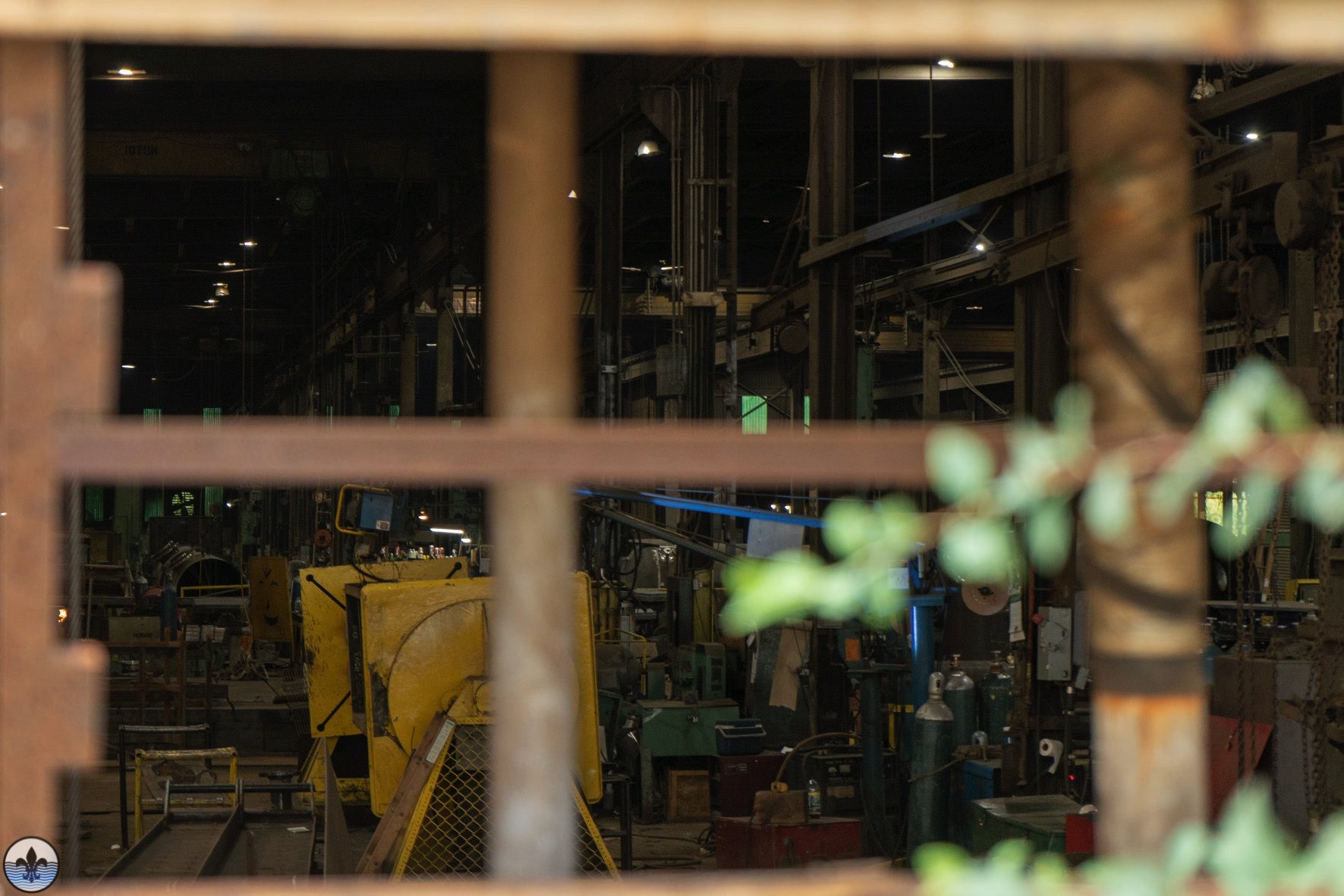 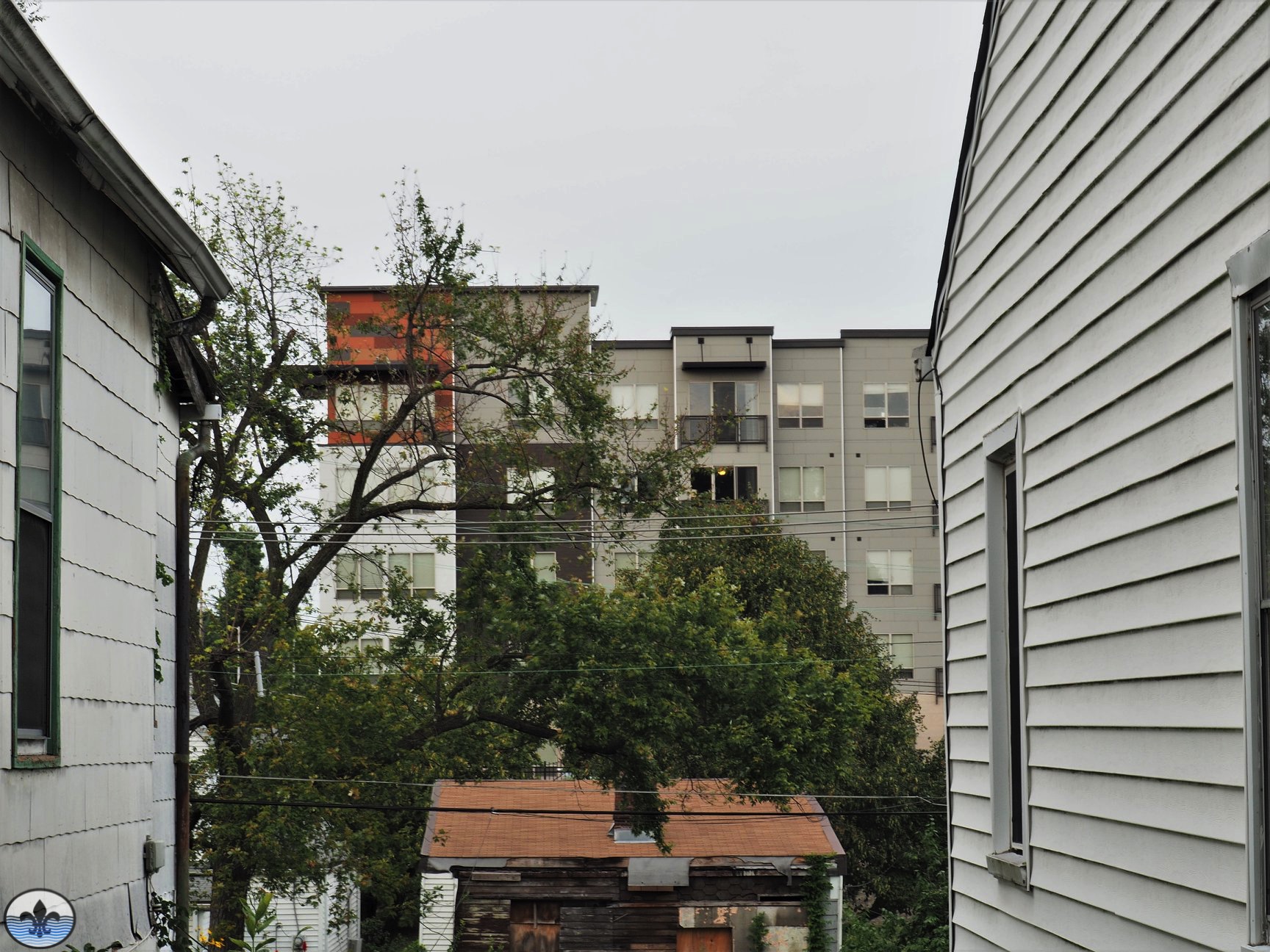 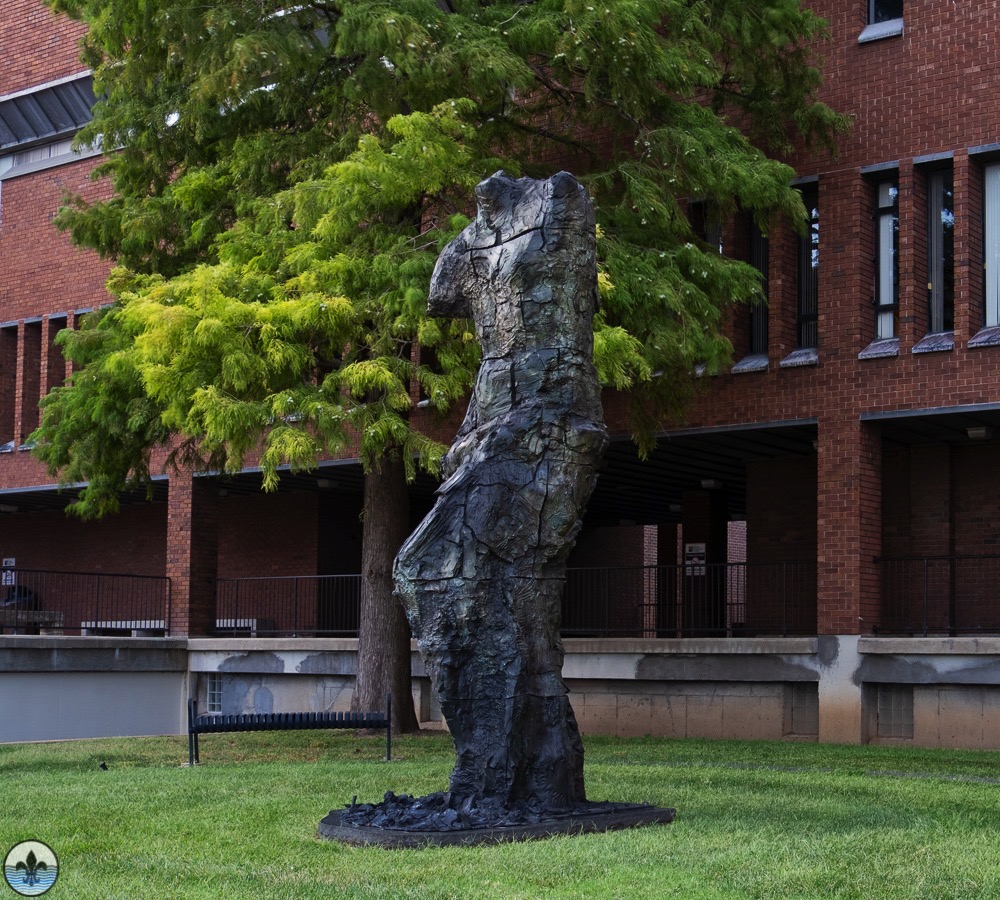 In the 1830’s, a descendent of Charles Gratiot noted the quality of clay deposits in Cheltenham (a discovery partially inspired by a failed attempt to find coal), and established a small fire brick kiln near the Springs. Not long after, the Laclede-Christy Co. built a massive fire brick factory nearby, the first in a succession of businesses built to mine, shape and harden clay that would eventually make Cheltenham among the world’s largest producers of brick and terra cotta products. Having the Missouri-Pacific nearby online served to cement this industry for the neighborhood.

As factories go, workers were needed, and so the first smattering of “urban” homes were built along the rolling hills north of the brick factories. Incidentally, this is still where most of the single family residences in the neighborhood remain.

In 1876, the “Great Divorce” of St. Louis City and St. Louis County expanded the city’s boundaries to include Cheltenham.

In 1891, the growing significance of the area attracted Forest Park University to Cheltenham (along Oakland, just east of Hampton). The school for women stressed liberal arts study and theology, and its founder was active in both women’s suffrage and the prohibition movement. According to author, Katherine Corbett, whose book, “In Her Place: A Guide to St. Louis Women’s History”, school brochures advertised that students would, “…spend the day in the invigorating air [around Forest Park] instead of the smoke, dust and sewer gas of the city. The boating, riding and walking in Forest Park, the lawn tennis and croquet, furnish delightful recreation . . . and the end of the year finds [the students] blooming with health, instead of spiritless and pale, as is often the case with girls in the close and unwholesome air of cities.” The school closed its doors in 1926. 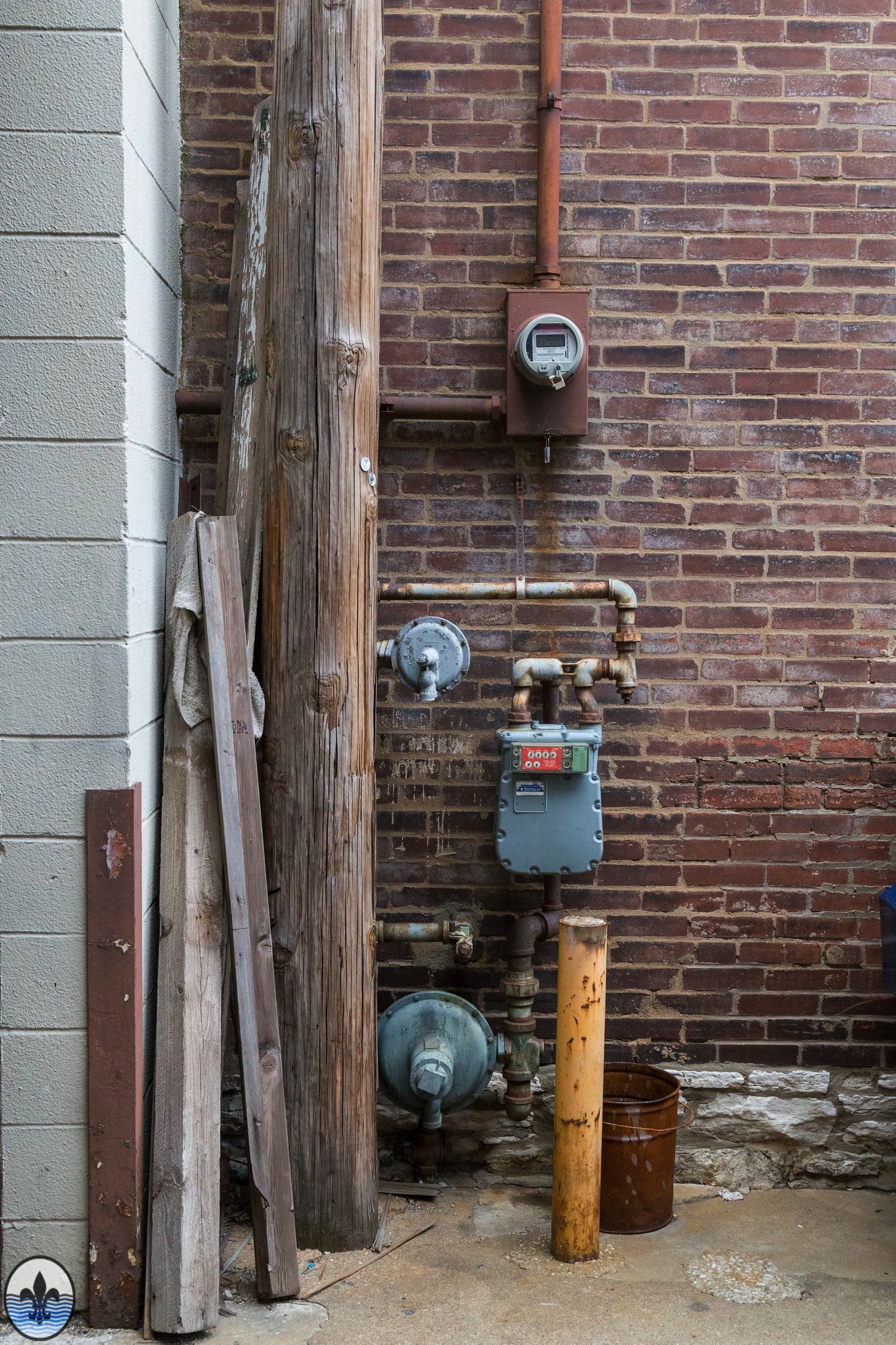 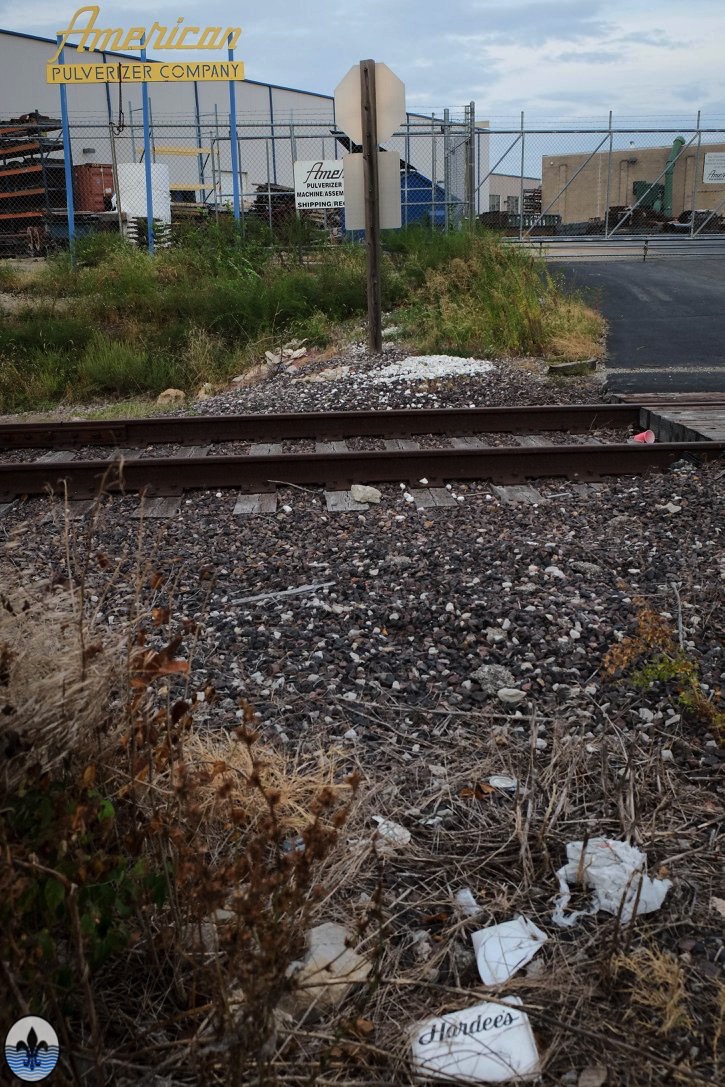 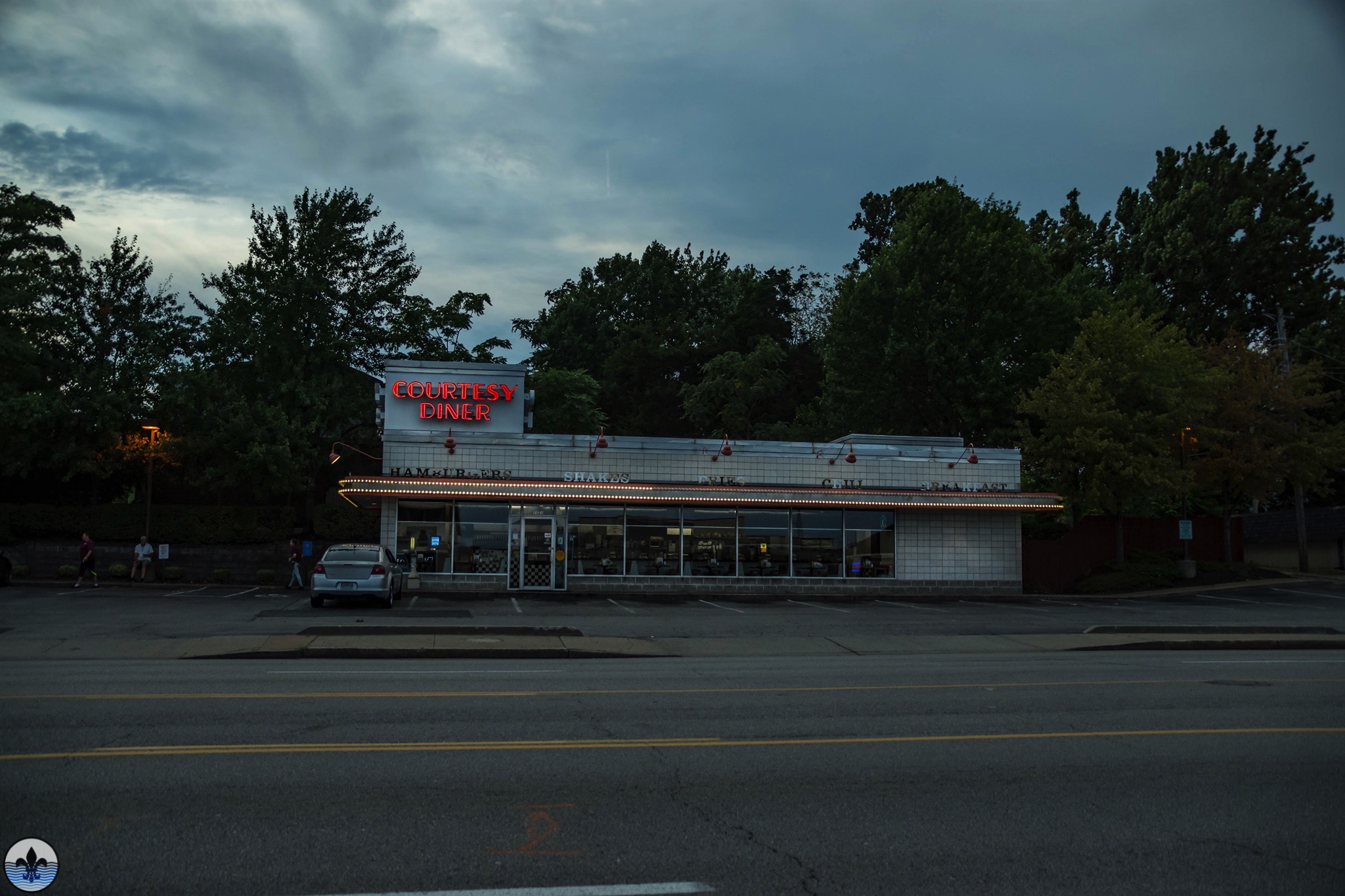 From the mid-19th Century, beer gardens became popular gathering places for St. Louisans looking to unwind a bit. In 1896, a brewery and beer garden named the Highland Cottage Restaurant opened along Oakland to take advantage of this popularity, and ostensibly, the popularity of nearby Forest Park. Its proximity to Forest Park University, and its prohibitionist founder, must have made relations between institutions (and their respective patrons) interesting. From the beer garden and restaurant, grew Forest Park Highlands one of St. Louis’ most fondly remembered amusement parks. Presumably, this transition was a choice to take full advantage of St. Louis’ selection as site for the Louisiana Purchase Exposition of 1904. The Highland’s earliest rides all faced Forest Park, where the World’s Fair was located.

No matter the reasoning, the Highlands mostly thrived as an entertainment complex until a disastrous fire in 1963, which burned down the Park’s midway and consumed most of its enclosed structures. What remained was razed in 1966 to make way for the construction of St. Louis Community College at Forest Park.

In the 1920’s, the Highlands owner decided to build a massive exhibition hall for livestock, called The Arena, but the Great Depression (and high costs of The Arena’s construction) cost him both. In 1966, The Arena was sold to the owners of St. Louis’ National Hockey League franchise, the St. Louis Blues, and served as their home until 1994, when the team moved to their current location in Downtown West. The city demolished The Arena in 1999, in advance of new mixed-used development along Oakland (Cortona, and eventually, Encore).

For the neighborhood, the loss of The Arena was a sad sight, and in fact, a bar within the neighborhood honors this history, in its name, its display of historical photos and in the recollections of its friendly staff. 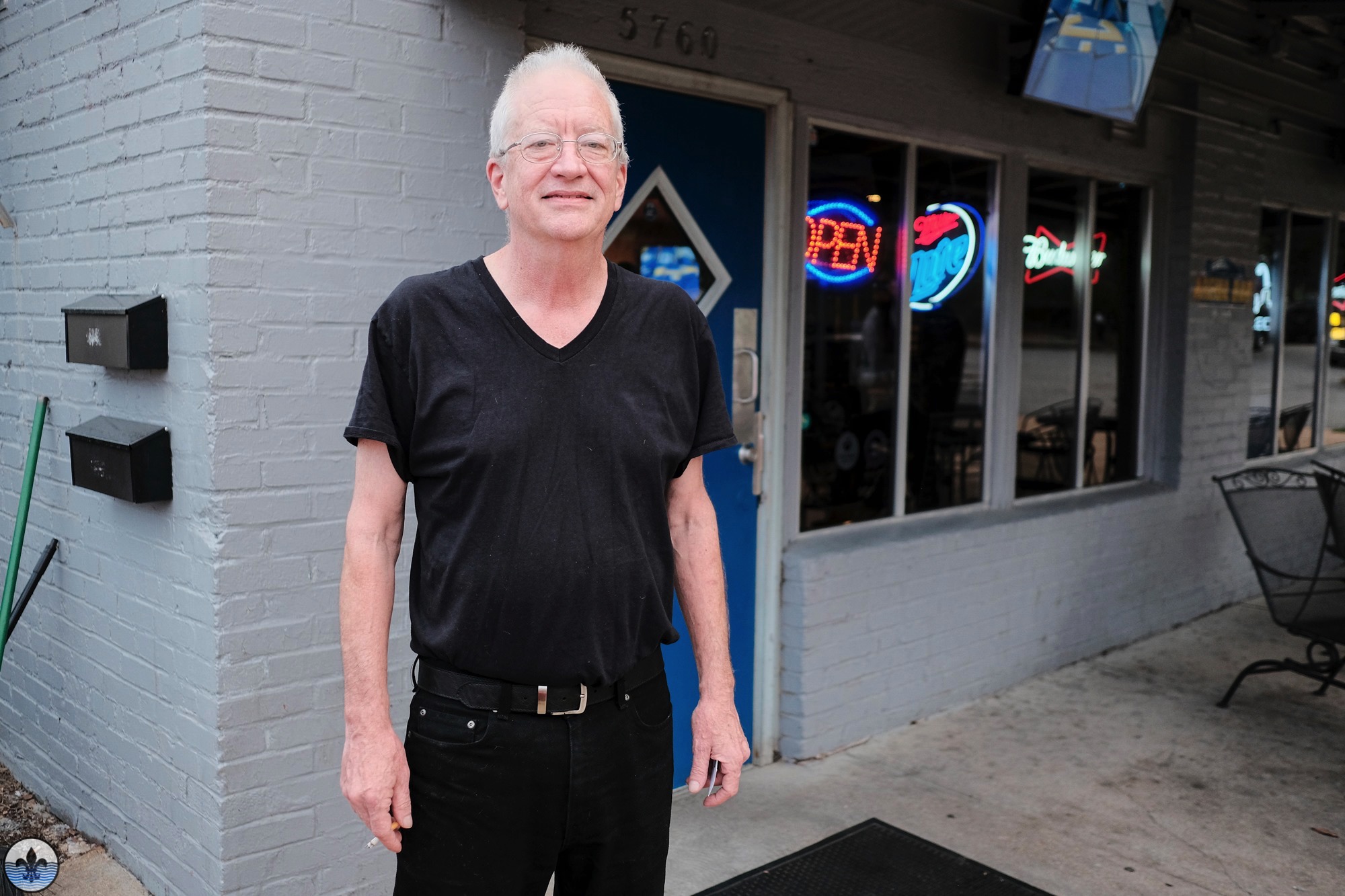 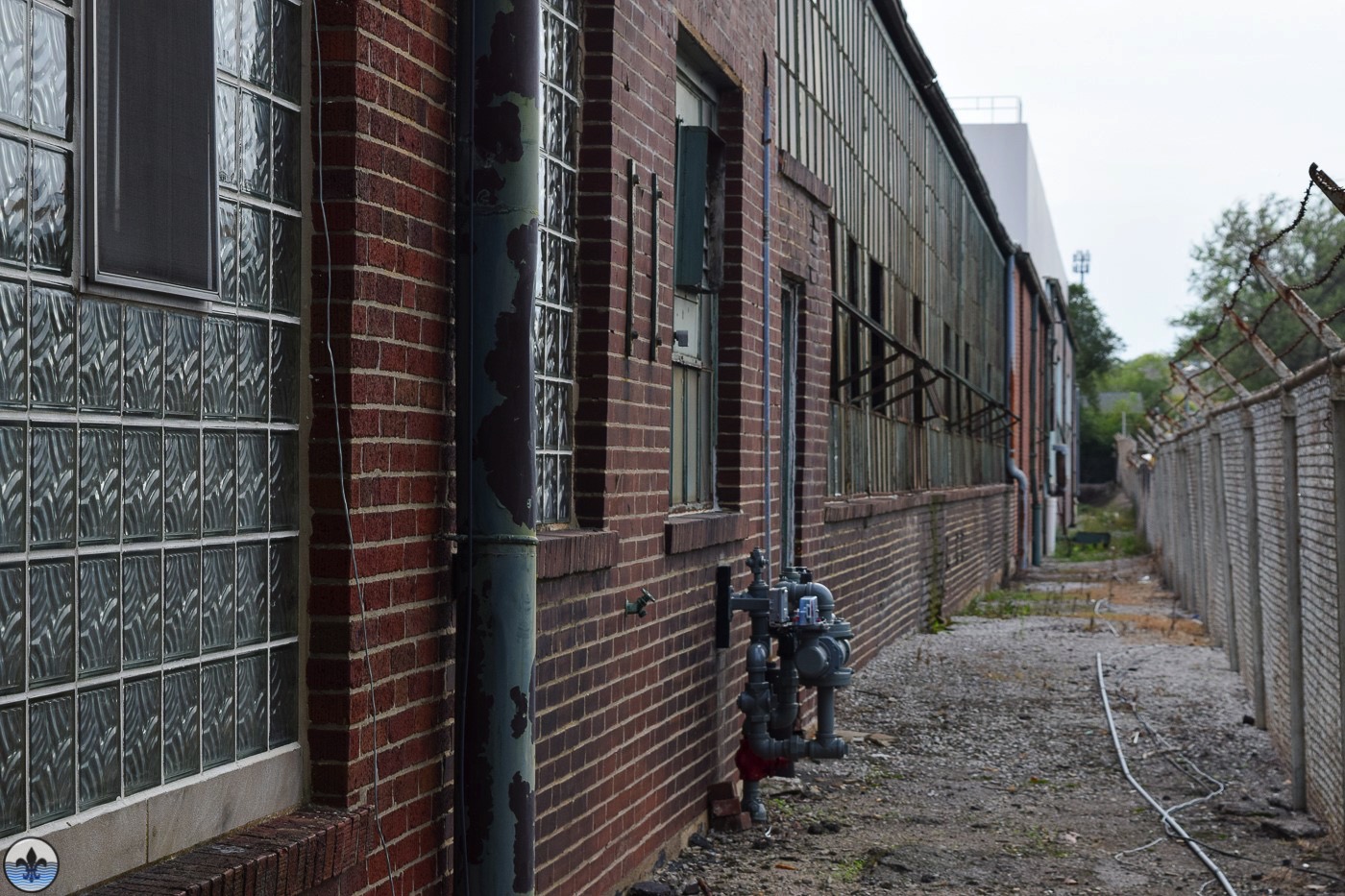 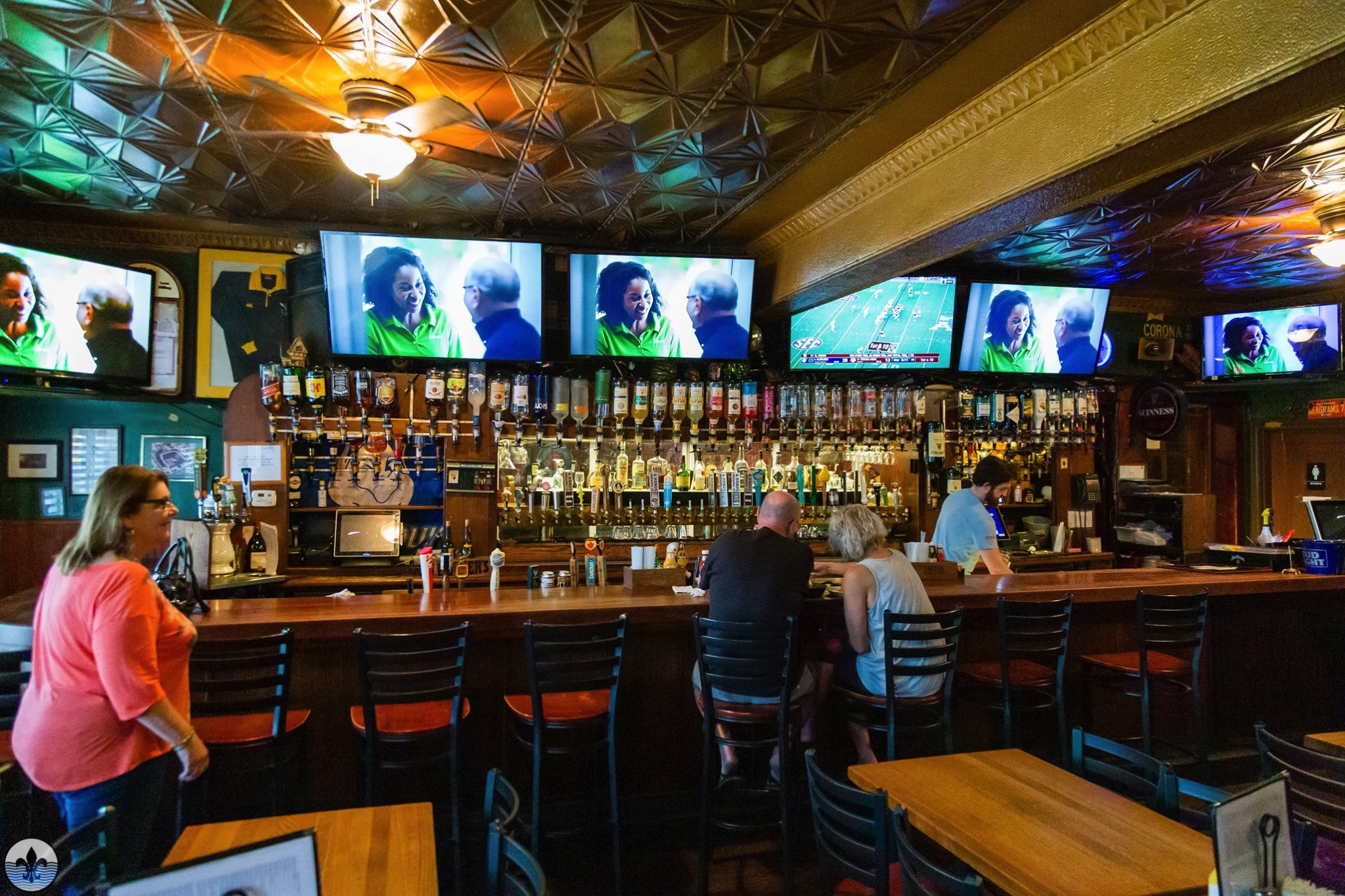 Today, Cheltenham lives on as a mostly quiet, blue-collar community, punctuated by industry (the brick factories have all gone, but new businesses like American Pulverizer and Continental Fabricators), corporate offices (White Castle and Tarlton), start-ups (Beer Outside and Comet Coffee) and education (STLCC). It is an odd neighborhood to traverse on foot, but as the pictures in this article show, certainly well worth the effort! 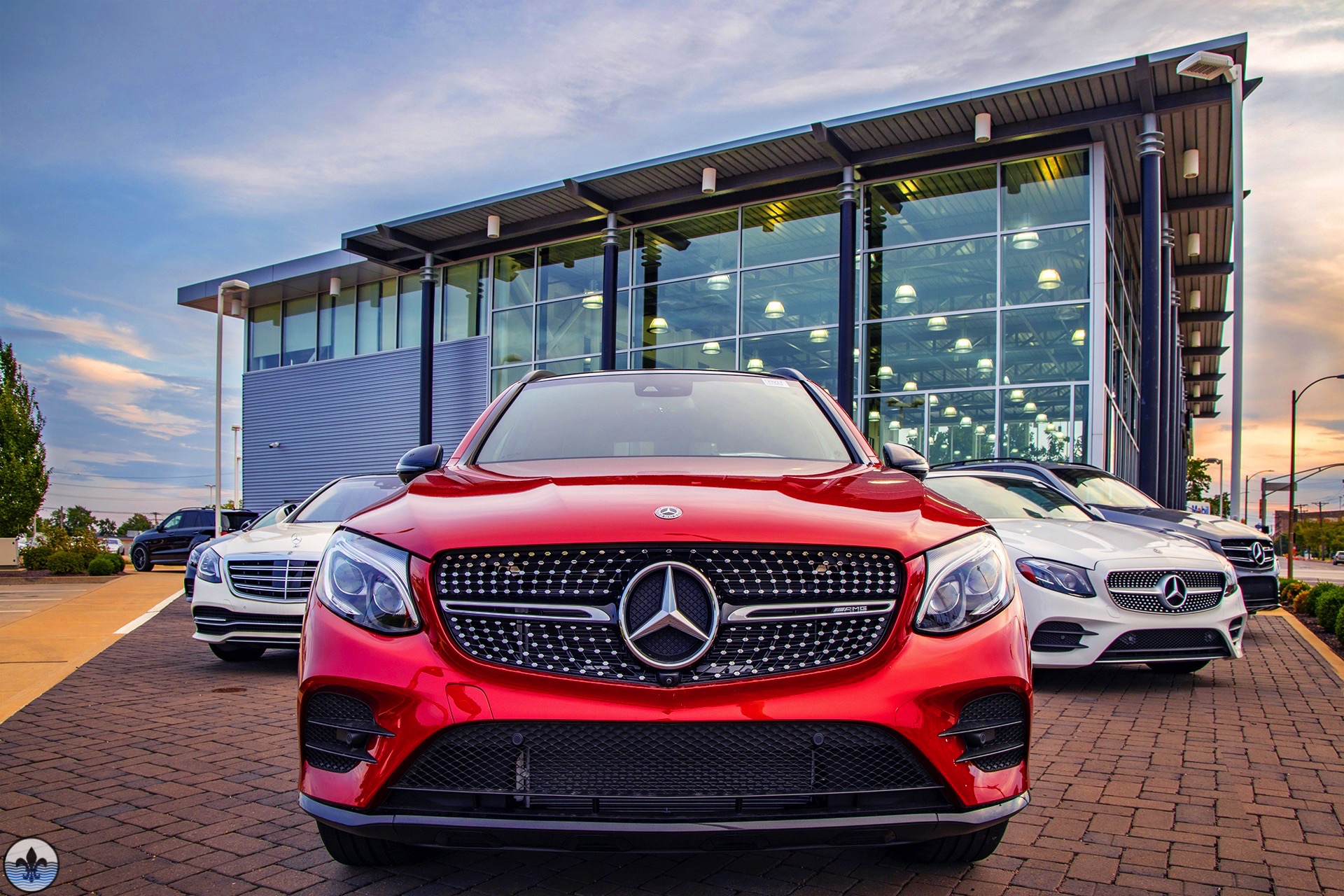 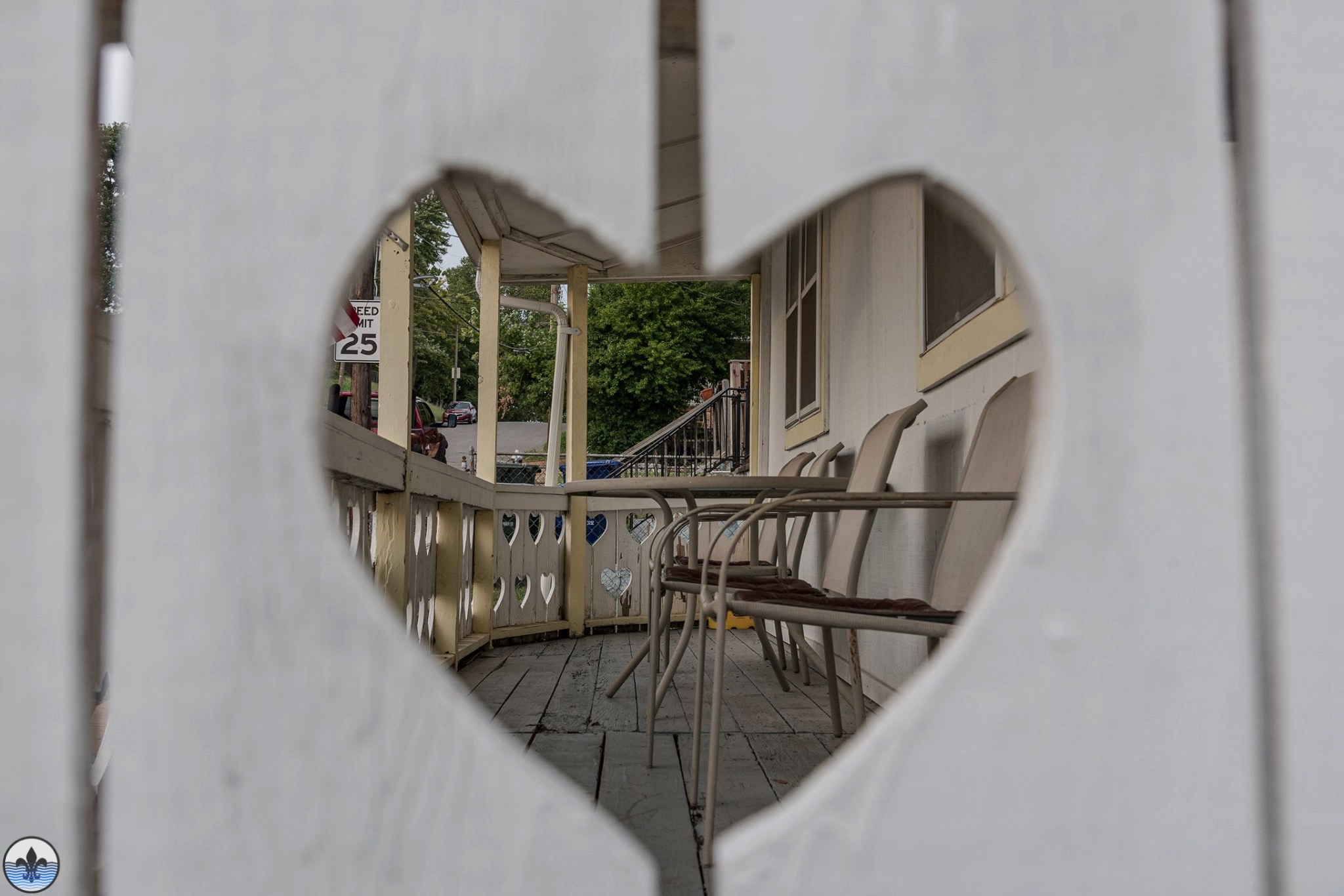 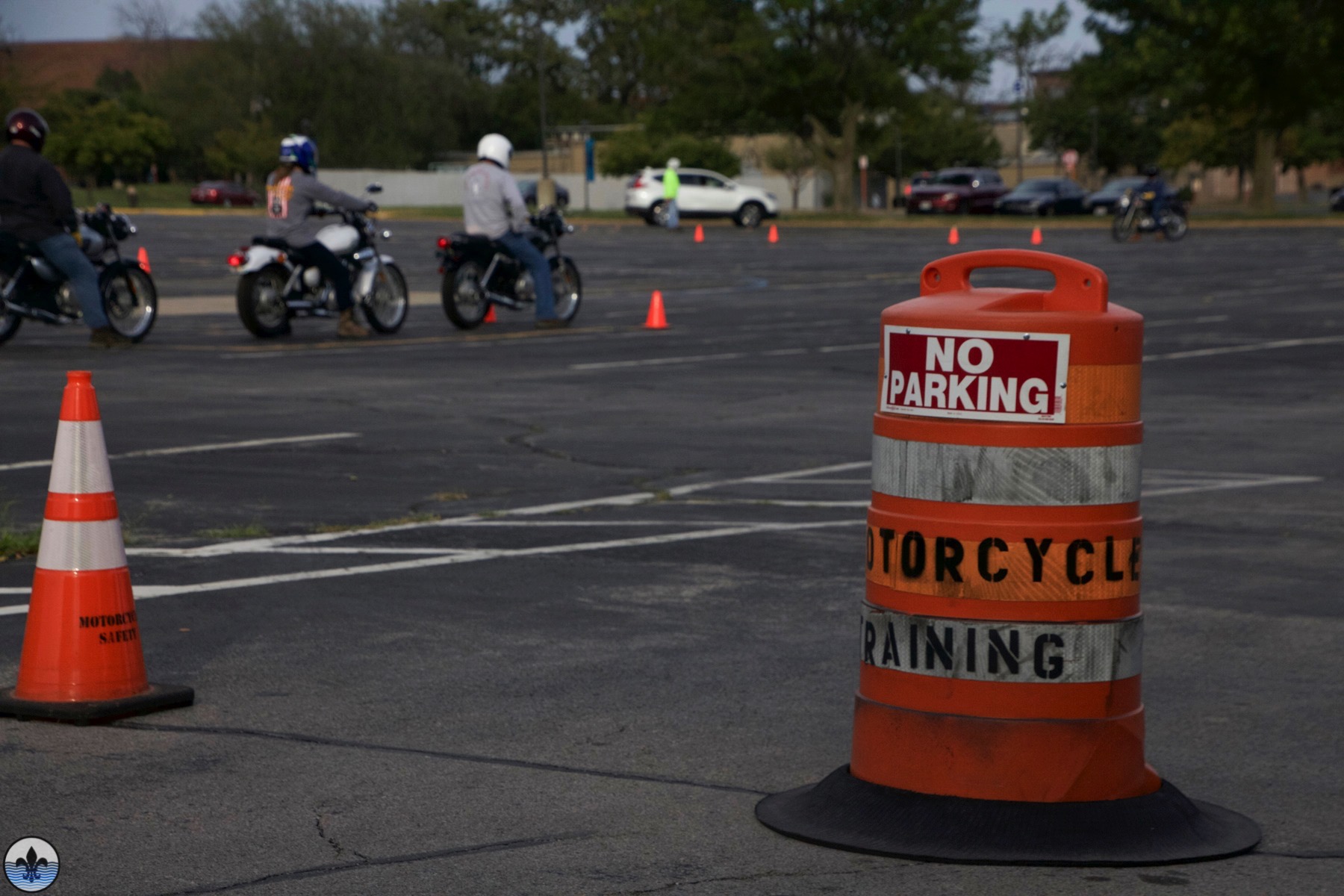 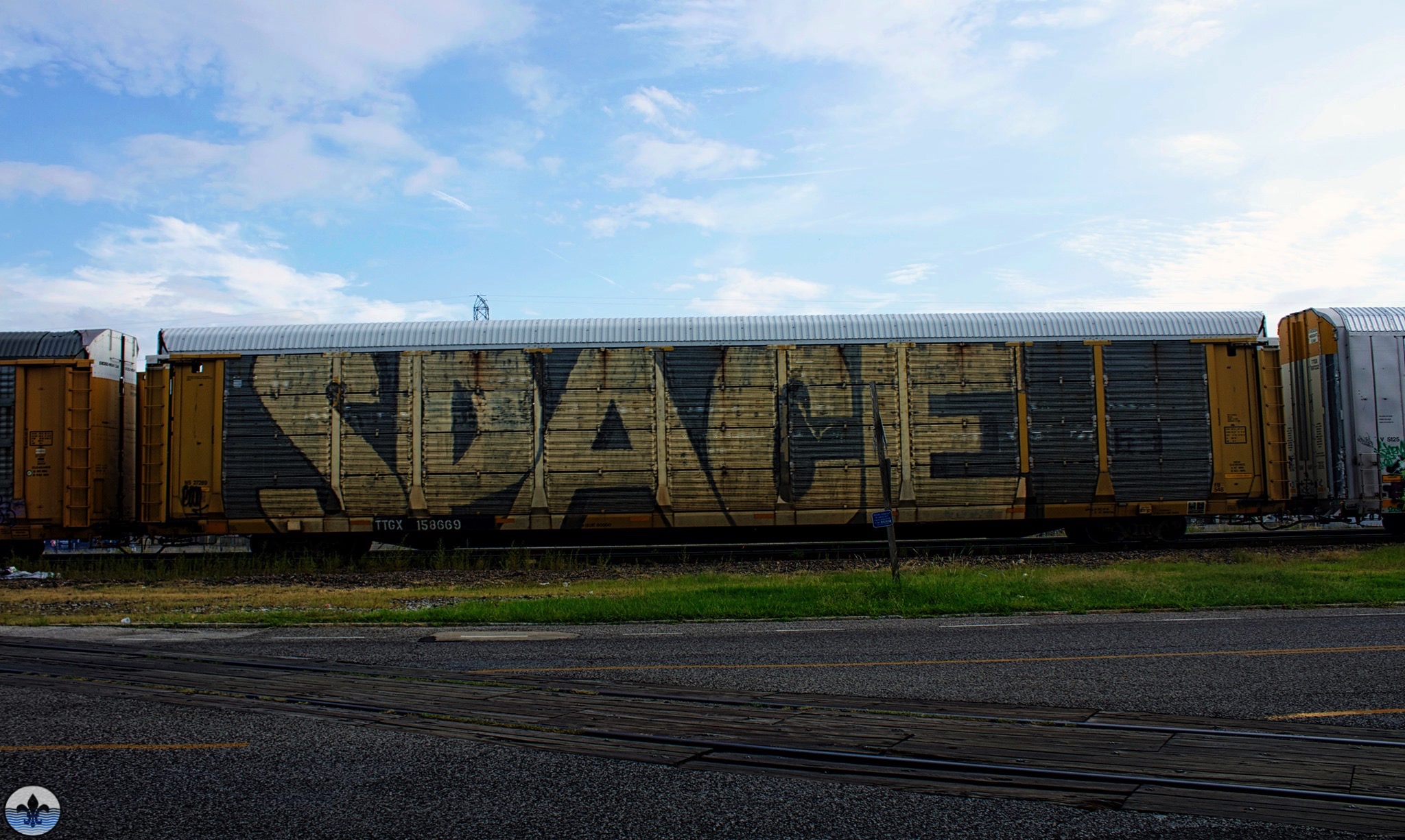 Our endpoint for Photo Flood 84 was Brew Hub Taproom. With over 20 beers on tap and a satisfying pub-type menu, the Brew Hub is a perfect destination to hang out with friends or for a quick after work cold one.