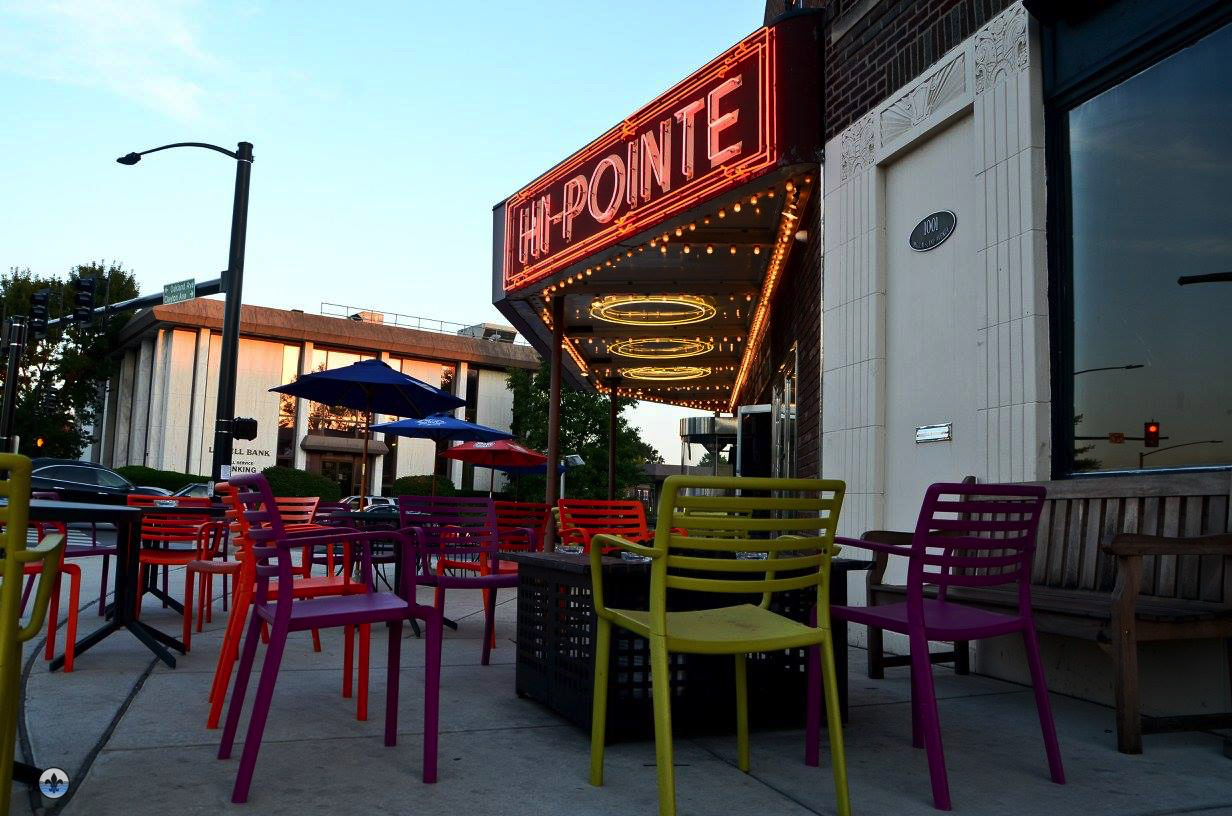 Photo Flood 48 marks the first time that the PFSTL has explored more than one neighborhood. And what great neighborhoods to set the bar! Wydown Skinker and Hi-Pointe, though right next door to one another, are very different in almost every way. One features row after row of high-rises, the other, row upon row of bungalows; one is working class, the other is very white collar. Yet, both are equally defined by the beautiful park they share. 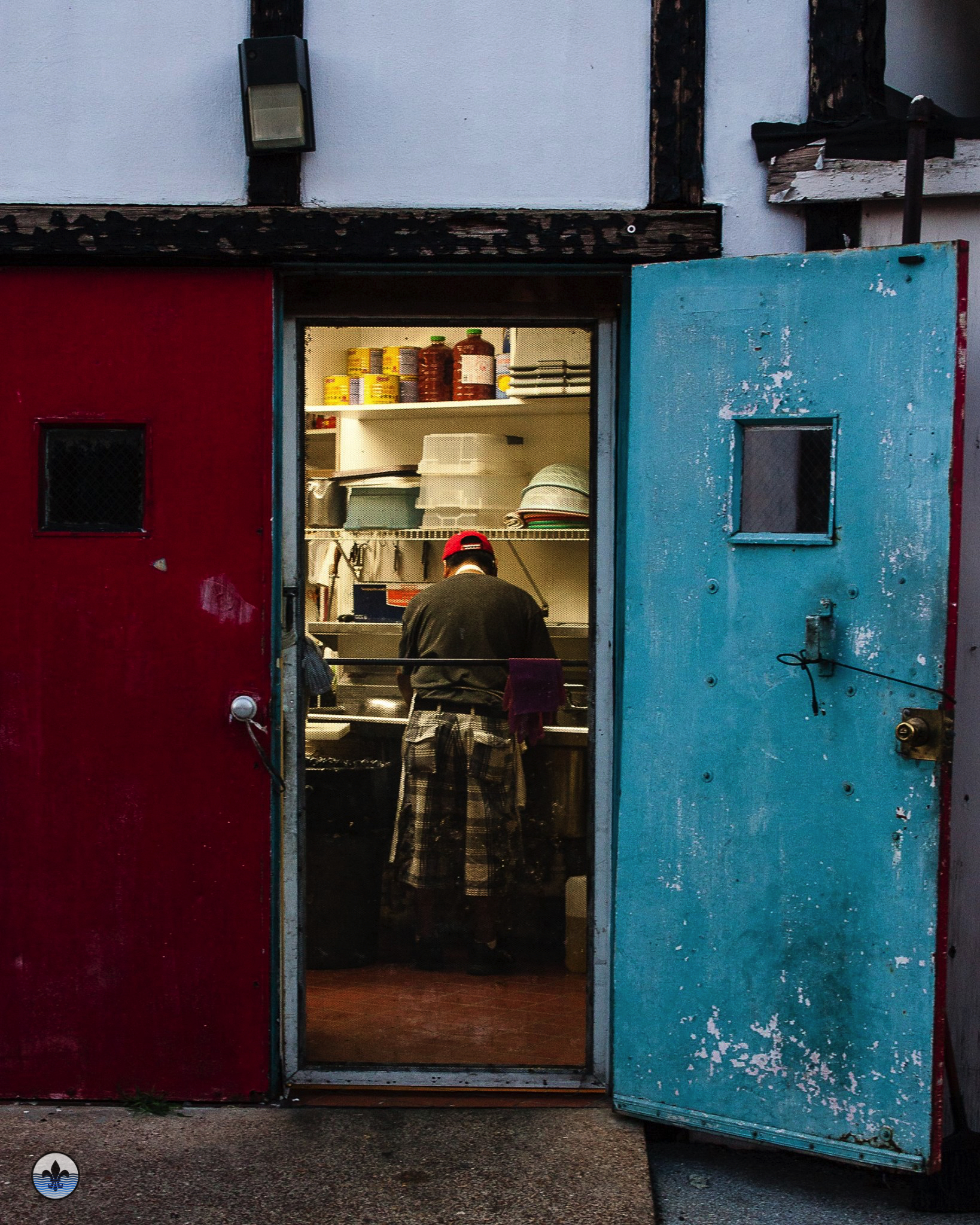 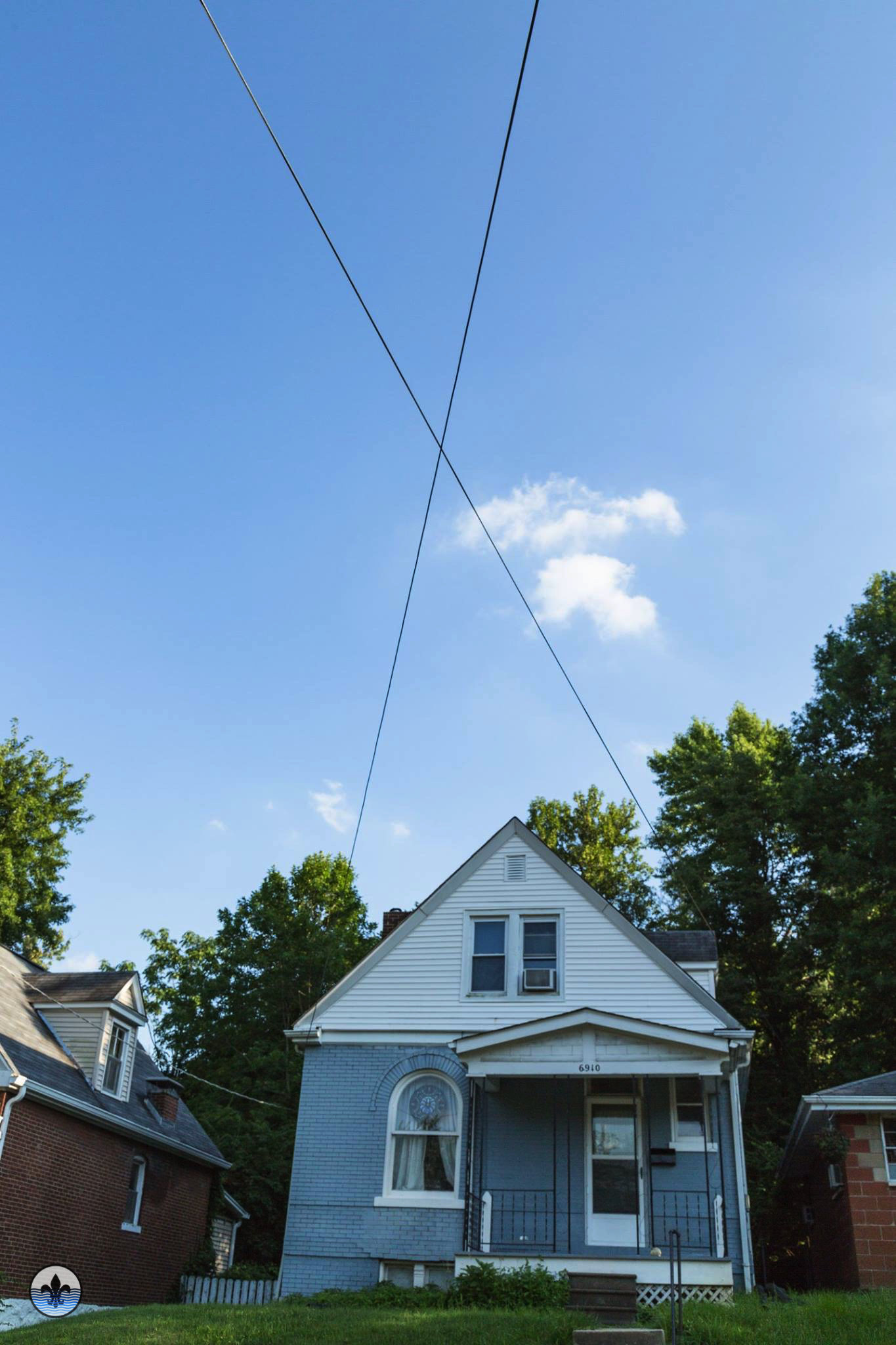 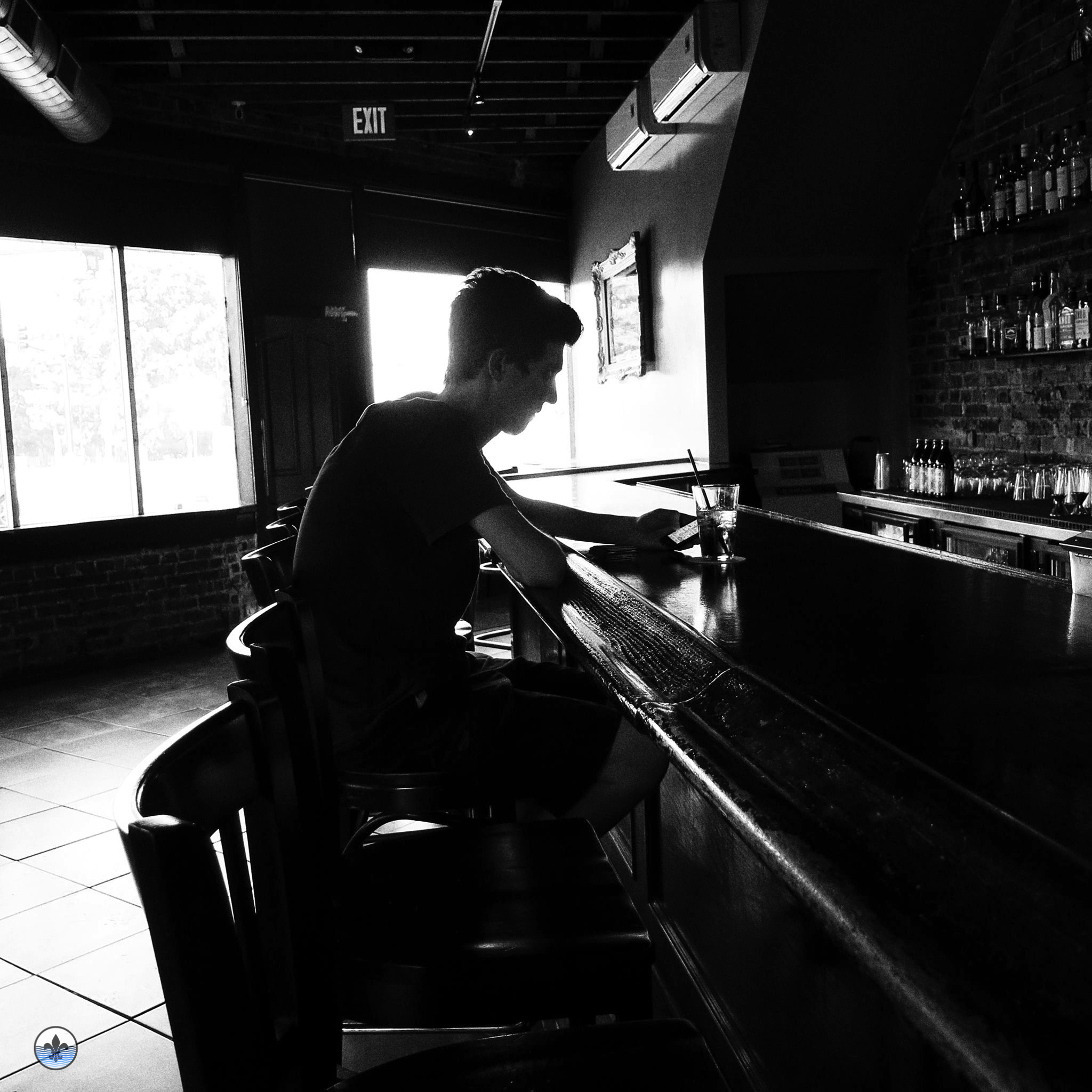 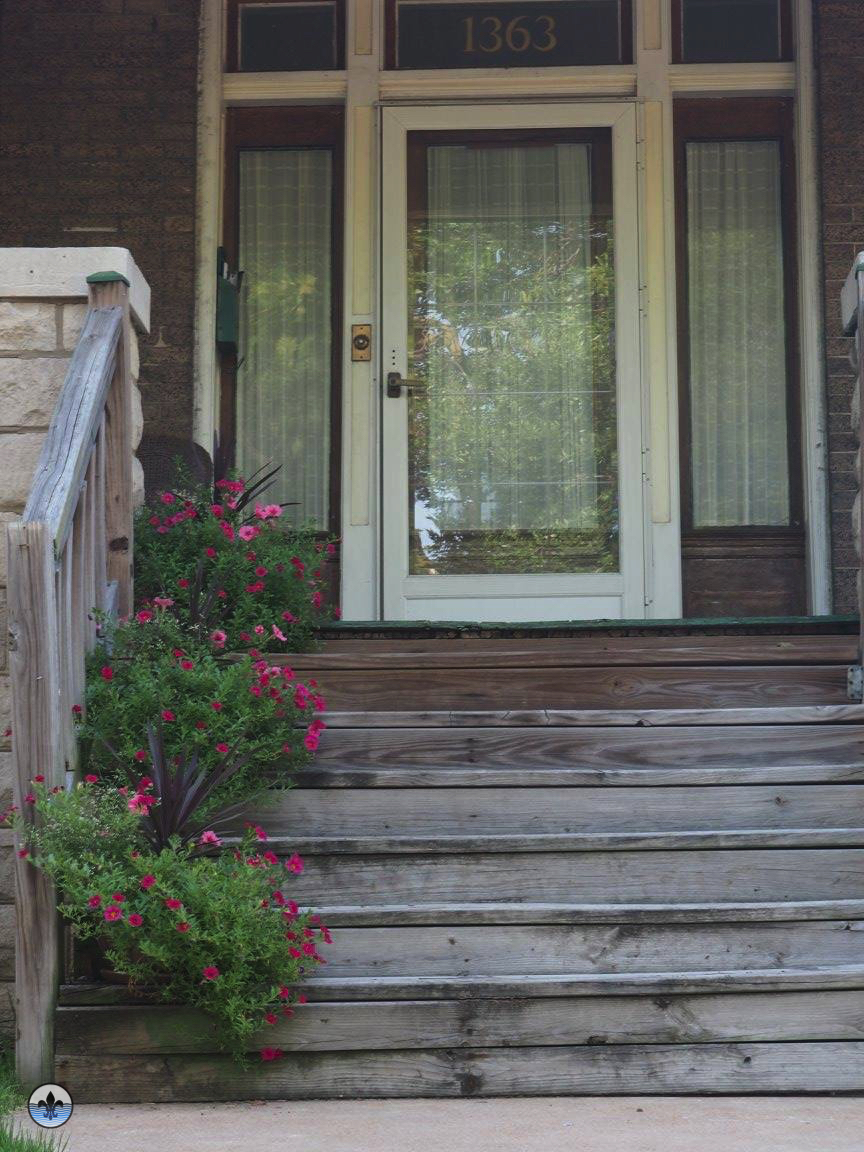 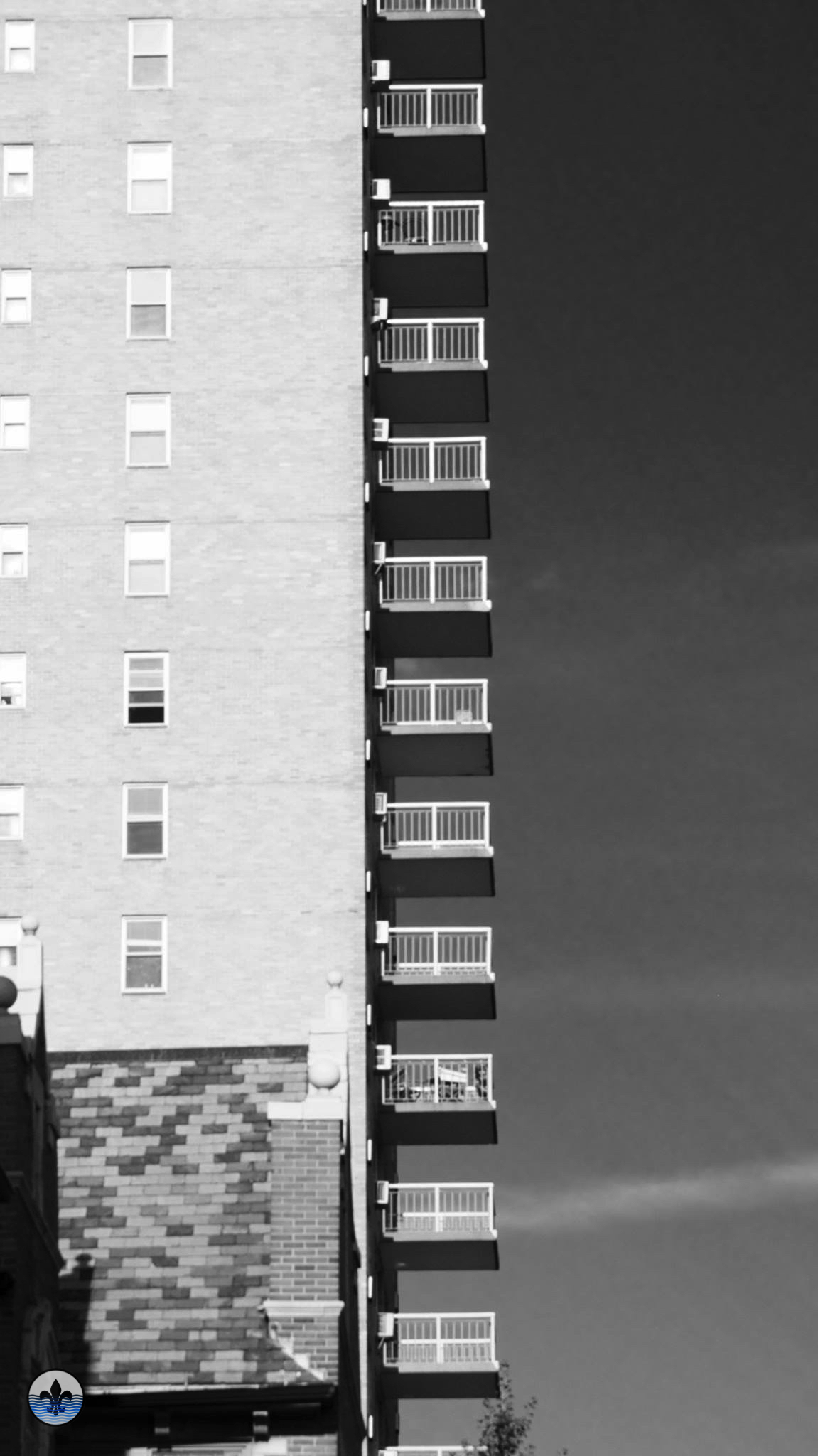 We could begin the story of these two neighborhoods in any number of ways, but we will start with the evocatively referred “Skinker Swamp”.

In the 1830’s, St. Louis city was undergoing in earnest the transition from a remote, French associated fur trading outpost to the cosmopolitan center of the midwest (then “The West”) with the busiest inland port in North America.  The first big wave of European immigrants were arriving, and the culture of the city was changing, making it more hospitable to those people who did not share a French-Creole ancestry with the city’s founders.  It is no wonder then that the Virginia lawyer, Thomas Skinker, would purchase land near St. Louis for a sprawling farm and family estate.  This land, comprising some of the area of present day Forest Park, as well as, part of the Wydown Skinker and Hi-Pointe neighborhoods, bordered the flood-prone River Des Peres, which is how it earned the affectionate moniker of “Skinker Swamp” (a reference that remained in casual conversation even after the engineering marvel to submerge the River, and end its flooding at this location, was completed for the Louisiana Purchase Exposition of 1904).

Nonetheless, the growth of both neighborhoods would not begin until after the dedication of Forest Park in 1876.  This is due to the fact that, until the park brought city development closer, both neighborhoods were about four pastoral miles away from anything resembling urbanity.  The “Great Divorce” of city from county, also in 1876, would declare the western boundary for both future neighborhoods.  Even so, what we now recognize as characteristic about Hi-Pointe and Wydown Skinker would not develop until after 1900. 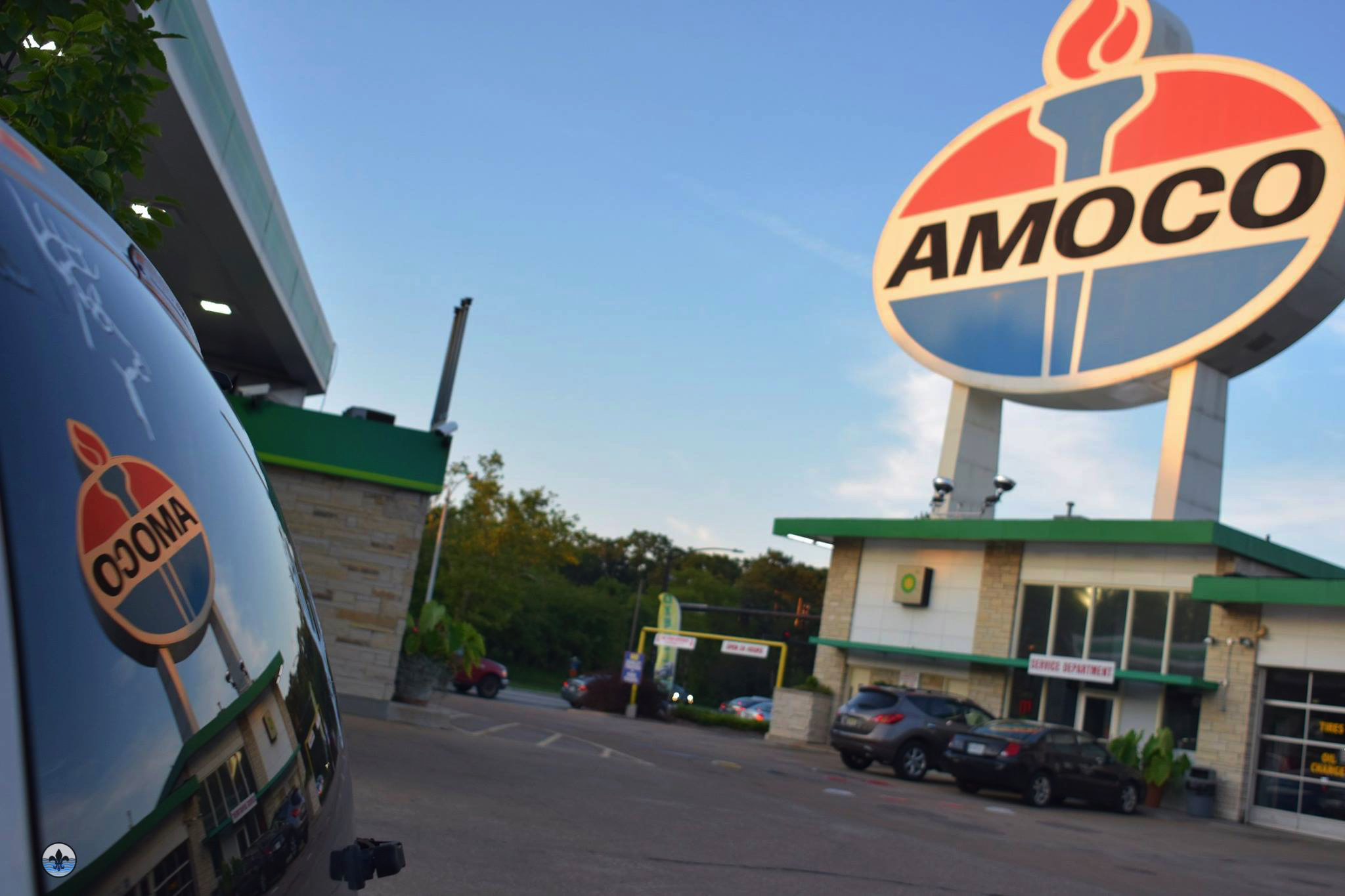 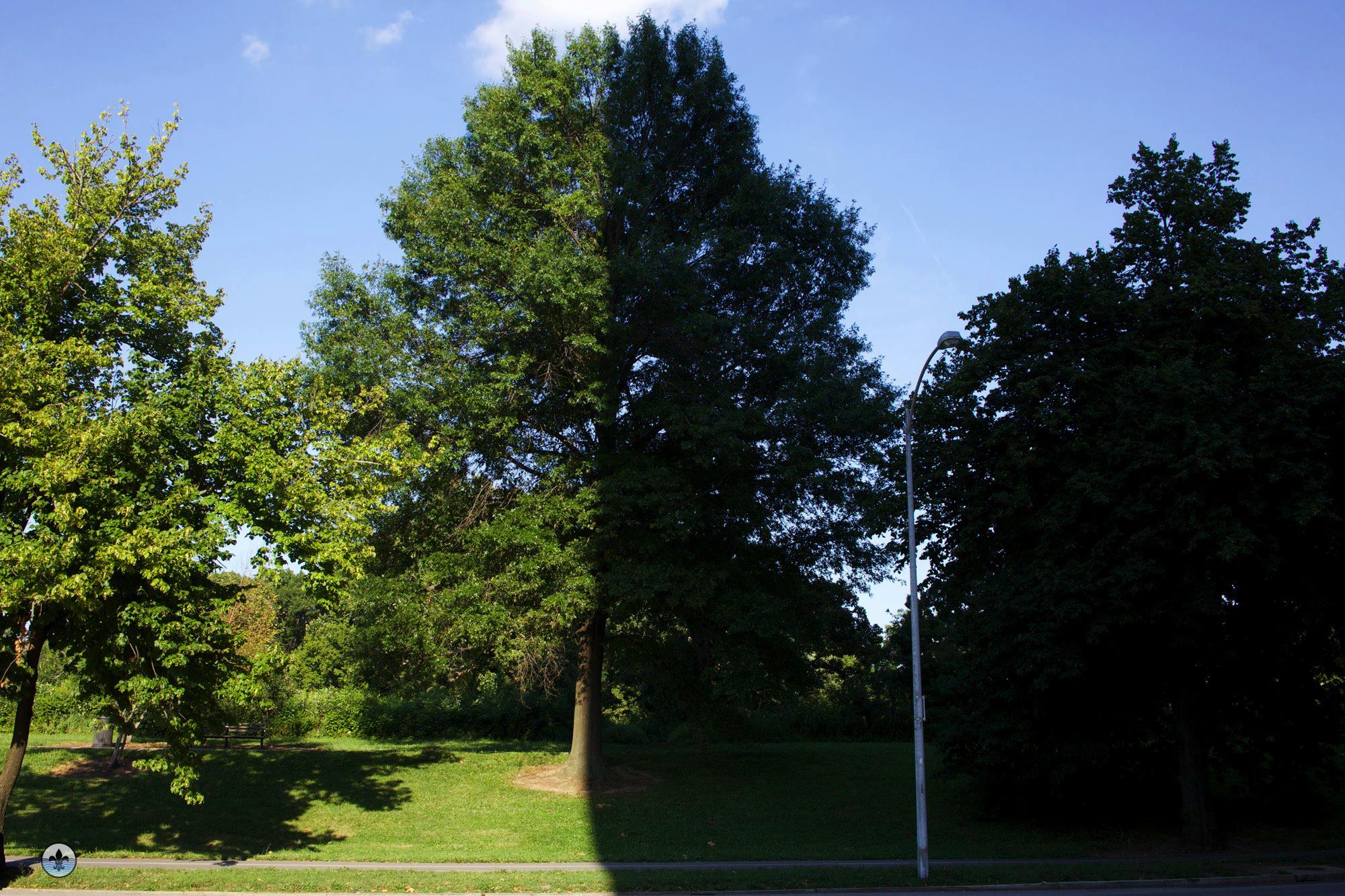 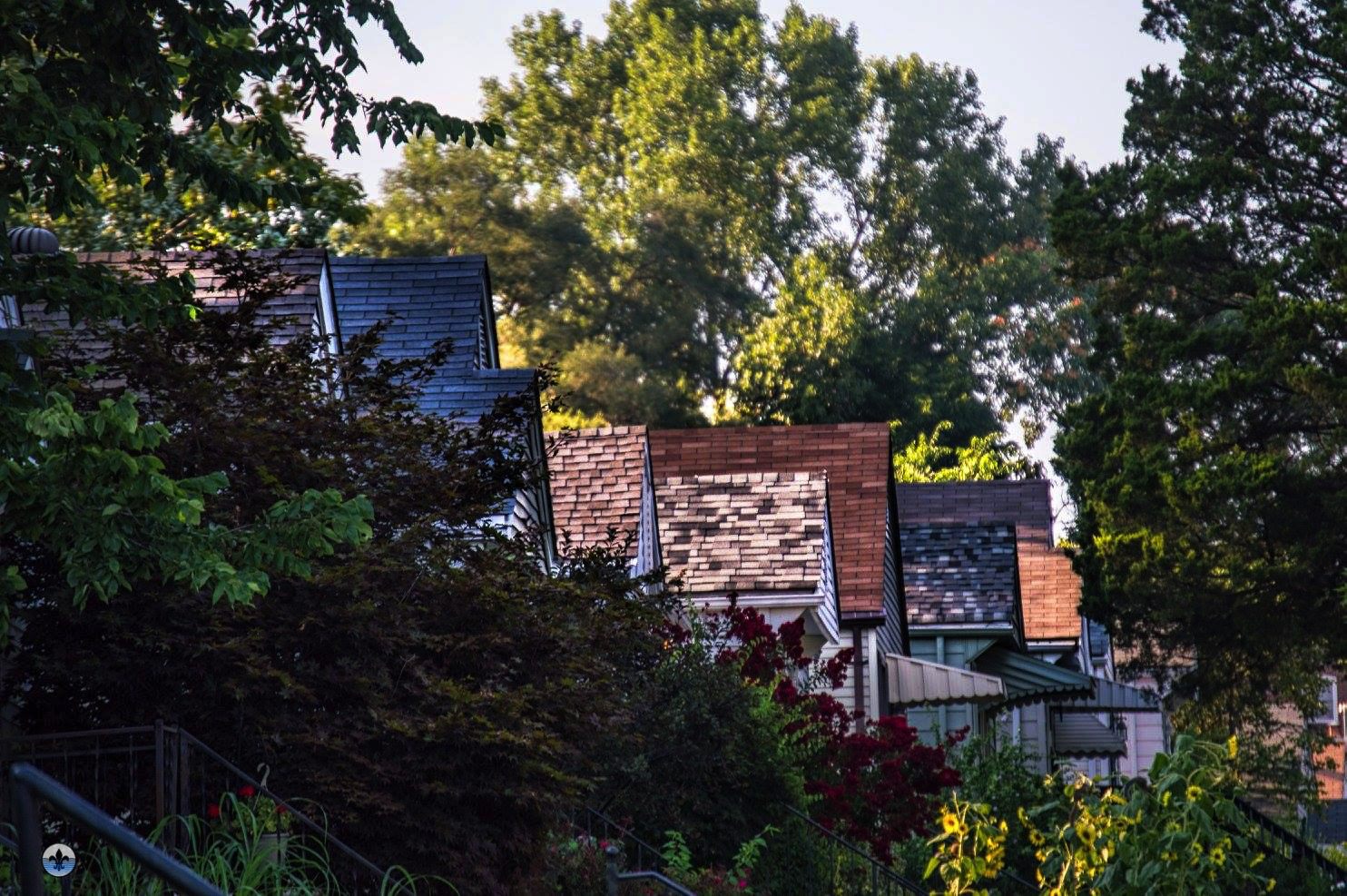 By 1896, two streetcar lines had been extended to Forest Park, the Lindell Railway and the St. Louis & Suburban Railway.  These extensions enabled the Park to be reached by other than a horse and carriage, and would be central to how visitors entered and exited the Park during the World’s Fair.  For our neighborhoods, the Lindell Line would be the more significant of the two, since it stretched a vein along the northern border of Hi-Pointe, through Wydown Skinker, and into Clayton (part of what elicited Wydown Skinker’s built environment as so closely resembling that of the St. Louis County seat nearby).

For Hi-Pointe, the Missouri-Pacific and the St. Louis & San Francisco Railroads (both transcontinental spurs), which criss-crossed nearby Ellendale and Franz Park to the south, were equally significant. 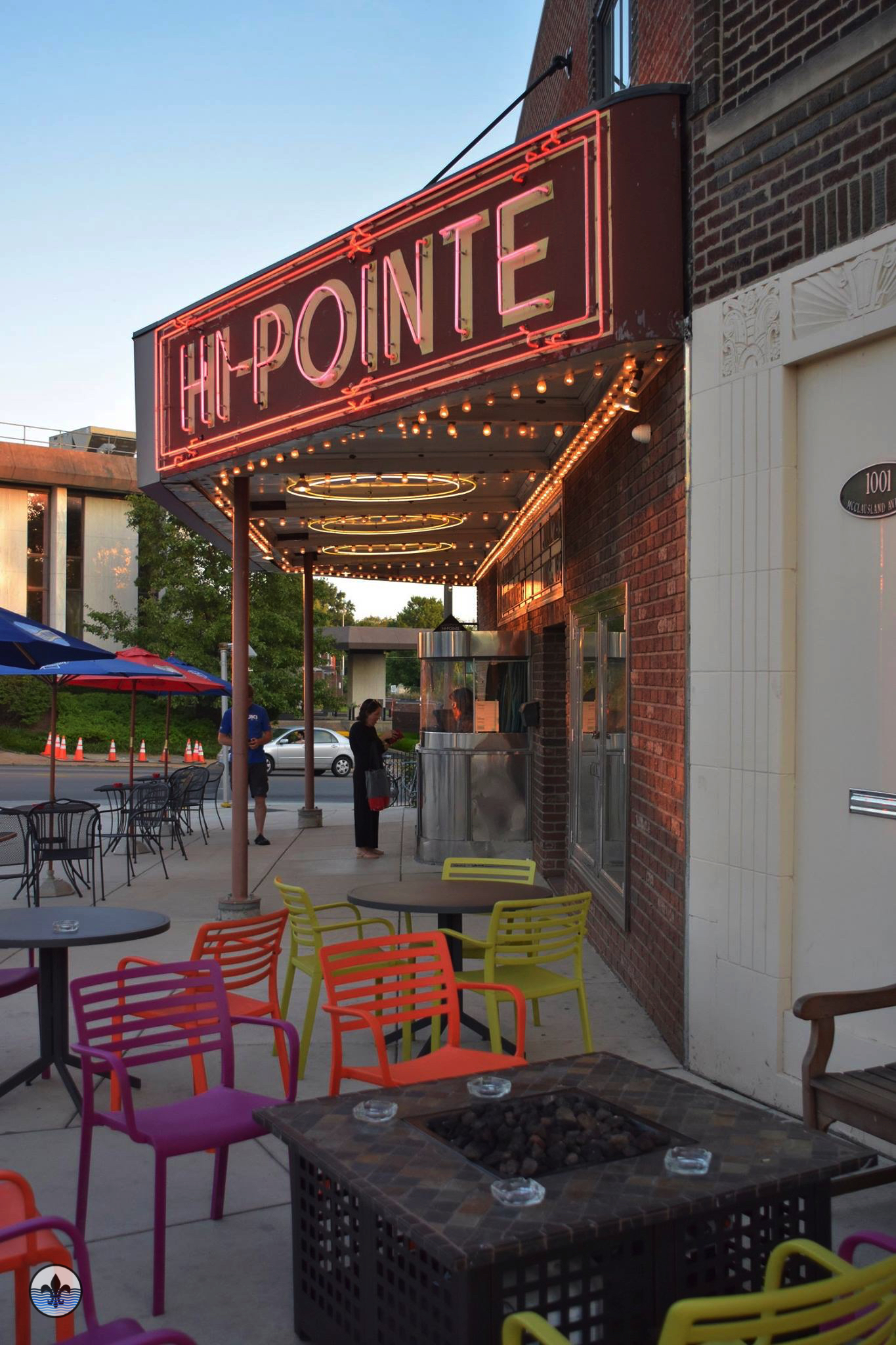 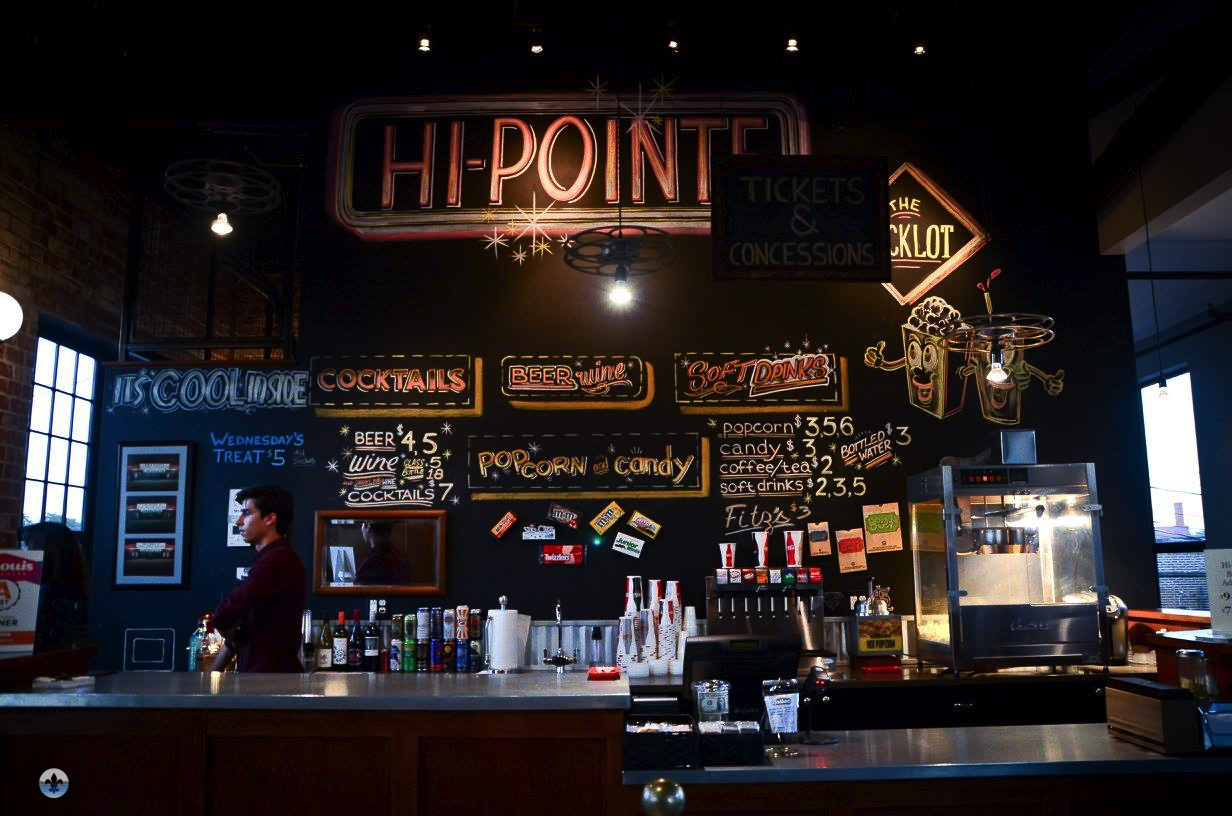 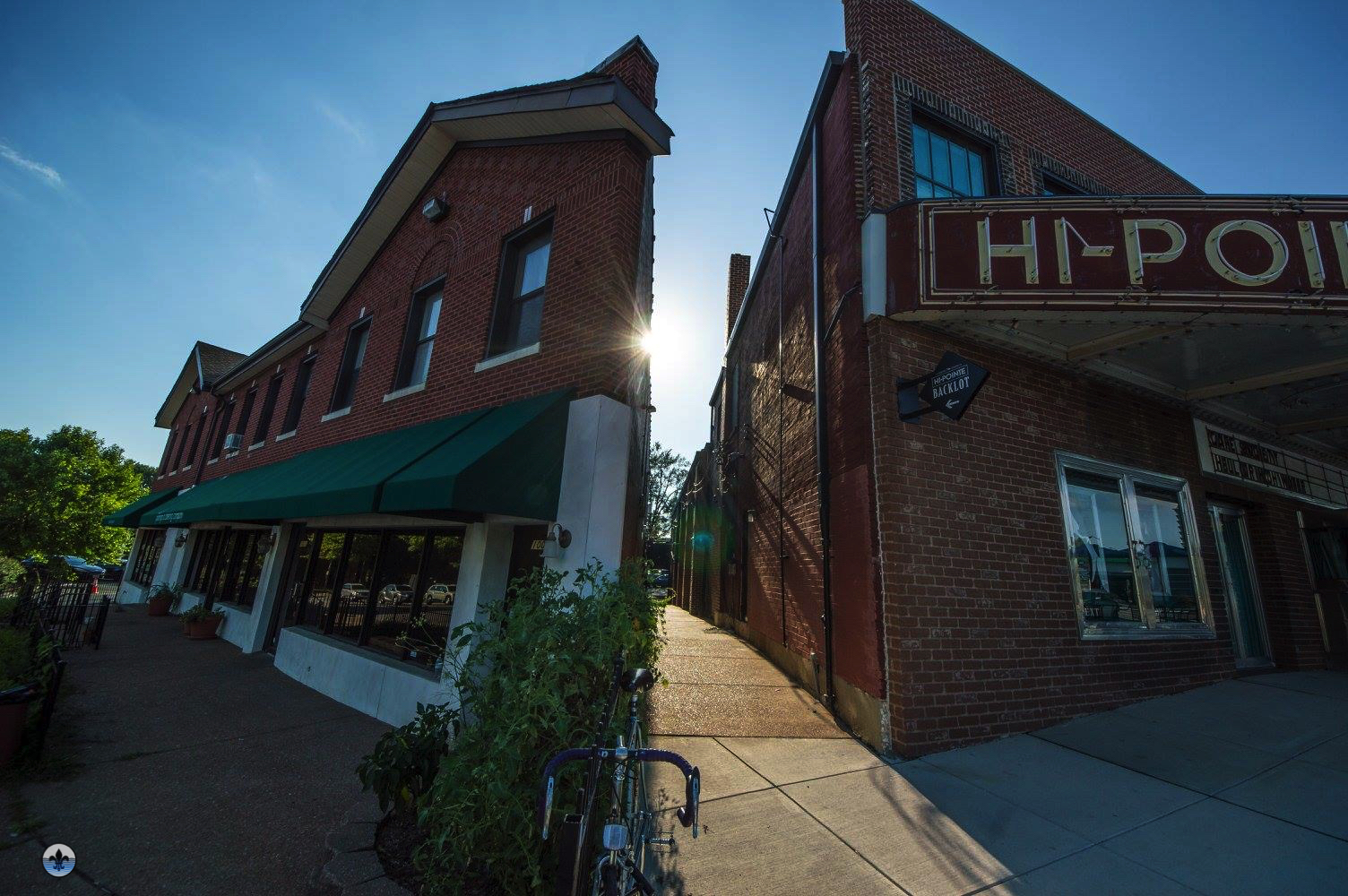 Hi-Pointe is one of five neighborhoods that together form the area referred to as “Dogtown”.  The origins of this term are myriad, but the most reasonable explanation owes to why the area was settled in the first place, mining.  In this case, a “dog town” references the groupings of small shack settlements clustered around established mining operations, basically, “dogs” that “watch out for” or otherwise protect the mines.  Long before most of the five neighborhoods mentioned above began to form their own distinct identities, this “dog town” had another name: Cheltenham.

Around the time that Thomas Skinker purchased his land, coal was discovered just south of Forest Park.  Early attempts at extracting the coal revealed it to be shale, but also uncovered the presence of clay.  In 1844, the first successful clay mine was set-up, just east of modern Hi-Pointe, and it was a veritable cascade of mines that followed.  The mines contributed fire clay to pottery and other wares, but most importantly, they supplied the raw material for St. Louis’ distinctive red bricks.  By 1895, there were more than fifty brick yards operating in the city and county because of the clay mines of Cheltenham, which produced in that year, more than 3 billion bricks.  In the area of Hi-Pointe, there were only four clay mines in operation: Highlands #4 (had 7′ by 6′ entry tunnels), Missouri Fire Clay Mine, Grandview Fire Clay Van Cleave Mine, and Missouri Fire Brick Mine.  As mentioned in our article on Columbus Square, work in the clay mines and brick yards of Cheltenham was what drew Irish immigrants from north of Downtown to the area and is the reason for the characteristic “Irish” flare of Dogtown.

For the most part though, both Hi-Pointe and Skinker Wydown were settled and developed after 1900 as previously mentioned, which means that there is still an oral living history for much of the neighborhoods’ proper existence.  History is exactly what I ran into in Hi-Pointe when I met Mark Eisenberg (below), who welcomed me and another member into his home, and allowed us a peak at his incredible collection of St. Louis postcards (some more than a century old!). 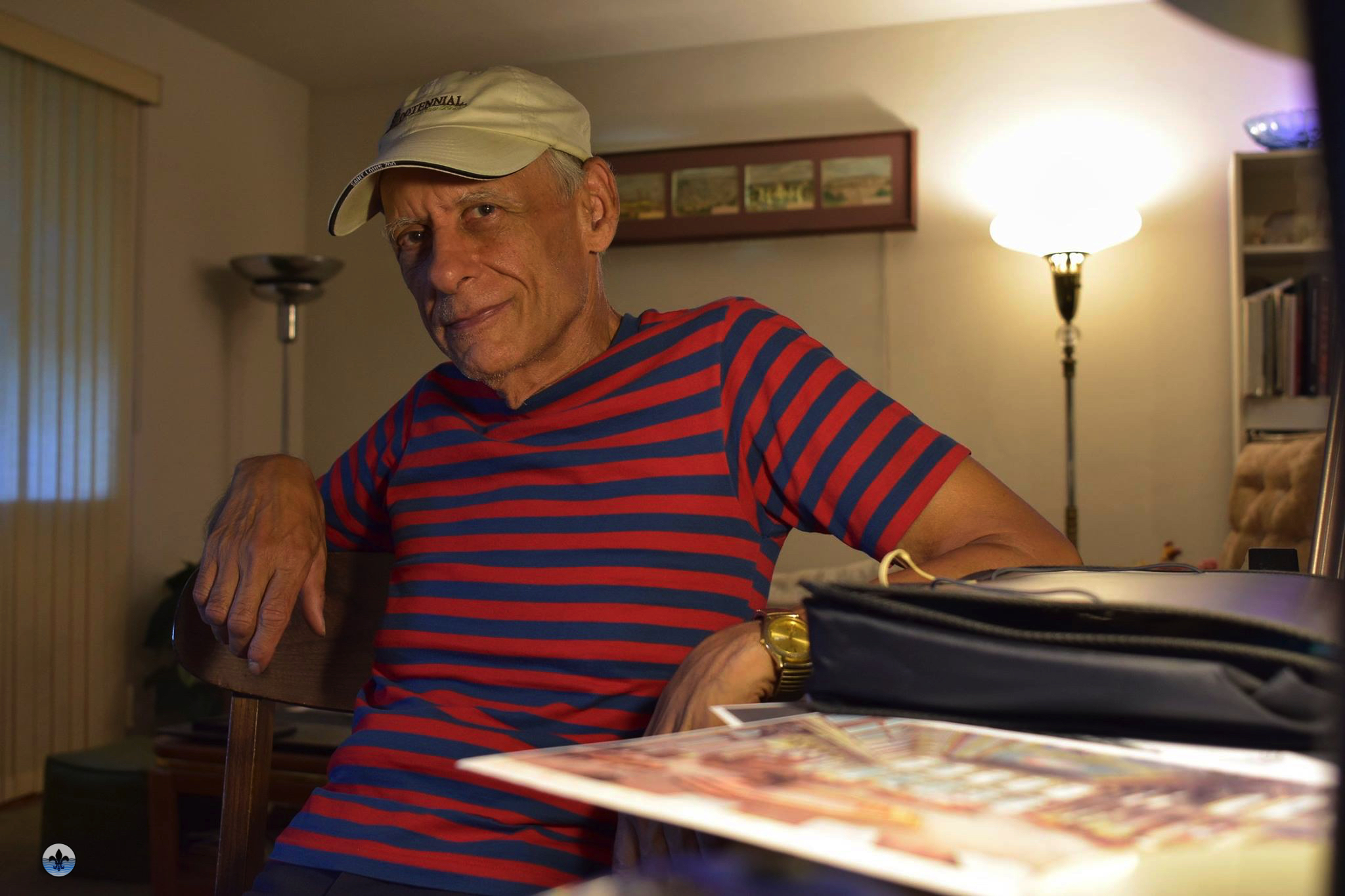 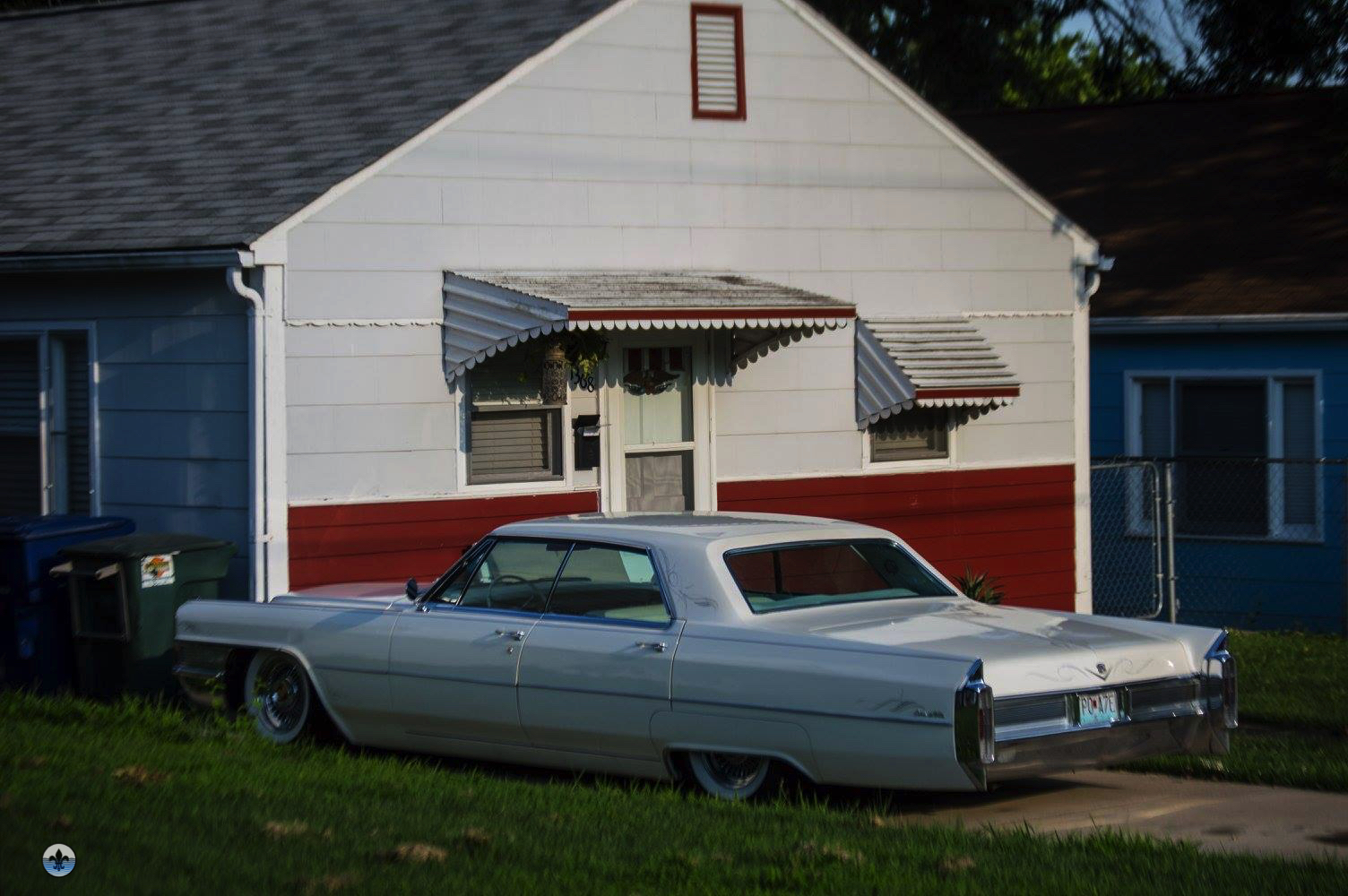 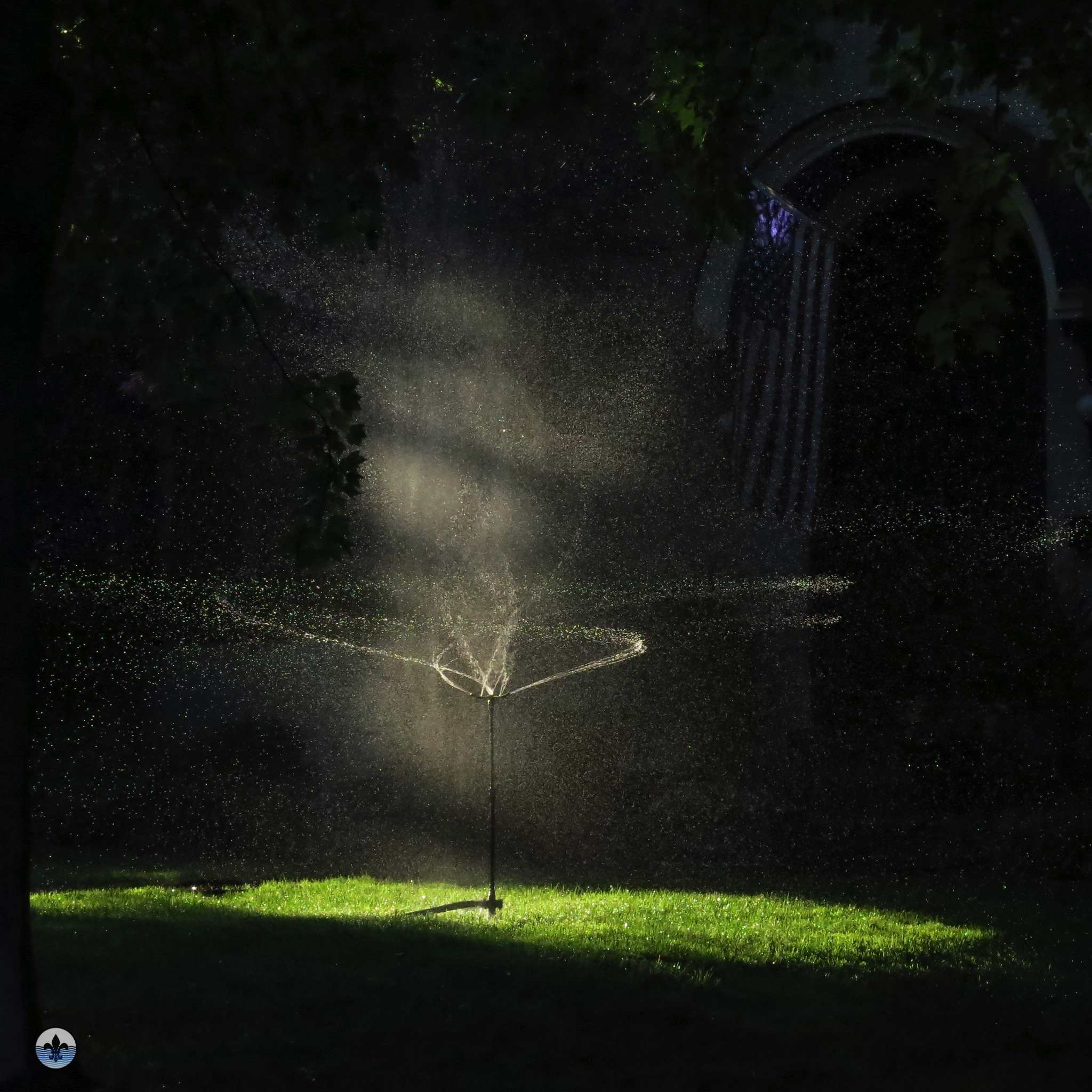 Today, both neighborhoods offer excellent opportunities for both visitors and residents.  The Hi-Pointe Theatre, a 1922 gem of a movie theater, provides one of the most distinctive cinema experiences in the whole region.  Nearby, in Wydown Skinker, the William Shearburn Gallery provides art exhibitions of national significance.  Meanwhile, restaurants, like Basso (see endpoint) offer delectable dining options, and ivy league Washington University‘s campus occupies part of the neighborhood’s northernmost area.  Oh, and there’s always the World’s Largest Amoco Sign!  In fact, in a recent survey conducted by Local.Niche.com, both neighborhoods wound up in the top five for “Best Neighborhoods to Live in St. Louis, 2016”, with Hi-Pointe taking the number one spot. 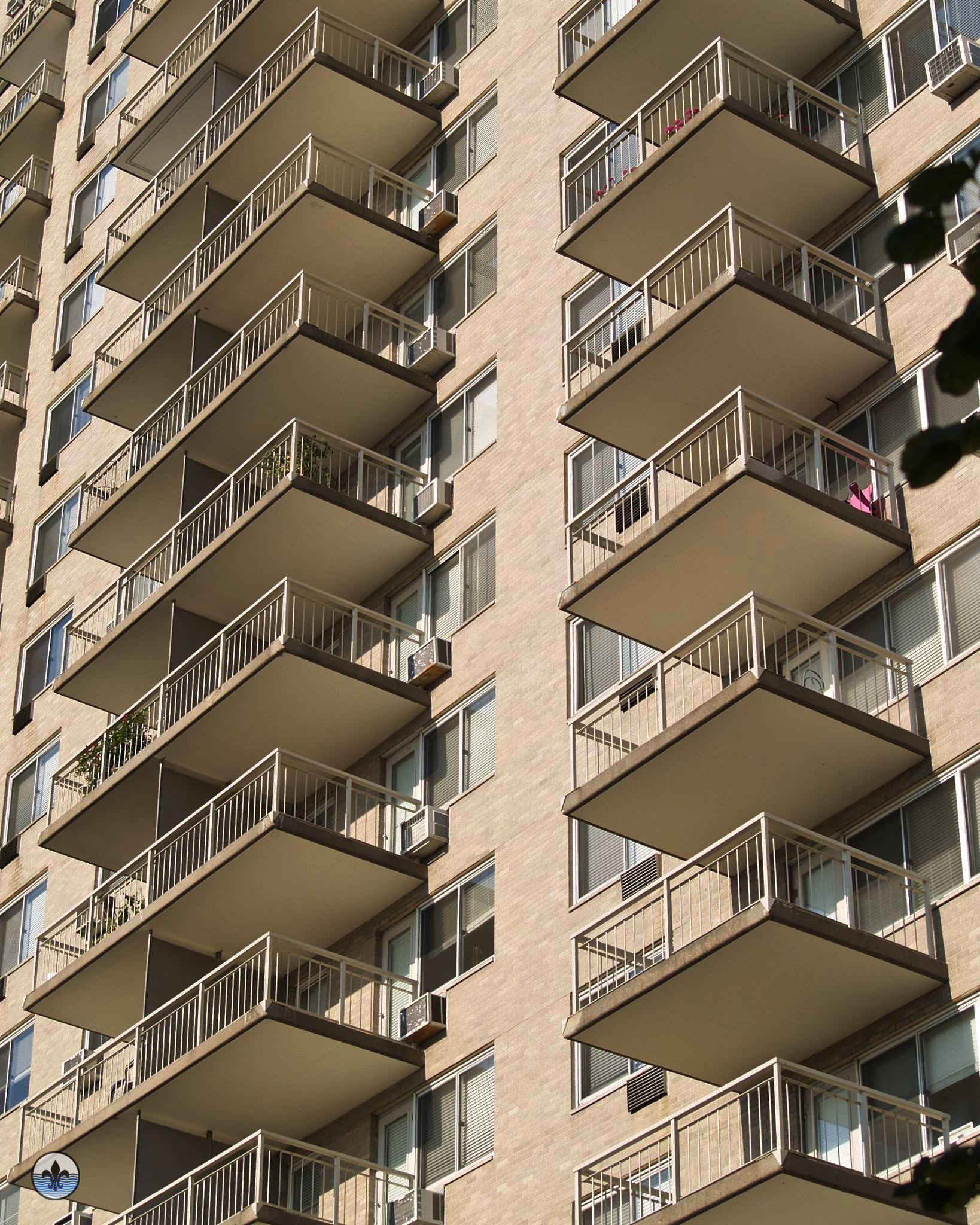 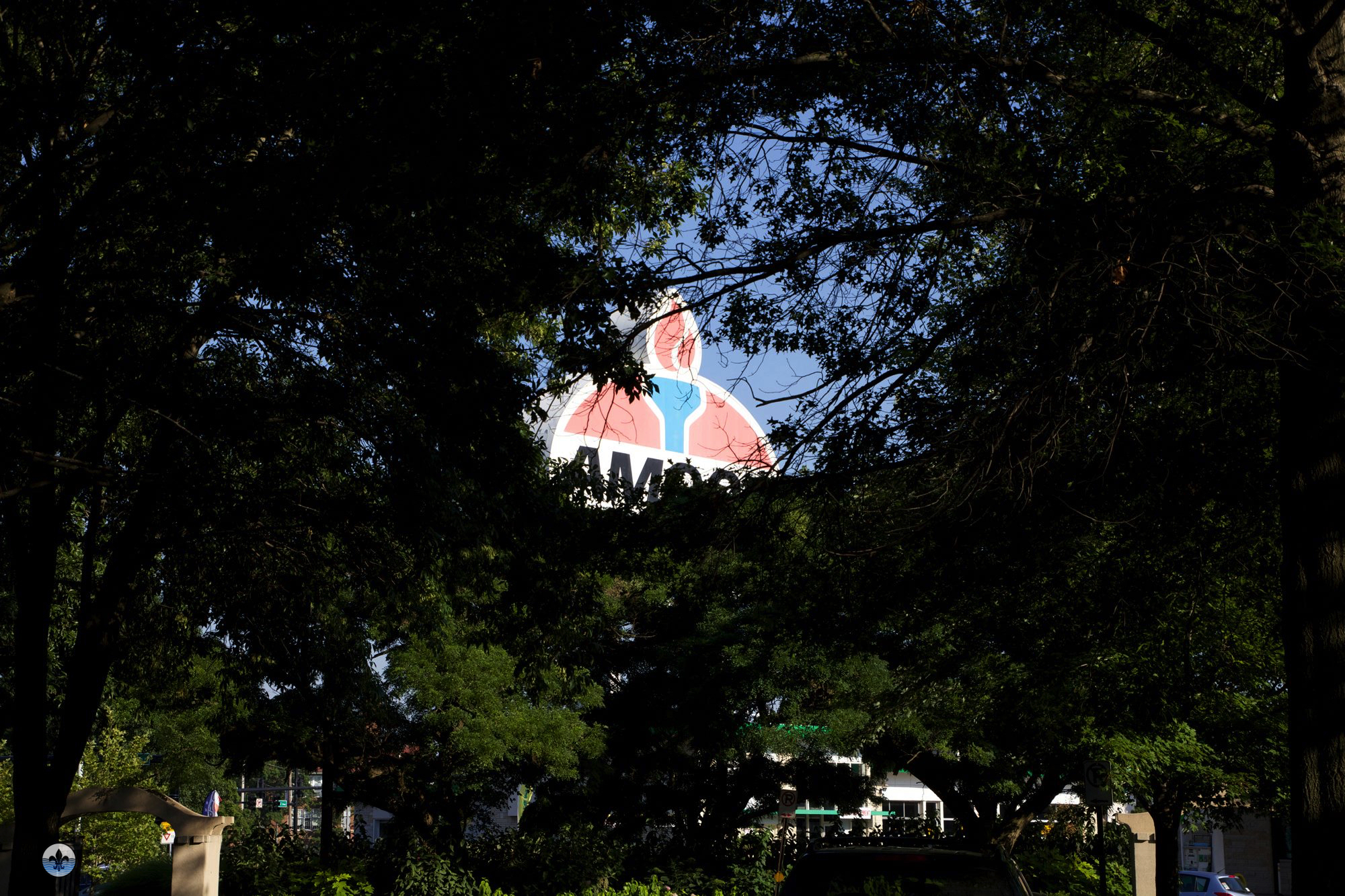 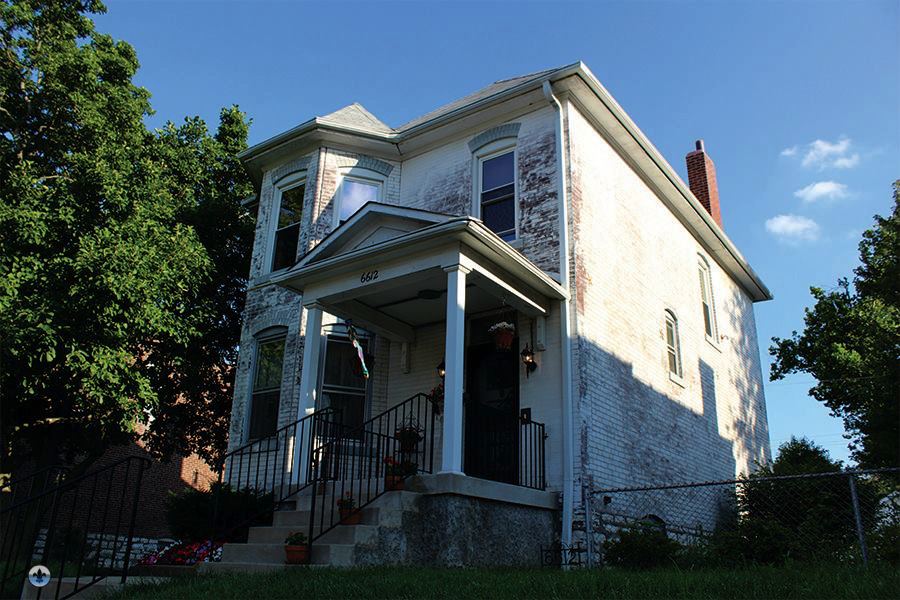 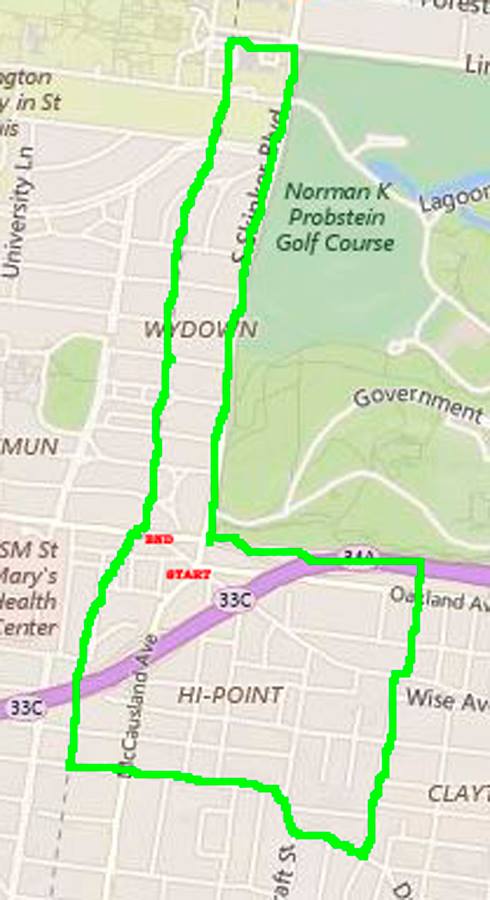 Our end point for Photo Flood 48 was Basso, the onsite restaurant for the infamous Cheshire Inn.  Even on a busy weekend night, the restaurant kindly reserved space for our party of twelve.  If you haven’t been to Basso yet, we highly recommend you go.  The Shishito Peppers and pizzas are delicious!