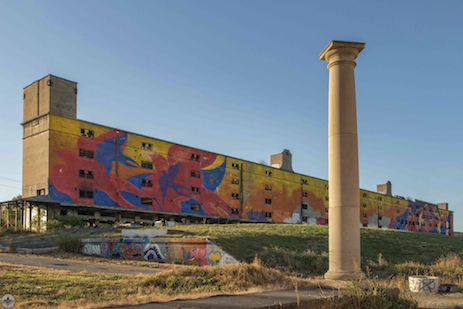 Near North Riverfront is a bastion of St. Louis’ past industrial might, so much so, that any stroll through the neighborhood could be considered a walk through a veritable museum of manufacturing. Many big businesses, like Proctor and Gamble, still call the area home for their local operations. The neighborhood is also one of flux, having at one time in its history been a sort of western suburb for the Cahokian civilization east of the Mississippi, it is now set to change dramatically again if the controversial, new football stadium proposal is successful. 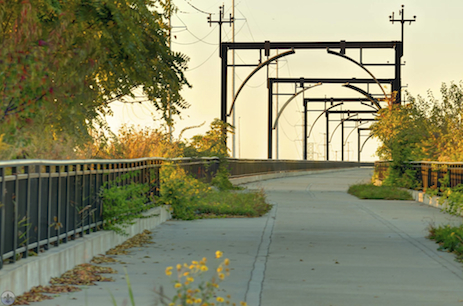 Photo Flood Saint Louis spent two hours on the ground in Near North Riverfront (mostly in its southern area). As dusk settled in, long shadows engulfed an industrial landscape unlike anywhere else in the city; a landscape unfortunately on the edge of permanent oblivion. If the St. Louis NFL Stadium Task Force gets its way, then a demolition team could begin razing buildings in this neighborhood as early as 2016. This destruction would include the historic Cotton Freight Depot Building, an industrial behemoth long abandoned, but still beloved. One of the six principles presented by the Task Force (via Missouri Governor, Jay Nixon) is that “the project must result in the redevelopment of a blighted area that would remain blighted if not for the construction of a stadium.” Whether or not Near North Riverfront would remain blighted without the stadium construction seems to be the question at the crux of the opposition. After all, development has been occurring in the neighborhood over recent years; Bob Cassilly’s Rootwad Park (the artist’s final, commissioned, public work), Bissinger’s Chocolate Factory headquarters, Great Rivers Greenway’s North Riverfront Trail, and Artica (a Missouri Arts Council-sponsored, annual art festival) are all examples. Not to mention, it is not exactly clear how an NFL stadium will spur such dramatic development when previous stadium-linked projects haven’t fully lived up to expectations. At the moment, there is still plenty of fight left on both sides of the argument, so it will be interesting to see how everything shakes out. 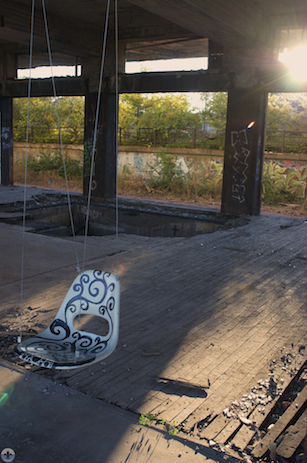 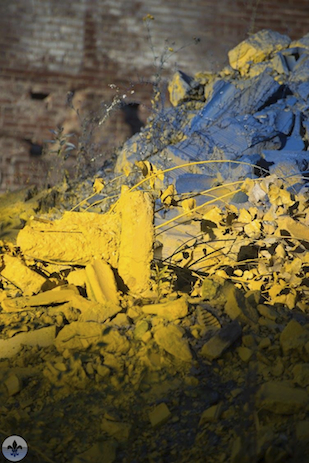 Starting again is a defining characteristic for the Near North Riverfront, which saw its first human settlement almost 1,000 years ago as an extension of the Mississippian civilization centered just to the east, called Cahokia. In 1250 CE, Cahokia was larger than any city in Europe at the time, and was the largest settlement in North America after those of the Mayans. Remnants of this civilization were left in the form of massive earthen mounds. As a result, St. Louis earned the early nickname “Mound City”, with its greatest assortment contained in the area that would become Near North Riverfront. The neighborhood’s mounds, including the largest one west of the Mississippi called “Big Mound”, were eventually removed as the city expanded. 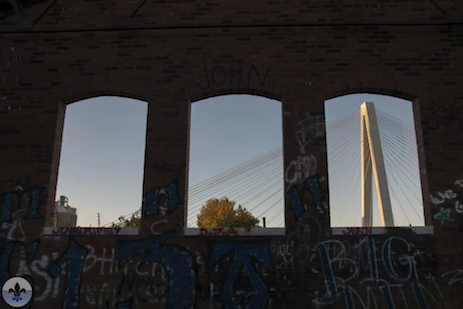 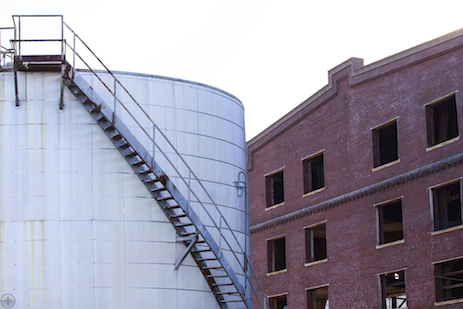 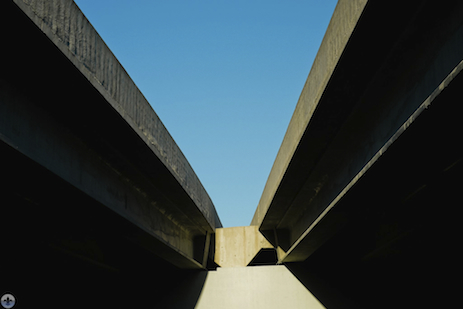 St. Louis was not the first settlement to follow the Mississippians for this neighborhood. Most of the area of current Near North Riverfront was a part of the village of North Saint Louis before it was annexed by its southern neighbor in 1841. During its early period, North Saint Louis’ riverfront was a vibrant place of river commerce, a legacy passed forward even to this day. That said, it was not river traffic that cemented this area’s industrial might. In 1867, three brothers formed Mallinckrodt Chemical Works on almost 40 acres of farmland near the river. By World War II, this site was a significant producer of enriched uranium and other chemical material vital to the U.S. war machine. No doubt, Mallinckrodt’s early success helped usher in a principal era for the North Broadway Business District, with its spectacular assortment of brick warehouses and manufacturing facilities dating back to the turn of the 20th Century. 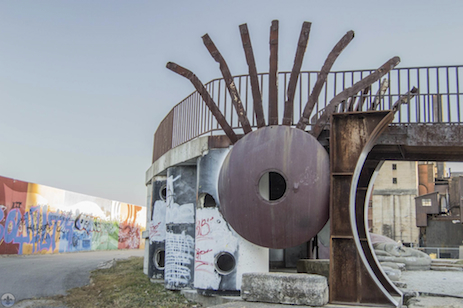 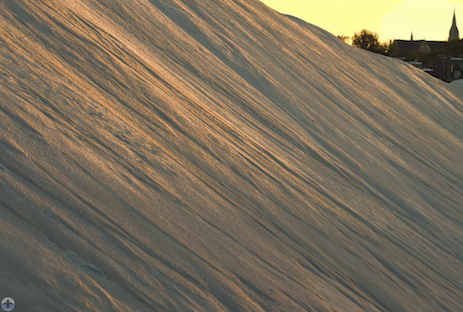 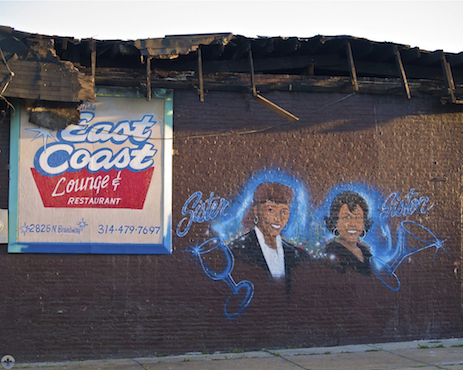 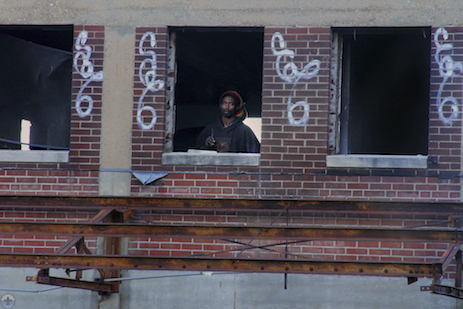 Today, with an uncertain future, Near North Riverfront appears an intriguing mix of its many pasts. For the visitor, there is plenty to see, especially for those keen on the history of the region. For photographers, as these images attest, there is near limitless subject matter. Whatever happens regarding the proposed stadium, St. Louisans should learn to embrace this neighborhood better, if not for where it is going, then for where it’s been. 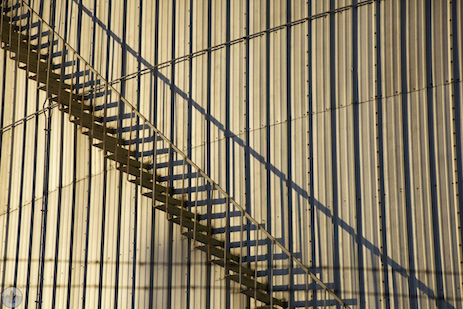 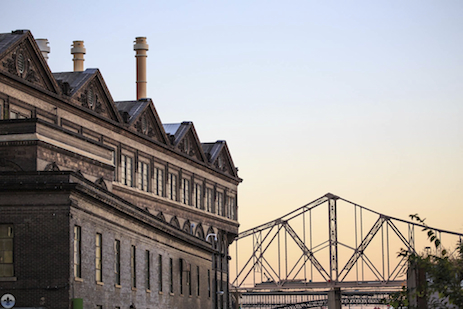 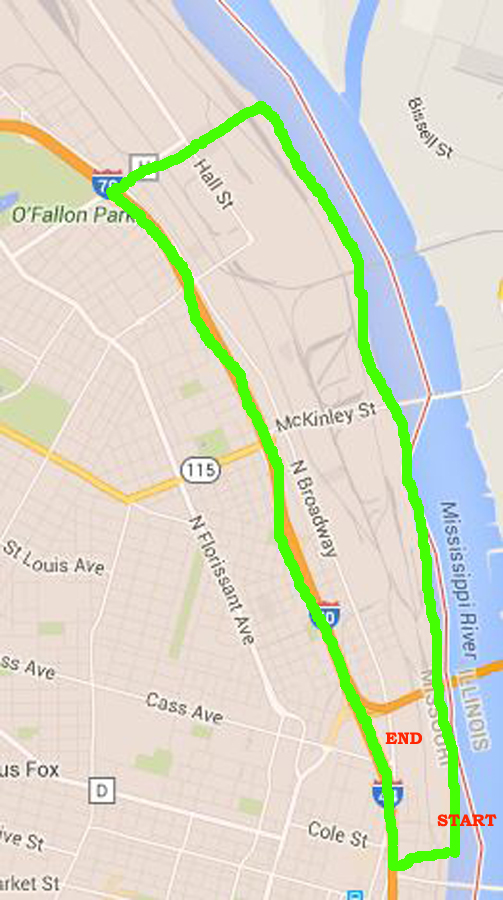 Our end point for Photo Flood 39 was Shady Jack’s Saloon, a biker establishment of some reputation. On our visit, this reputation extended to include great service and food. 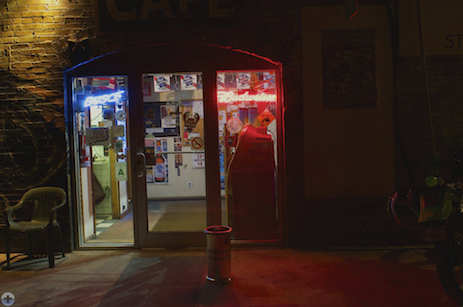