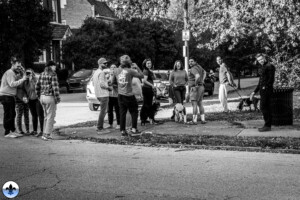 Benton Park was last visited by Photo Flood STL in September 2013, being the 14th flood. Most of us weren’t in the group then and for many of us it was the first visit to the neighborhood. With Cherokee Street as its southern border and Budweiser Brewery and Soulard neighborhood just across Interstate 55 the neighborhood appears to be a great place to  live and enjoy. The neighborhood itself is full of destination spots itself. Within its boundaries are the Lemp and Chatillion-DeMenil mansions, the Venice Café, and Gus’ Pretzel shop to name just a few. 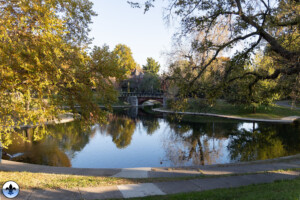 Originally a city cemetery in 1866 Benton Park was created by a city ordinance after the founding and creation of Bellefontaine and Calvary cemeteries in north St. Louis. The article for the first flood in this neighborhood has an extensive history of the area that I encourage you to read. http://www.photofloodstl.org/photo-flood-14-benton-park/ 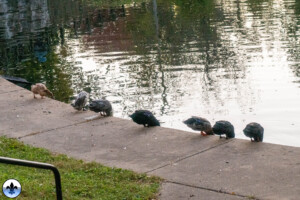 According to the St. Louis city website in recent years the neighborhood’s namesake park has been remodeled and landscaped using neighborhood rehabilitation funds as part of the Cherokee Pilot Rehabilitation Area. 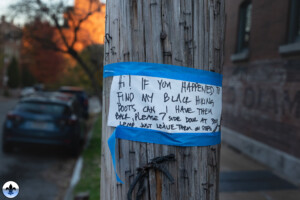 Our meeting spot was at the neighborhood’s namesake park and it was well used. A couple of fishermen were trying their luck in the pond and there were plenty of dog walkers and joggers taking advantage of the area. 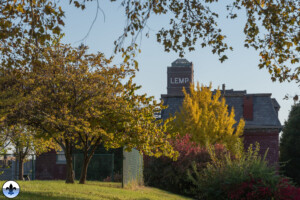 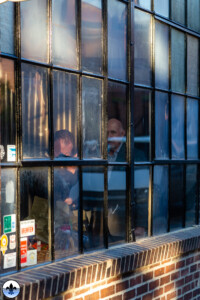 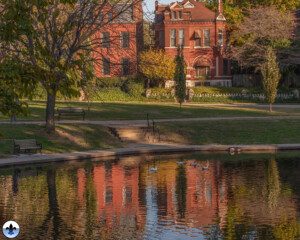 An interesting fact about Benton Park is that it is home to many caves that are part of the St. Louis lore. The Chatillion-DeMenil Mansion stands near the original entrance to the Minnehaha Cave. 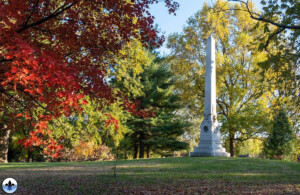 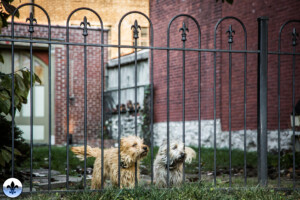 In 2020 English Cave was rediscovered in Provenchere Place in Benton Park. Photo Flood member Chris Naffiziger wrote an extensive article about the search and rediscovery of the cave for St. Louis Magazine. The article can be found at https://www.stlmag.com/history/english-cave/ 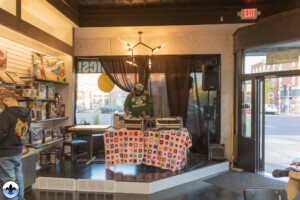 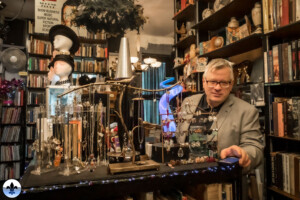 During our walk the neighborhood seems to have done well with revitalization and the majority of the homes seemed to be in very good condition. The community has a very active neighborhood association and it shows. 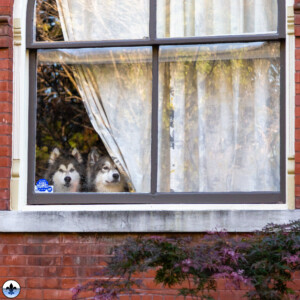 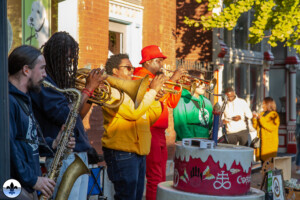 It was an active afternoon during our visit to the neighborhood.  The weather was fantastic and made for a pleasant walk. A jazz festival was going on along Cherokee Street and there was live music and lots of people out enjoying the sounds and the great weather. 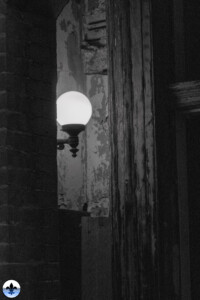 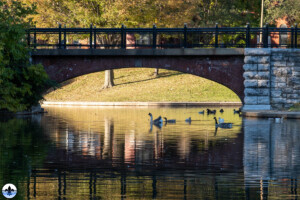 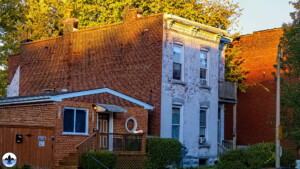 In 2005 Benton Park West was added to the National Register of Historic Places as part of the Gravois-Jefferson Streetcar Suburb National Historic District. 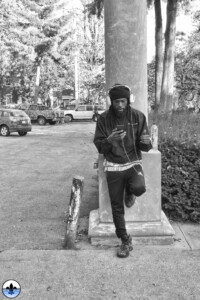 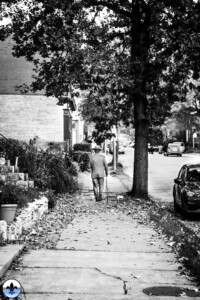 If  you’ve never visited the neighborhood before I highly encourage doing so. With a beautiful park, wonderful architecture, and variety of things to do within walking distance it is easy to see why it’s a desirable place to live.