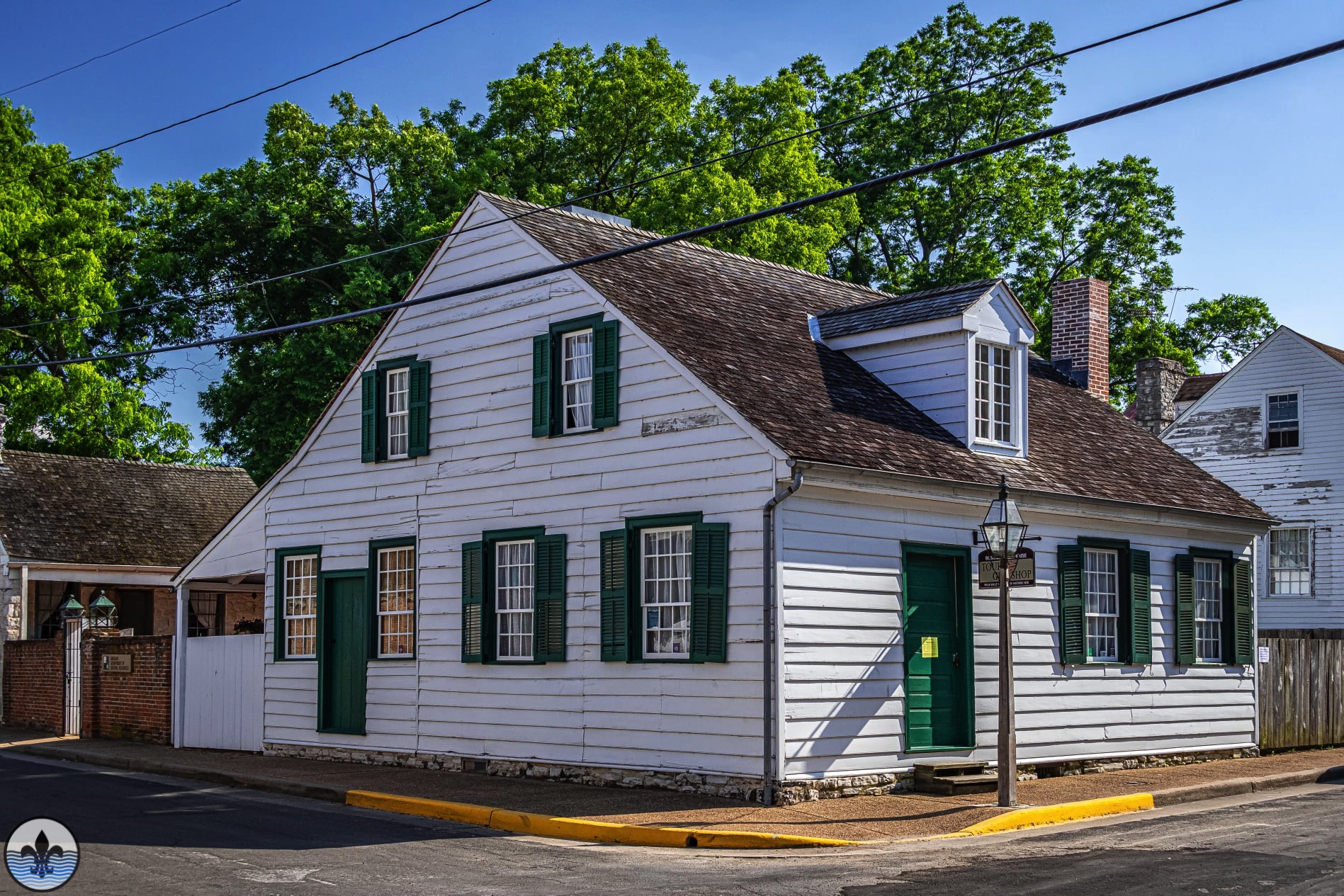 The oldest continuous European settlement in Missouri, Ste. Genevieve was the principle northern outpost for the Louisiana Territory for several decades before and after St. Louis was founded. 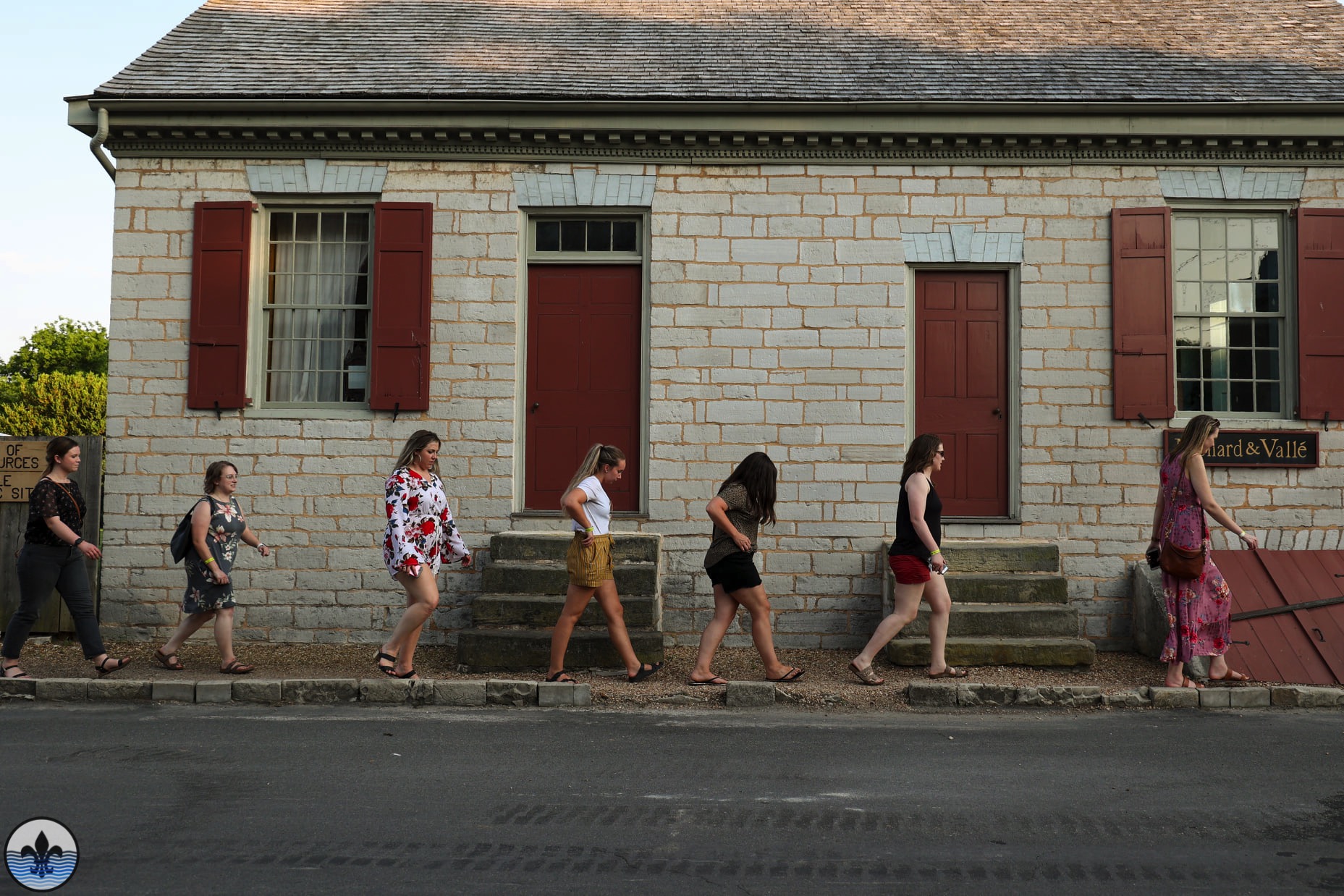 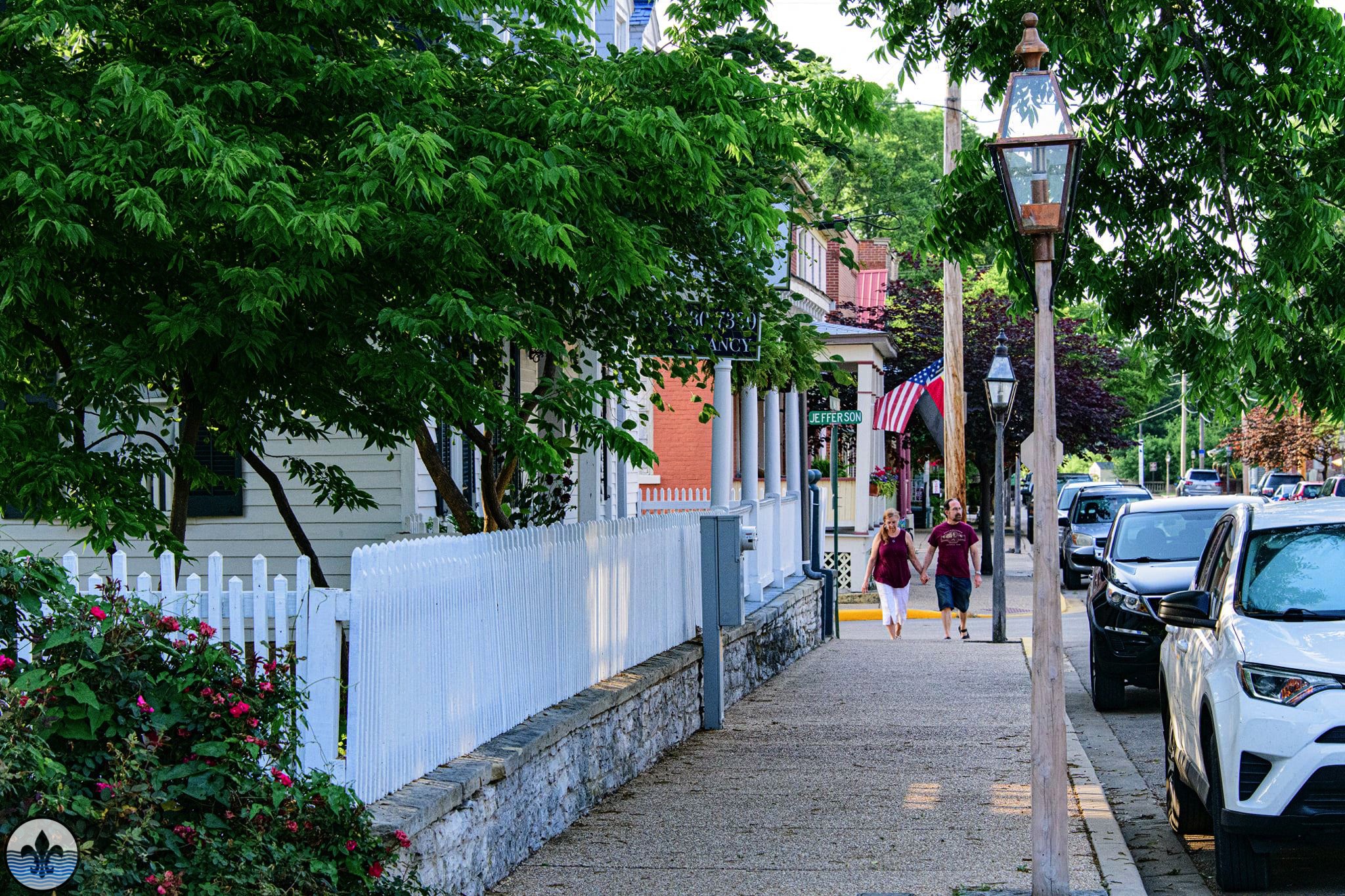 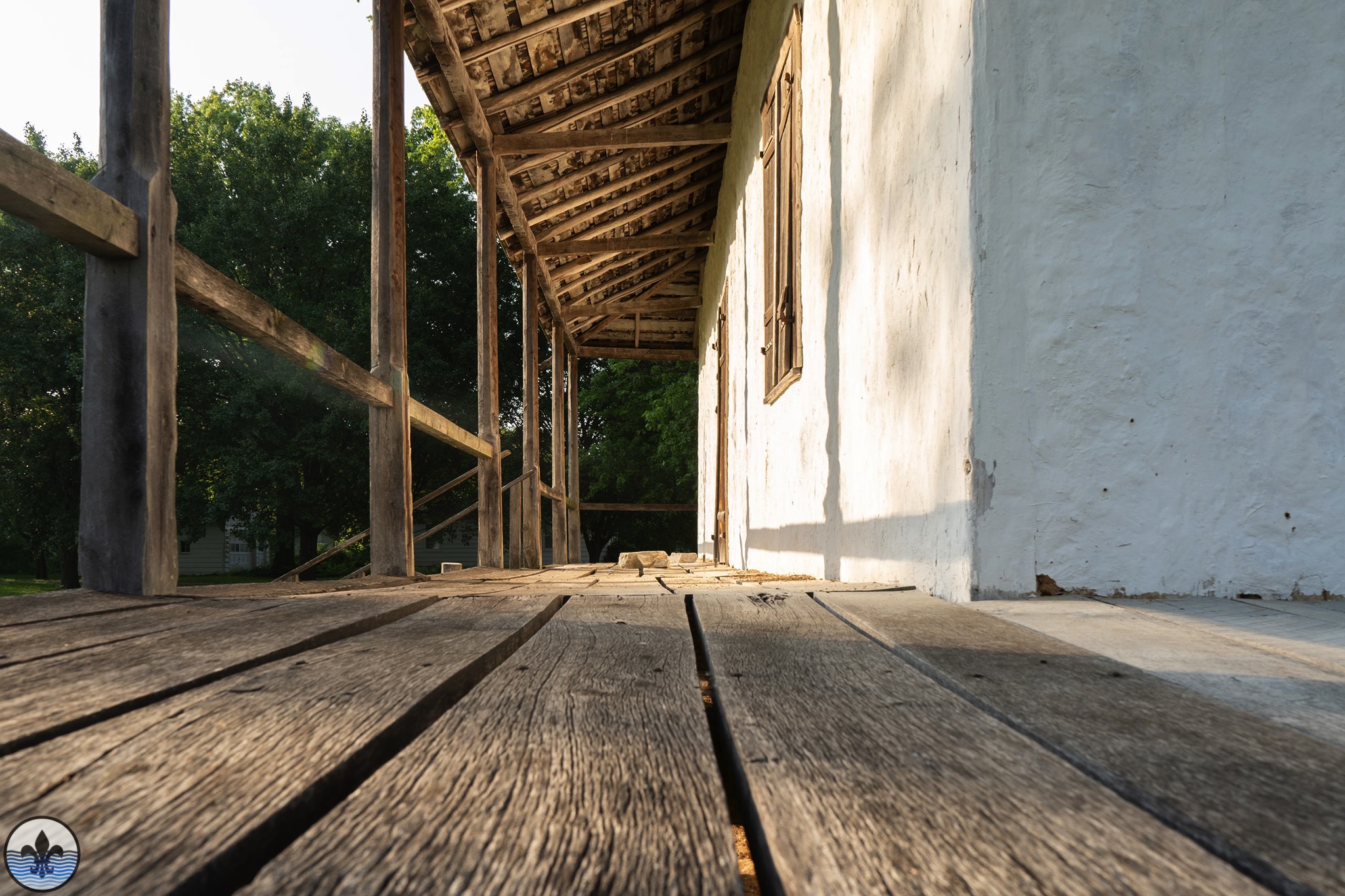 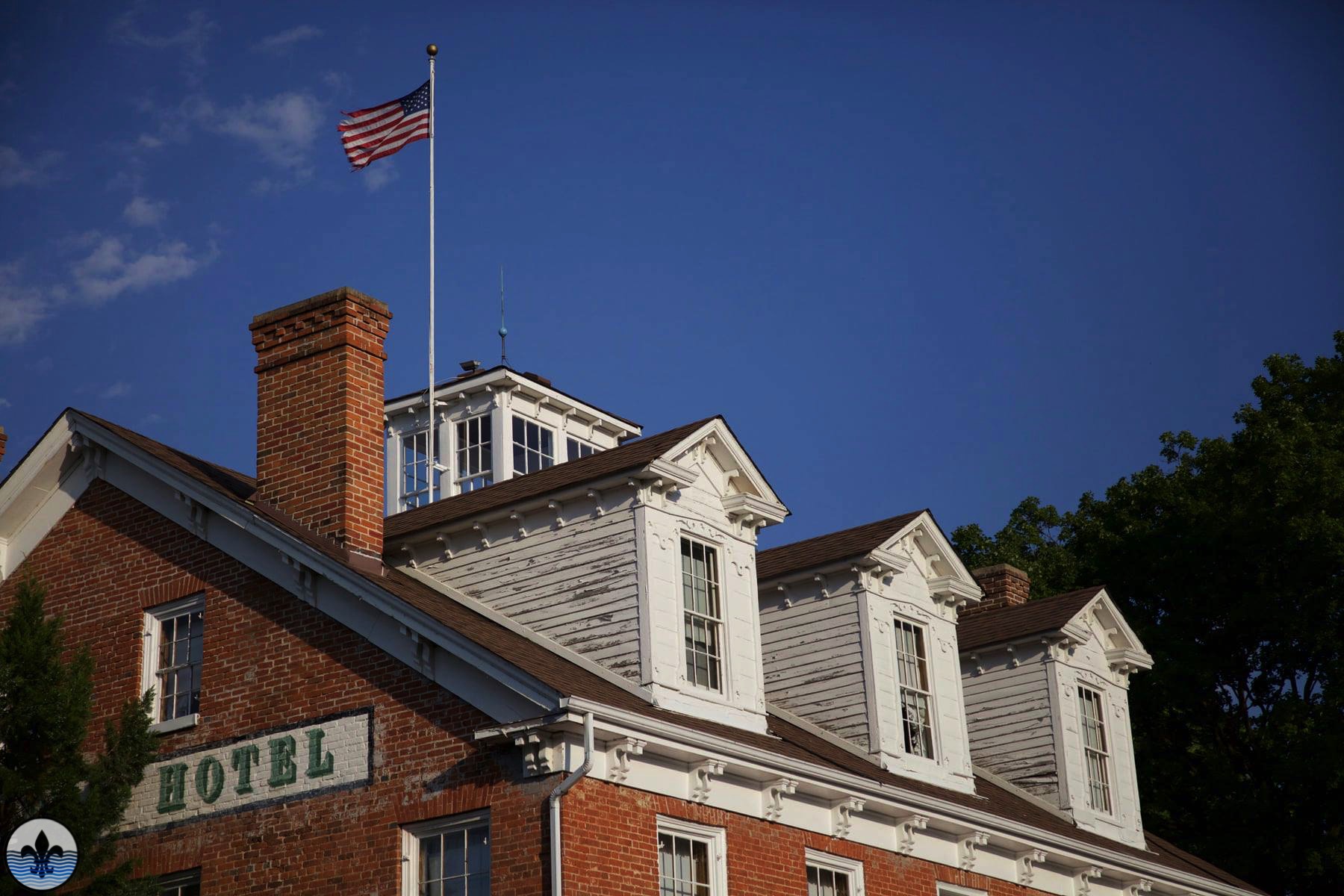 Like most things where history is involved, there is some argument about the claims made about Ste. Genevieve. For instance, the town is noted as being settled in 1735 (some accounts suggest as early as 1715), though some will point out that the first plots of land were not sold until the 1850s, and then there is also the fact that the community moved three miles north from its original location, following a devastating Flood in 1885 (so what does “first permanent settlement in Missouri” mean?). What’s inarguable, however, is that the town’s intact community is the oldest in the state (that it started a few miles down the road is not important), and in terms of other early communities in Missouri, like St. Louis or Carondelet, Ste. Gen has indisputably done the best job of preserving its French and Spanish heritage–especially in terms of its built environment. 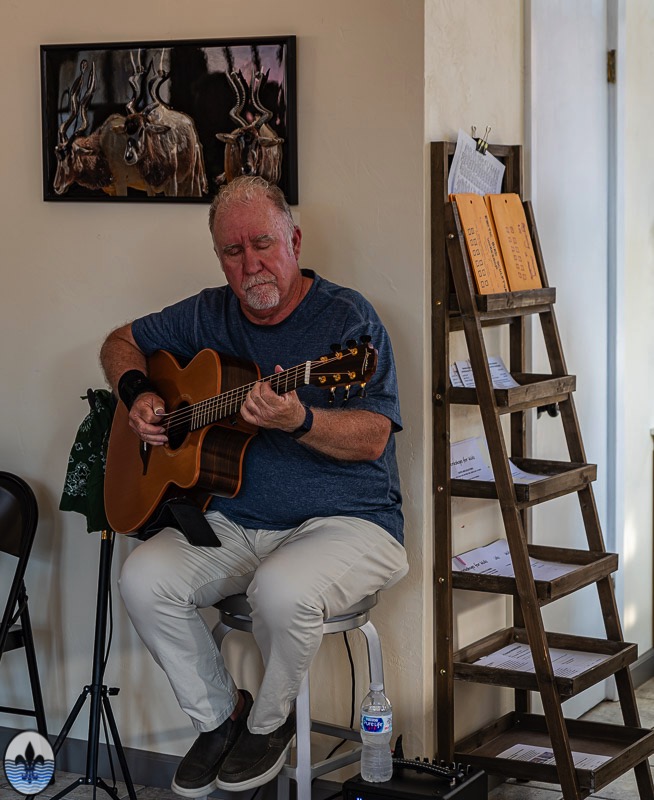 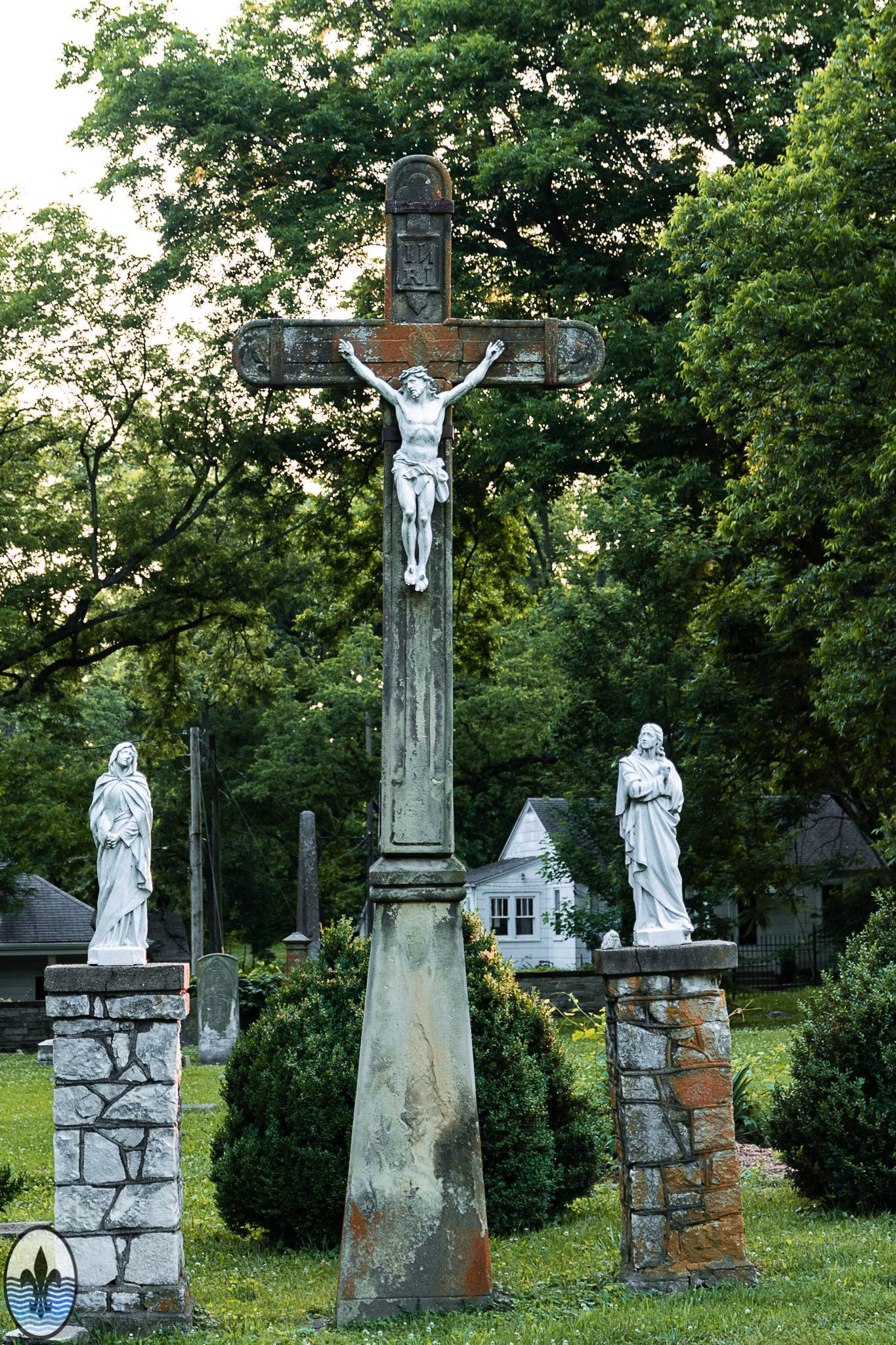 The origins of Ste. Genevieve are tied to those of one of the oldest settlement in Illinois, which is just across the Mississippi River at Kaskaskia. This community was settled by French Jesuits around 1700. Following three decades of farming and growth in Kaskaskia, some of that village’s residents ventured across the Mississippi in search of new fertile ground and began cultivation on what is now the Missouri side–thus expanding the village’s agricultural area. These Kaskaskia residents built primitive structures and established the origins of what would later become known as Sainte Genevieve, though at the time, this “settlement” was merely considered an extension of Kaskaskia.

By 1750, the population on the Missouri side had grown into a small village unto itself, and so Sainte Genevieve was named, laid out for development, and the first plots of land were sold. A fenced-in, commons field, similar to those later on in St. Louis and Carondelet, was established over several thousand acres along the Mississippi River. 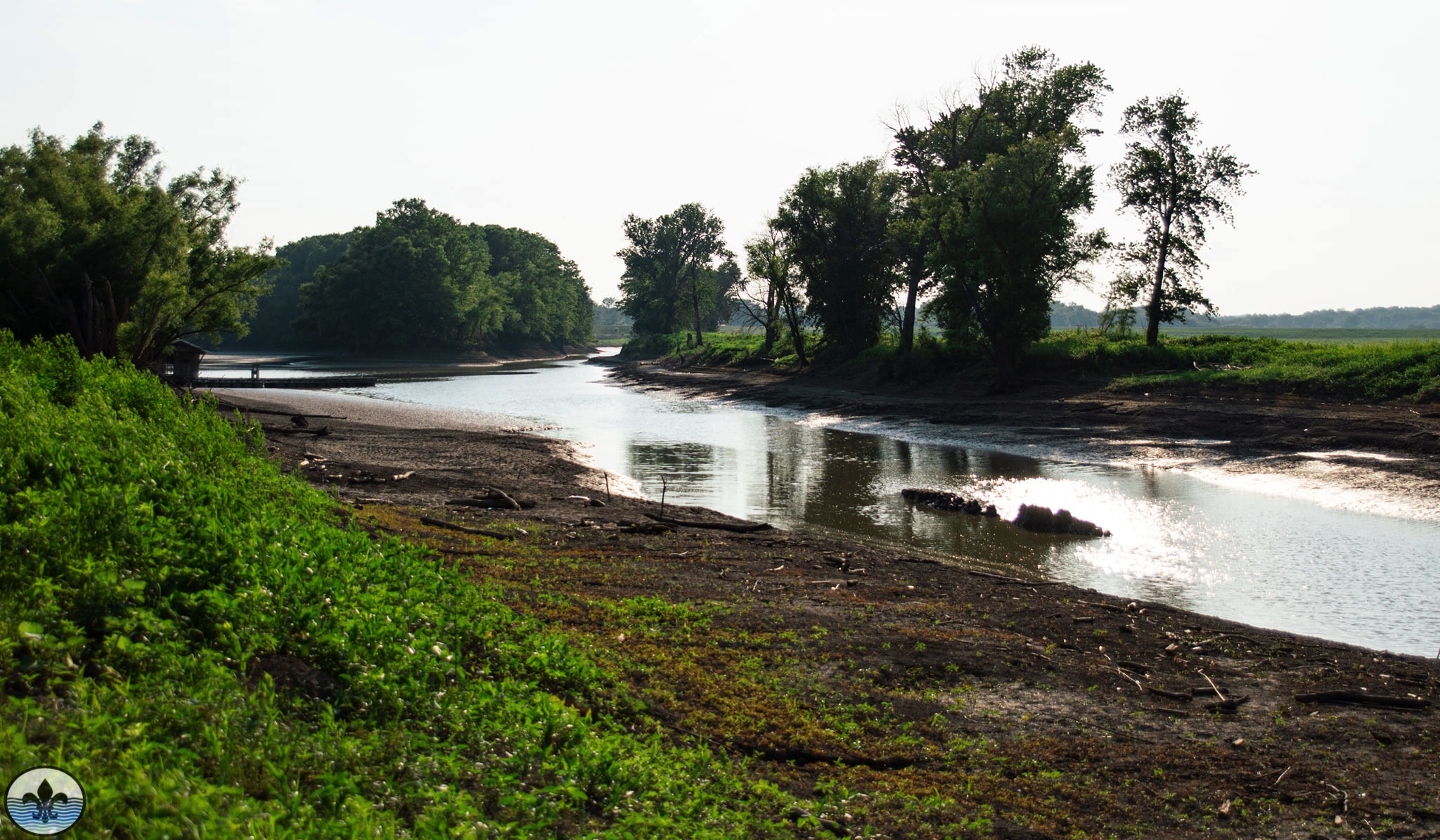 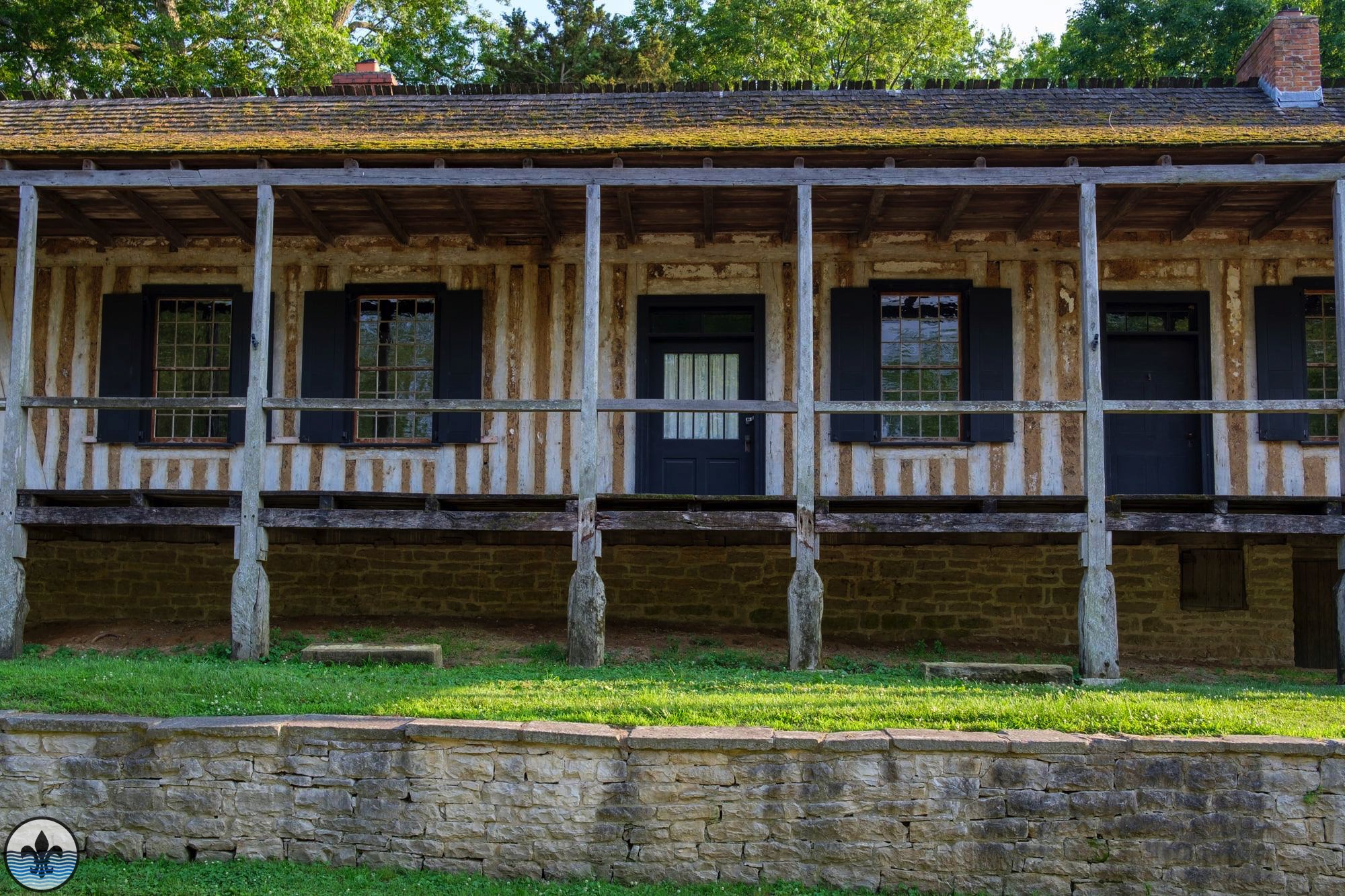 The Seven Years’ War of 1754-1763, transferred control of France’s Illinois Territory over to the British and its Louisiana Territory over to the Spanish. As a result, the population of Ste. Genevieve ballooned with new French settlers from Kaskaskia (and elsewhere), who were seeking to avoid political or religious persecution (Spanish customs and law better favored the French, and frankly, a move across the river put another military power in between those French settlers and British imperialism). This movement of French settlers across the Mississippi also provided St. Louis, founded in 1764, with most of its earliest residents.

Until the devastating flood of 1785, Ste. Genevieve prospered as Missouri’s largest settlement and the principal one north of New Orleans in the Louisiana Territory. Following the flood, the town was moved gradually to its present site at higher ground, about three miles north. By 1800, the community was fully established at its new location, though was surpassed in terms of regional significance by St. Louis. It was also during this era that the iconic French log houses of Ste. Genevieve were constructed (of the five known to survive in the United States three are located here–in part comprising the new National Park established in 2020), and the old Catholic Church was deconstructed from its original location and rebuilt within the new town.

One might assume that with St. Louis supplanting Ste. Genevieve for regional dominance, that this would be the end of prosperity for this earliest of Missouri’s towns, but this was not so. 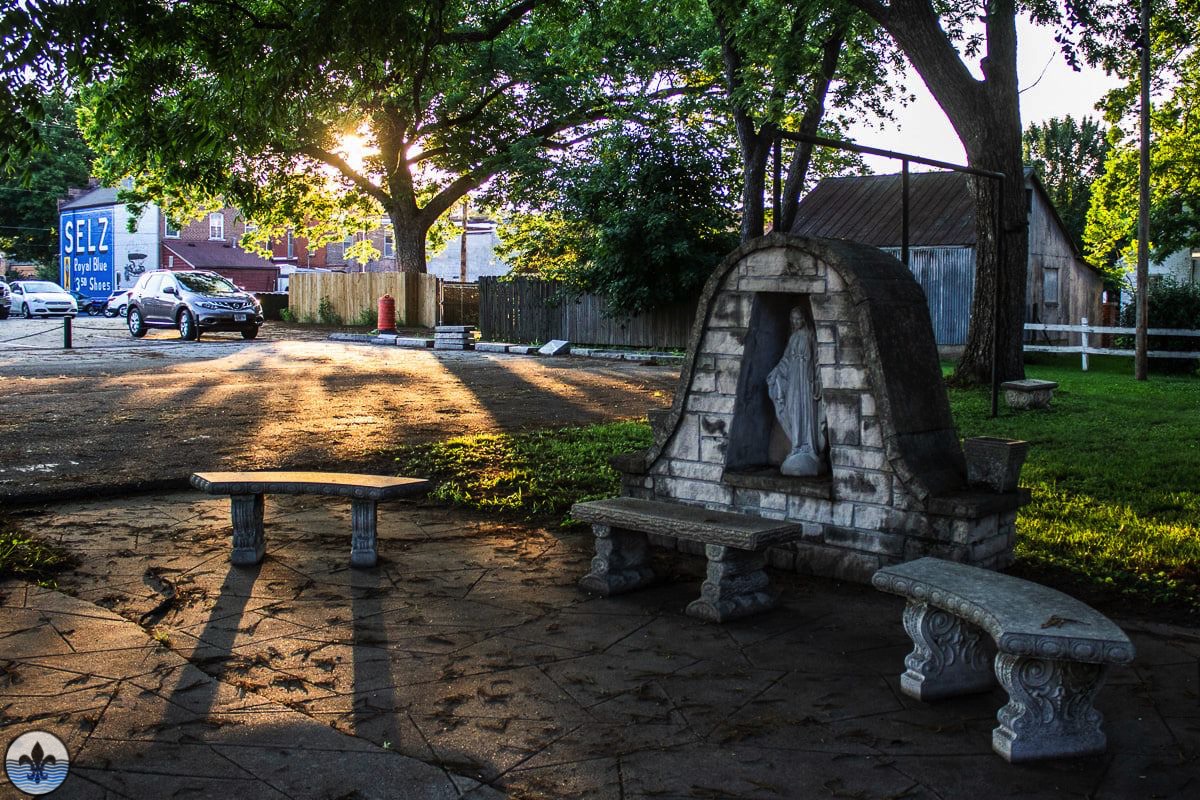 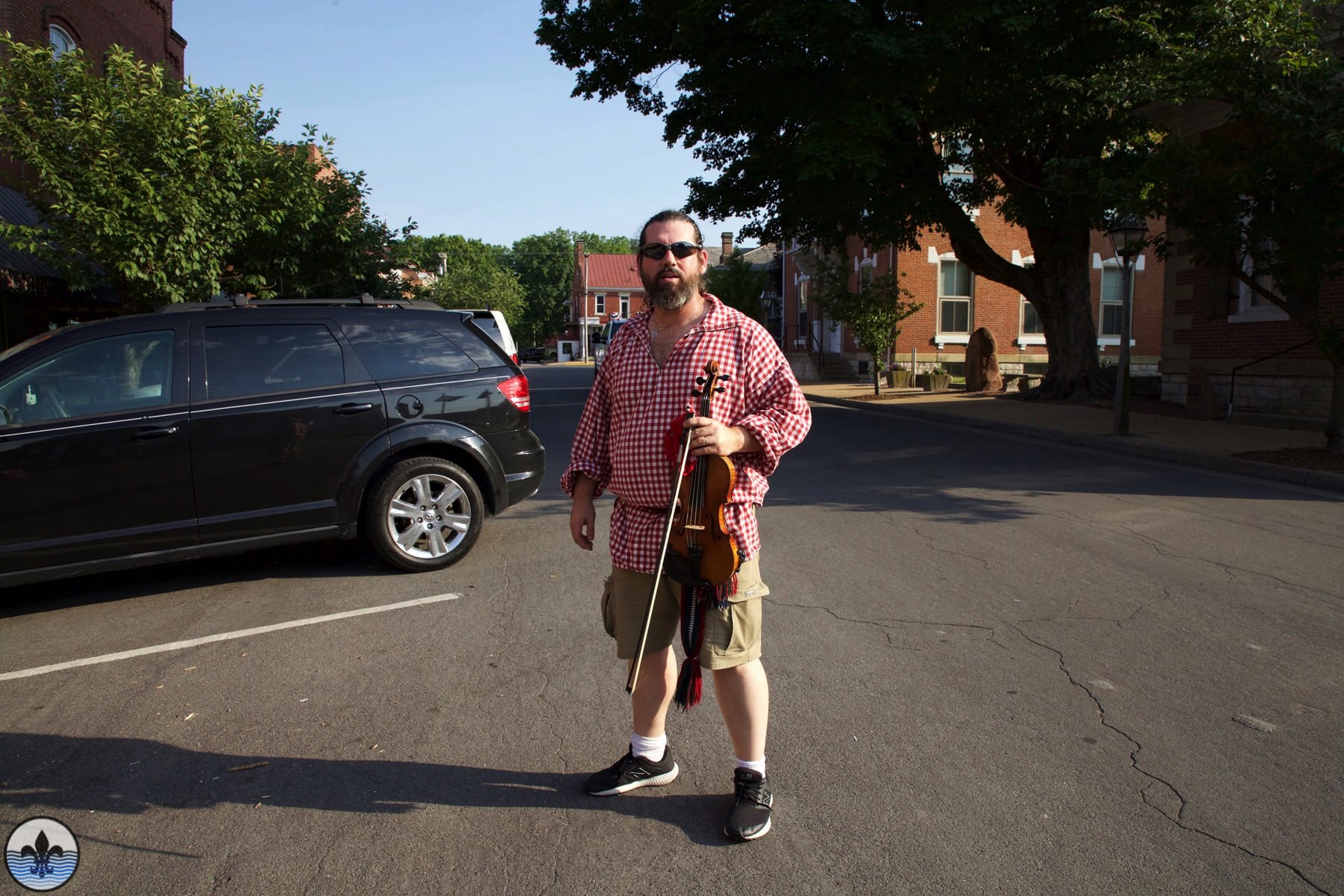 During 1803-1804, the Louisiana Territory was ceded to the United States, and almost immediately afterward, American settlers began to move into the area, often claiming large swaths of land for agricultural use. Following the Americans, German immigrants (in particular) migrated to the area in successive waves that would completely change the physical, cultural and commercial landscapes of Ste. Genevieve (and of settlements, both big and small, up and down the Mississippi and Missouri Rivers). By the second half of the 19th Century, Ste. Genevieve, once a French settlement, was now predominantly German, with many of the original French families resettling further south in Perry County.

It is worth noting that most of what is visible today in downtown, historic Ste. Genevieve is overwhelmingly German or American in character and construction. 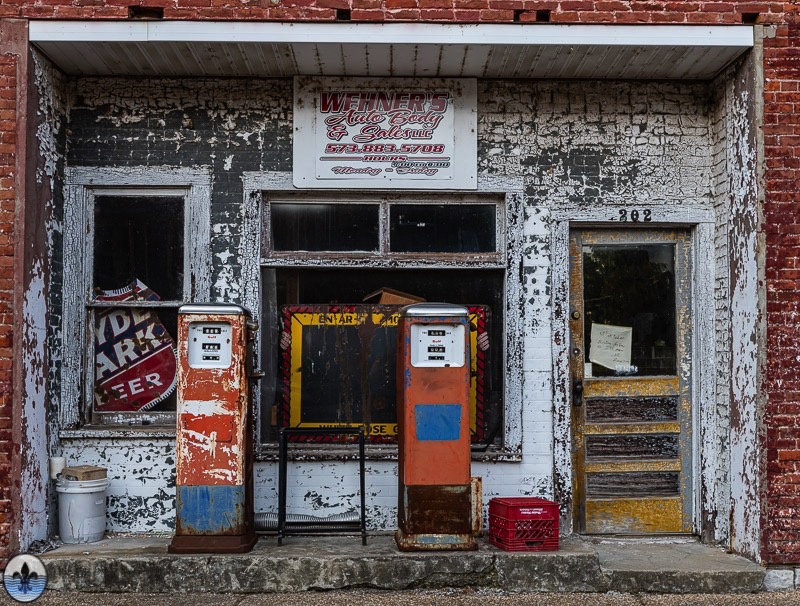 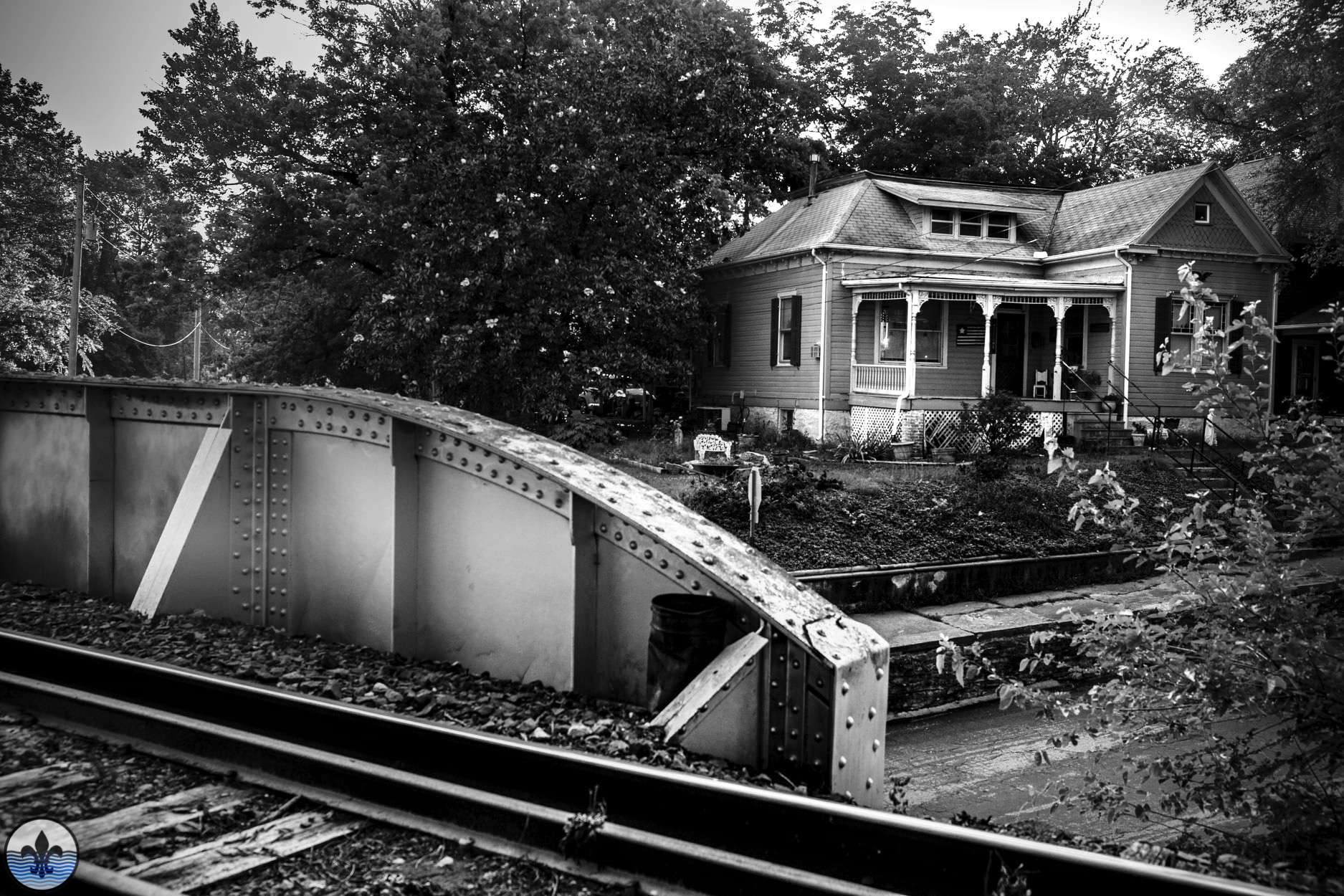 During these years of population growth, Ste. Gen attempted to extend its commercial prospects away from mere agricultural production, and set its sights on bringing raw mineral resources from Missouri’s mineral rich highlands to its burgeoning Mississippi River port. In the 1850s, the community invested in a 40-mile long plank road for just this purpose, and for several years thereafter, the iron ore, marble, and granite shipped along this route transformed Ste. Genevieve’s riverfront into a busy nexus of industry. Unfortunately, St. Louis was soon able to circumnavigate this road with its construction of the Iron Mountain railroad, and these materials were thereafter delivered primarily to the larger city. Even so, the downtown commercial offerings of Ste. Genevieve expanded tremendously during this time, providing it with a vibrant and insular life of its own with a wide variety of products and services offered. By 1900, the community had a rail hub of its own–something that Ste. Gen’s burgeoning lime industry took full advantage of. Though setback during the Great Depression, lime production has remained a dominant industry in Sainte Genevieve, with its largest company now having distribution or production in 13 states. 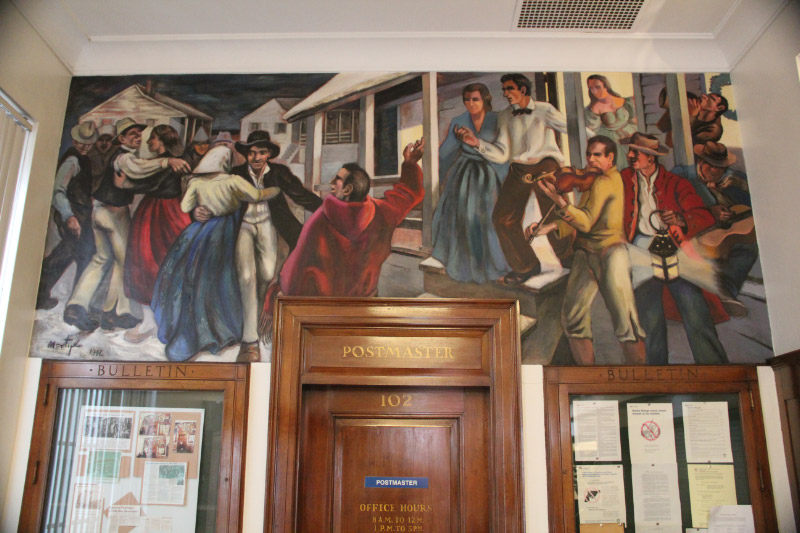 In the 1930s, an artist colony was established in Ste. Genevieve by Aimee Schweig, Bernard Peters and Jesse Beard Rickly. Uniquely, artists in this colony were known to work in vastly different styles (something much different from most artist guilds and training schools of the time), and because of this, the colony attracted many of the most prominent artists from around the midwest to spend their summers in Ste. Genevieve. The colony was disbanded prior to the start of World War II (a 1938 labor strike organized by artist Joe Jones at a nearby lime factory is attributed to souring the town’s acceptance of the colony), but by then, it had contributed significantly to the growth of artistic styles and ideas for, especially, Missouri artists seeking to work beyond the confines of provincialism pervasive at the time. 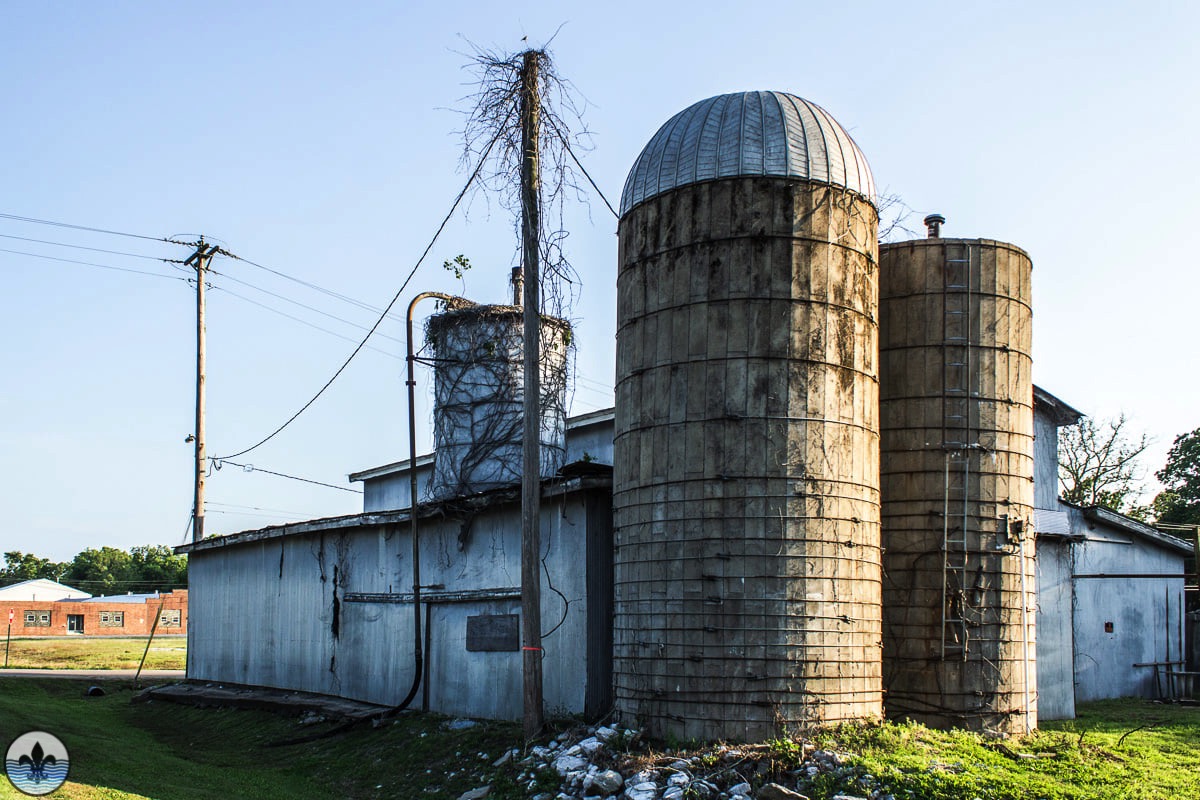 From its earliest days, Ste. Genevieve has had an uneasy relationship with the Mississippi River that runs alongside it. Though the river has migrated several hundred yards east from where it was when it swept by the city during its 1850s heyday as a river port, flooding is still a major concern for residents. In 1993 and again in 1995, the Mississippi flooded to such a degree (500 year and 100 year events, respectively) that the city’s historic district–containing some of the oldest structures in Missouri–was under imminent threat. After a colossal effort to save the city, the district was spared, and Ste. Genevieve residents rallied behind the construction of a new levee system designed to protect it against even another event on the scale of 1993’s “Great Flood”, where the river crested at 49.74 feet. 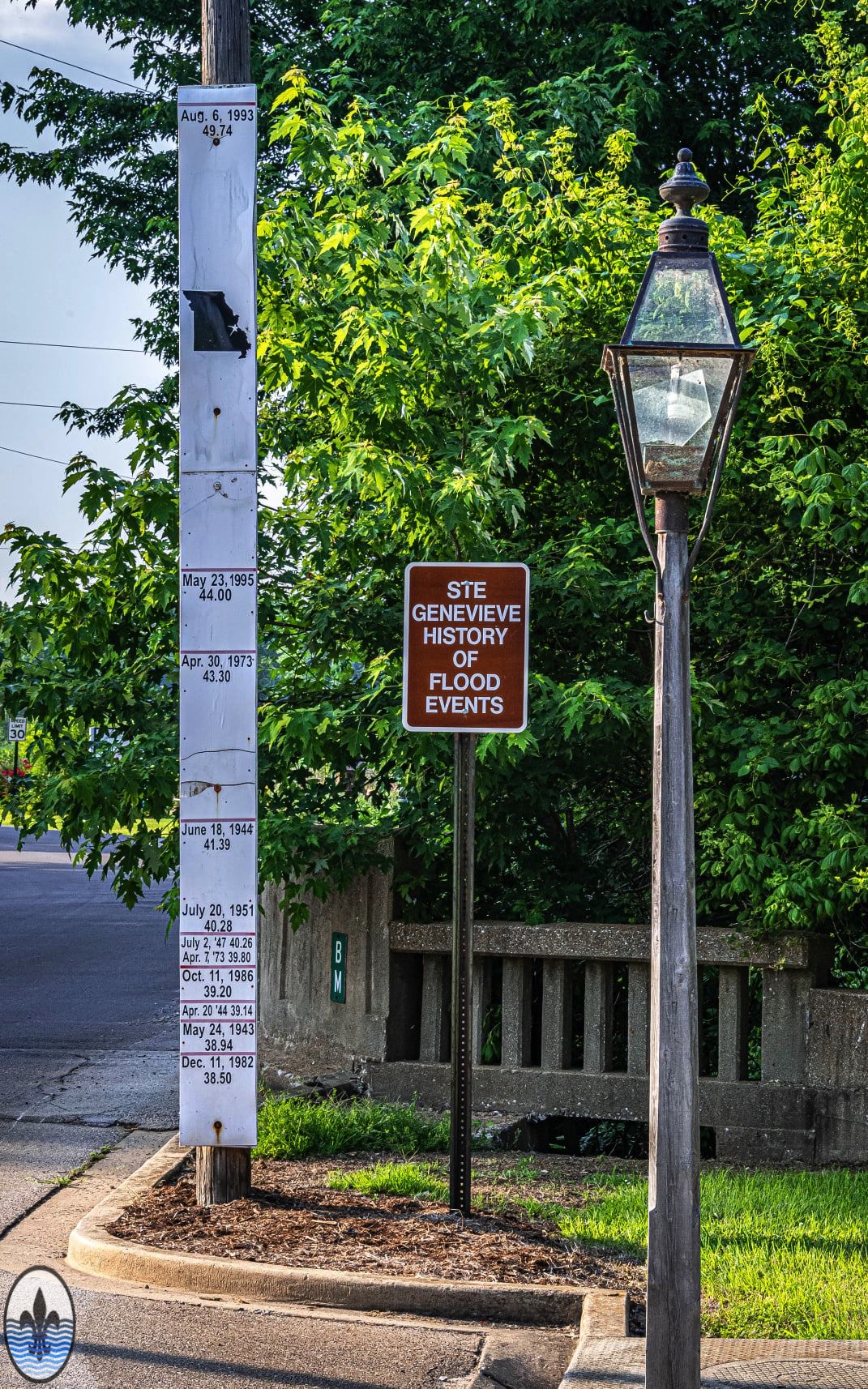 Today, Sainte Genevieve is a small Missouri city of roughly 4,500 residents. Of Missouri river towns, it is among the most culturally significant and is easily the most charming. Whether you are looking for a weekend of adventure exploring the area’s historic sites, an afternoon of shopping, or are simply looking for a cold one after a day of hiking at nearby Hawn State Park or Pickle Springs Natural Area, you’ll find what you are looking for in Ste. Gen. 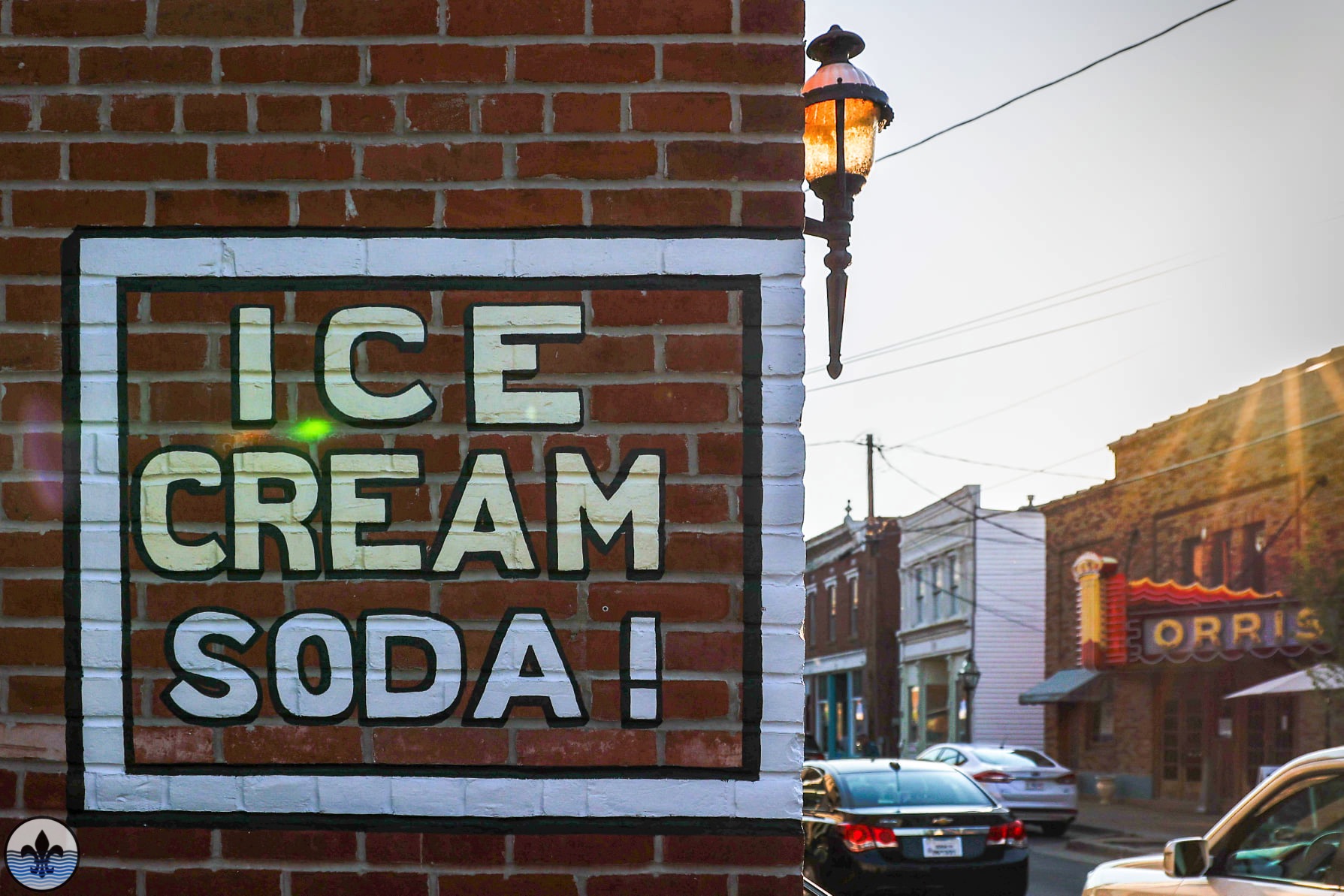 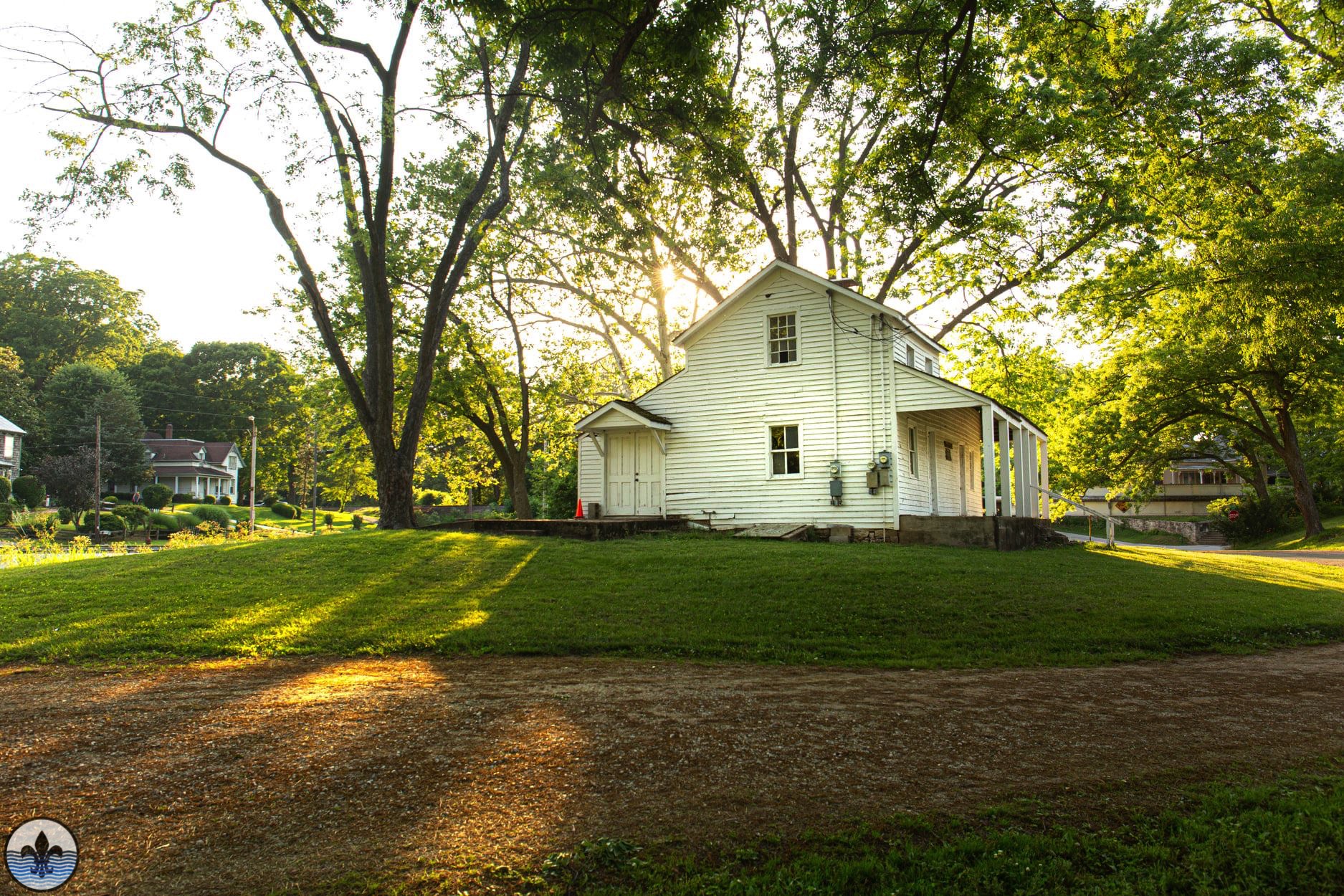 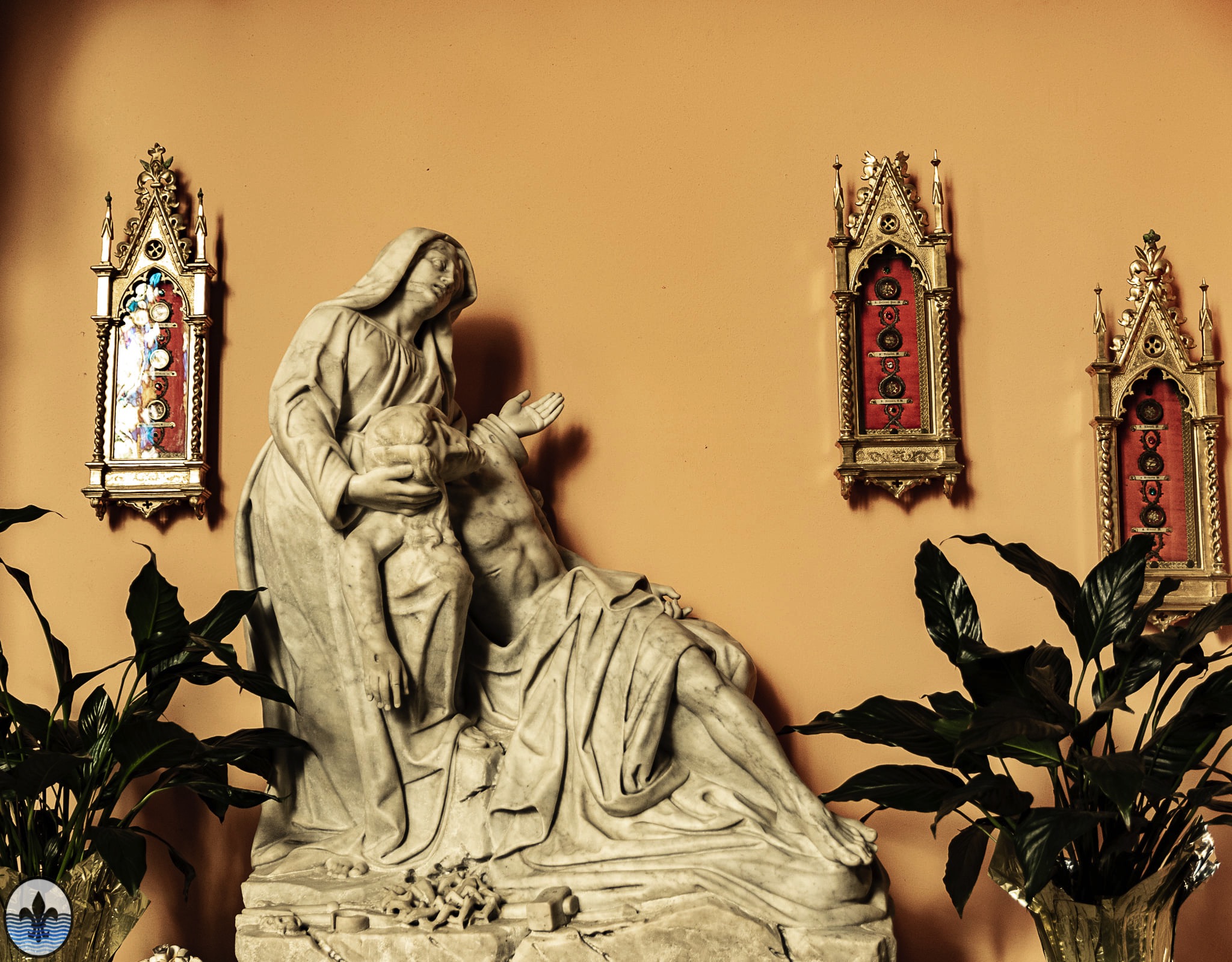 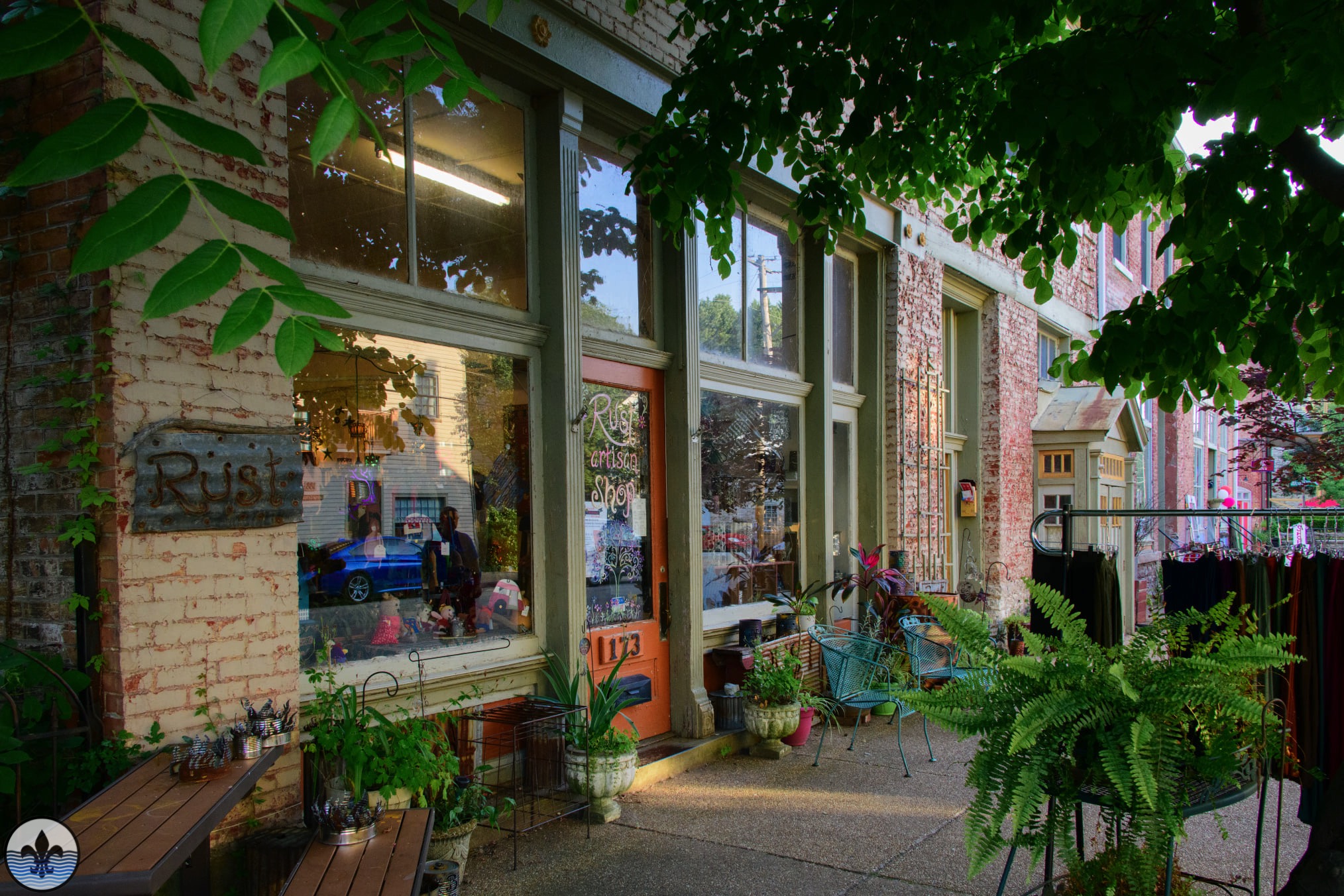 Prior to our Flood, the group gathered for libations at Cave Vineyard just outside of downtown Ste. Gen. The winery is one of a group along the Ste. Genevieve’s wine trail, affectionately dubbed “Route de Vin”. Cave Vineyard features a wide variety of wines that are sure to appeal to any wine enthusiast. For those less initiated, they even brew beer.

Oh yeah, they also have an amazing cave that you can relax and enjoy your drinks in!  On the hot day that we visited, it was the perfect temp inside. 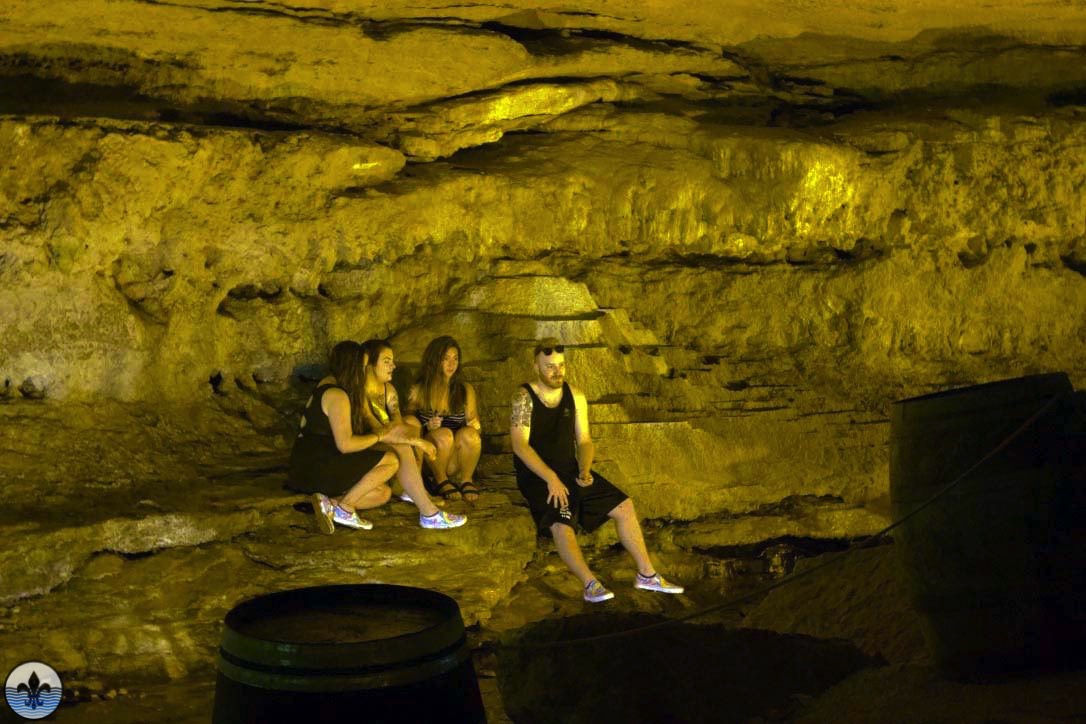 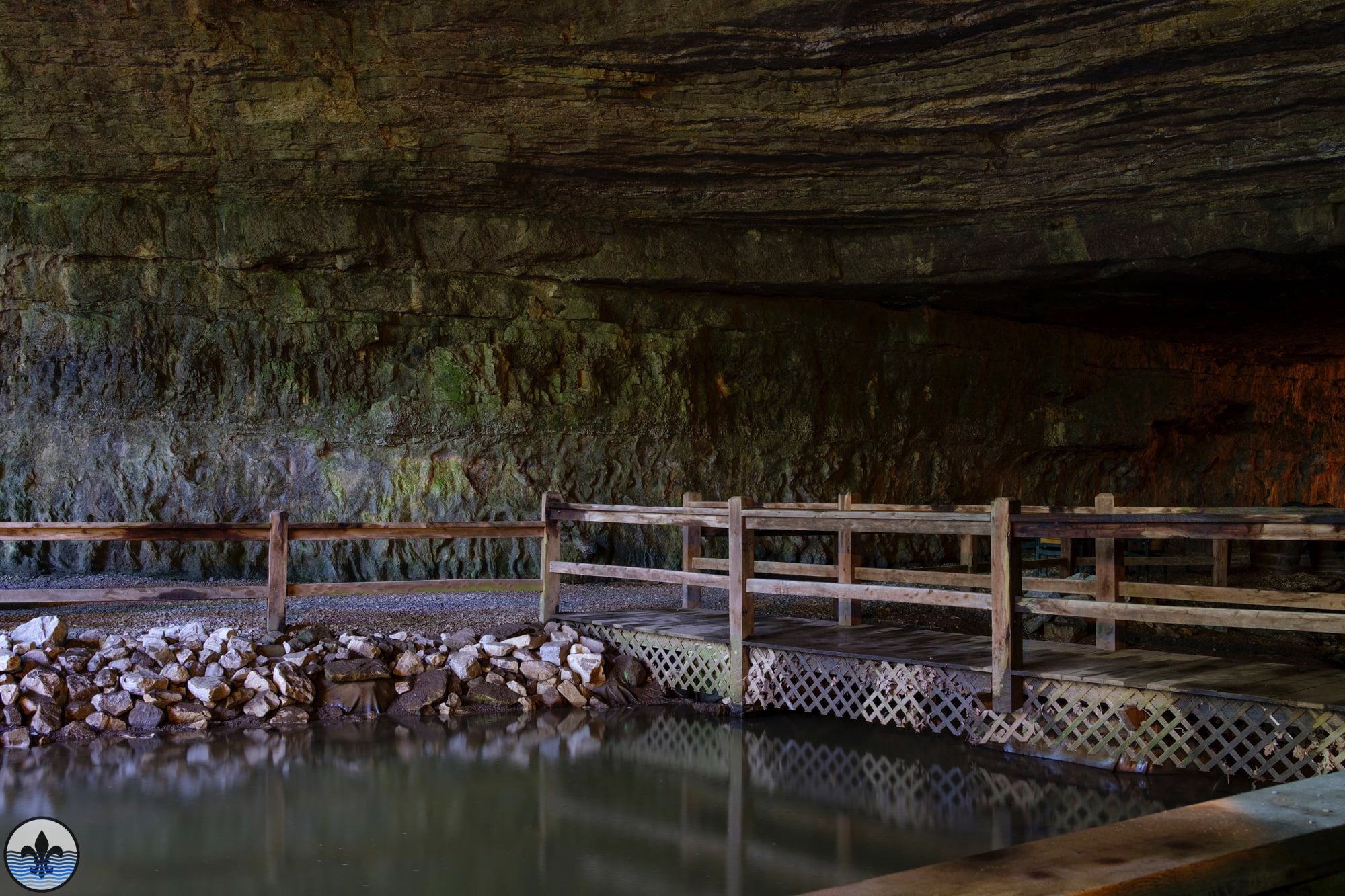