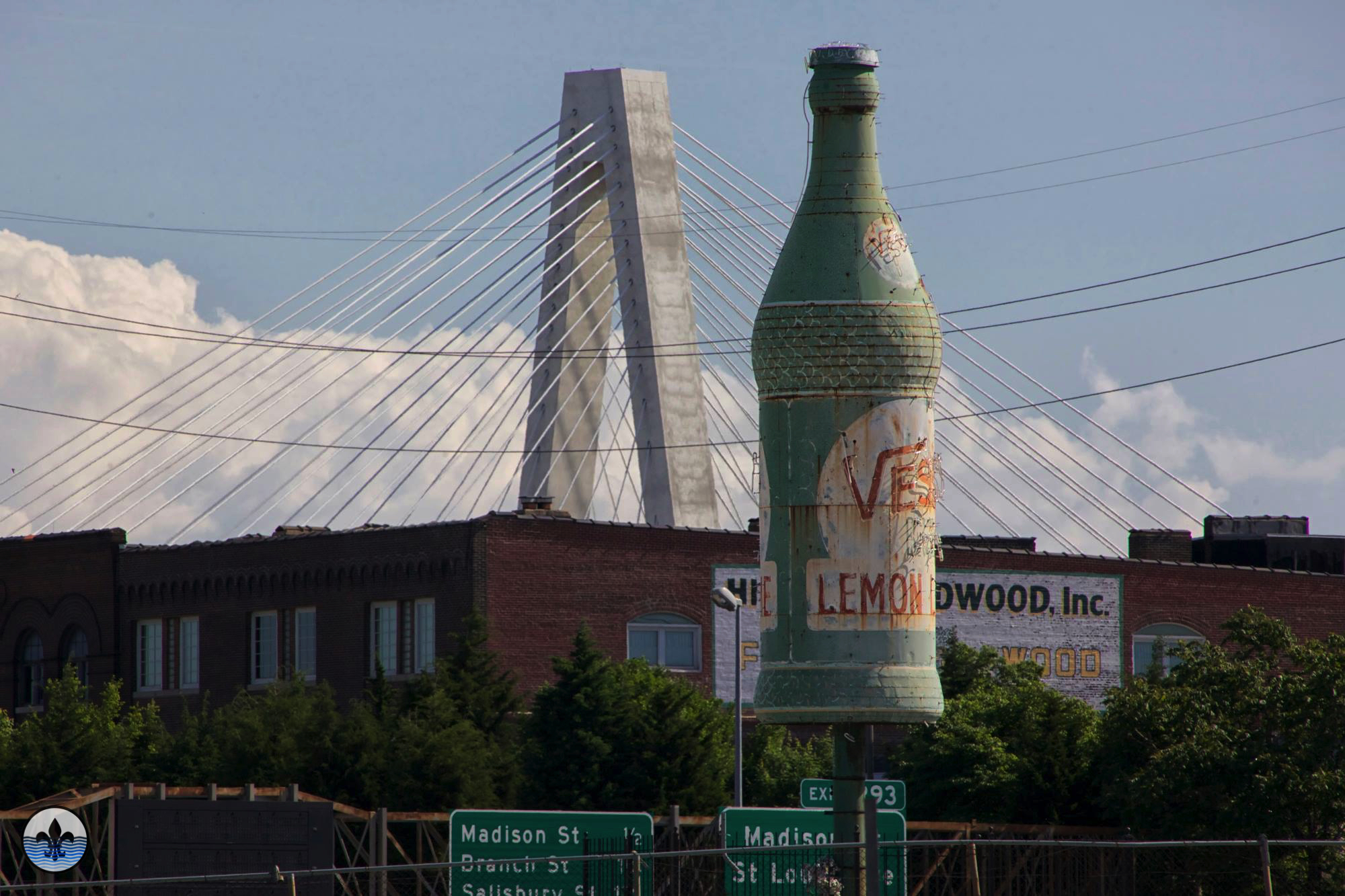 Columbus Square emerged in the early 19th Century to accomodate the waves of European immigrants washing over St. Louis at the time. By mid-century, the neighborhood was a tight cluster of tenements notable for its rough conditions. Before “The Hill”, Columbus Square was the original Italian district in St. Louis, and its Shrine of St. Joseph is home to the only miracle authenticated by the Vatican in St. Louis. 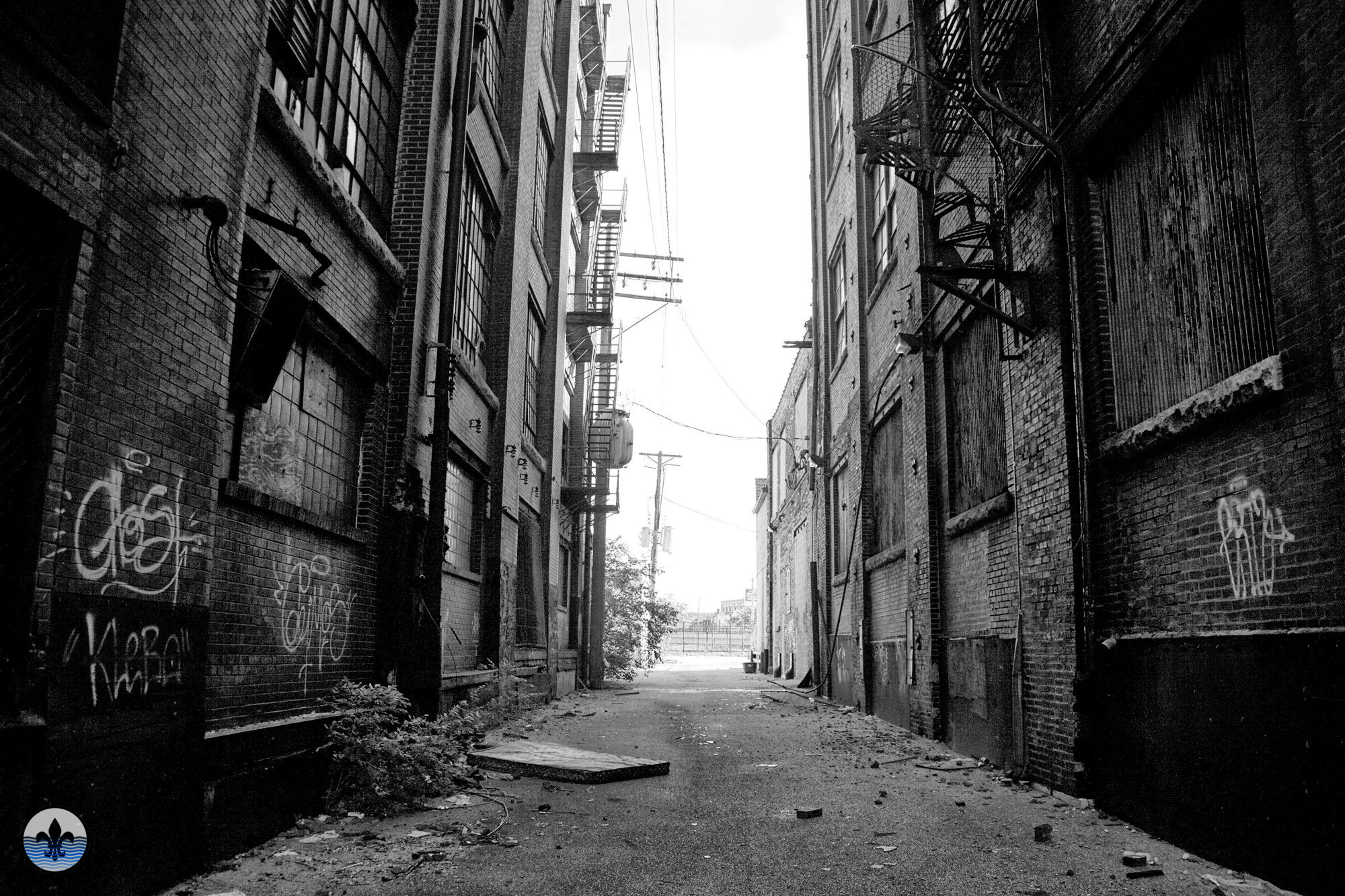 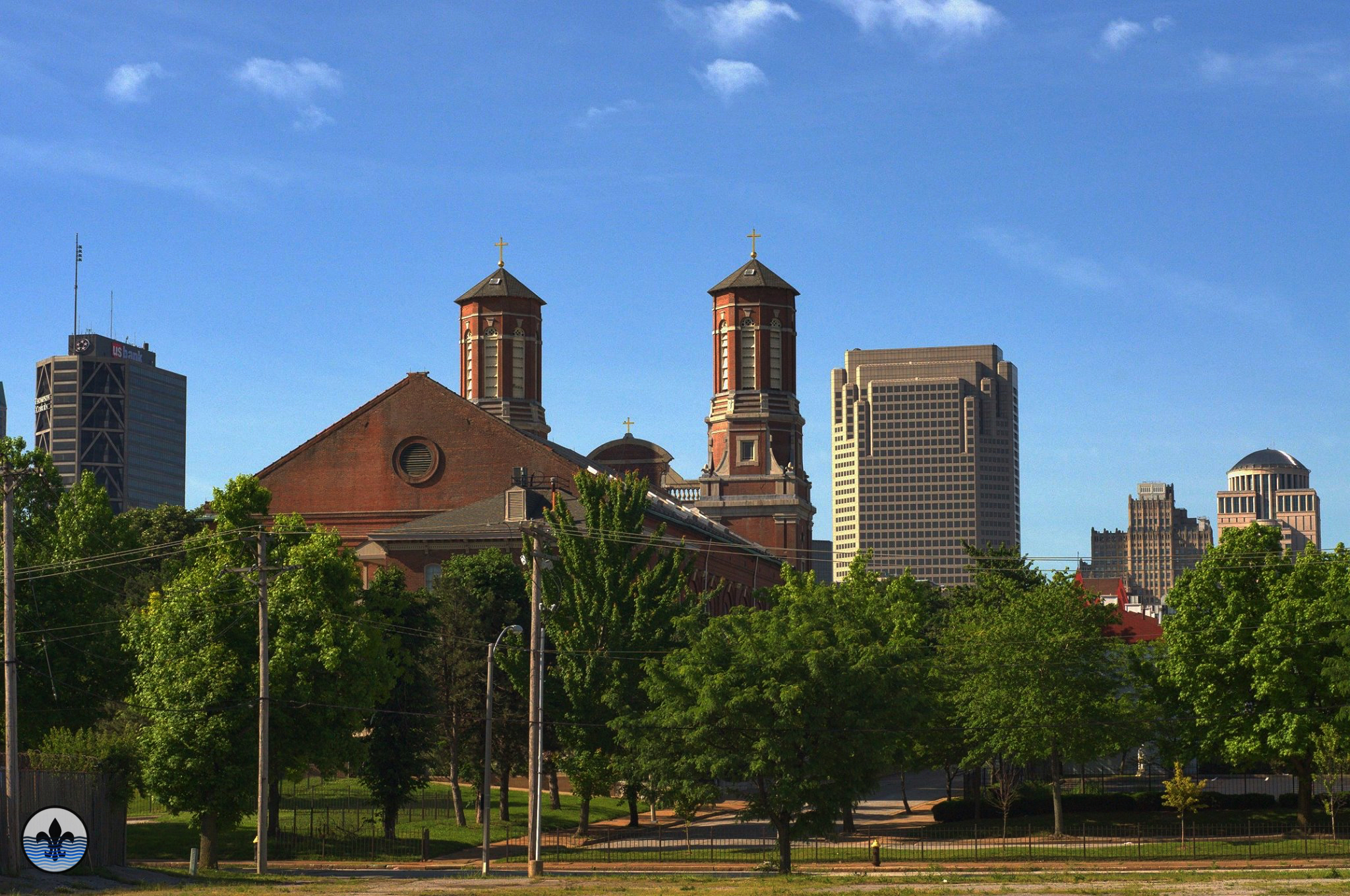 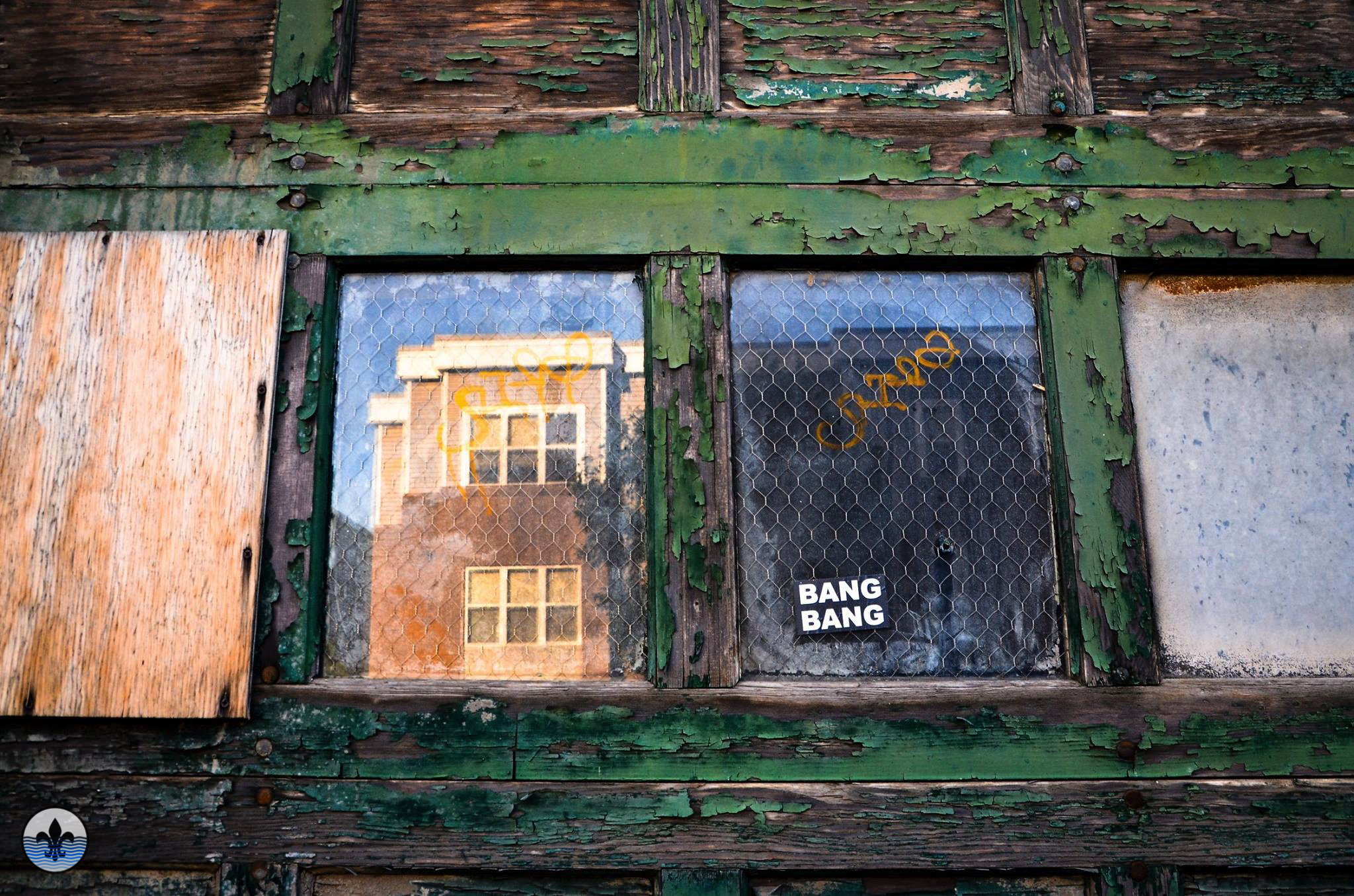 Between 1820 and 1860, St. Louis underwent the rapid transition from a small frontier settlement to the 6th largest city in the United States. This was certainly in no small part due to the Mississippi River, which acted as North America’s mid-continental highway for trade goods, people and services, however, it was the influx of European immigrants that truly fueled the apotheosis of the city. In the decade after the great Cholera Epidemic of 1849, the German and Irish communities in particular experienced exponential gains (Irish: 10,000 in 1850 to 30,000 in 1860; Germans: 20,000 in 1850 to 55,000 in 1860).

Interestingly, the motivation to resettle in St. Louis and the life experiences once there could not have been more different for most members of these two groups. For the Germans, who were largely educated, wealthy and/or skilled craftsmen, emigration from home meant essentially political asylum and a fresh start, whereas, for the Irish, who were suffering from the great potato famine, immigration was usually a last resort necessary for survival. Further, when the Irish arrived, they were mostly poor and untrained, and so found themselves in very different living conditions than their German counterparts. In Columbus Square, a neighborhood established originally for primarily German immigrants of a few decades earlier (though Irish also settled here), the newer Irish population quickly overwhelmed the existing housing stock, and given the rapid influx, new construction fell far behind demand. The only solution was tenement housing (mostly clapboard), and so the ghetto nicknamed the “Kerry Patch” was born. 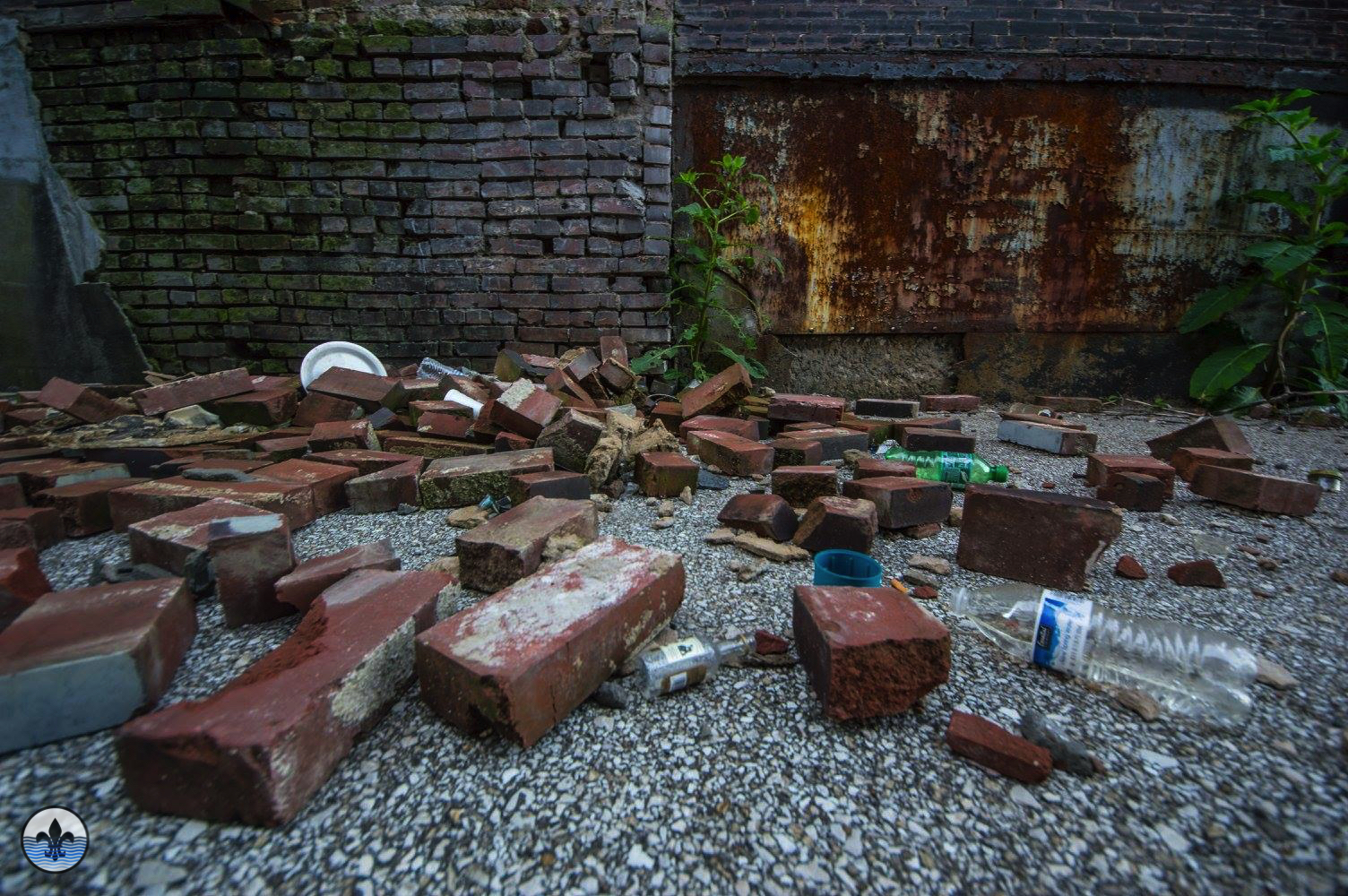 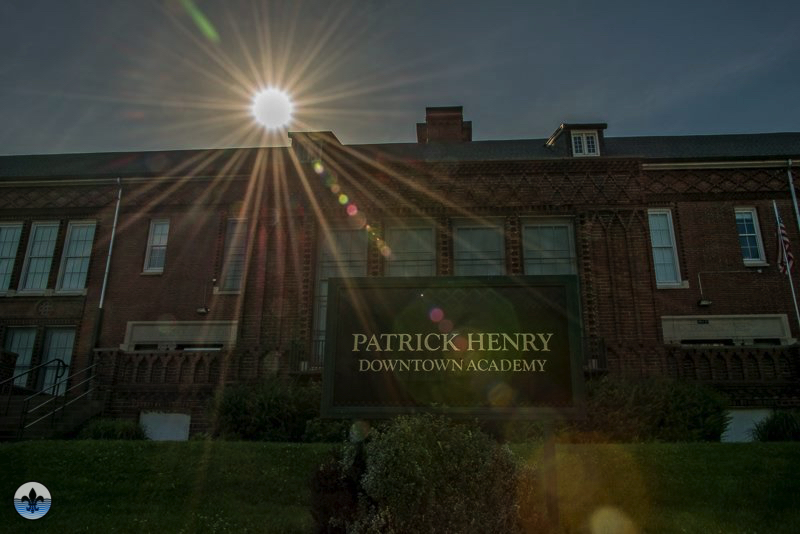 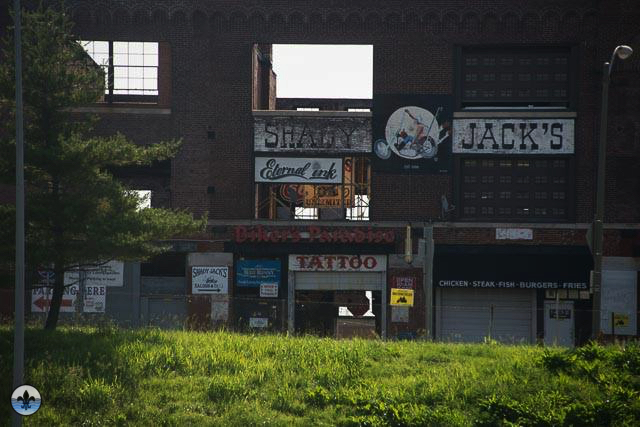 Overtime, St. Louis’ “Kerry Patch” began to grow and move further north and west. After the opening of the clay mines south of Forest Park, most of the Irish still living in the tenements of Columbus Square moved nearer to the mines for jobs. Today, the area known as “Dogtown” refers to where these early Irish families wound up.

The last wave of immigrants to St. Louis in the 19th century were the Italians, who came mostly after the Civil War. The Italians, who were mostly poor like the Irish (or who were otherwise ostracized for their Catholic faith in this Protestant country, or their inability to speak English), moved into the slum left behind by the Irish in Columbus Square. Remarkably, a study of racial segregation in the early 20th century by Stanley Lieberson of the University of Arizona, suggests that Italians were among the most segregated ethnic groups at this time, in some cases even more so than African-Americans. This area soon became rebranded again as “Little Italy”, an Italian neighborhood predating the better-known one, called “The Hill”. 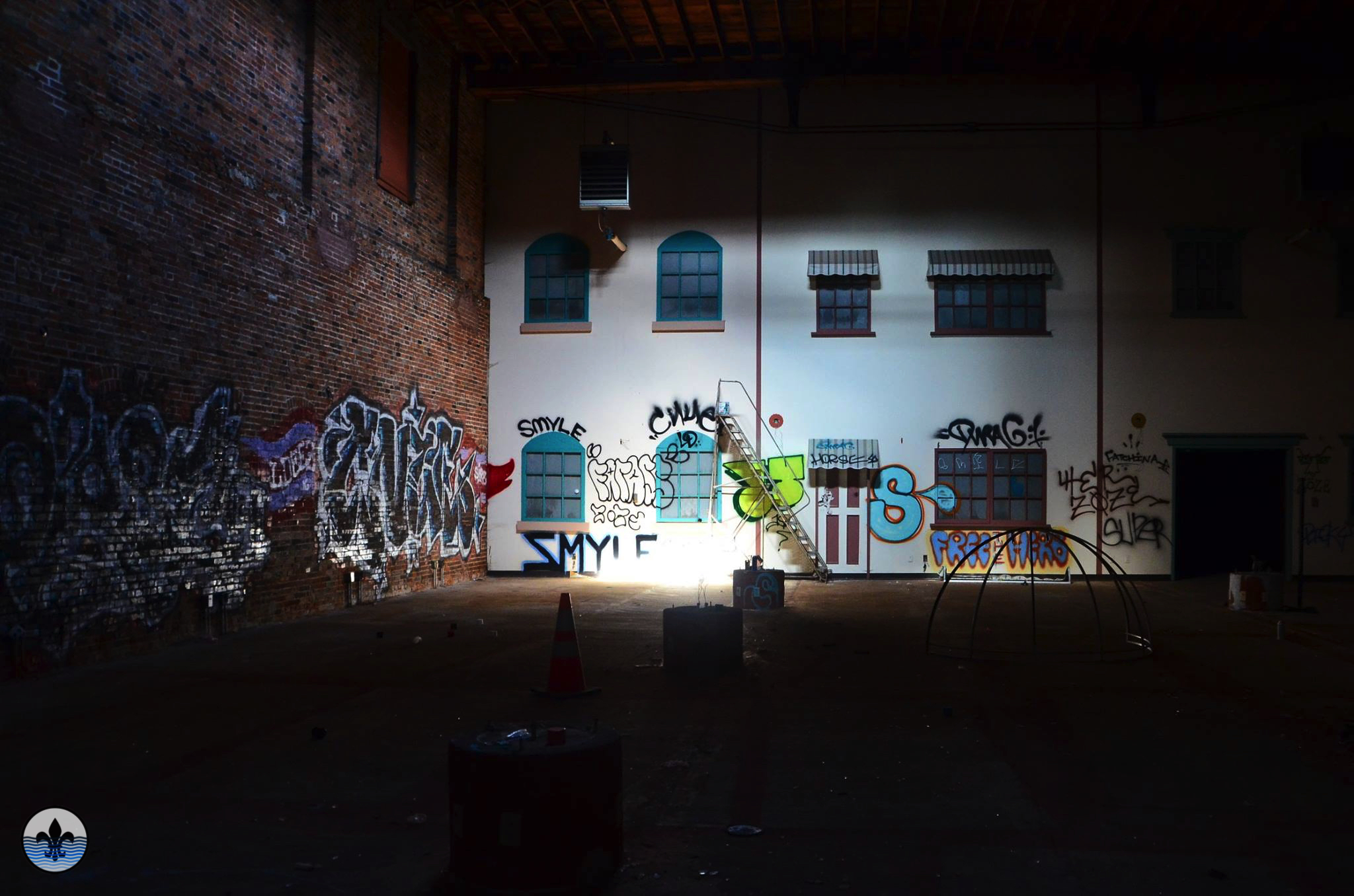 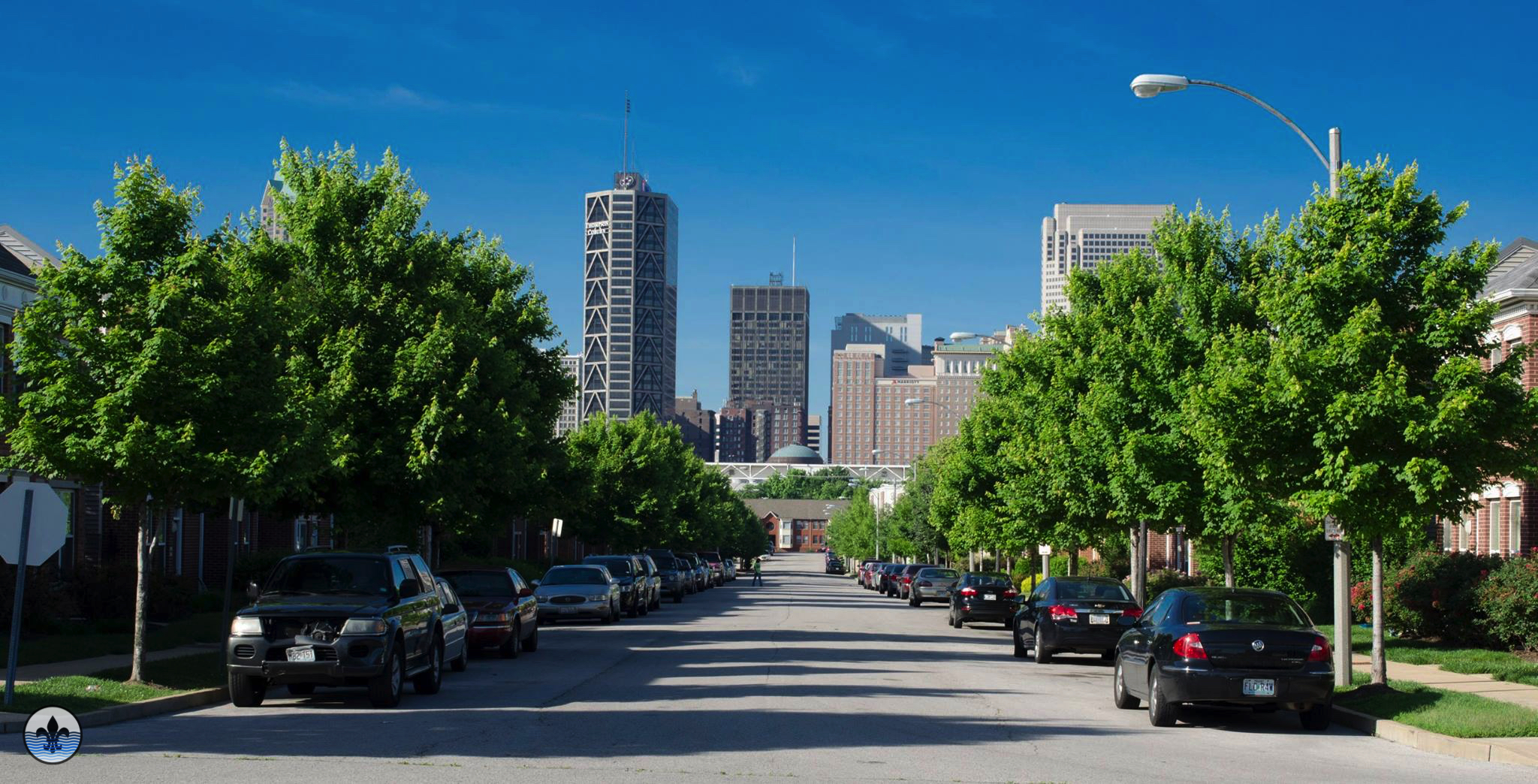 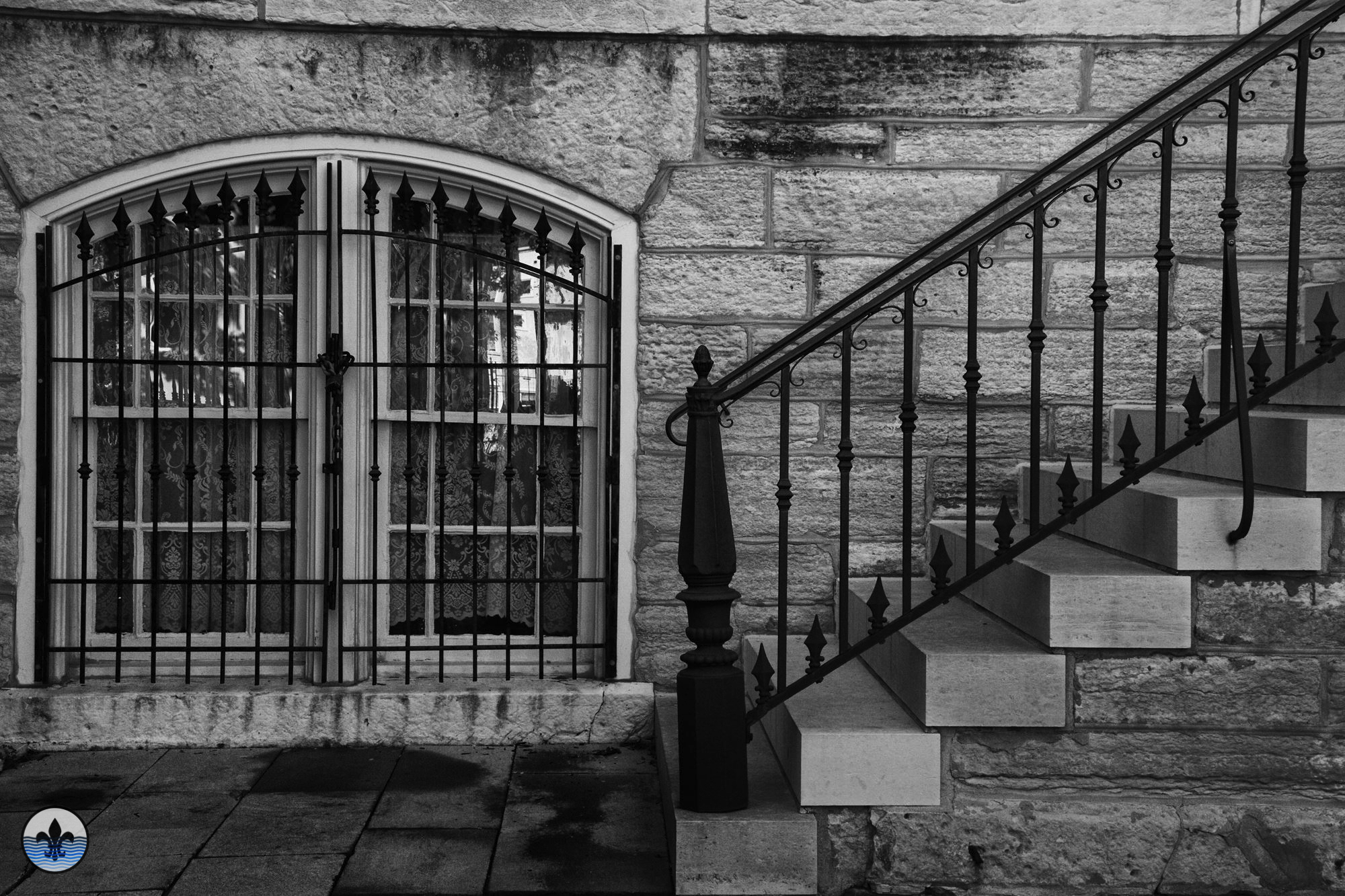 Eventually, the Italians too began to migrate away from this neighborhood, which became more culturally polyglot and industrial as a result. By mid-20th Century, most of the tenements had been razed, and the earliest housing projects had been constructed (Neighborhood Gardens and Cochran Gardens). In the 1980s, the most recent public housing complexes were built which still exist. Thankfully, these structures, though not traditionally “St. Louis” in character do not resemble the suburban infill in neighborhoods like The Gate, with their wide lawns and driveways, and the complexes retain a fairly walkable feel (especially nearby the more historically significant buildings like St. Joseph’s and the Patrick Henry School).

Incidentally, St. Joseph’s, founded in 1843 by German Jesuits, was the site of the only Vatican authenticated miracle in St. Louis, the miraculous healing of a parishioner from a mortal wound following their exposure to a relic of Peter Claver (later canonized). Though not authenticated, the Church claims another miracle to have occurred which spared their congregation from the Cholera epidemic of the mid-1860’s. The incredible Shrine of St. Joseph’s was constructed to commemorate this last event. 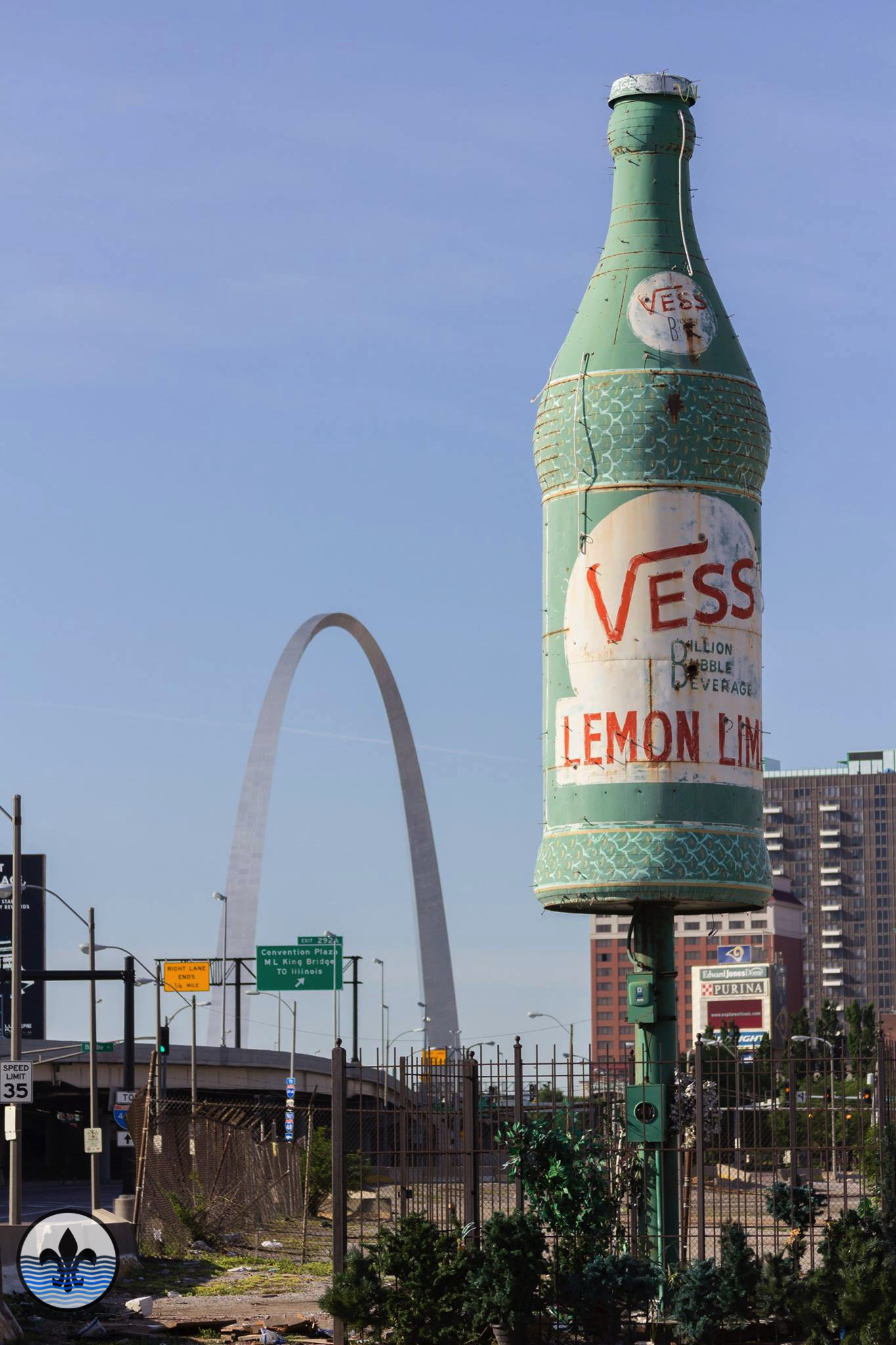 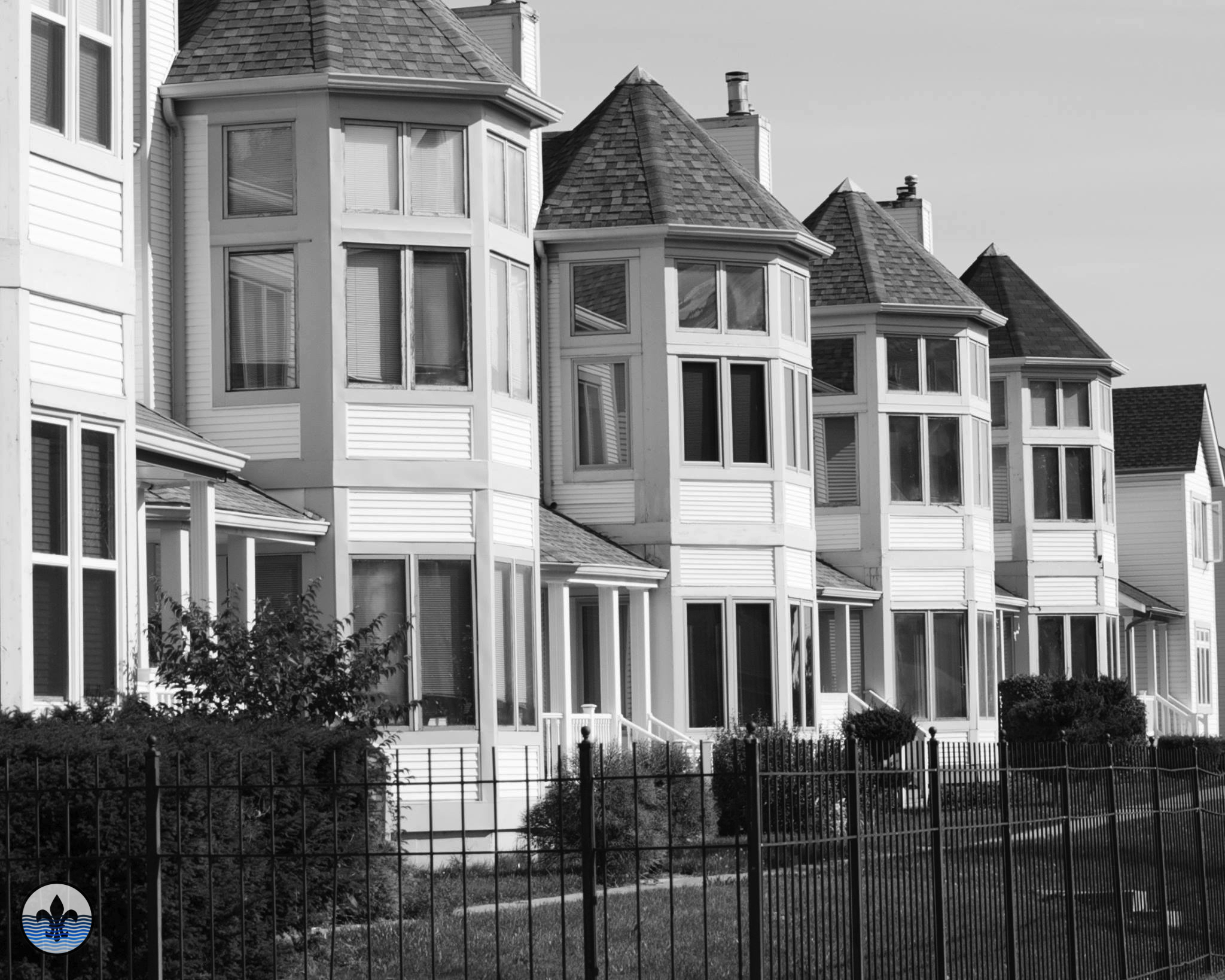 Today, the Columbus Square neighborhood is a community on the brink, of both renewal and calamity. The housing complexes (and the disagreements over their design/implementation) are a great example of how important this neighborhood is to the CBD; it is, after all, the buffer between Downtown and the rest of North St. Louis, as well as, the last thing southbound drivers see coming into Downtown on I-70.

Though the neighborhood seemed pretty securely inhabited, and had a good amount of curious residents as to what we were “up to” (always a good sign), it has experienced several setbacks in recent years, namely the stalled Bottle District, a failed city effort to keep the Rams (Edward Jones Dome and the once-proposed new stadium are each next door), and the empty promises of developer Paul McKee, whose redevelopment proposal included areas of Columbus Square. On the bright side, the terminus for the Stan Span is nearby, which should stimulate some economic activity and the iconic Vess Bottle landmark is slated to receive some conservation work this year in honor of its centennial. 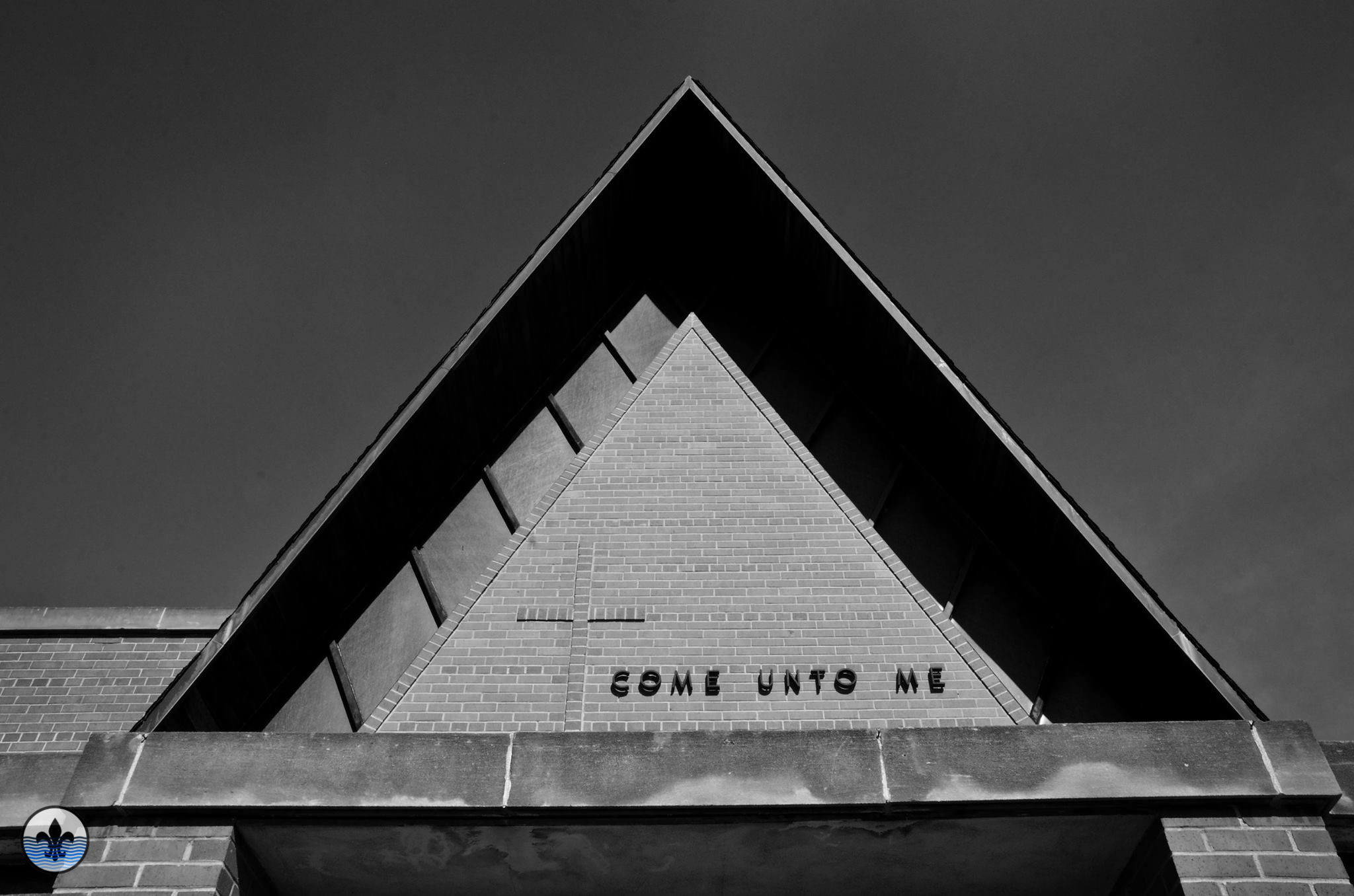 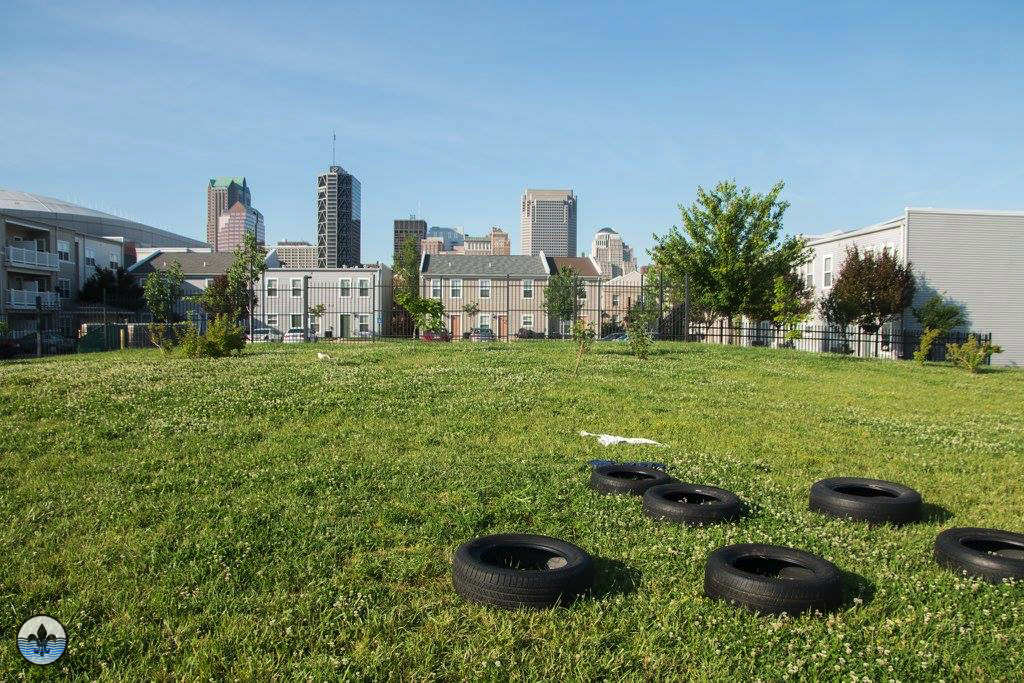 Our endpoint for Photo Flood 46 was a pleasant Memorial Day picnic in an alley between two buildings that had been part of the intended Bottle District revitalization. It might sound a bit wacky, but honestly, what could be more appropriate for this group of crazy photographers?