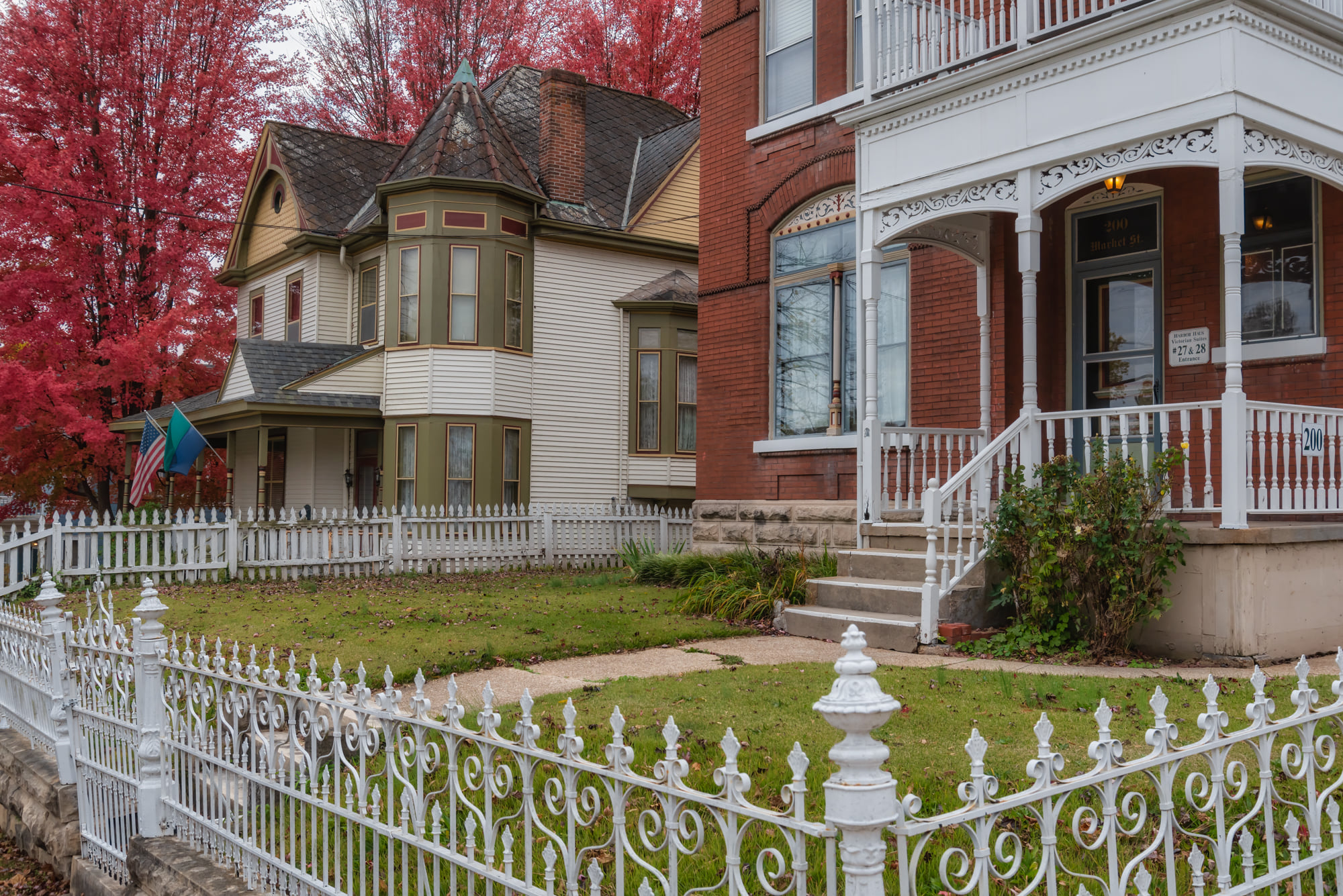 Hermann, Missouri is a quaint river town, located about 80 miles west of St. Louis. In the mid-1800’s, amid a flood of German immigrants to the region, the town became an epicenter for the New Rhineland, a place where German culture and language could be openly exhibited and old world customs preserved, free from the pressures of assimilation. 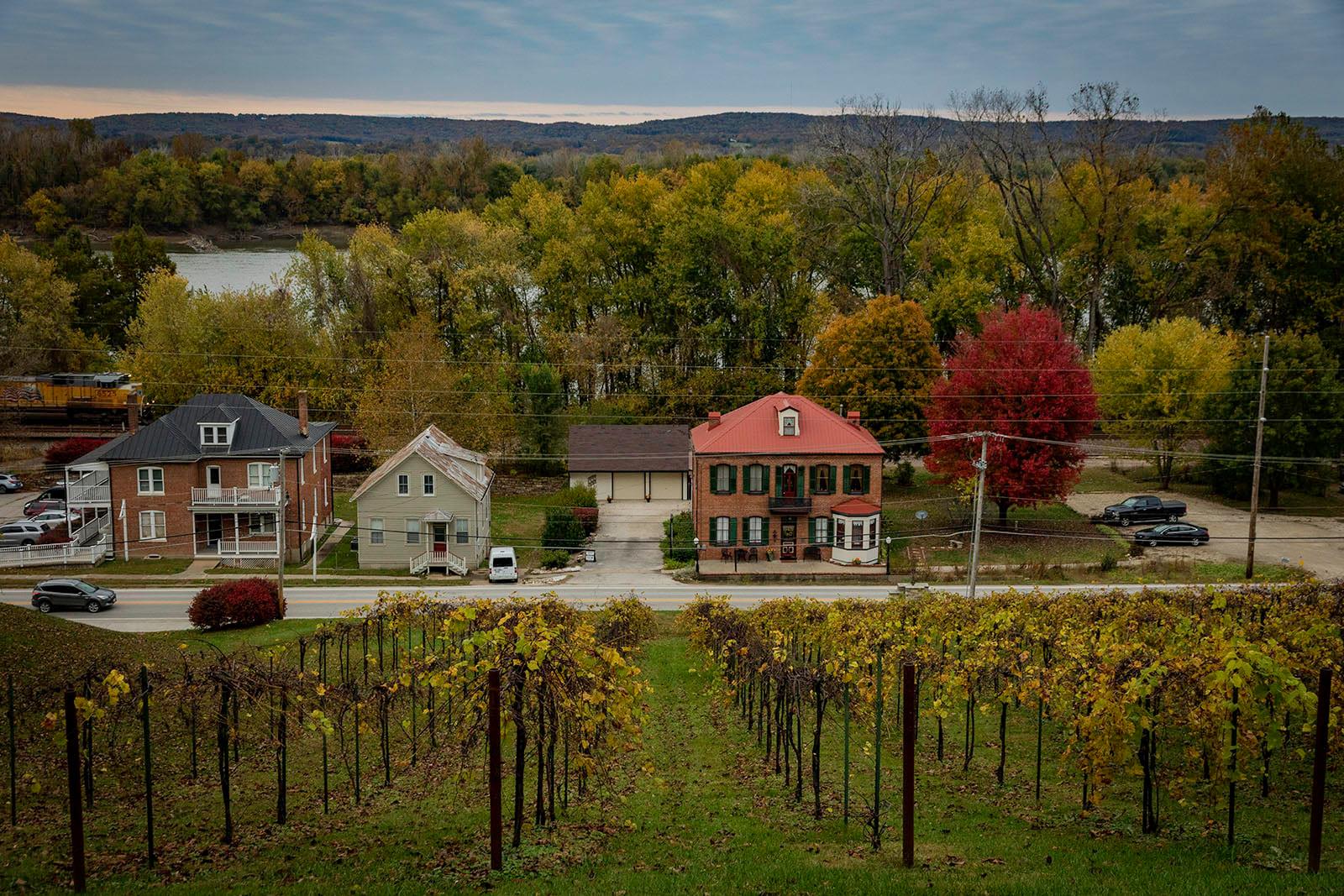 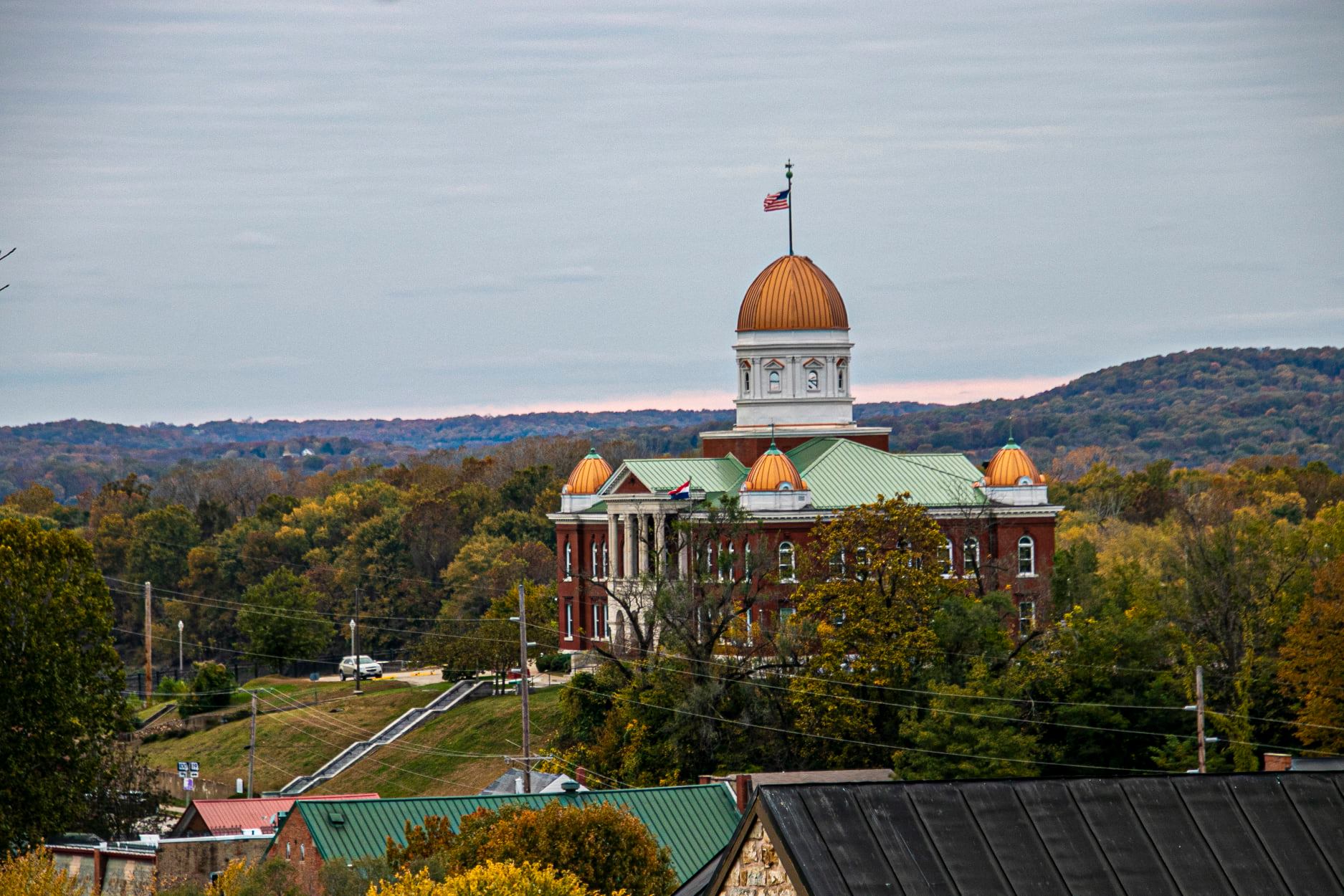 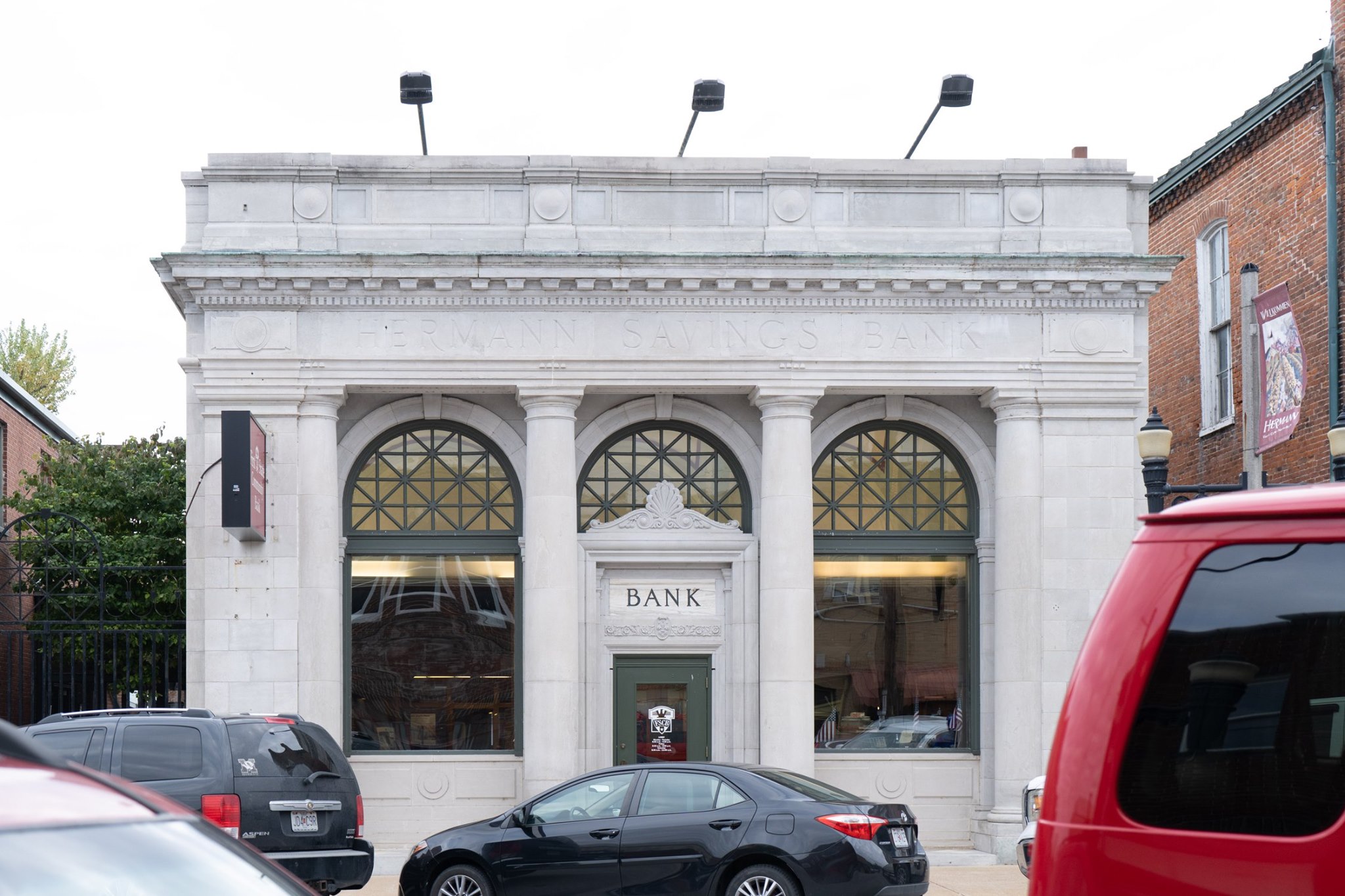 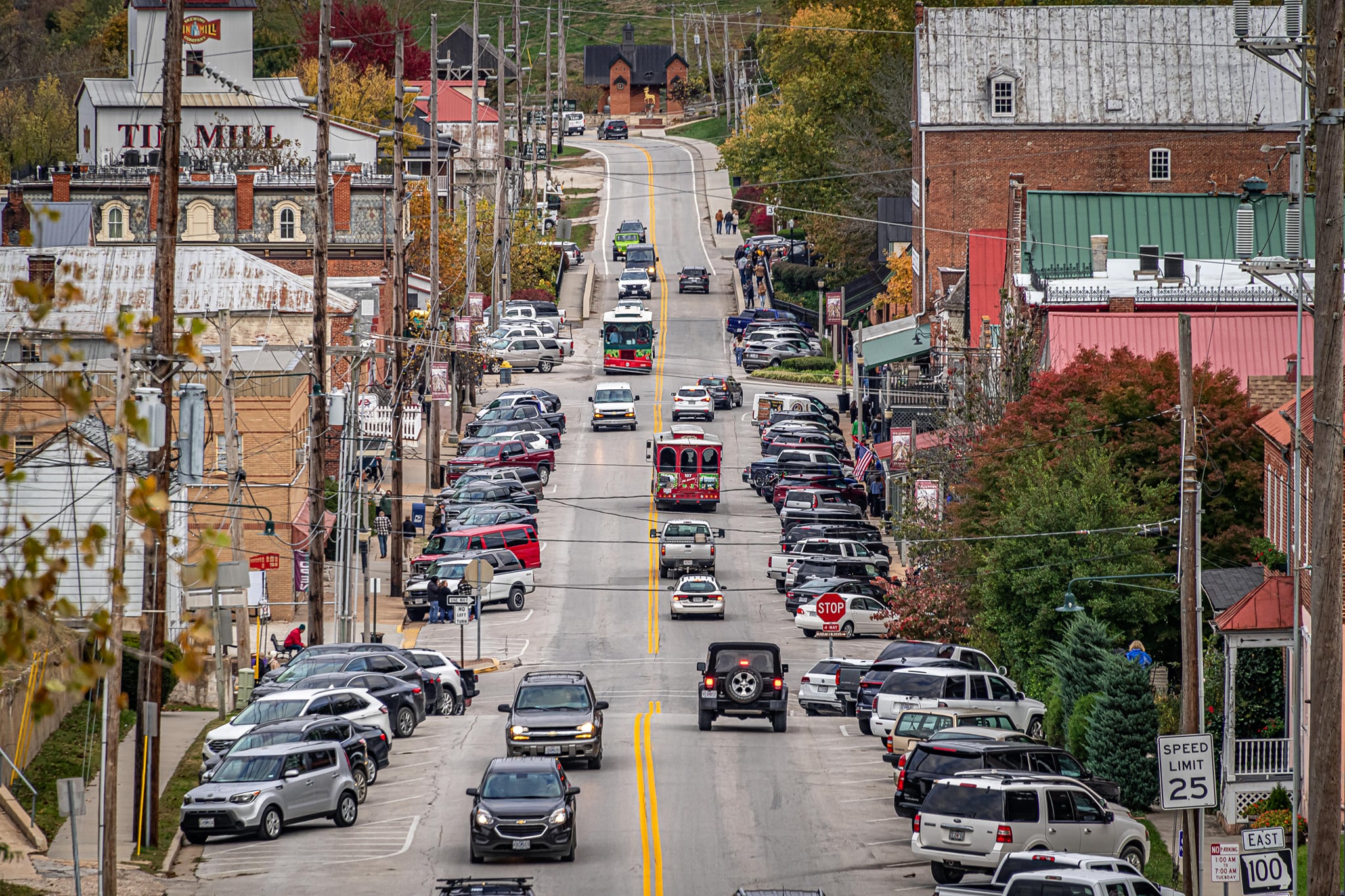 By any estimation, the town of St. Louis at the opening of the 19th Century was a puzzling mixture of cosmopolitan refinement (the private libraries of many of the city’s French families rivaled any in America of the time) and squalor (the town’s early streets were oft described as a muddy mess). Already a principal fur trading center, St. Louis became the de facto capital of the Louisiana Territory upon its purchase by the United States in 1804.

As St. Louis’ fortunes began to grow, so did its population. German and Irish immigrants, in particular, moved to the city in successive waves throughout the 1800’s, eventually helping the city to achieve the status of becoming the fourth most populous city in the United States. The impact of these immigrants on the city and region was more than just an elevated census count; they contributed significantly to its education, culture, industry and commerce.

Not all Germans settled in the city, however. Before 1830, thousands of Germans had moved into the surrounding countryside, and a vision of a “New Rhineland” began to take shape. In Germany, the Rhineland is an area of land encompassing the Rhine River, along the country’s western borders. It is rich in agriculture, winemaking and industry. In the early 1800’s, the region, like much of Germany, suffered from political instability. This is one primary difference between the immigrants from Germany and from Ireland at the time- the Irish were fleeing poverty and famine, whereas the Germans were searching for a better life, to put it simply. 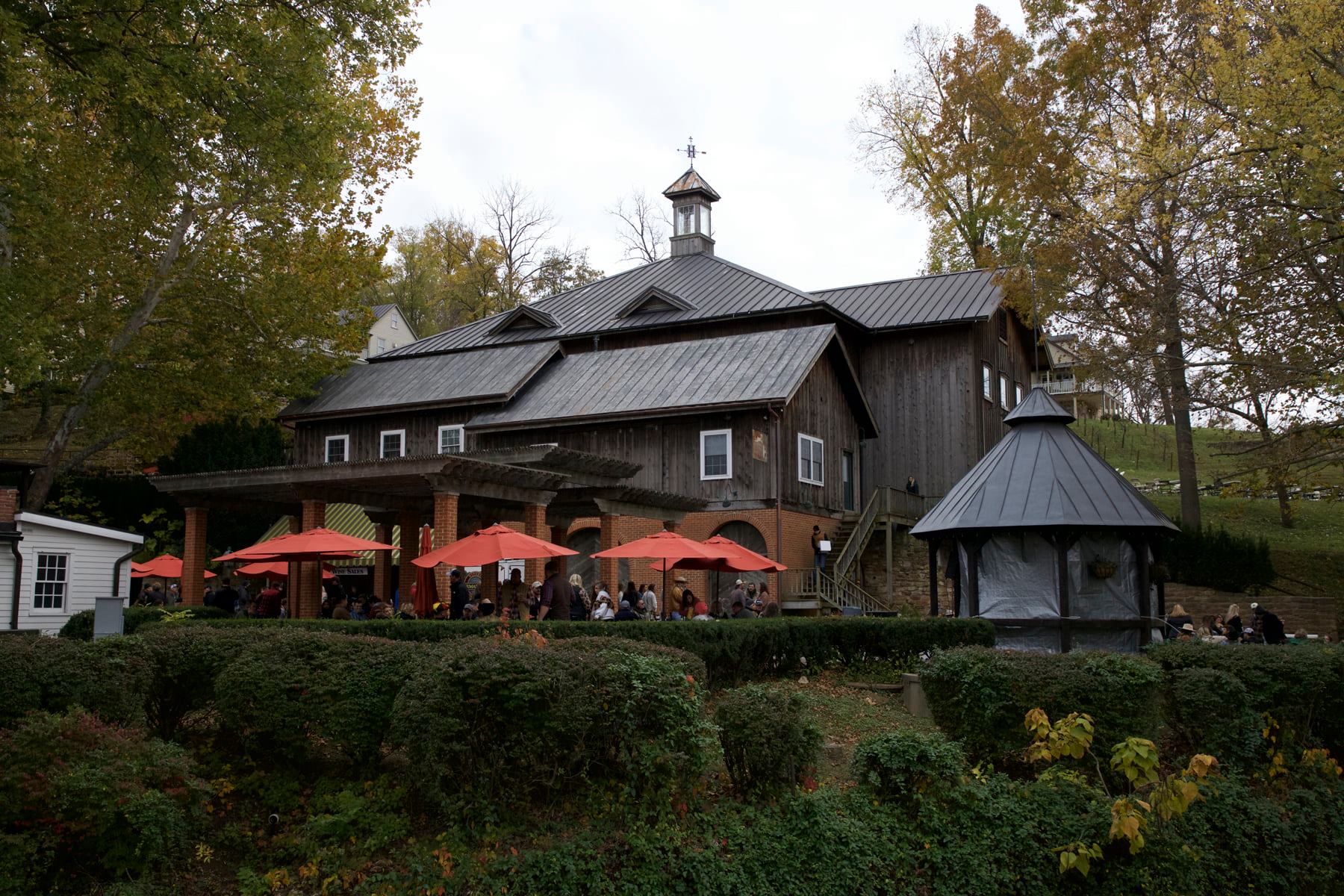 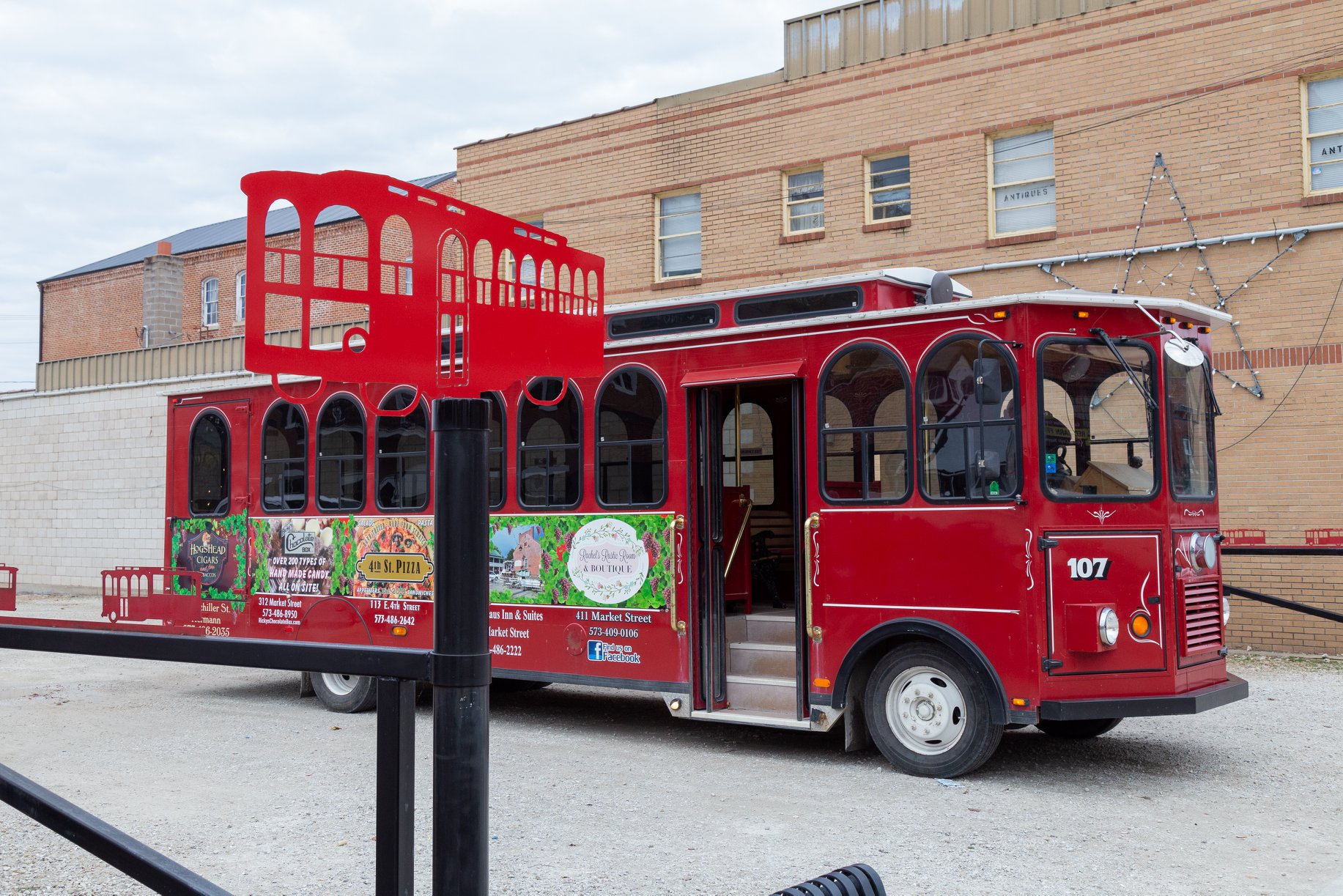 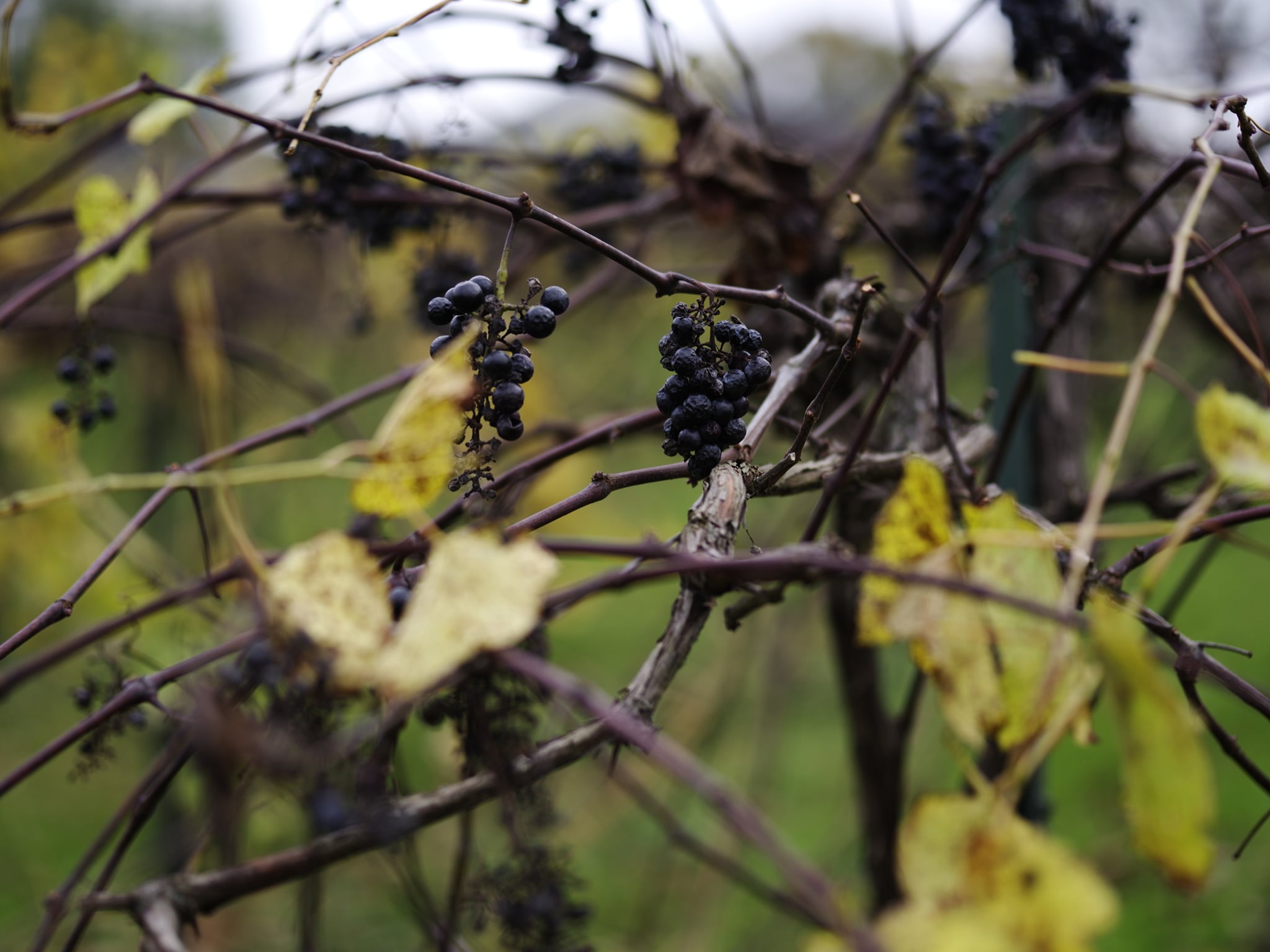 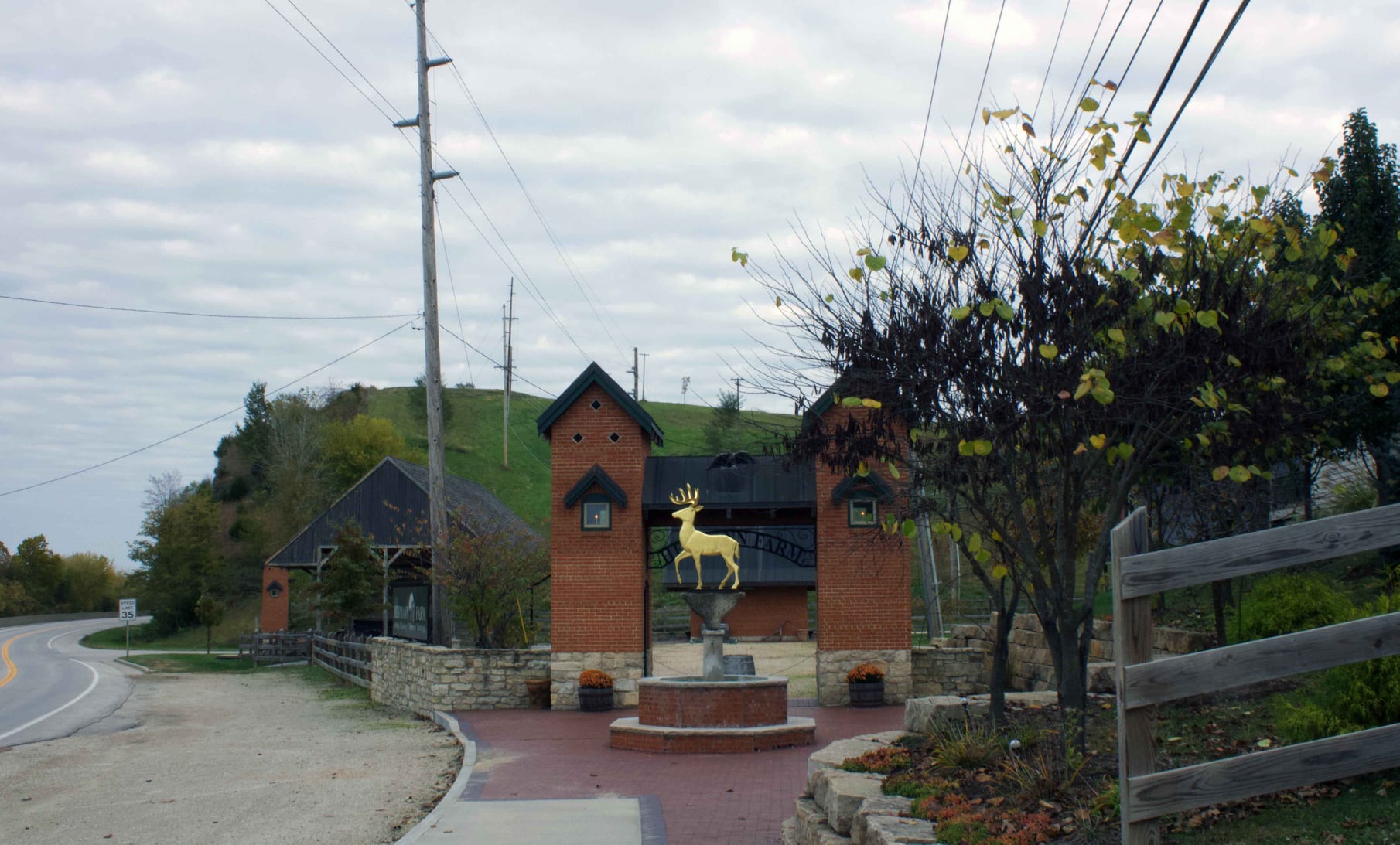 In 1829, a Missouri settler returned to Germany to publish his account of the benefits of relocating to Missouri. The man’s name was Gottfried Duden, and his publication, Report of a journey to the western states of North America and a multi-year sojourn in the years 1824 through 1827, did more to sell the idea of the New Rhineland than perhaps any other proselytizing for the idyl of Missouri life of the time. Duden reported in his book that Germans would be safer and more successful if they settled in groups, which became a practice resulting in the formation of several Missouri towns.

In 1837-1838, a group formed of the German Resettlement Society of Philadelphia arrived at the site of Hermann, which had been purchased earlier by George Bayer (on behalf of the Society). Though Bayer had selected the spot and had been charged with leading the early development of the settlement, he was not popular among the other founders. When he died a year later, he was buried in an isolated plot of the new community’s cemetery. 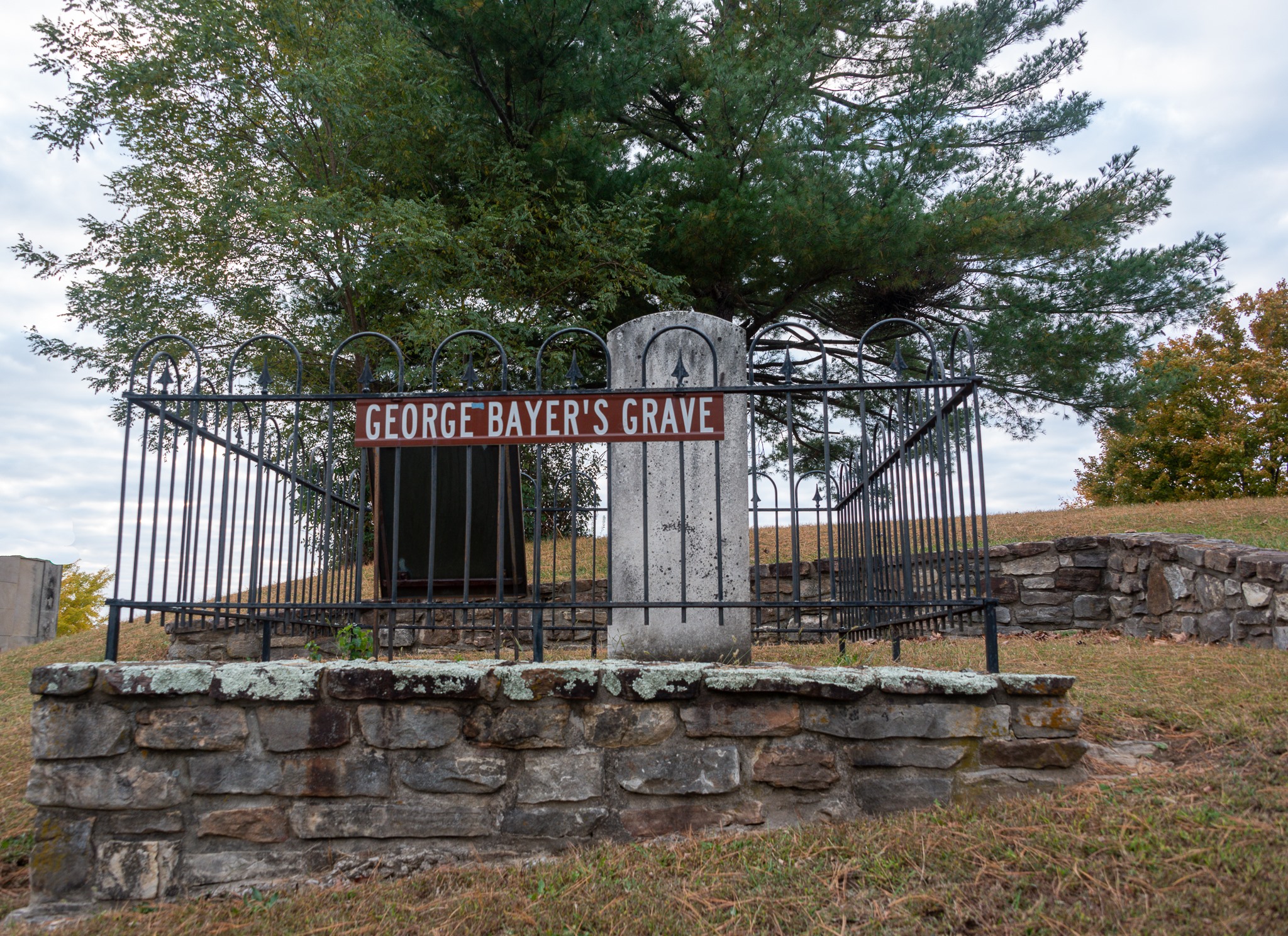 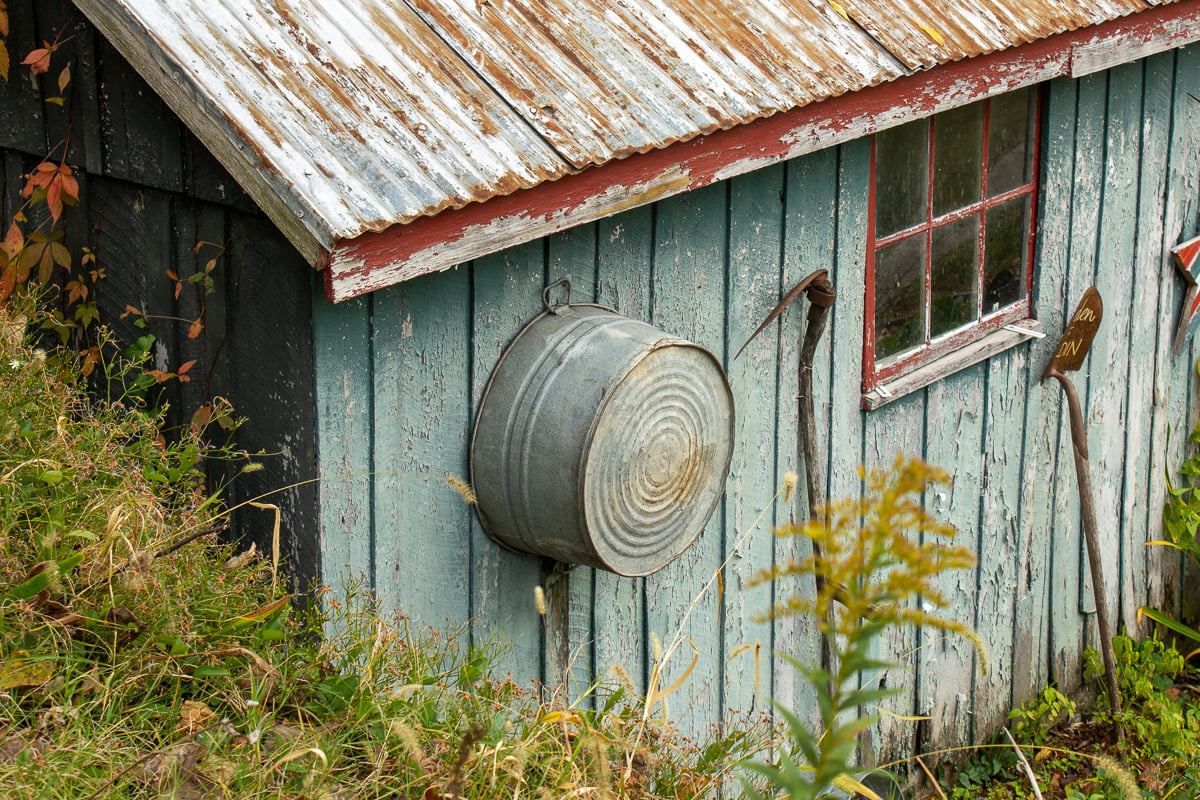 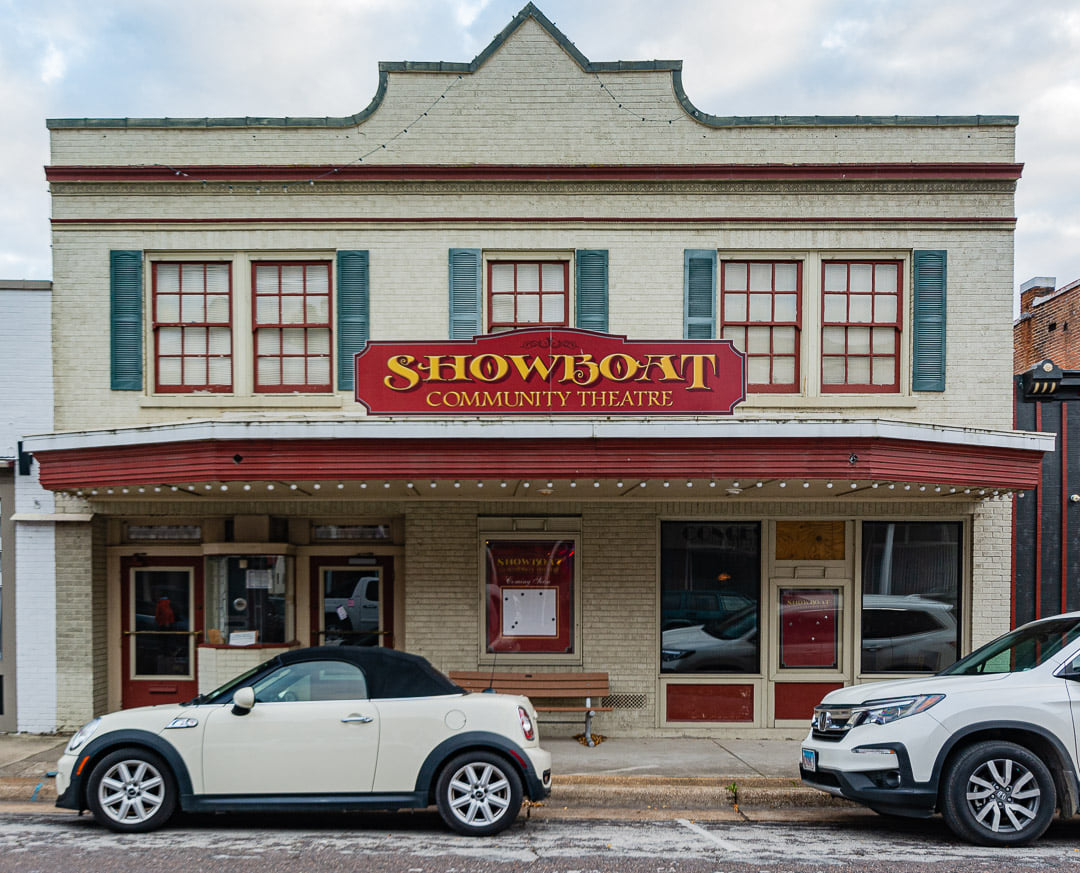 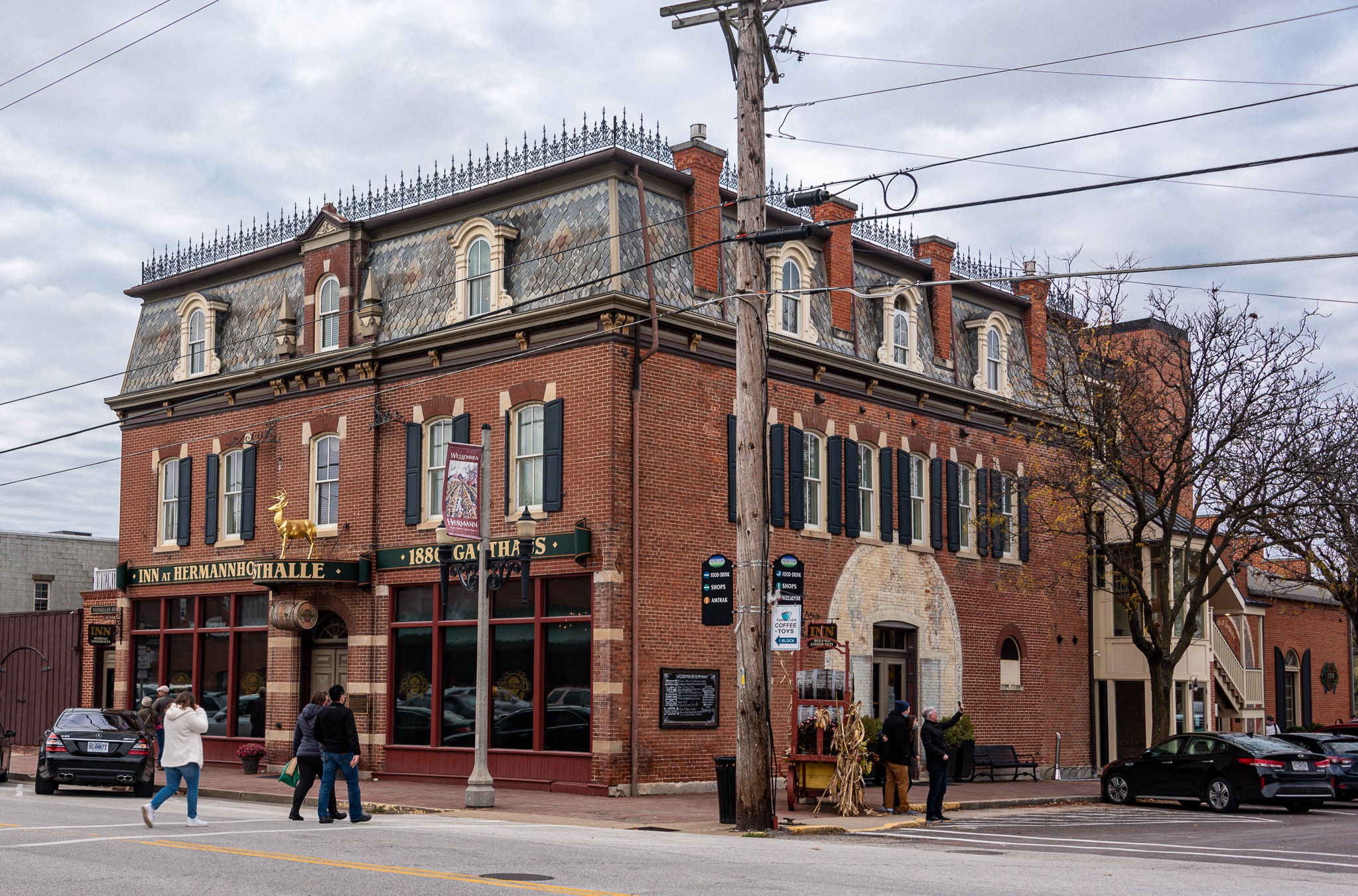 As should be expected, life from the start in Hermann possessed a decidedly German character. The language was spoken almost exclusively on the streets, in homes and businesses for many decades. The settlers brought with them old world skills like winemaking and beer brewing, which brought considerable acclaim to the town. In the years prior to prohibition, Missouri had the second-largest wine producing region in the United States, after New York’s. Interestingly, in the 1870’s, Hermann and other Missouri wine rootstocks were instrumental in saving the French wine industry from an invasive louse that decimated European wine crops. The Missouri rootstocks were resistant to the louse, and were grafted to the rootstocks of French wine strains, thus preserving an entire legacy from ruin.

German prosperity in Hermann was not meant to last, however. In the 20th Century, German identity clashed with anti-German sentiment in America during the World Wars. The language, which was once  taught as part of the curriculum in St. Louis public schools, could incite violence if spoken openly on the streets. This, combined with prohibition of alcohol, led to a disappearing of German heritage from cities and towns in Missouri, including Hermann. A period of economic decline followed for the town, and industry largely evaporated.

In the 1970’s, Jim Dierberg, a bank owner, recognized the potential latent in the old town of Hermann, and made his first investments of the millions of dollars he and his family would contribute to the revitalization of the community. Much like the current plan to reinvigorate the city of Alton, the Dierbergs restored deteriorated buildings, opened new businesses (like the Hermannhof Winery and Hermannhof Inn), built attractions (like the Hermannhof Living History farm and Festhalle), and sought to bring back some of the German character lost over time. In doing so, the Dierberg family has created innumerable opportunities for many small businesses and the local economy to thrive. 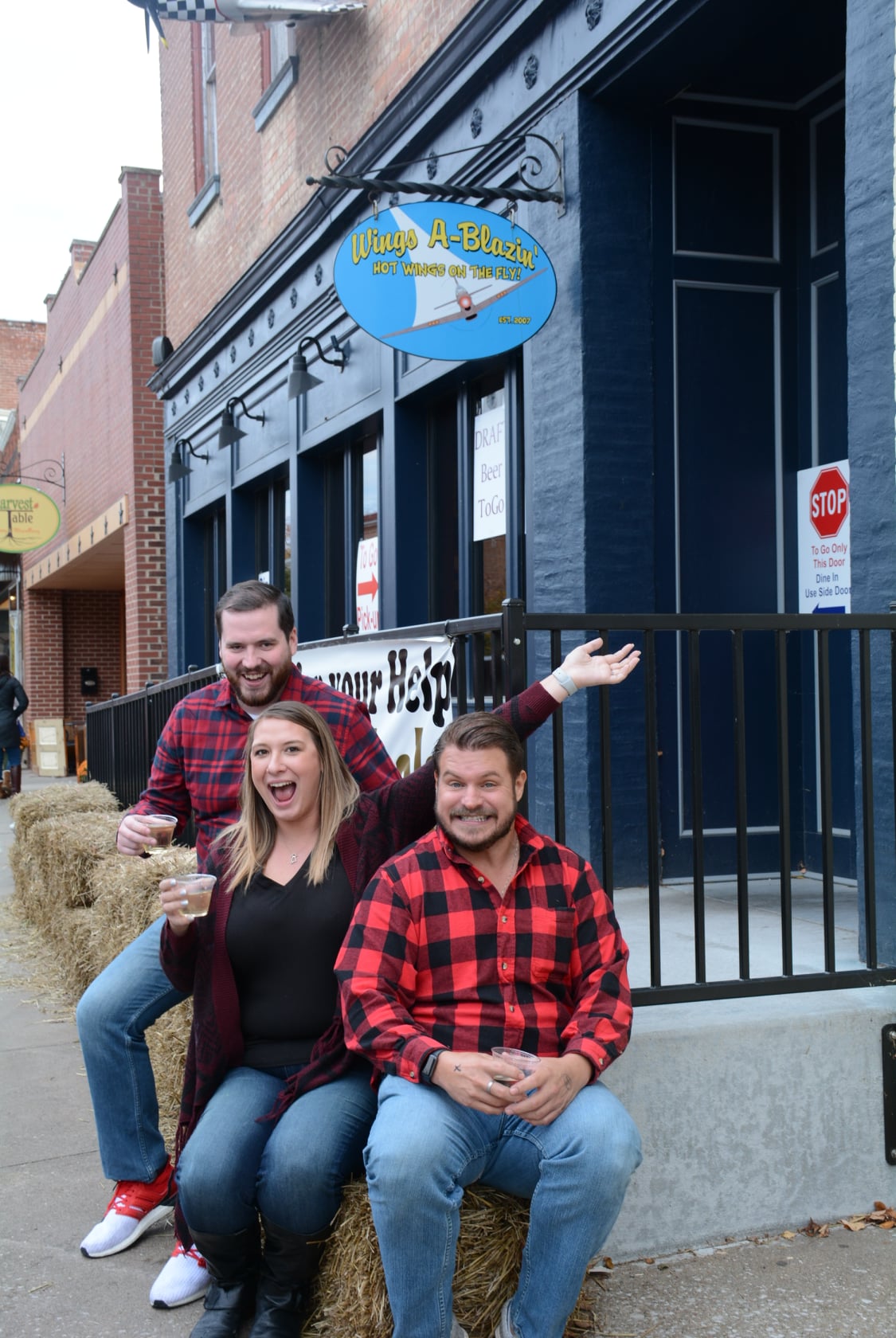 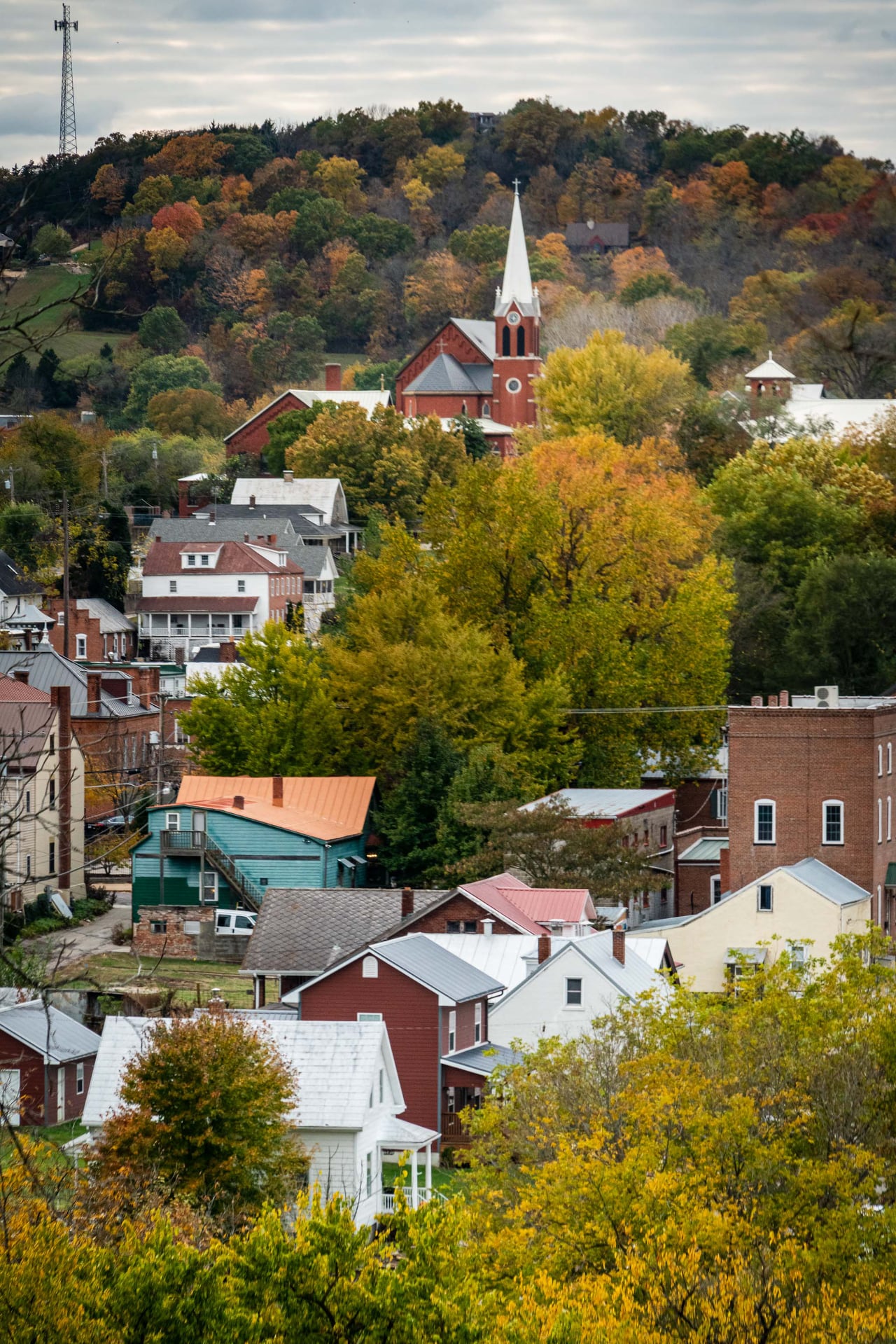 Today, Photo Flood Saint Louis entered Hermann amid its busy Oktoberfest season, which annually attracts throngs of wine and beer revelers and bridal parties (estimations are upwards of 100,000 yearly visitors for Hermann’s Maifest and Oktoberfest events). Walking around the town of just under 3,000, it feels alive, vibrant and full of activity. Inspiring even. It may not be Rhineland, but it is probably as close as Missouri will ever get. 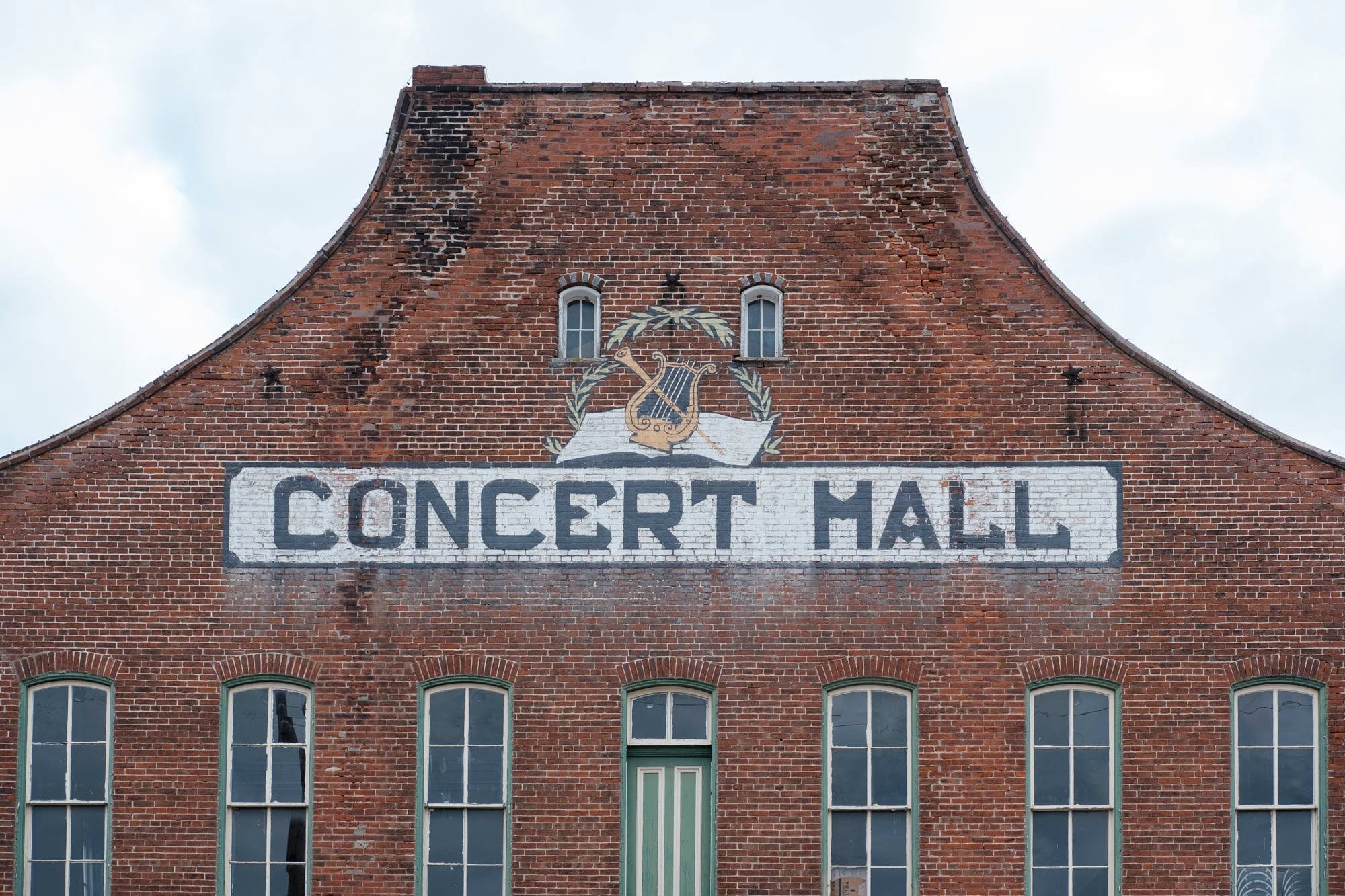 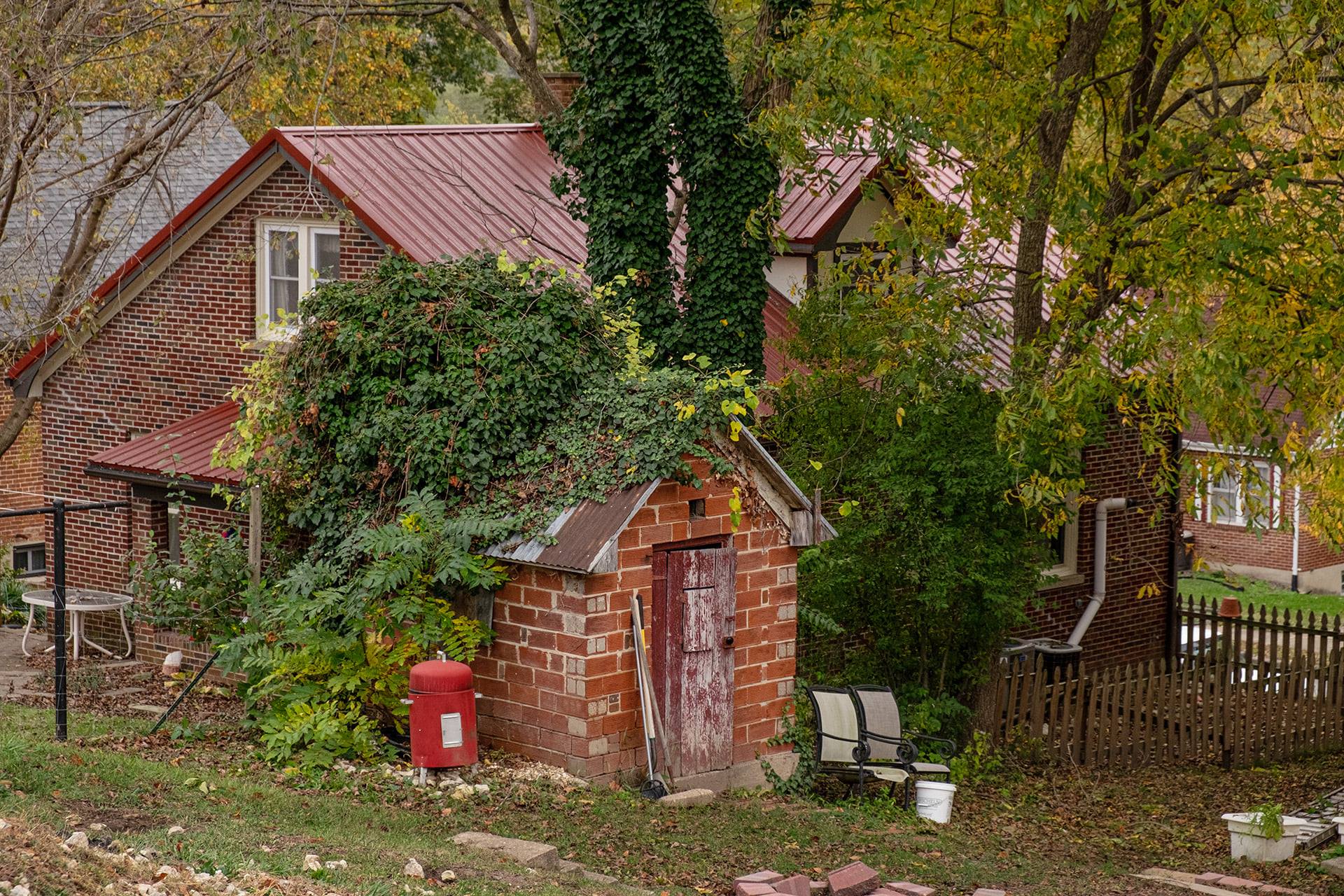