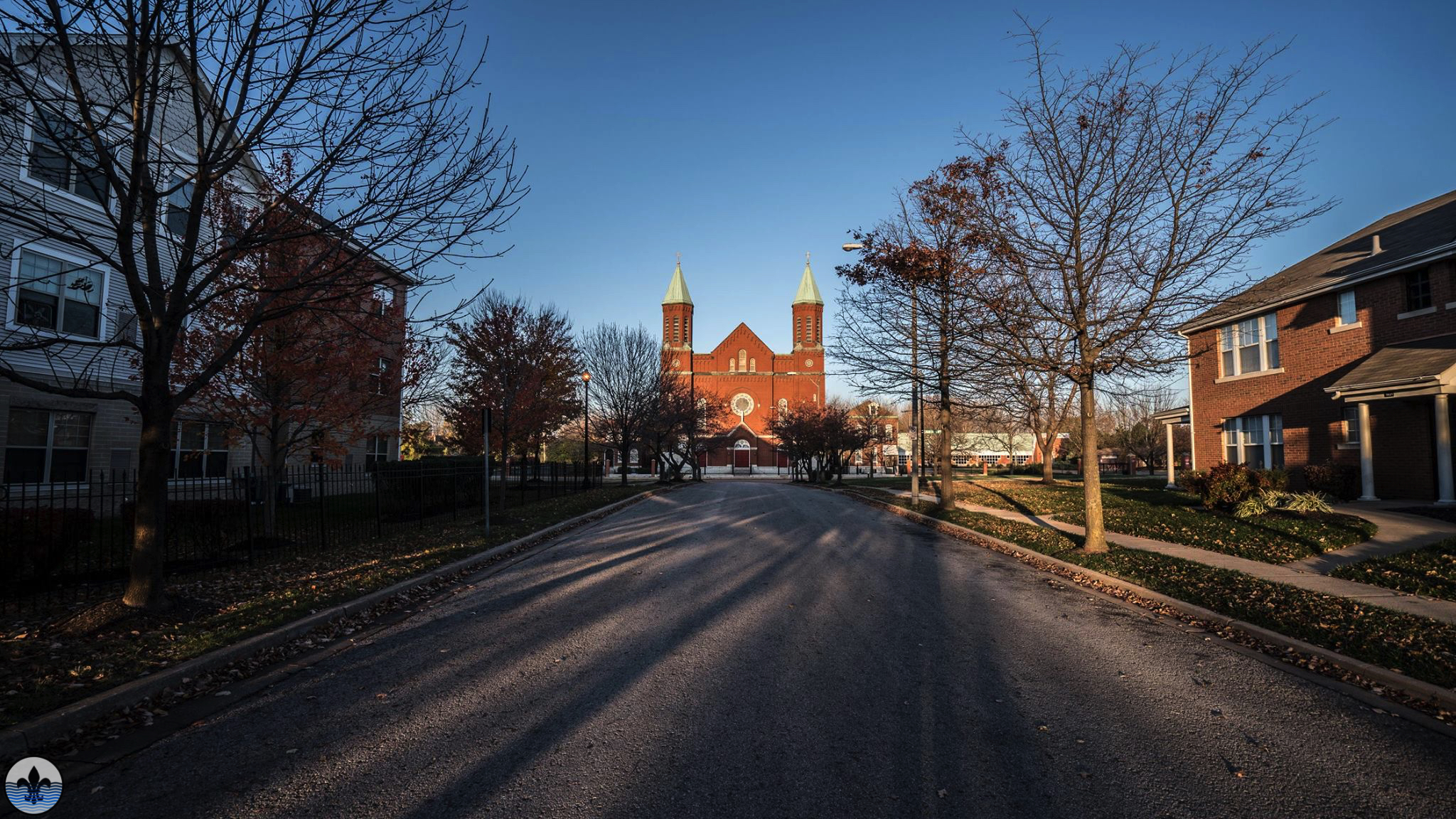 Carr Square is an interesting companion to the neighborhoods nearby that we’ve already explored, and is in fact, sort of a mash-up of each. It is part in-fill ala Columbus Square, part open prairie ala St. Louis Place, part old STL ala Downtown West, and part identity lost in time ala JeffVanderLou. That said, there is a lot to see in Carr Square that is unique to it, too. For instance, it contains the former Pruitt-Igoe site (now mostly a forest), has arguably the best unobstructed views of Downtown anywhere in the city, it possesses the old Carr School (perpetually on and off again for restoration), and a tight-knit, though relatively small, African immigrant community. 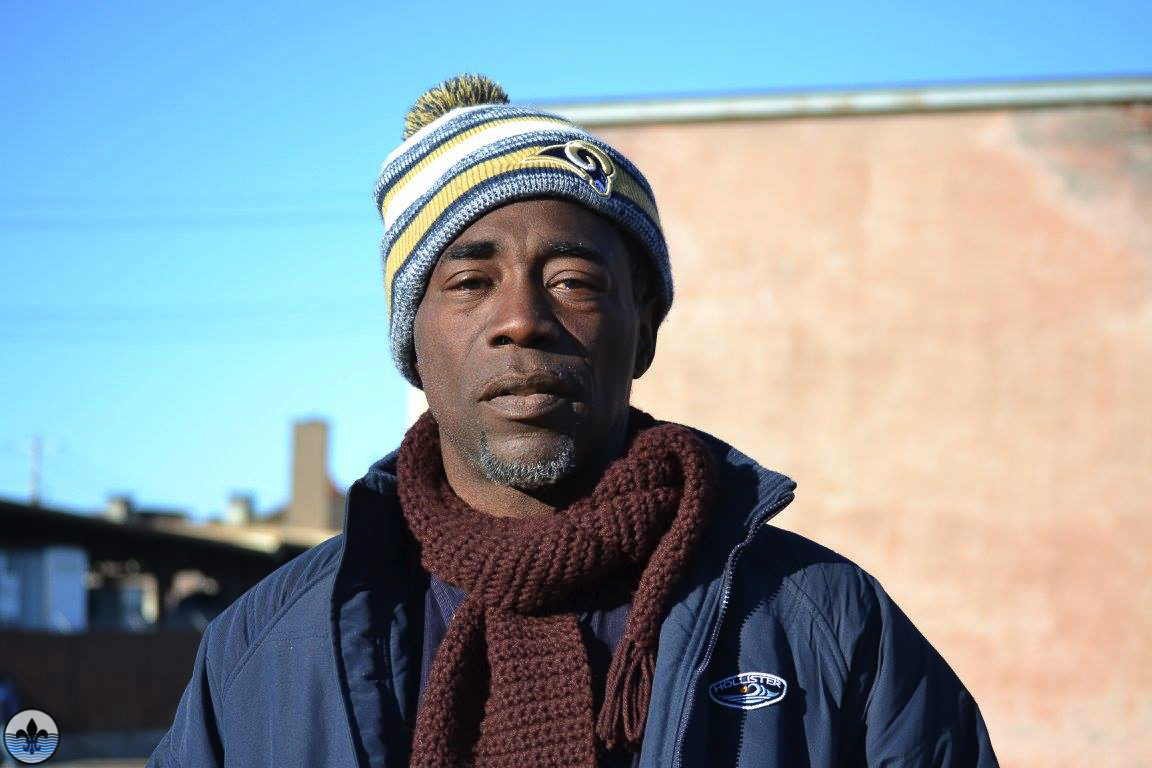 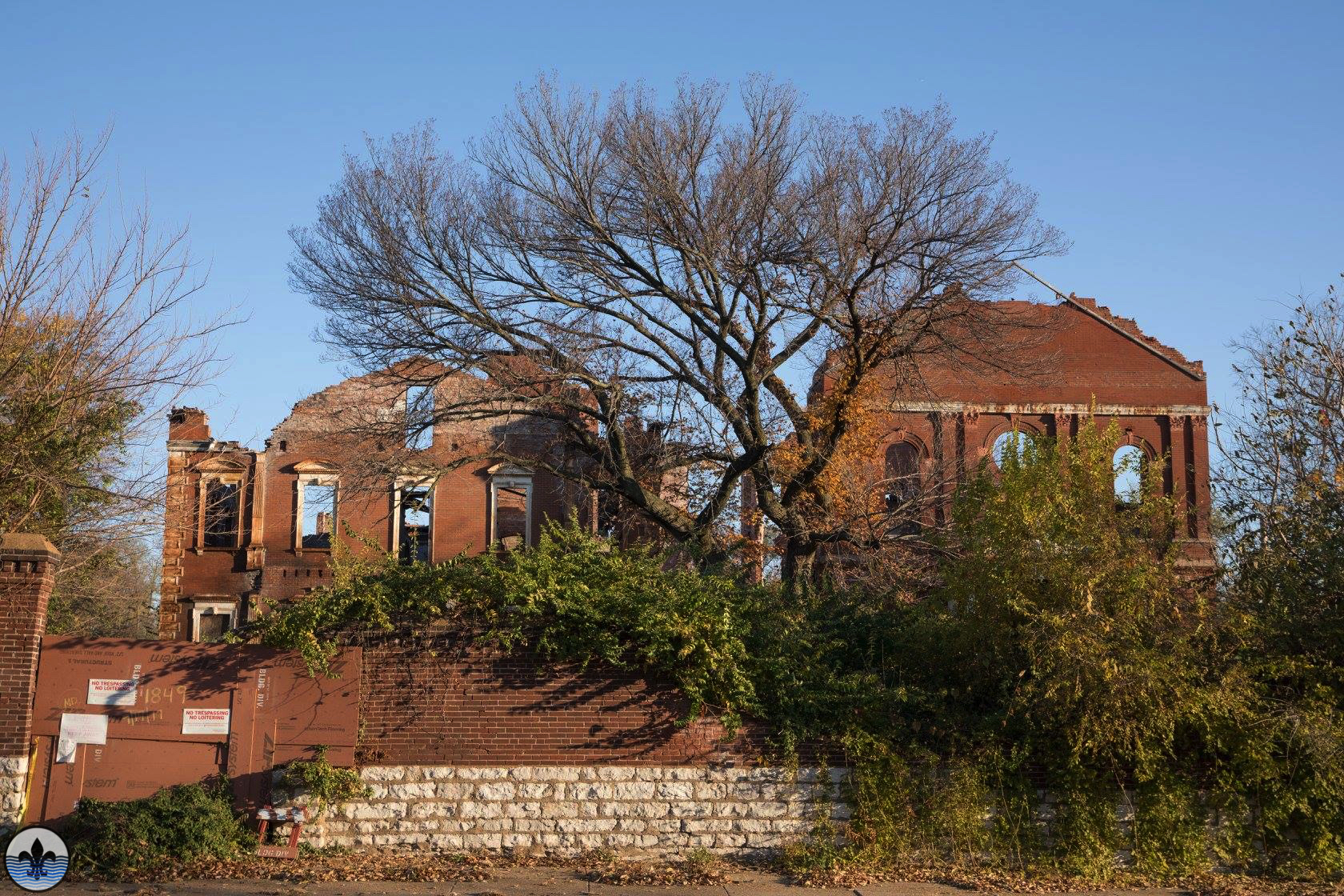 The early histories of Carr Square and Columbus Square are so similar, we are going to reiterate much of what we’ve already published for Columbus Square here. Though, as time goes on, the neighborhoods grow more and more distinct from one another.

The 1840’s in St. Louis were a time of significant growth and of significant change. In 1843, the Mississippi River had to be rerouted along the St. Louis riverfront (the channel was moving toward the Illinois side, which would eventually have made the Missouri side unnavigable for the hundreds of steamboats normally docked along its levee). In 1849, the twin calamities of fire and cholera devastated both the physical features of Downtown and the city’s populace, yet the city came together afterward ready to rebuild itself bigger and better equipped for a new generation of industries. Culture was changing too.  In a city with a primarily French heritage, St. Louis had become more decidedly American (ie. Protestant), though German, Irish and Italian influences would continue to rise through the end of the century. Between 1840 and 1850, the city had nearly tripled in size, and it was during this time that the first population of any particular significance appeared on the land that would become Carr Square. 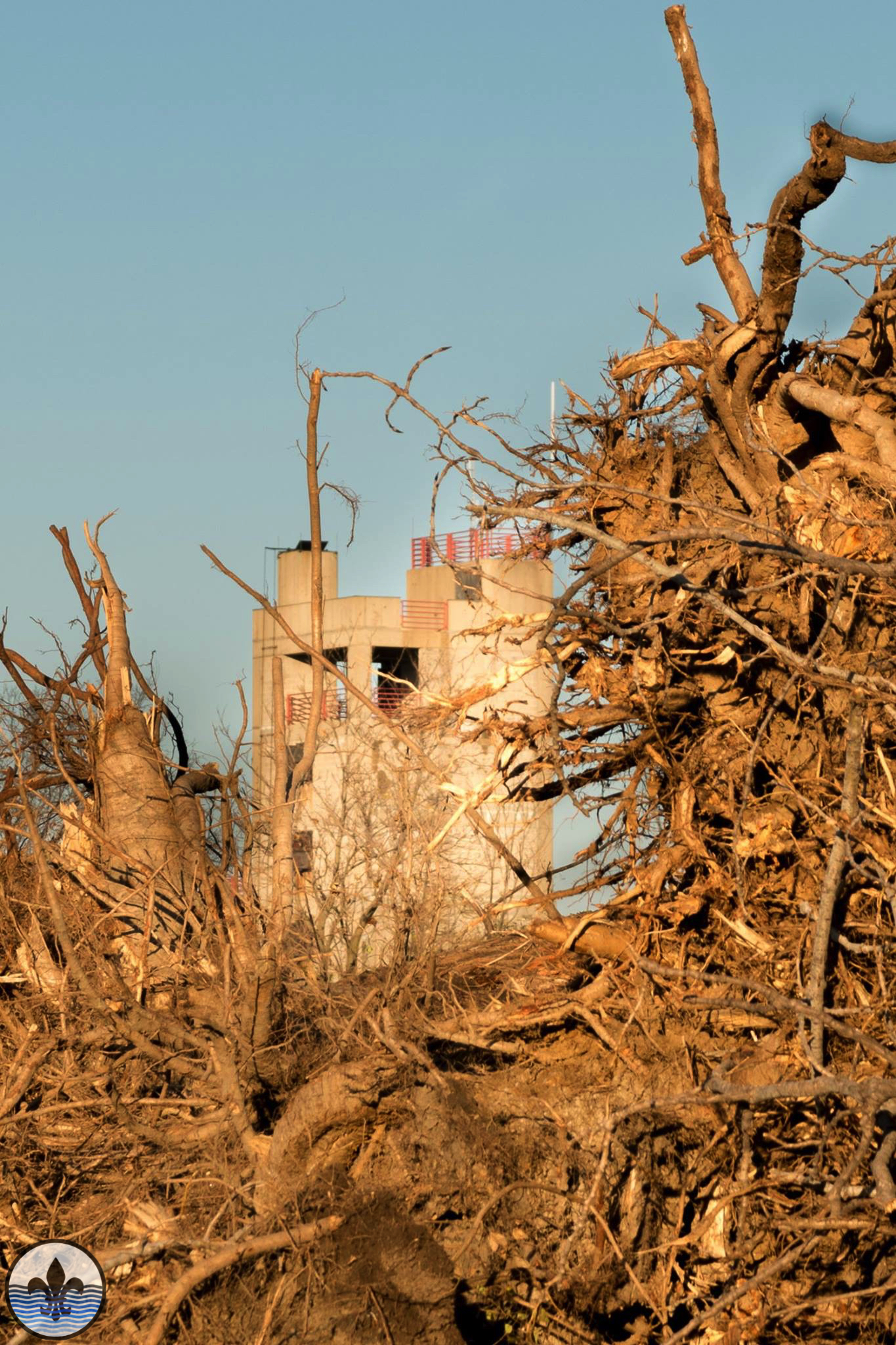 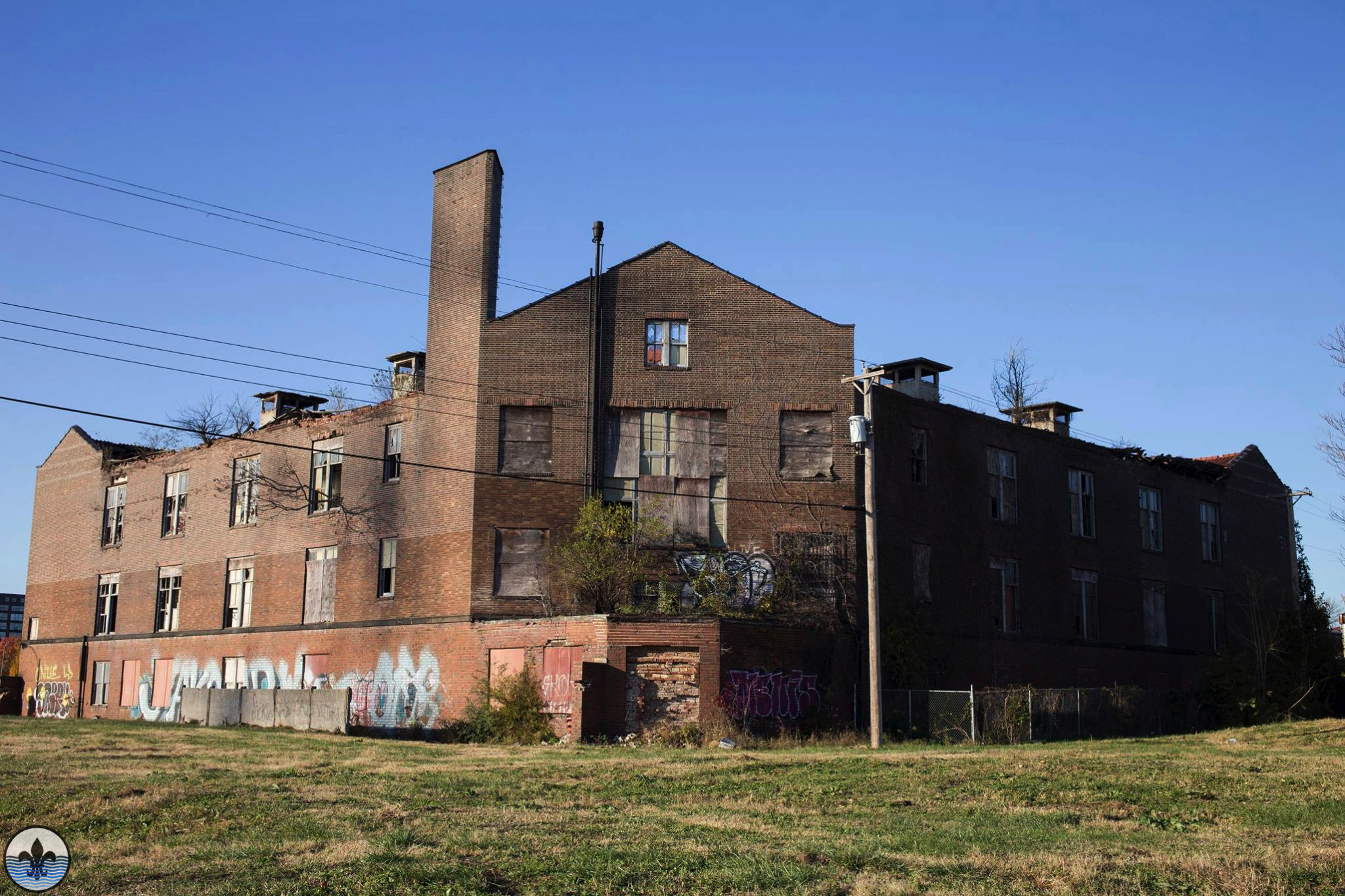 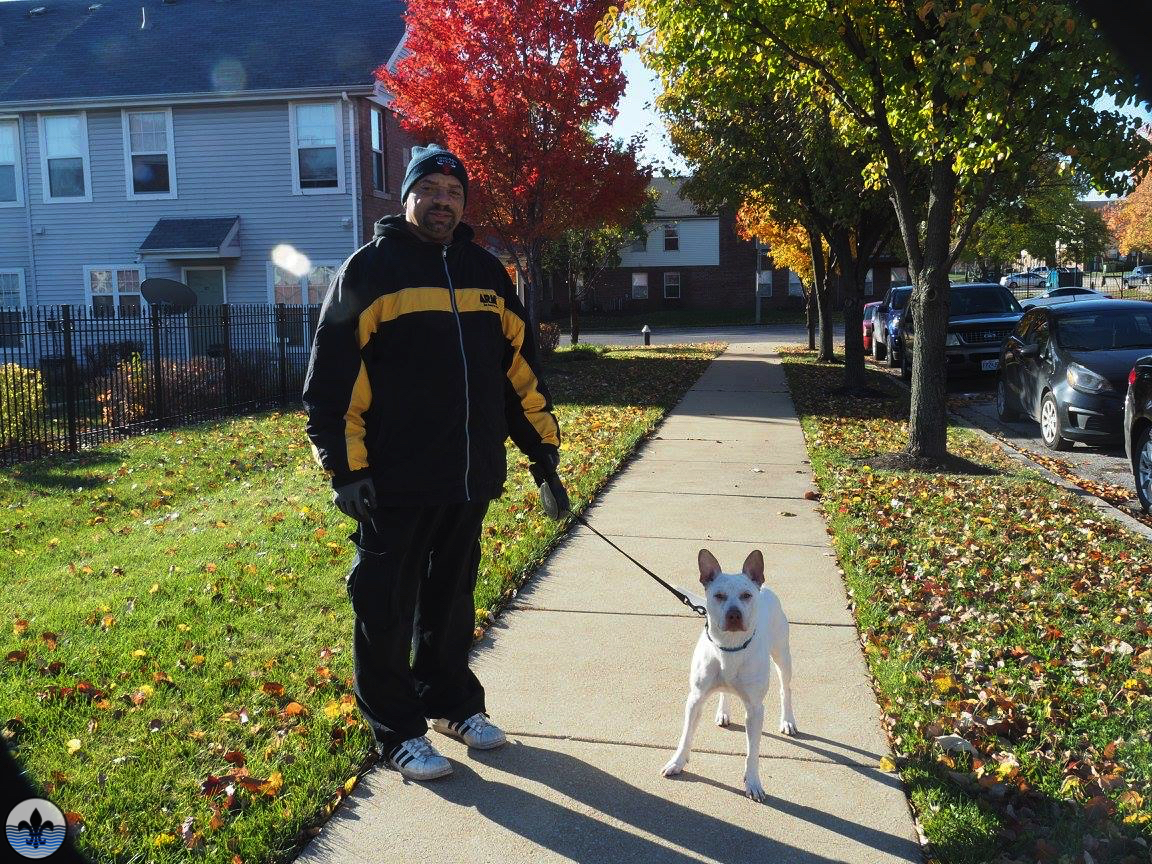 The first people of Carr Square were of primarily Irish descent, and came to the area as squatters escaping the tenement housing in Columbus Square that was also to follow. The “Kerry Patch”, as the Irish tenement community was referred, eventually moved further north (or out of the area altogether when Cheltenham opened). In their place came successive waves of Polish immigrants, a group that is often left out of St. Louis’ immigrant discourse -because their numbers were no where near the size of the German or Irish groups- though who would make significant contributions to the region nonetheless.

In 1880, the Polish residents of Carr Square formed a Catholic parish for themselves called St. Stanislaus Kostka Parish.  Unlike other Catholic churches in the area at the time, the parish at St. Stanislaus formed a non-profit corporation to manage the expenses of the parish and to oversee its property. Through this Corporation, the Church has remained separate but linked to the Catholic Archdiocese, one would assume to early on protect their Polish identity. This unique relationship with the Archdiocese continued mostly unfettered for over 100 years, but was challenged in the early 2000’s when St. Louis Archbishop Raymond Burke sought to wrench control away from the congregation and maintain it under the Archdiocese.  After a lengthy court battle with the Catholic Church, during which St. Stanislaus’ priests were recalled and its subsequent pastor excommunicated, a St. Louis Circuit Court ruled in favor of St. Stanislaus in 2012, and the Church remains semi-autonomous to this day. 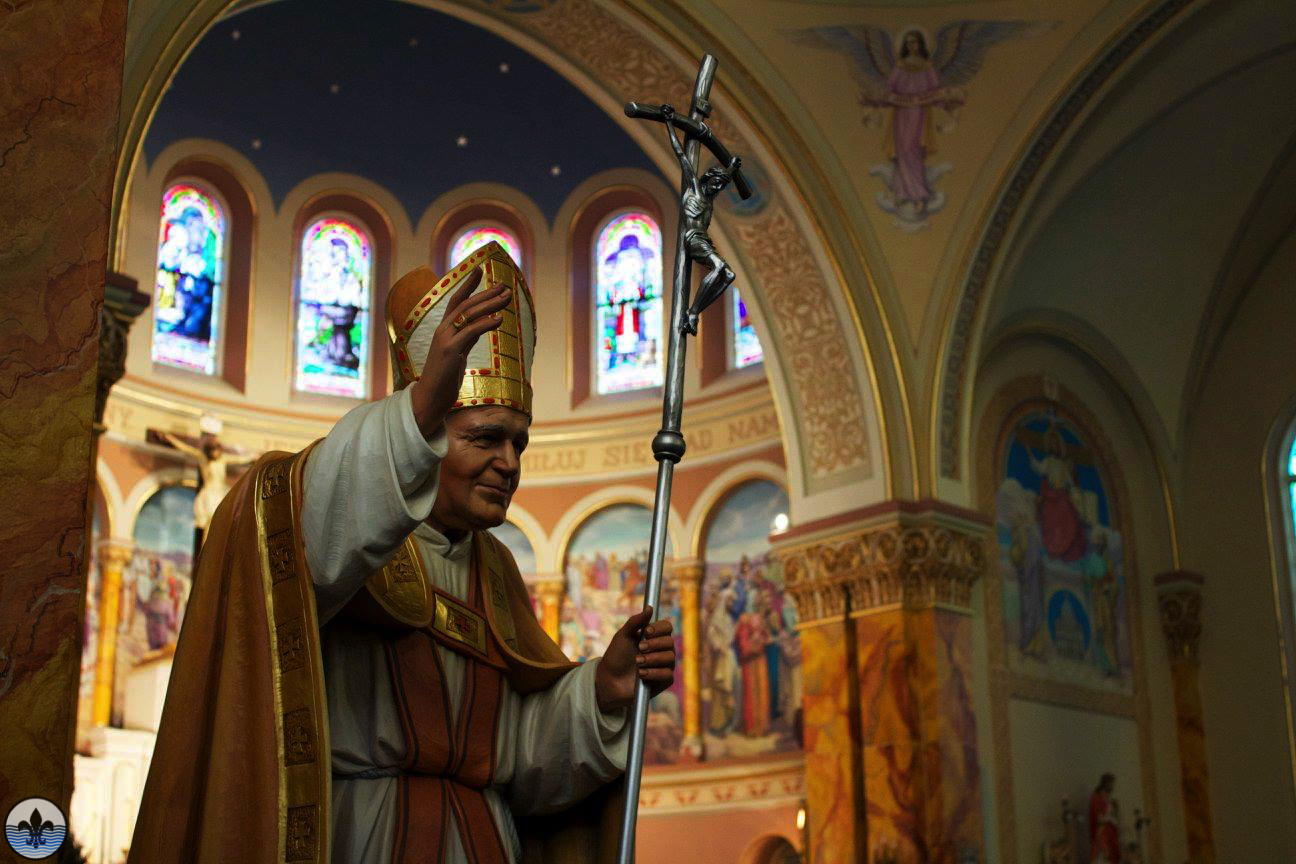 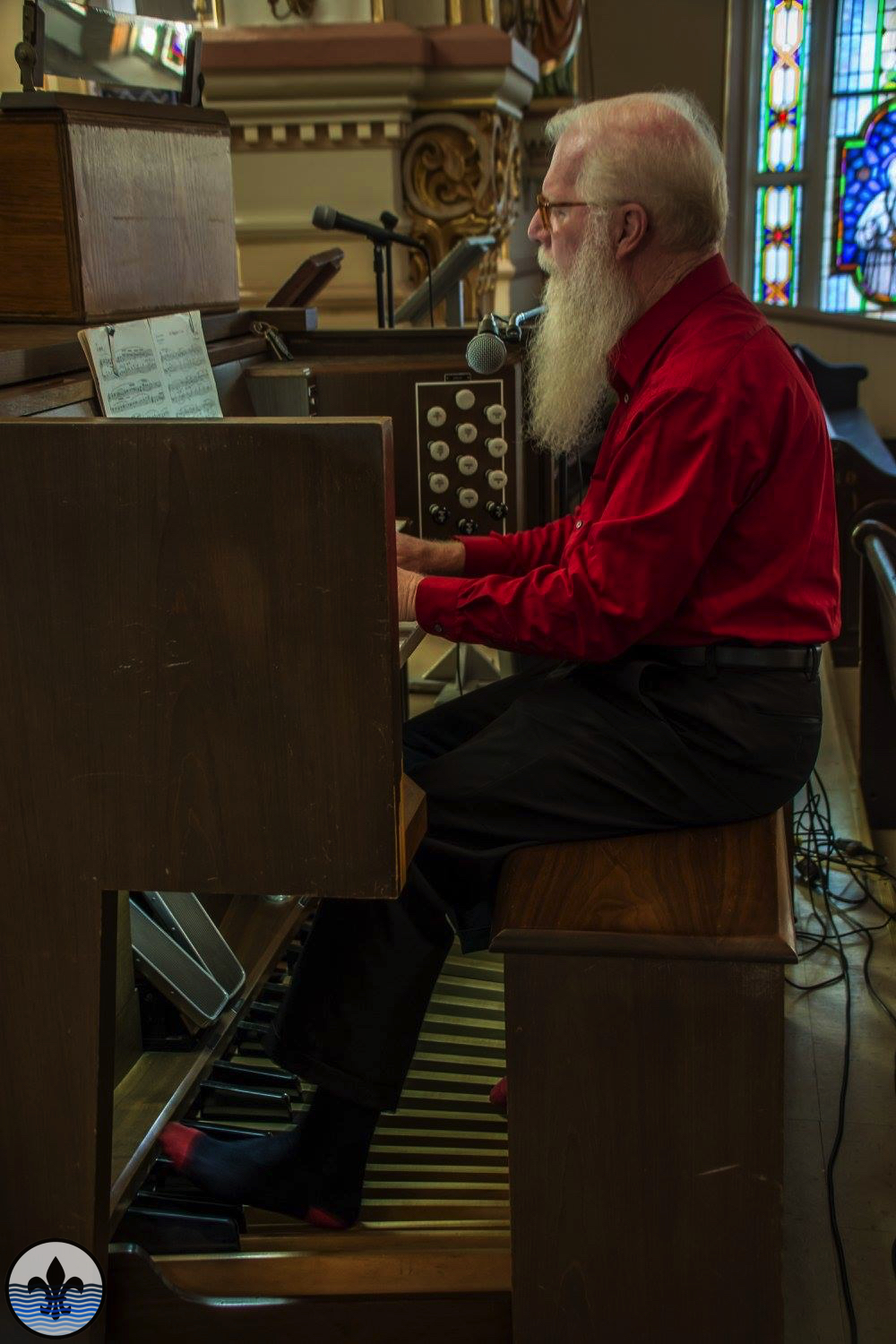 According to a 2013 study, St. Louis was 7th in the country among similarly sized metropolitan areas for new immigration, and of those new immigrants arriving, 14% were of African descent. This is significant to Carr Square because it contains a growing group of African transplants in the St. Louis Housing Authority properties between 18th and 20th, just north of Carr. This is great news given the positive impact that immigrant populations have tended to have on the new communities where they call home.

And it is true that Carr Square could use a little TLC.  That said, this is largely because Carr Square has received a lot of negative meddling on behalf of the city over the years, especially in the era of the first generation of public housing projects that originated under St. Louis Mayor Joseph Durst (he had previously served as Director of Public Welfare and believed in the idea of slum clearance, a practice that has later been referred to as “negro removal”). During his tenure in office, over 20,000 public housing units, mostly in vertical towers, were either constructed or planned to be constructed, and the most ambitious and most iconic of them all was chosen for Carr Square: the Pruitt-Igoe Complex. 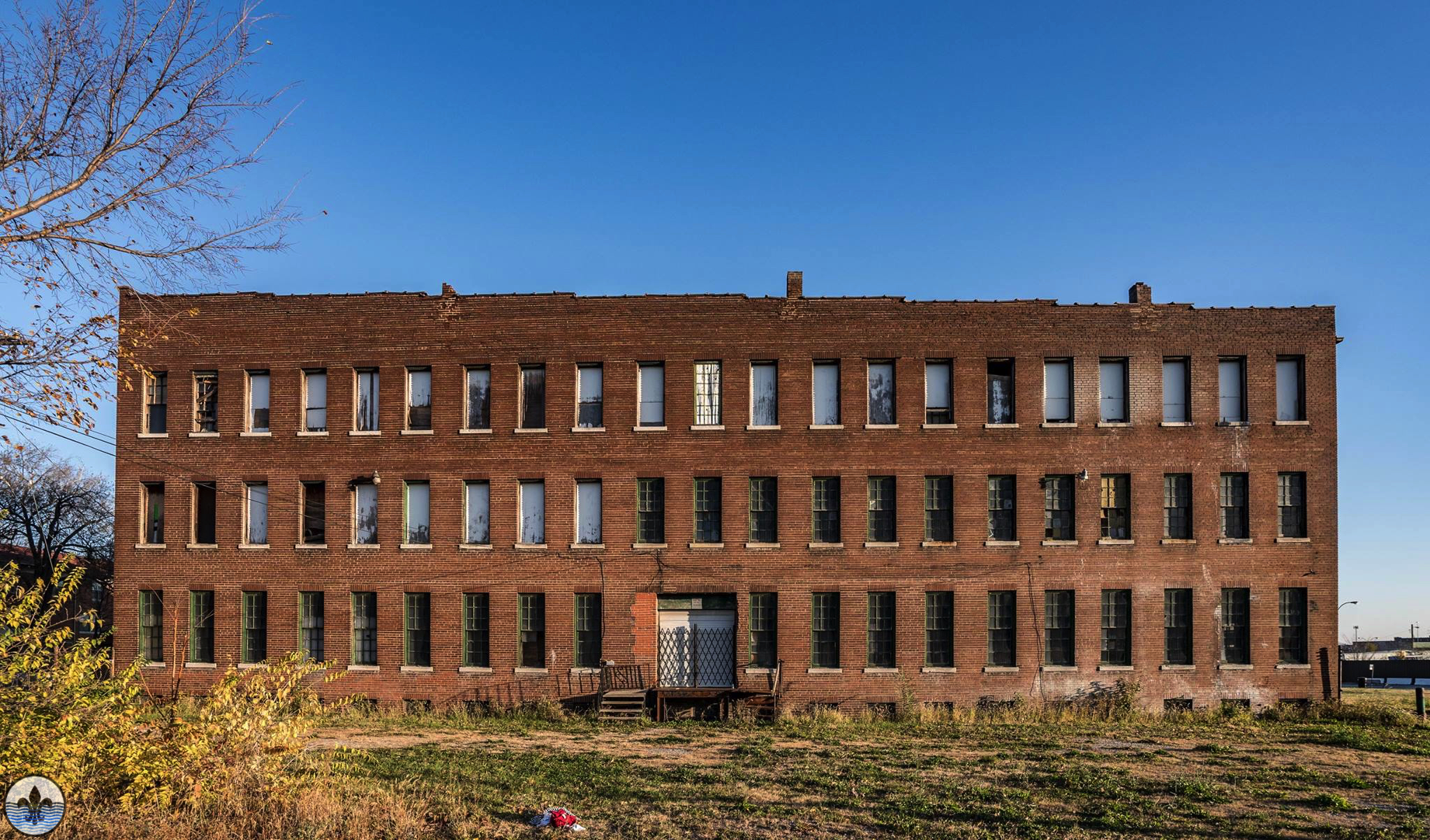 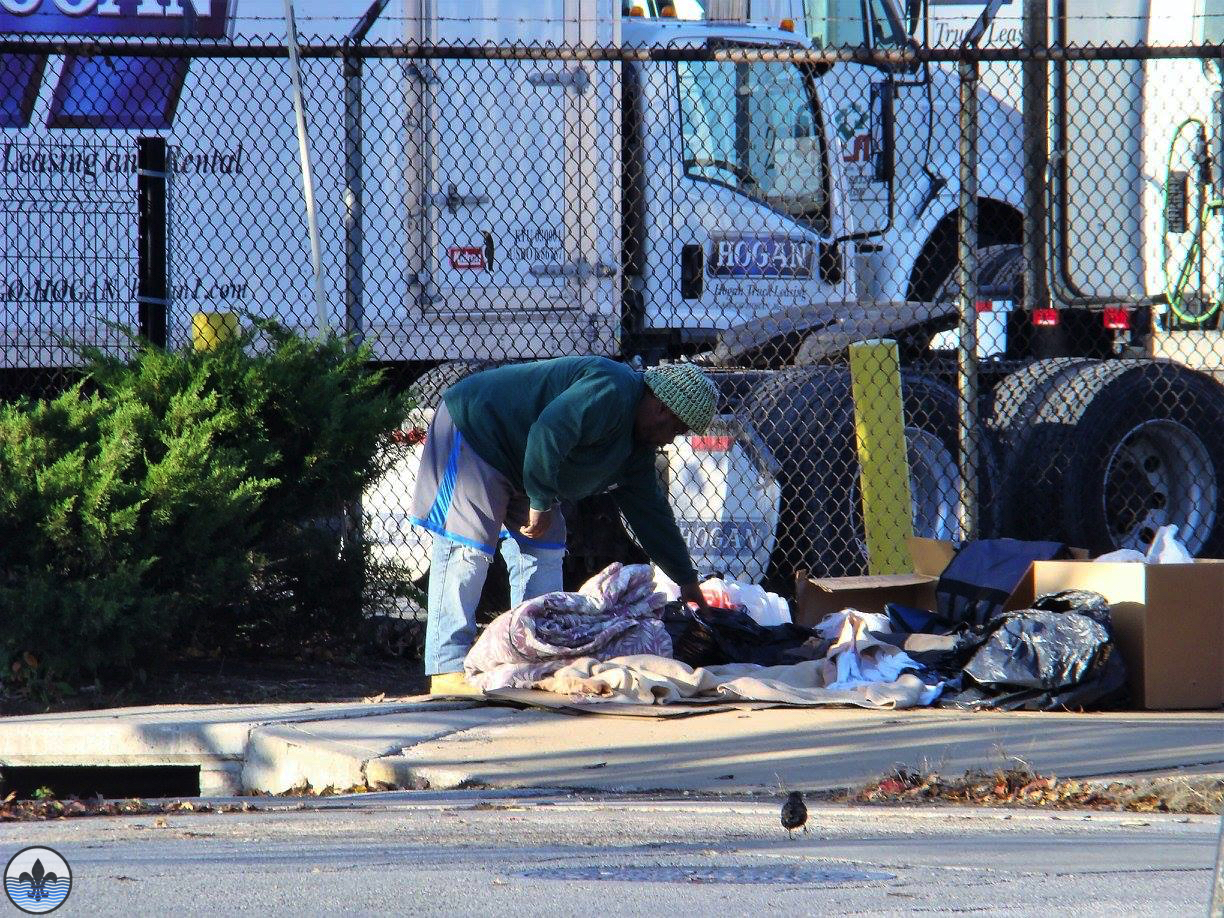 In 1954, the 33, 11-story buildings of the Pruitt-Igoe Complex were to provide cost-effective government-sponsored housing (made possible by the Federal Housing Act of 1949) to the many families, primarily African-American, who were cited as previously living in crowded, sub-standard tenement apartments close to Downtown. Though this actuality certainly existed for many during the time, it was not the complete story for relocating all families to Pruitt-Igoe (as the later removal of Mill Creek Valley would show); in fact, later overcrowding in this public housing complex exceeded the population density of the neighborhood that it directly replaced. Rather, racial segregation stemming from real estate practices long engrained in St. Louis (even the housing at Pruitt-Igoe was originally segregated), combined with a desire to raze areas of low income housing close to Downtown for the hope of future commercial development were behind the construction of Pruitt-Igoe. In 1950, St. Louis had reached its population peak of 856,796 people, and it was a 1940’s vision of a city teeming with a population of more than 1 million that initially made clearing land close to downtown attractive to civic leaders. However, by the time of Pruitt-Igoe’s opening, a widespread exodus of the city was already underway, that, combined with exacerbation from the 1956 Federal Highway Act’s rampant highway construction, would eliminate more than 25% of the city’s population in a single subsequent decade. This trending loss of population, made the city’s leaders even more hard-pressed to make Downtown as attractive to development as possible, a stance that has cost African-Americans and other low-income people their communities, as well as, depraved the city of some of its most historic structures. At Pruitt-Igoe, the experiment in urban housing by local Housing Authorities would continue for almost 20 years, until the complex was slated for demolition in the early 1970’s- after the managing agencies were financially broke, vacancy was widespread, and living conditions in the devastated and crumbling buildings had reached a dangerous crescendo (culminating from poor sanitation, crime, and drug use). Most blame was placed on the Black families that had lived there, who were accused of willfully neglecting and intentionally damaging this “gift” from the city (a belief that has tainted urban housing projects ever since), while the remainder was registered upon the project’s architects, who were blamed for designing inferior buildings. Of course, this blame negates that initial costs were cut by the Housing Authority that would have provided for both better construction elements and longterm living conditions (for instance, designs for playgrounds for children and public restrooms were scrapped for cost). Not to mention, when things broke down, such as the elevators (in a 33-story building!), the Housing Authority often never made those repairs. Today, the Pruitt-Igoe site still sits almost completely vacant and overrun by vegetation, an urban forest, even while the neighborhood just to its north underwent a population displacement (for the sake of a new Federal Government Facility) not dissimilar to those that cleared low-income residents from downtown. 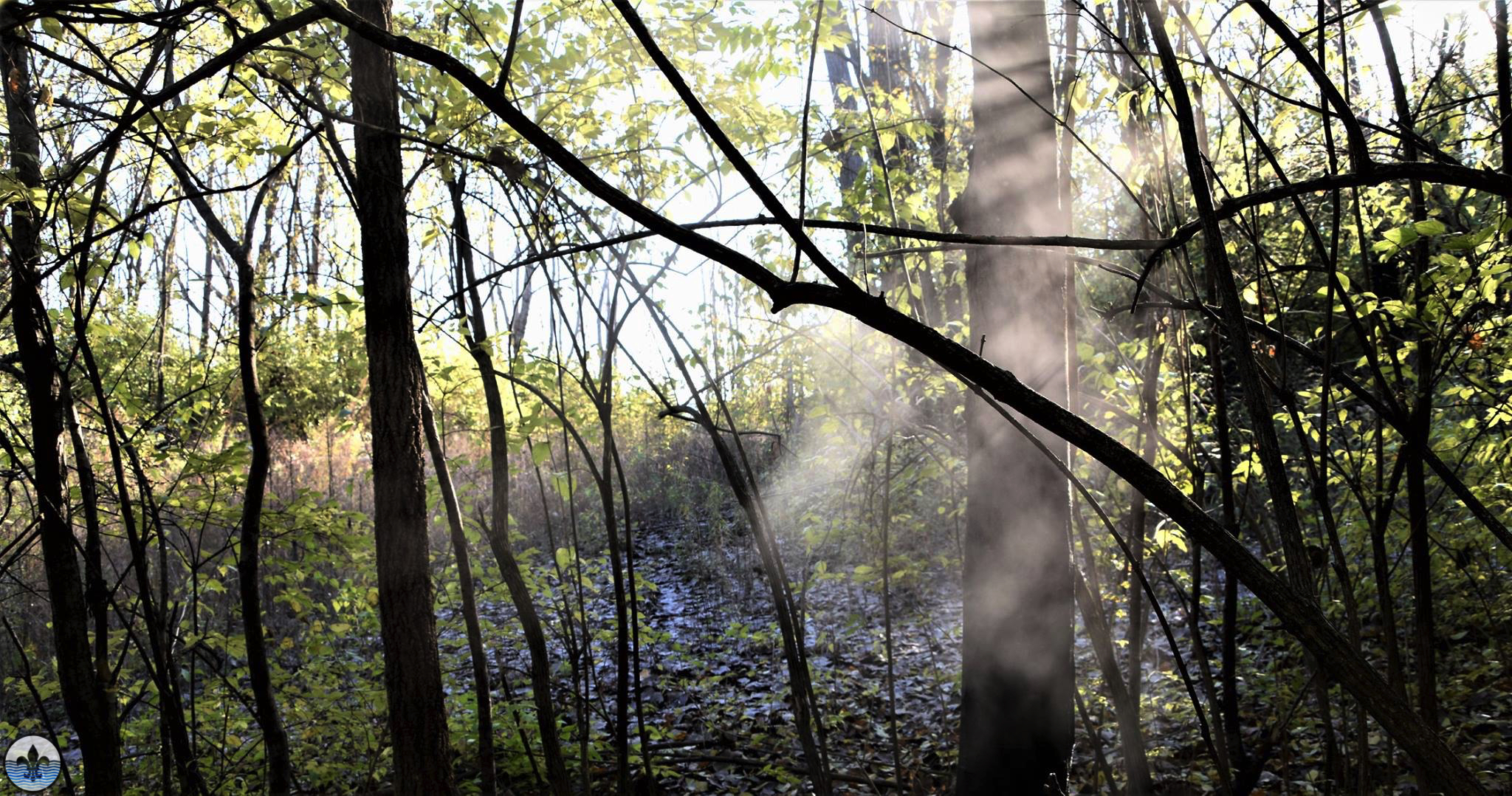 Today, Carr Square is a neighborhood on the rebound. It’s central and eastern portions continue to be sites of home development projects (the neighborhood is the city’s third fastest growing neighborhood wholly on the Northside, according to the 2000 and 2010 censuses), the Carr Square Community Center continues to be a beacon of unity for residents, and both old organizations like St. Stanislaus and new ones like Flance Early Education Center are a likewise a part of the transition. 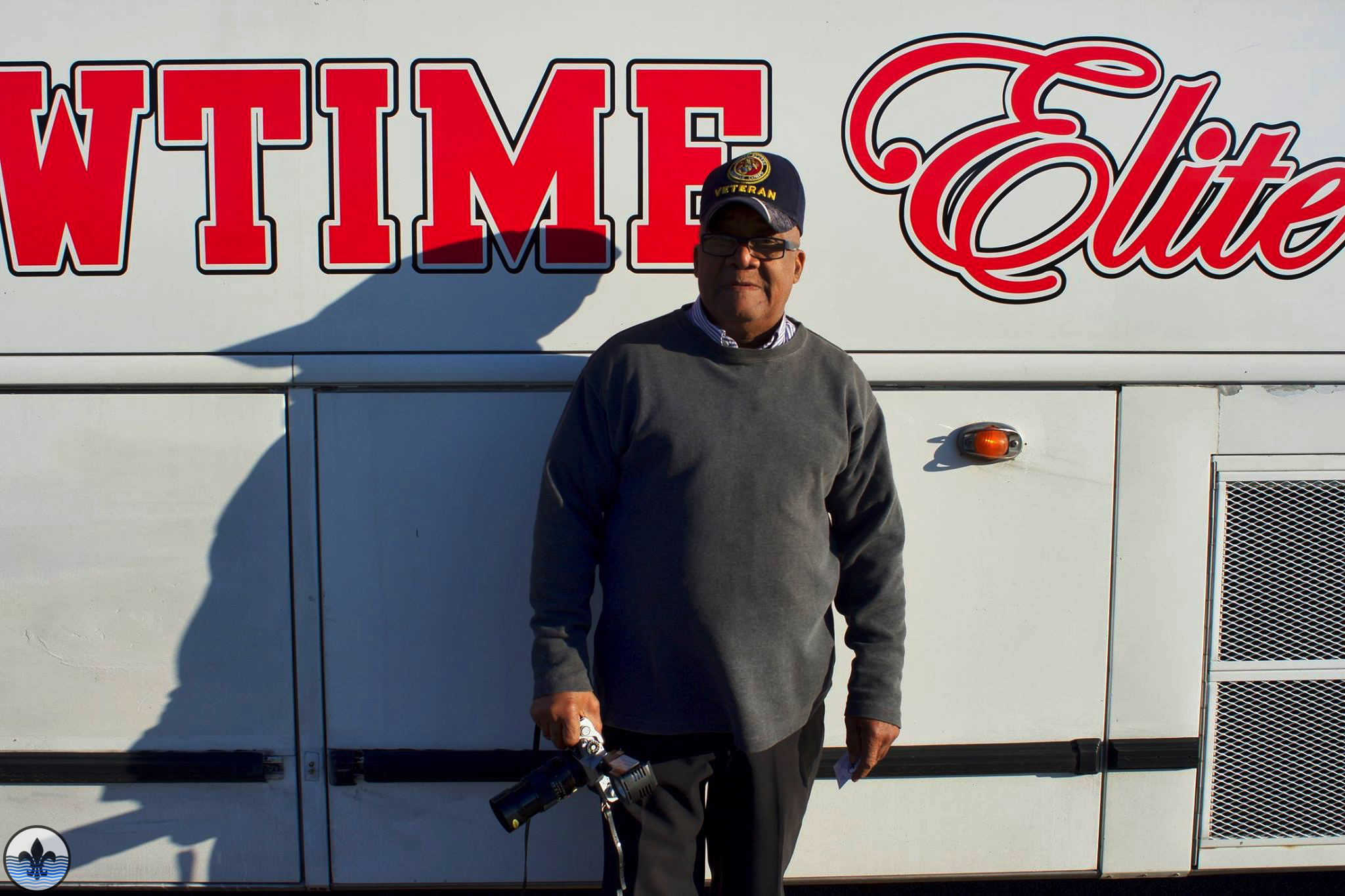 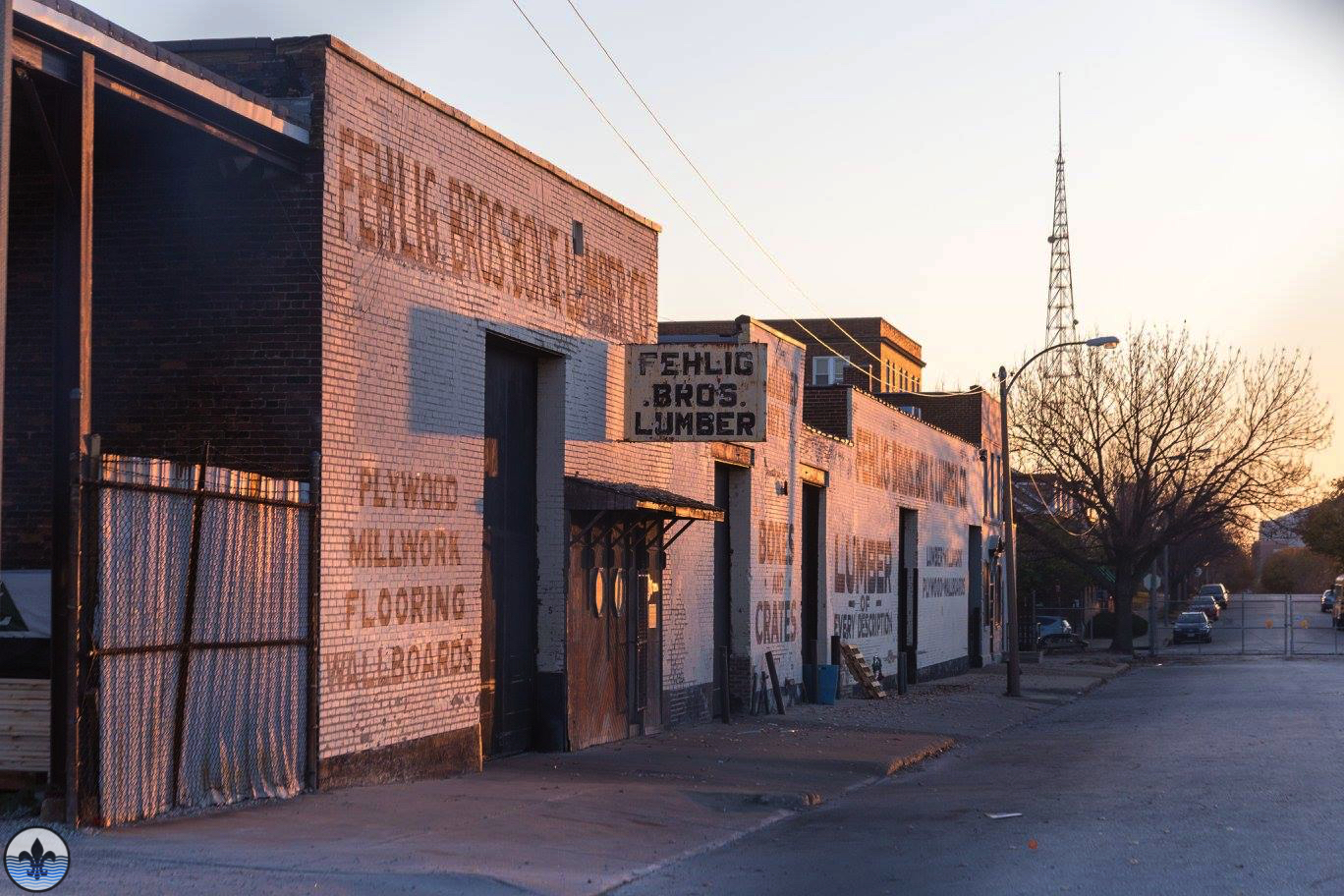 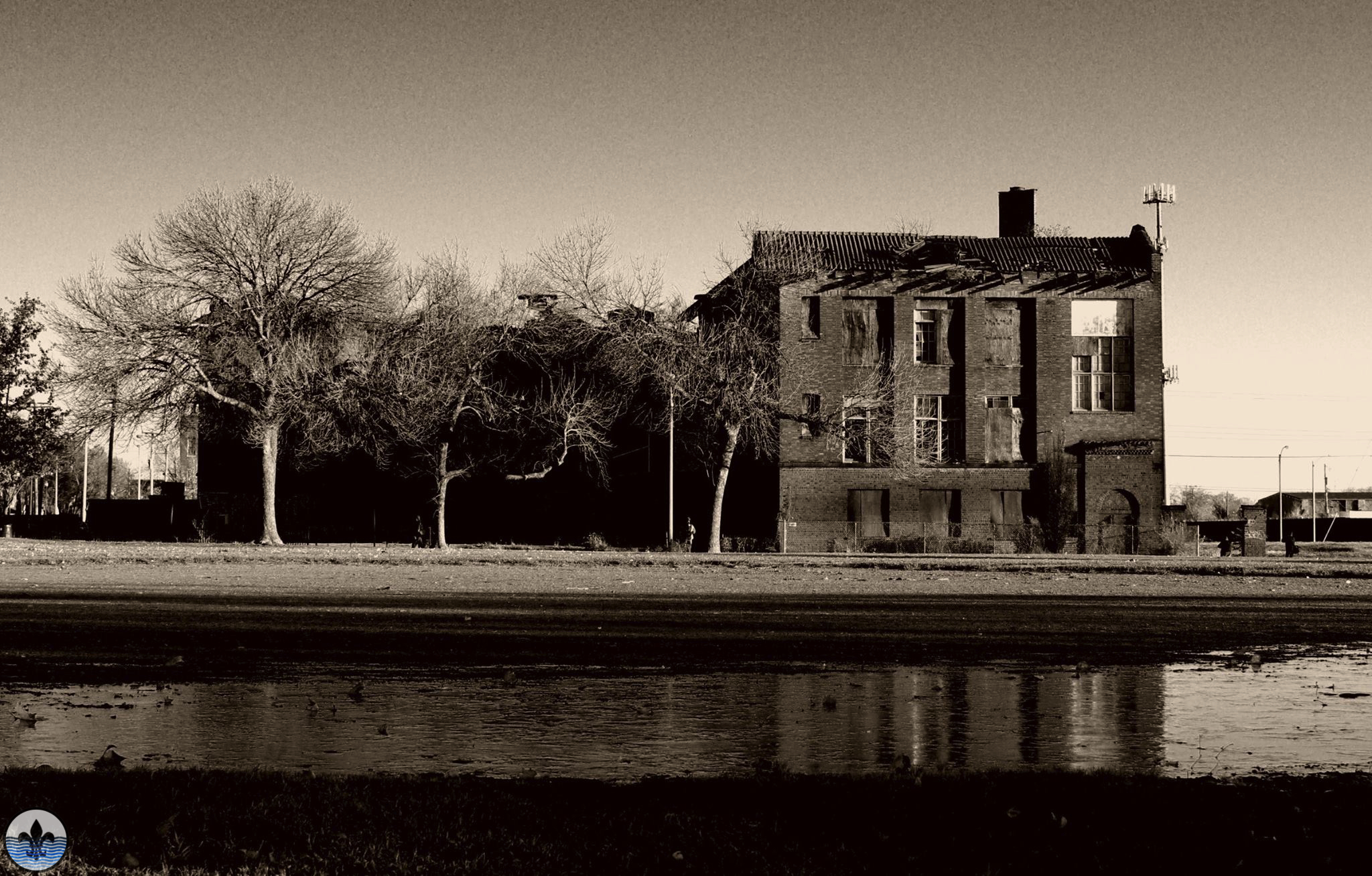 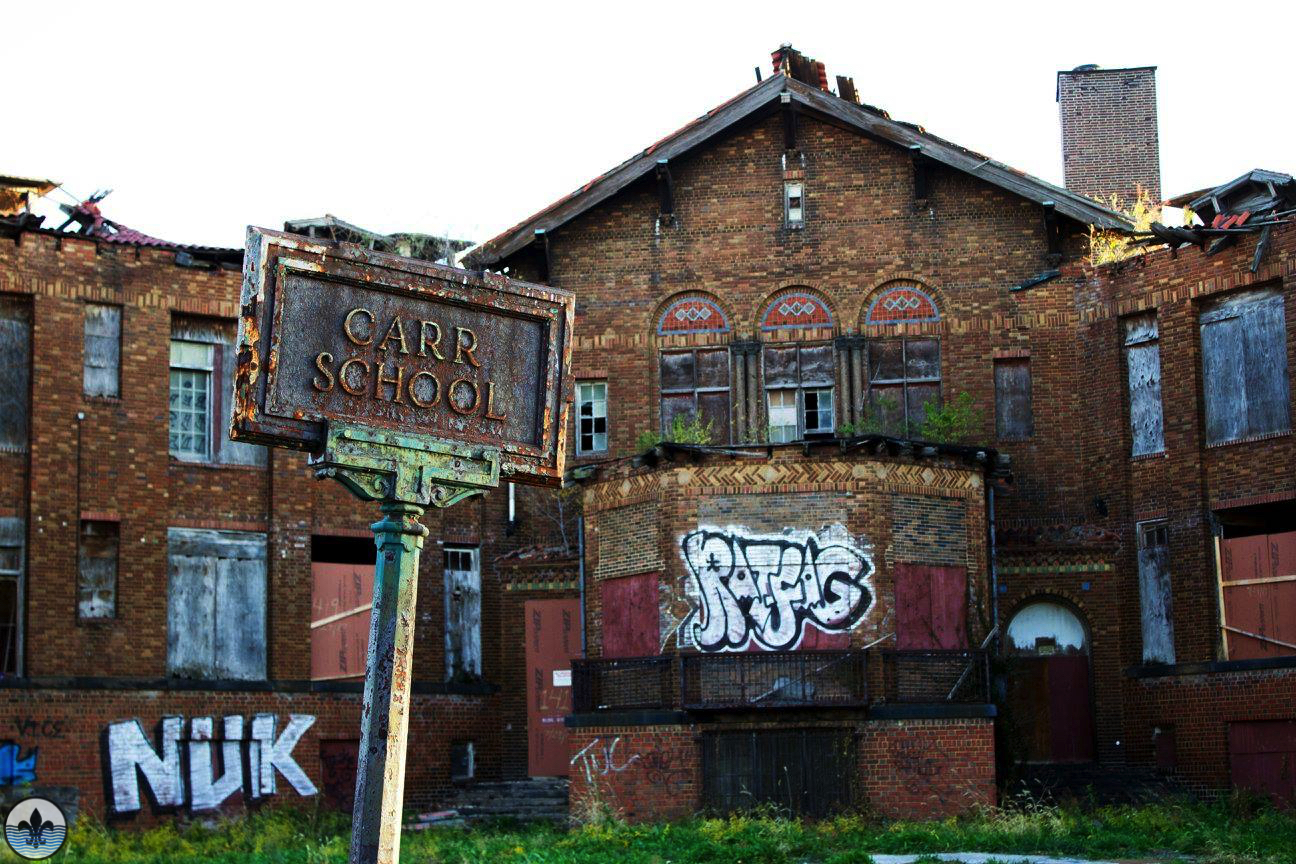 Our endpoint for Photo Flood 63 was Blondie’s Coffee, Wine and Dessert Bar, located just south of the neighborhood in Downtown West.  The venue is a great stop for a treat anytime of day!