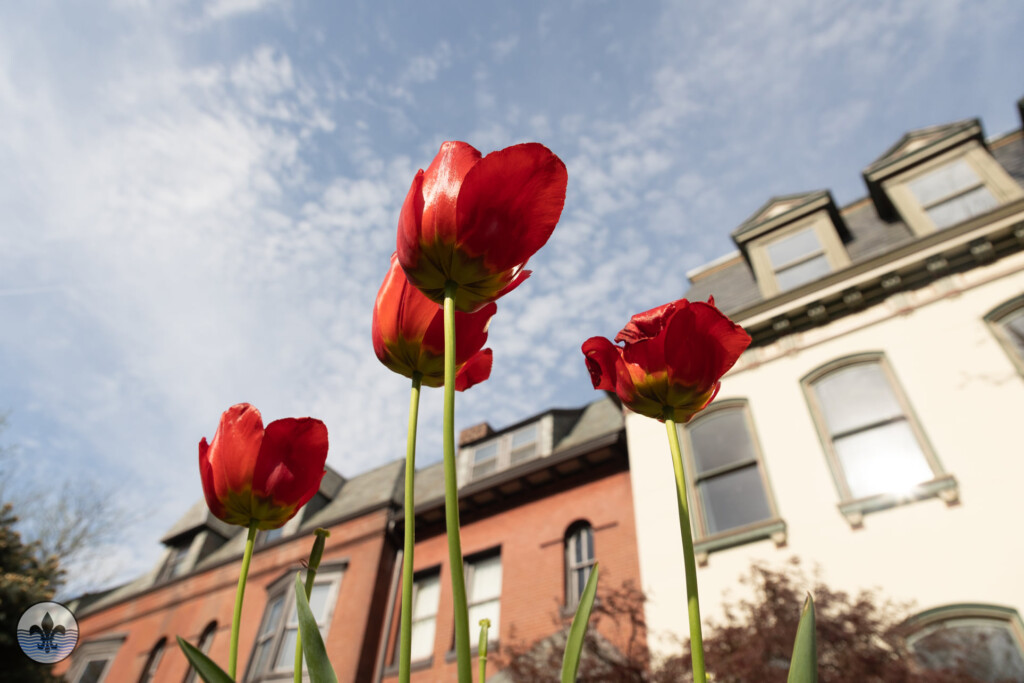 It had been nine years since Photo Flood STL visited Lafayette Square, the 10th Photo Flood in May of 2013. For this flood we were lucky as it was a beautiful spring day and there were many people out and about. As we were waiting for the flood to start a photographer came up and asked if we were waiting for the architectural photography class to start. It seems that St. Louis Community College was holding a class in the neighborhood at the same time. 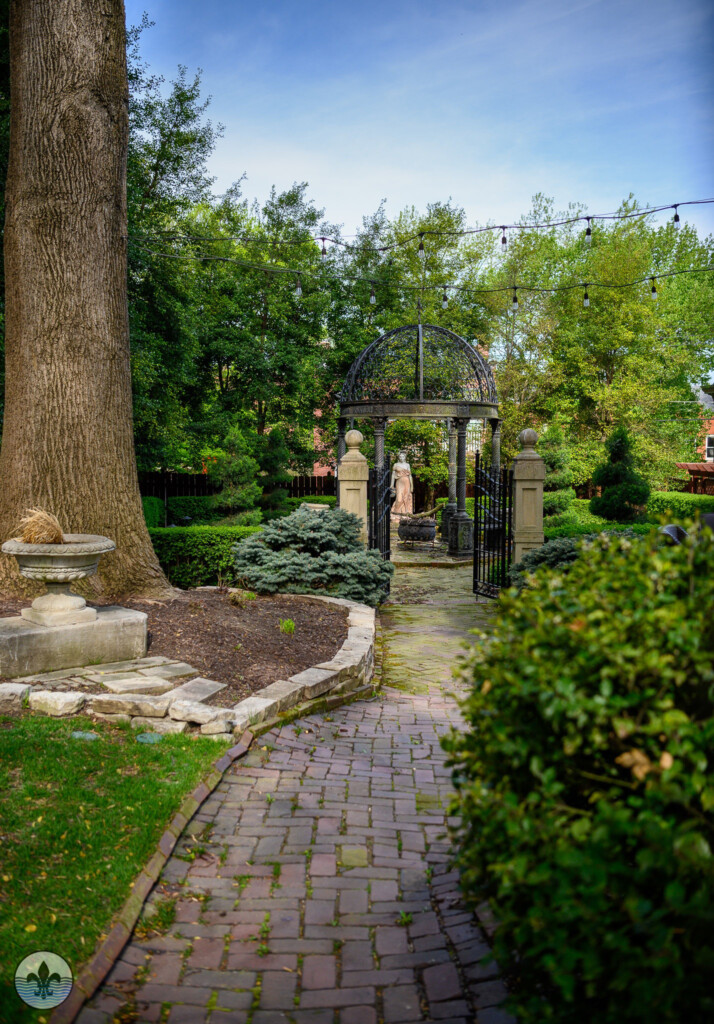 The Lafayette Square neighborhood, which surrounds Lafayette Park is the oldest historic district in St. Louis. It began as a 30-acre park that was platted in 1836. This makes it the oldest park in the city, as well as the first park west of the Mississippi river. The park and neighborhood are named after Marquis de Lafayette, one of the heroes of the American Revolution. 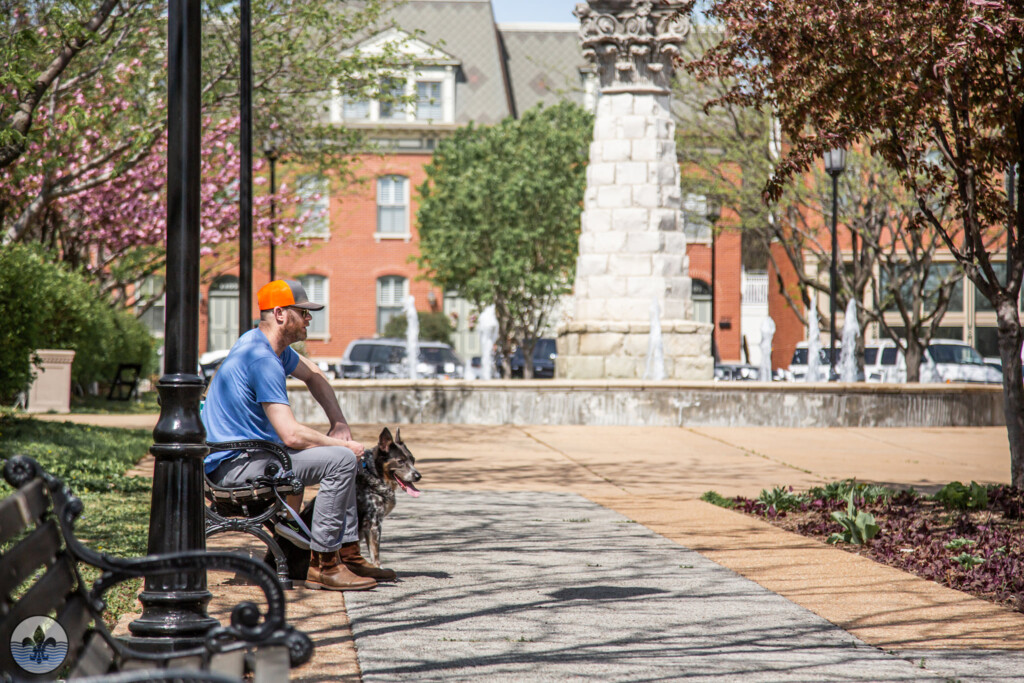 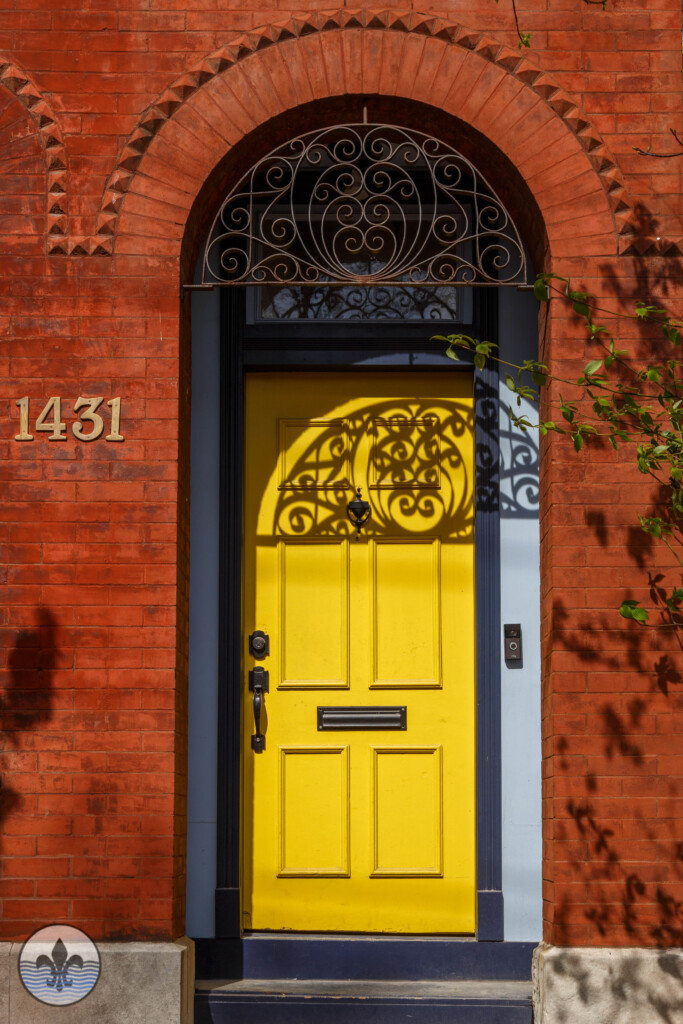 The neighborhood has had its ups and downs over the years. On May 27th 1896 the park was hit hard by a tornado. The destruction was so bad that many people moved away. This led to deterioration of the area and by the 1920s it was regarded as disreputable part of the Near Southside.

Fortunately in the 1960s Lafayette Square’s fortunes began to turn around as restoration of the magnificent homes began. In 1972 the city of St. Louis acknowledged Lafayette Square as its first historic district. In 1973 it was placed on the National Register of Historic Places by the U.S. Congress.

The following link goes to a good article about the rehabbers who worked to save the neighborhood: The Rehabbers Who Save Lafayette Square  https://www.riverfronttimes.com/news/lafayette-square-31665456 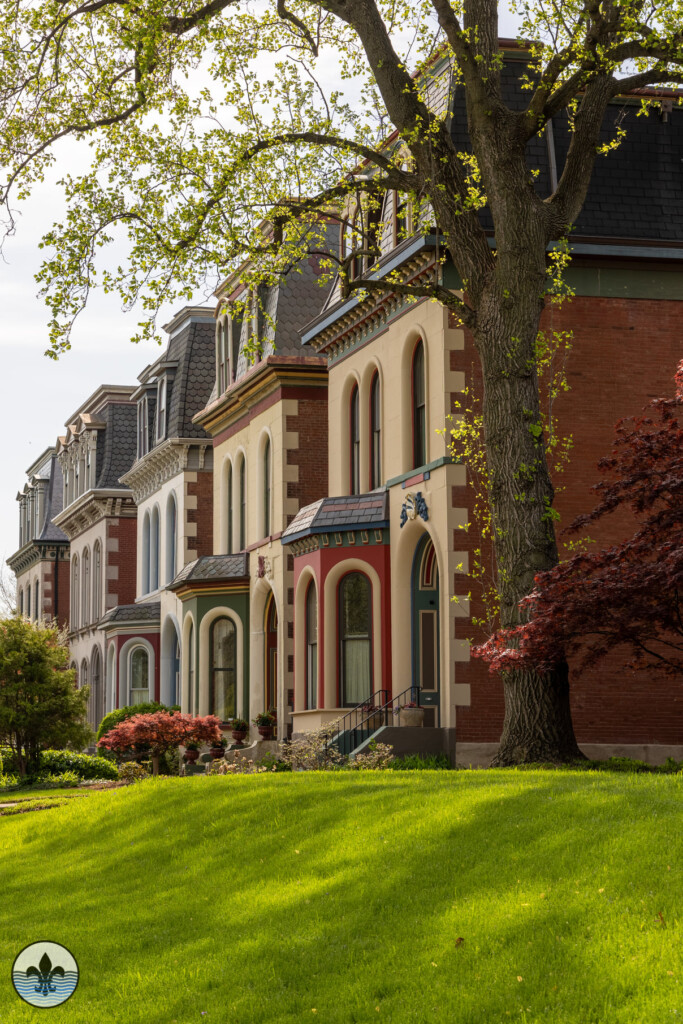 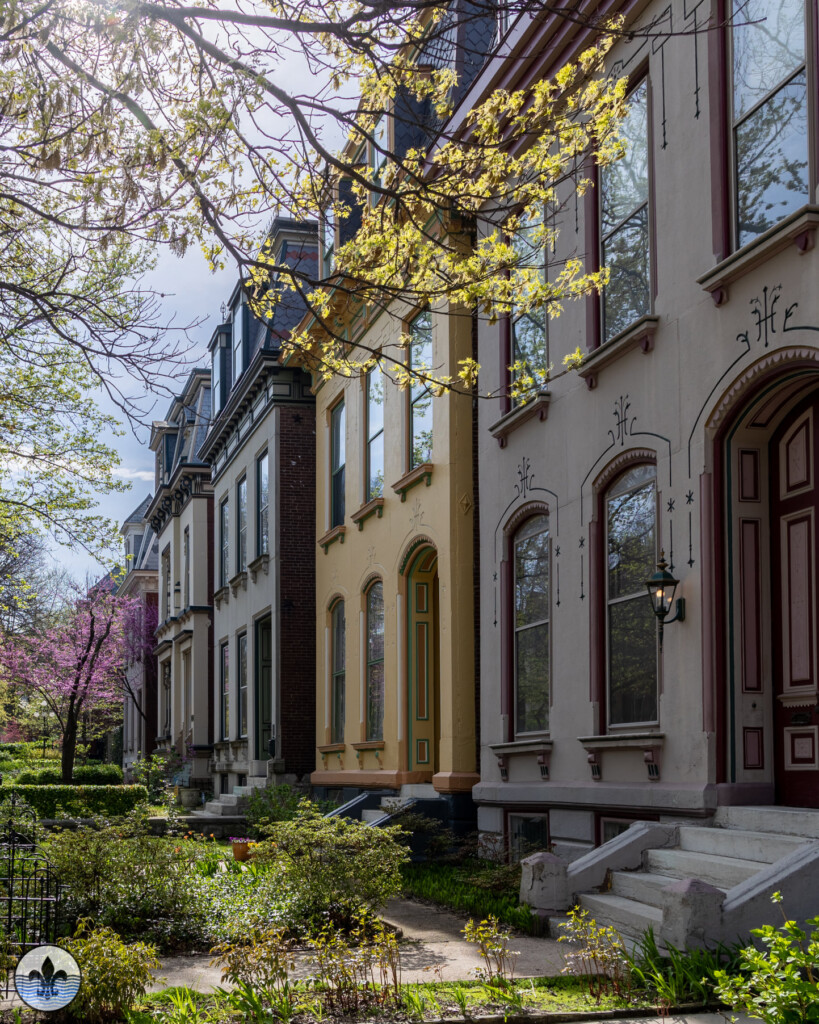 As one walks around you can see why the neighborhood is a desirable place to live. According to redfin.com the Lafayette Square median home price is $305,000. On average homes sell after 23 days on the market in 2022 versus 61 days in 2021. During our walk you could certainly see why. Many of the homes are magnificently restored. There is a lot of pride taken in them and there were many home owners out enjoying the warm spring day to spruce up after winter. There is also some new home construction going on near Chouteau Avenue, which is the northern border. 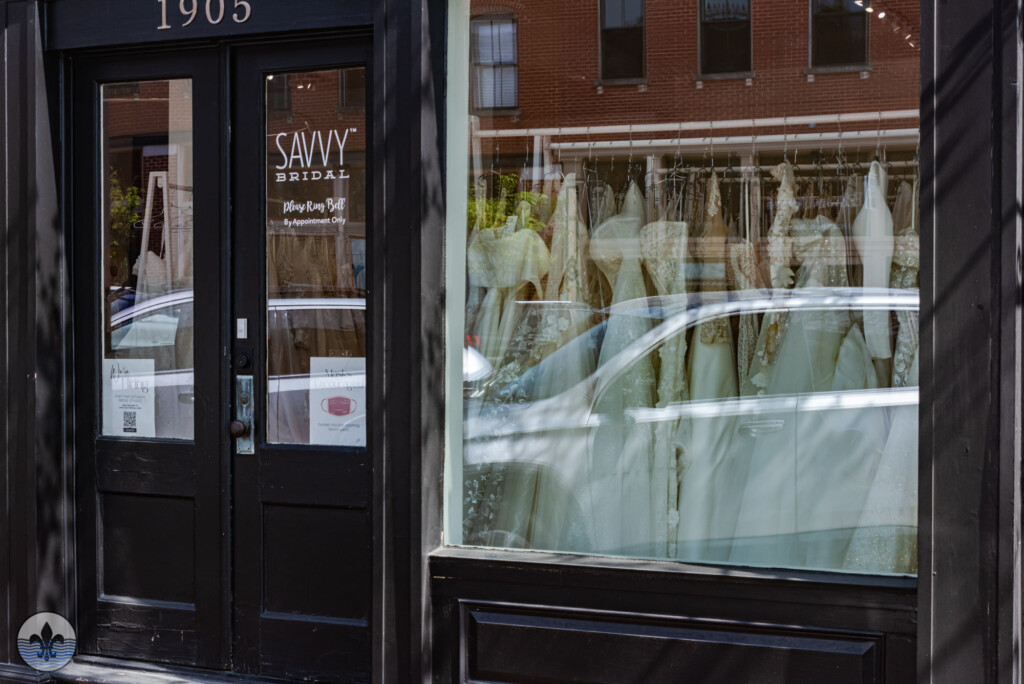 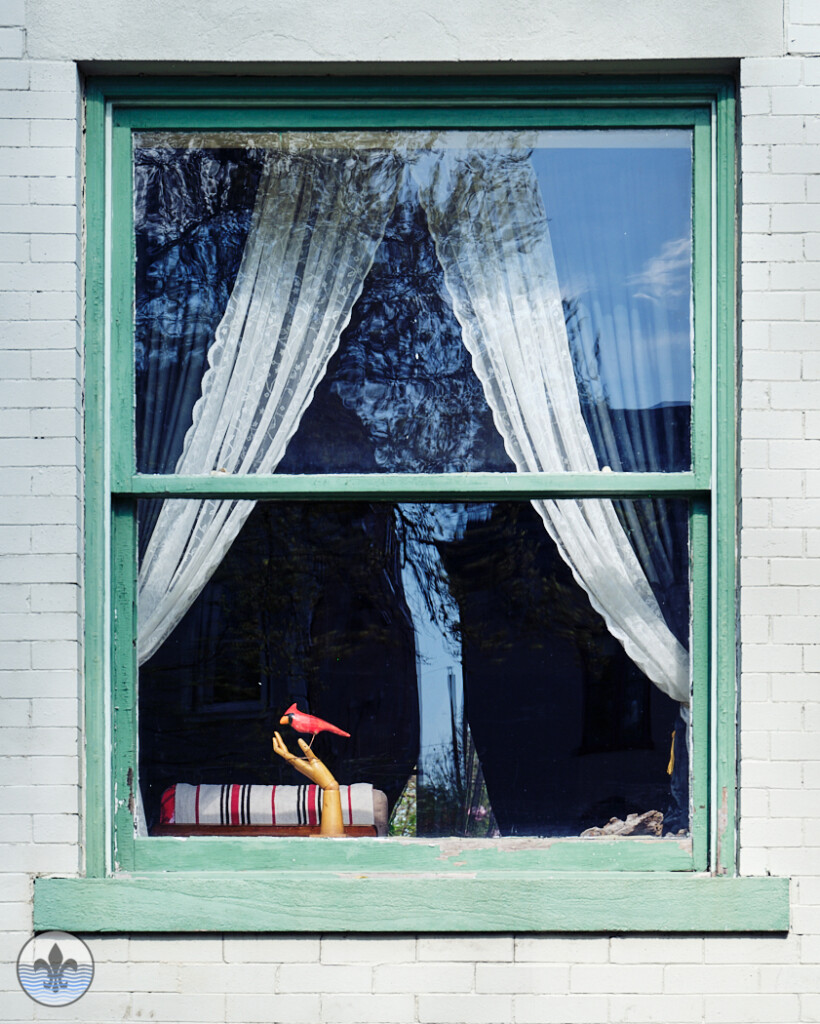 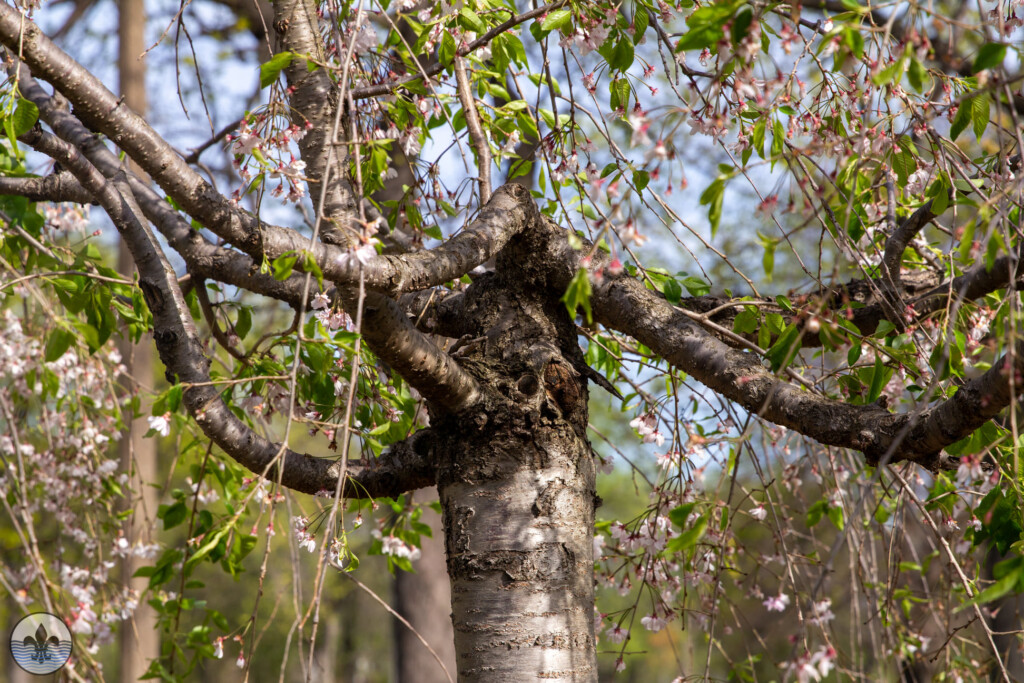 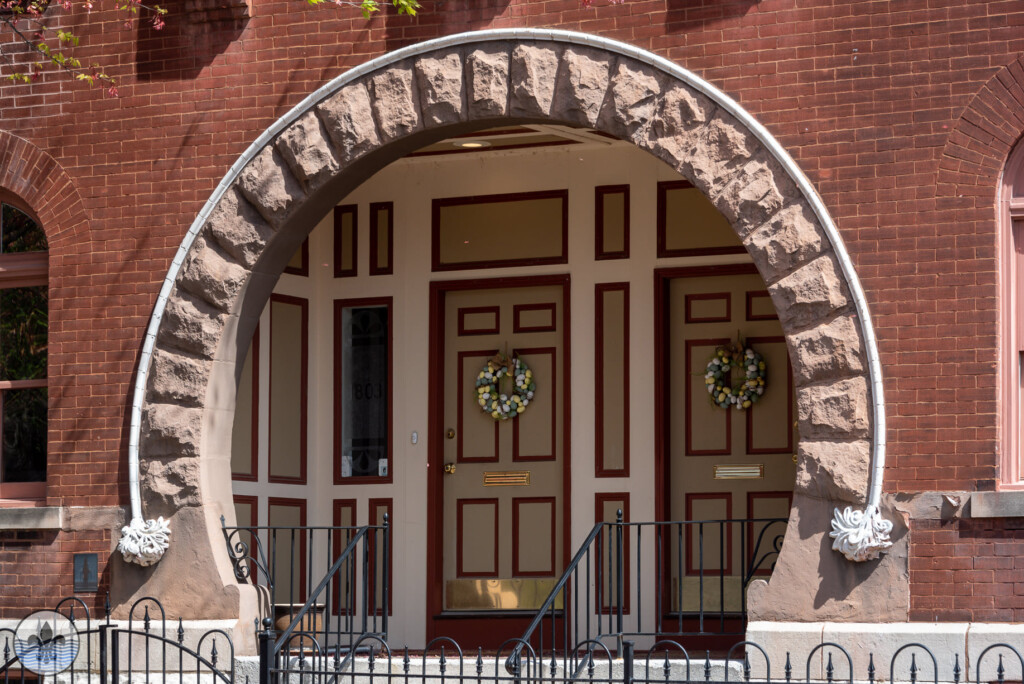 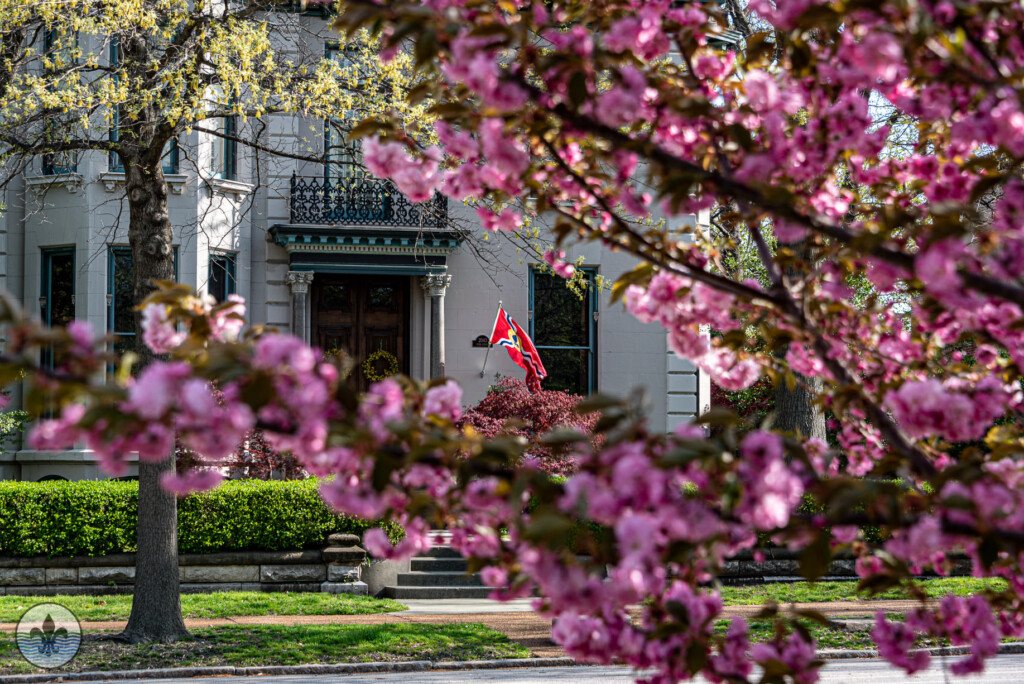 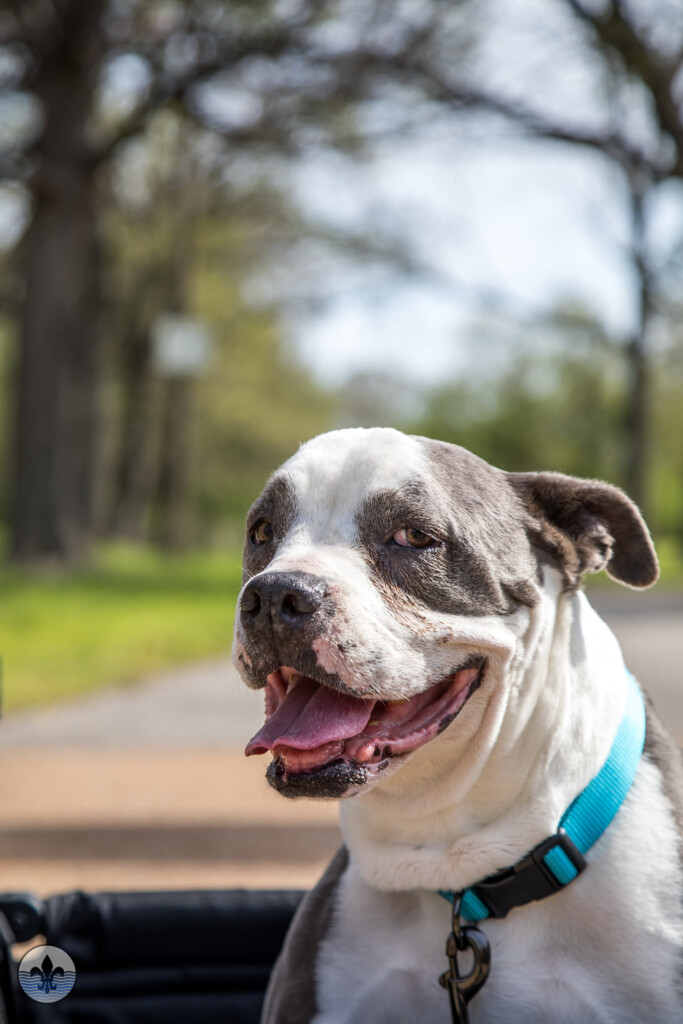 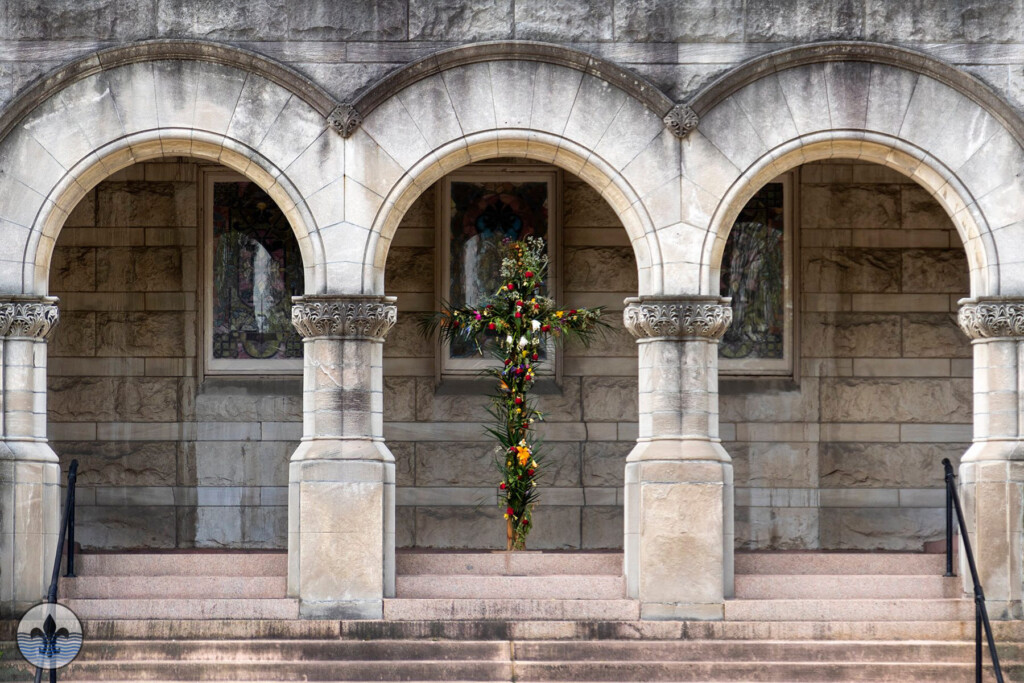 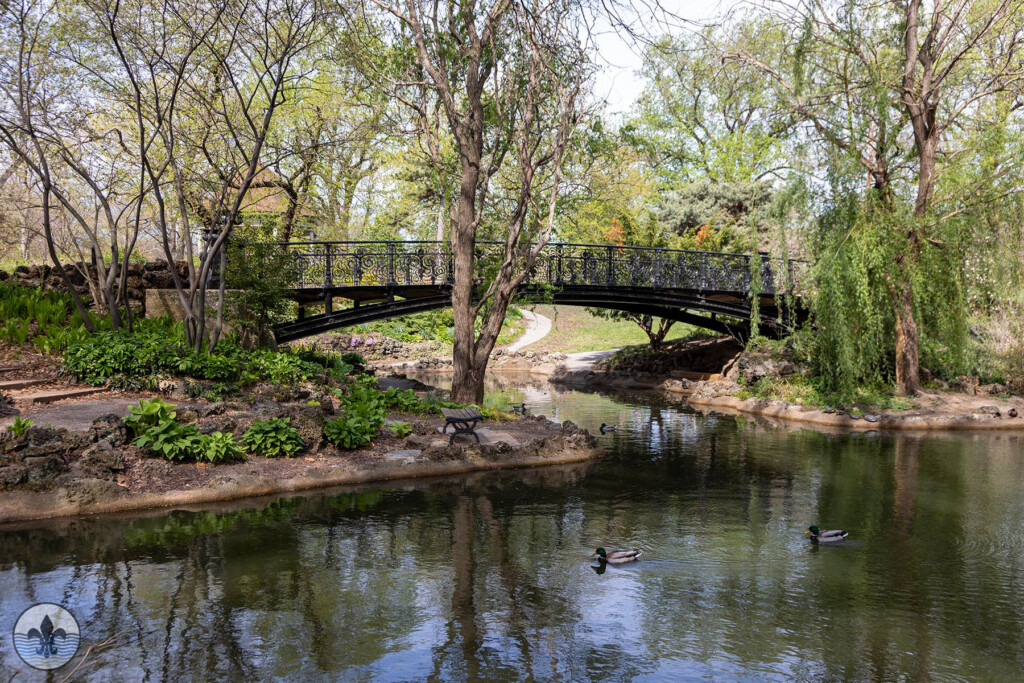 After the flood ended some of us met up at Sqwires restaurant for brunch. It is a popular destination and was quite busy. The restaurant is housed in an old wire factory. There are many other popular restaurants nearby such as Eleven Eleven, Mayo Ketchup, and Square One Brewery and Distillery. The neighborhood is also home to Clementines Naughty and Nice Creamery. 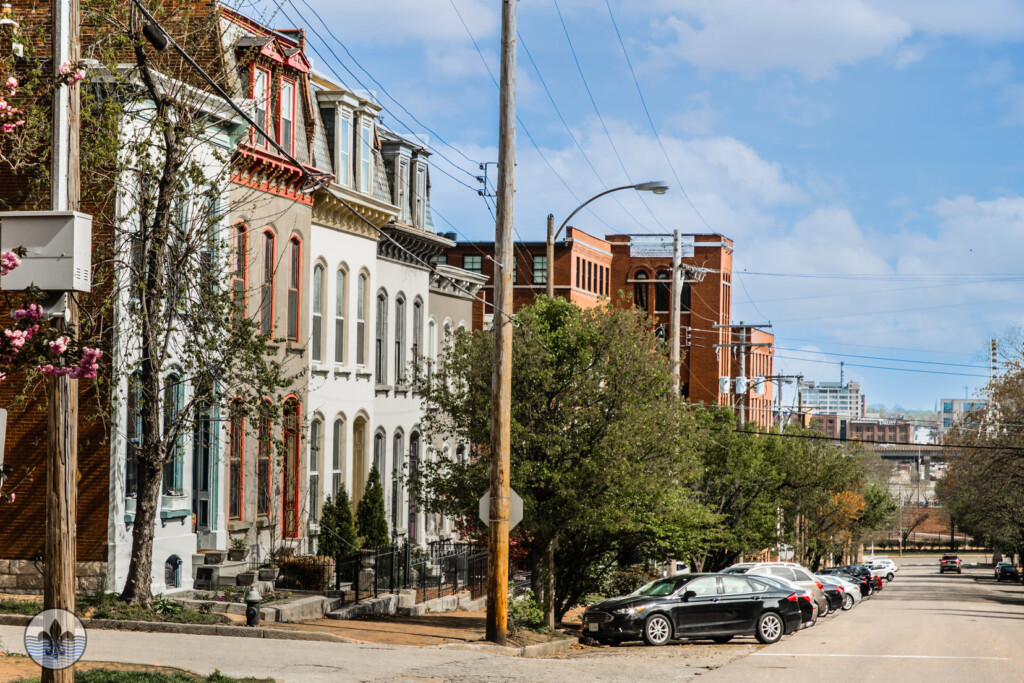 Here are some good links about the history of Lafayette Square.

The Secret Corners of Lafayette Square 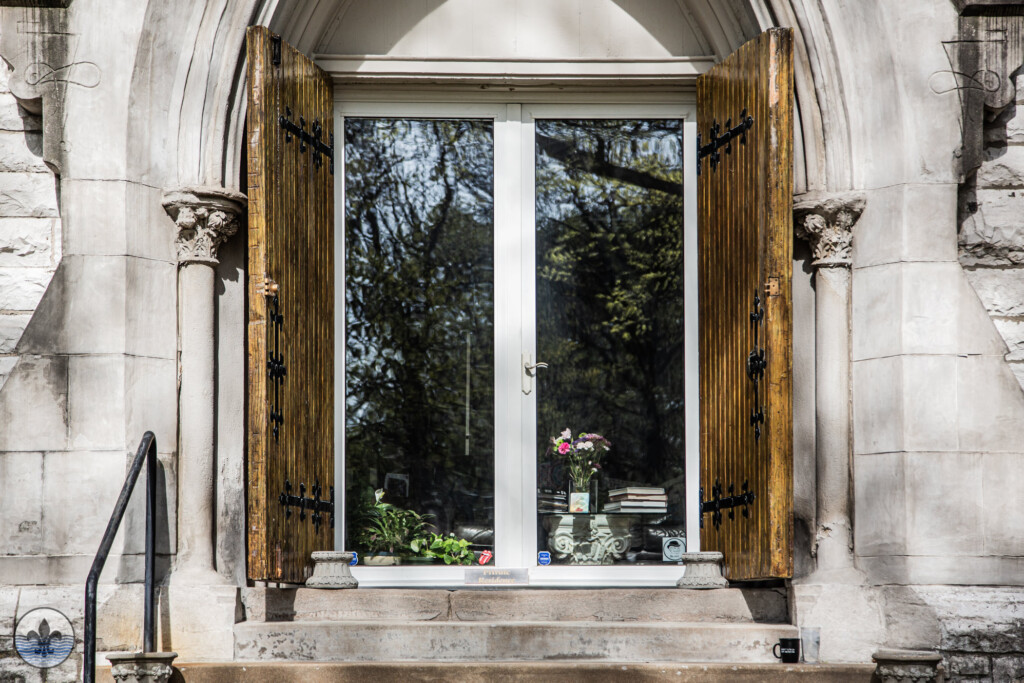 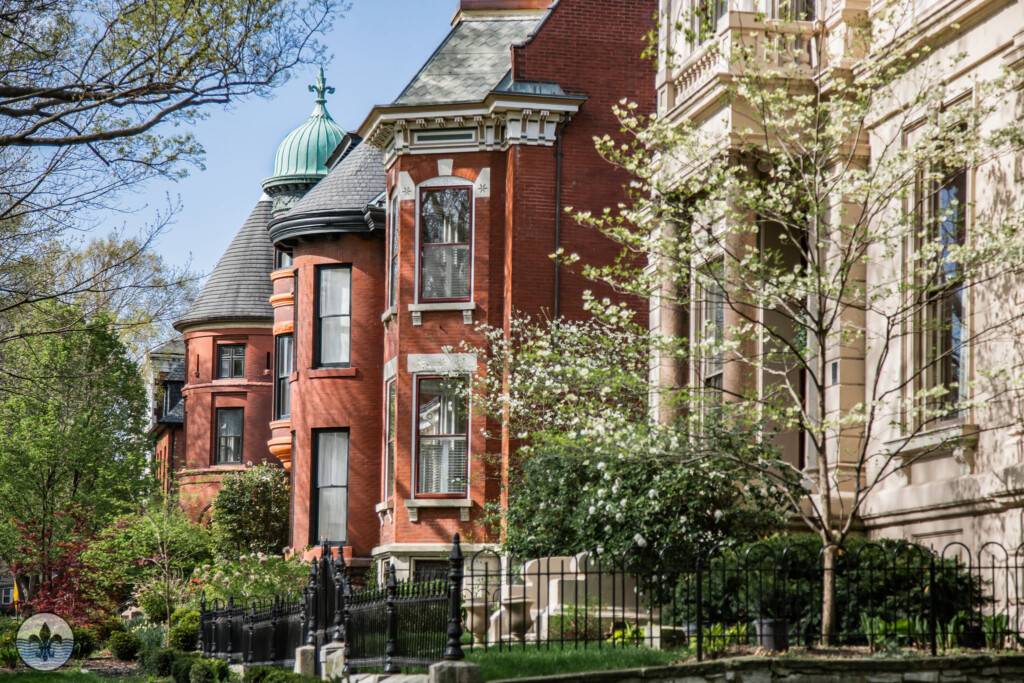 You can read about the first visit by Photo Flood STL at the following link: