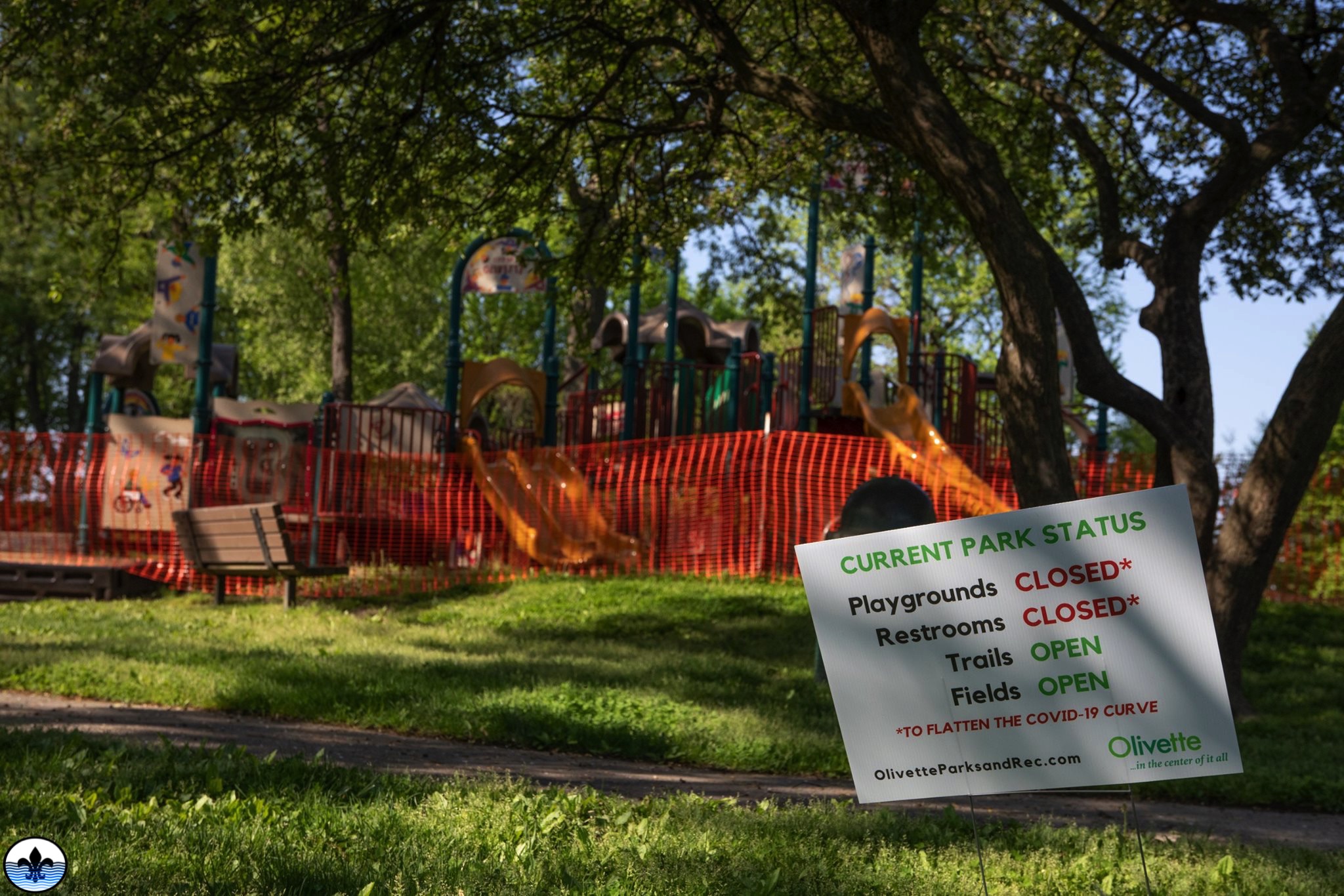 Friends and readers, we’ve had some unusual days as of late, but no matter what the universe has thrown our way over the last 7.5 years, Photo Flood Saint Louis has never shied away from documenting it. It was therefore imperative that we do something to record this historic moment, of the Covid-19 Pandemic; one that our members, like everyone, are managing in myriad ways.

The State of Missouri lifted its stay-at-home order on Monday the 4th (with St. Louis City and St. Louis County to begin easing restrictions on May 18th), so we scheduled this Mini-Flood on what was perhaps the last weekend (with any luck) that most of our Members were to be experiencing similar quarantine conditions. For the event, Members were invited and encouraged to photograph their backyards, their families, their local parks or neighborhoods, or wherever else they happened to be. This post will remain an encapsulation of how they lived through this time, of who they were living through it with, and of how they passed the time. We hope that some of our readers will see themselves mirrored in this post too. 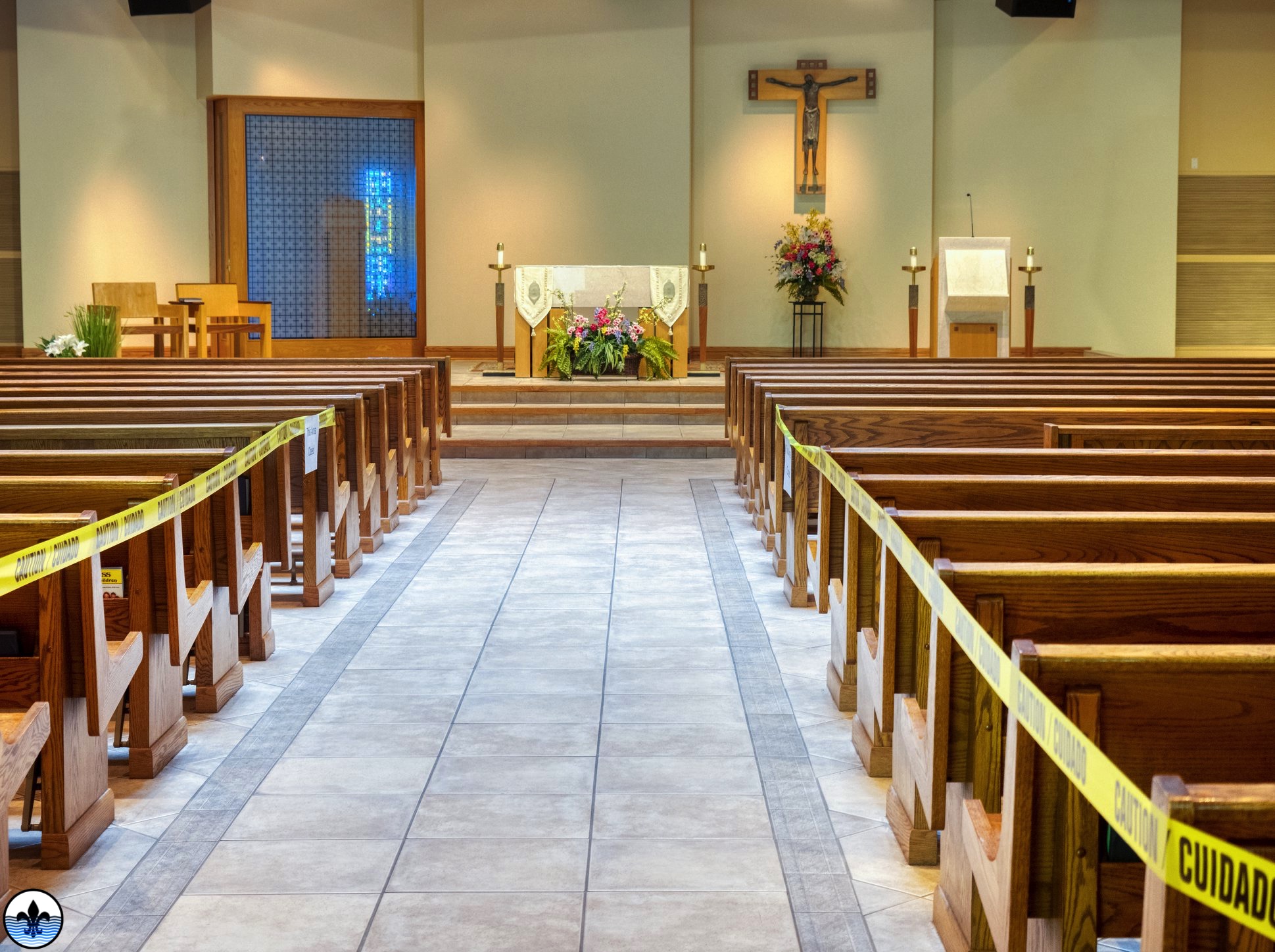 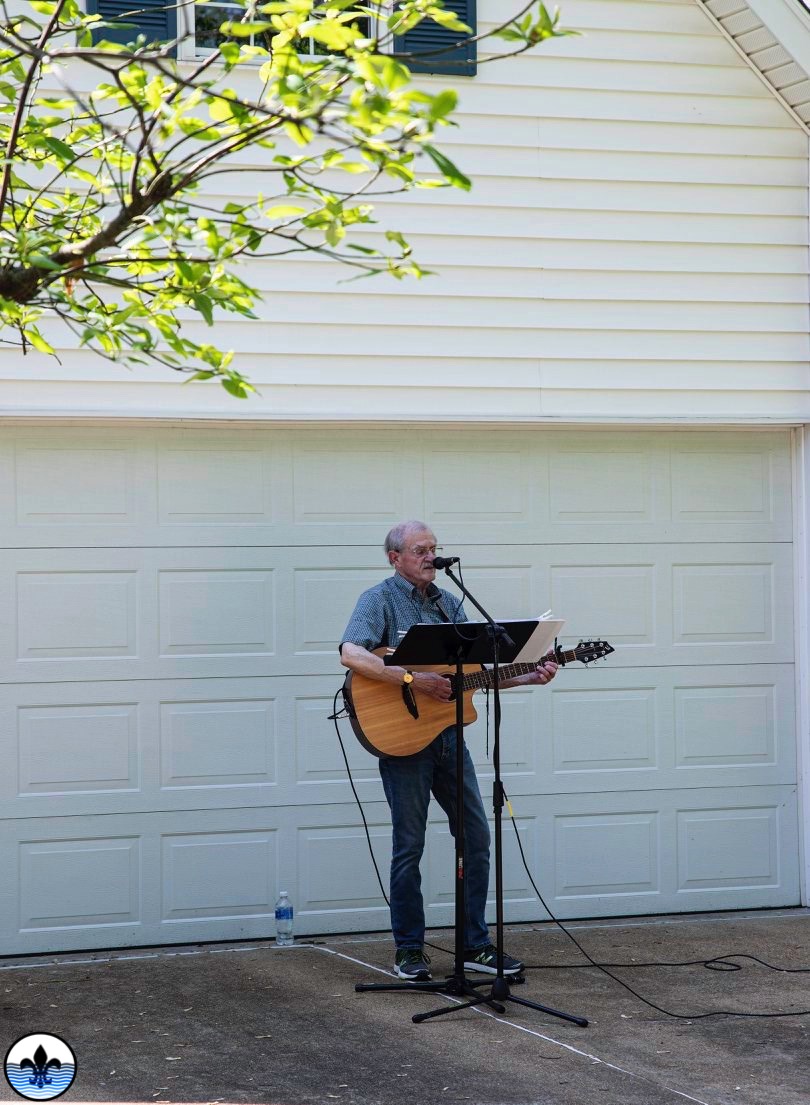 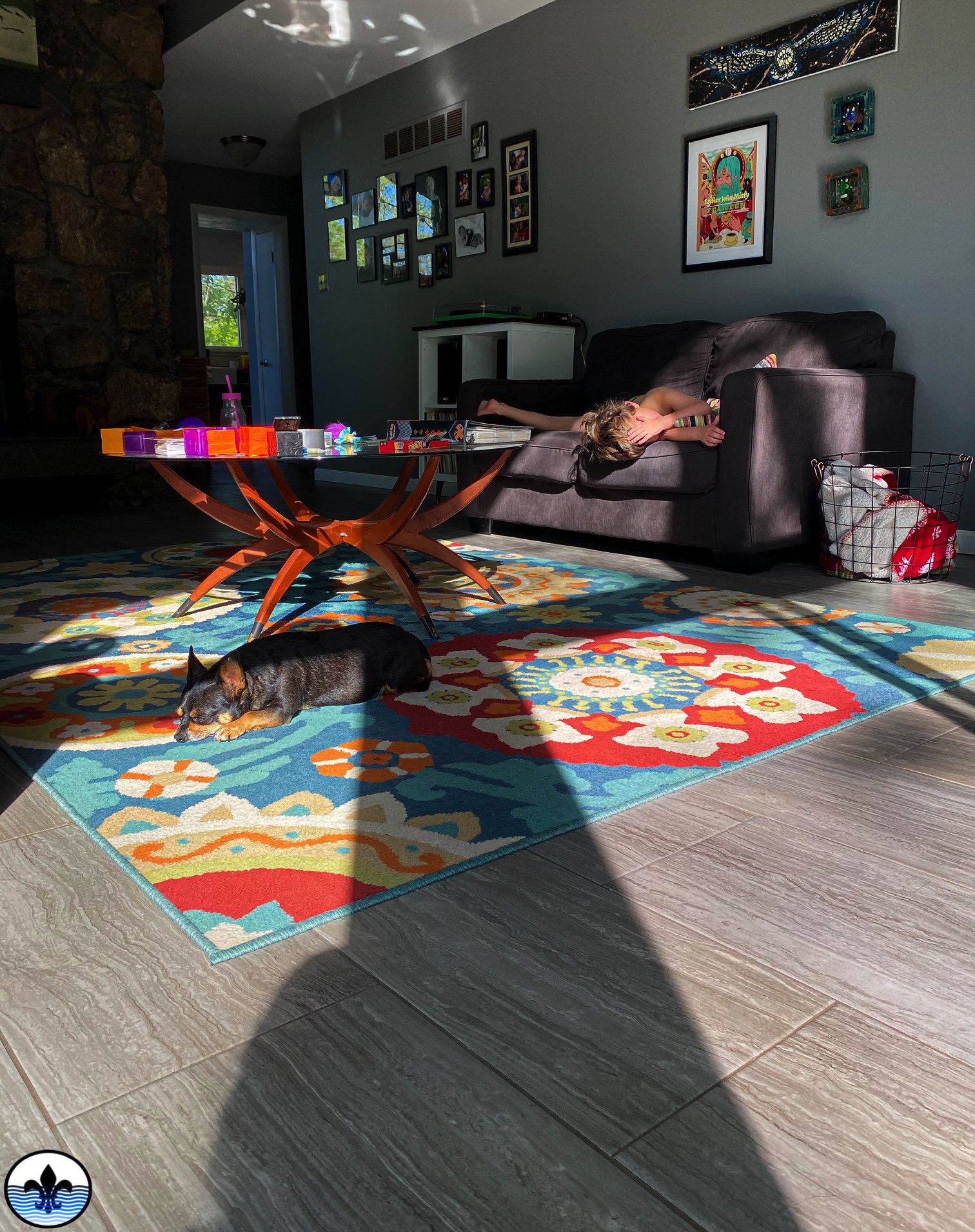 The first news of a novel coronavirus outbreak was reported in early December of 2019. The seeming epicenter was identified as a seafood market in Wuhan, China, but by mid-January, the disease had spread to several countries in Southeast Asia. On January 21st, the United States identified its first case, in a traveler from Wuhan. Around this same time, a potentially high fatality rate for the virus was reported.  In early February, with cases of the illness having appeared in most populated areas of the world and the first deaths outside of China being confirmed, the G7 took several coordinated actions against the spread of the virus. Quarantines and travel restrictions became more widespread (though not in the U.S.). On February 7th, Li Wenliang, one of the Chinese whistleblower doctors to identify Covid-19 (short for “coronavirus disease 2019″– named by the World Health Organization), succumbed to the disease.

Over the next few weeks, acute outbreaks of the virus were observed in cities throughout the world, but most notably in Italy, Iran and South Korea. On February 24th, the Trump Administration sent its first budget request to Congress to combat the spread and damaging effects of Covid-19. The next day, San Francisco became the first U.S. city to declare a state of emergency related to the virus, and WHO announced that there were then more cases of the disease outside of China than inside it. Stock markets around the world fell. Amid a series of U.S. travel restrictions to Europe, the Middle East and Southeast Asia, Trump appointed Vice President Mike Pence to lead the U.S.’ coronavirus task force.

In March, as the global case count of Covid-19 exceeded 100,000, the virus continued to pop-up around the United States, while large gatherings and festivals began to be postponed or cancelled amid public safety concerns. Countries around the world started to ban gatherings of more than 1,000 people. On March 7th, Governor Mike Parson announced the first case of Covid-19 to be confirmed in Missouri (a student studying abroad in Italy who returned home to the St. Louis region). Italy declared a nation-wide lockdown on March 9th. The World Health Organization declared the viral disease an official pandemic on March 11th. On March 12th, the same day that St. Louis City and County announced a ban on gatherings of more than 1,000 people, PFSTL’s founder, Jason Gray, issued this first internal statement regarding Covid-19 to members:

“We have no plans at this moment to cancel any of our monthly PFSTL events, as they typically maintain fairly small groups, though we are keeping an eye on what the CDC’s and the St. Louis City’s recommendations are regarding this sort of thing.

That said, many of our members are freelancers or otherwise self-employed, and have been impacted significantly by event cancellations. With that in mind, I am going to temporarily lift the ban on promoting personal projects within the group. If you fall into the category mentioned above, and are struggling to make ends meet (or not) please utilize our platform to promote your services. We are a group of such varied experience levels, that I can imagine 1 on 1 or small group classes or workshops generating some traffic (just a suggestion).

As a previous freelancer, I understand what it means to lose income without warning, and know that we have folks in here that would like to help support you until this all passes.” 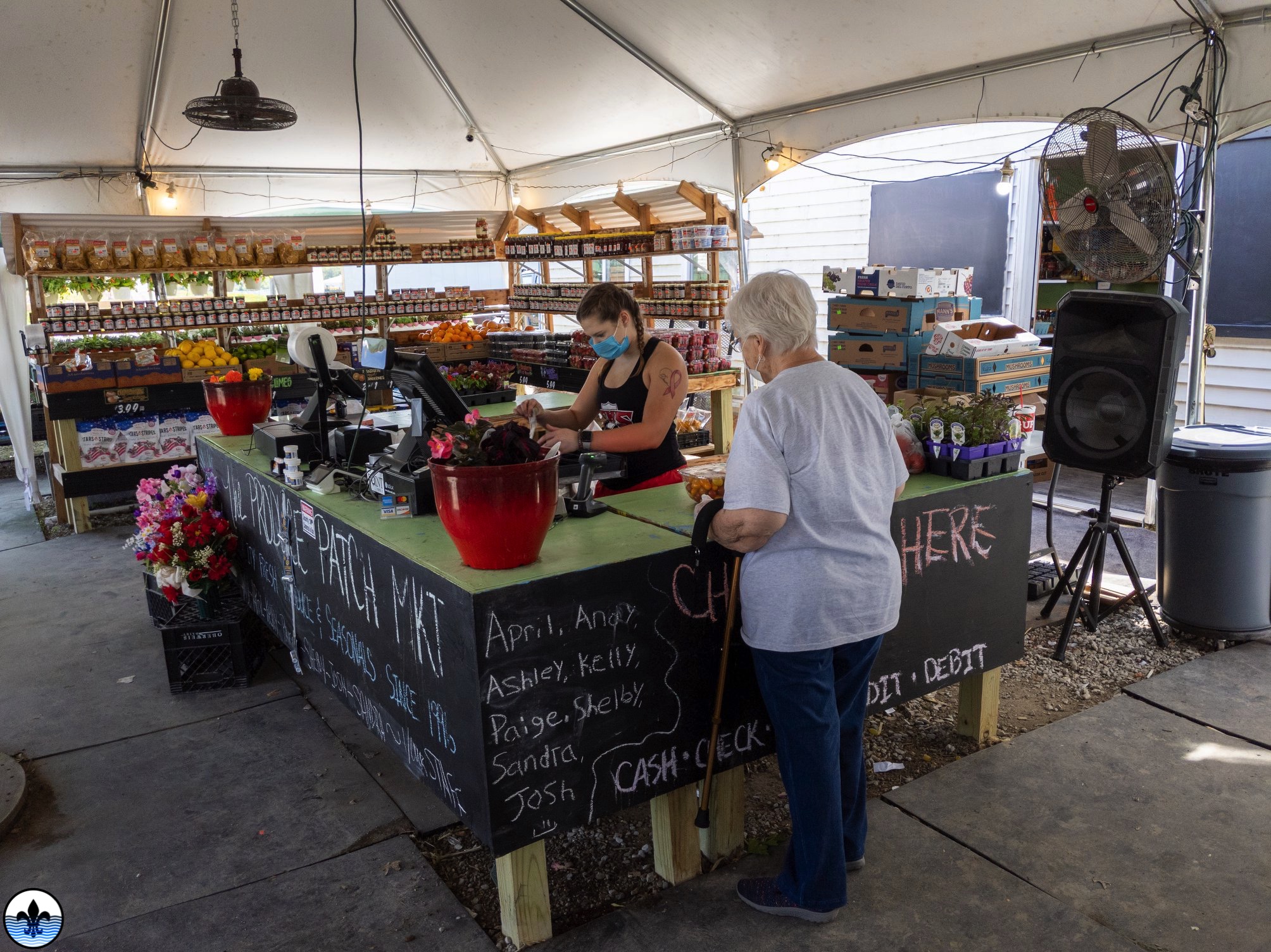 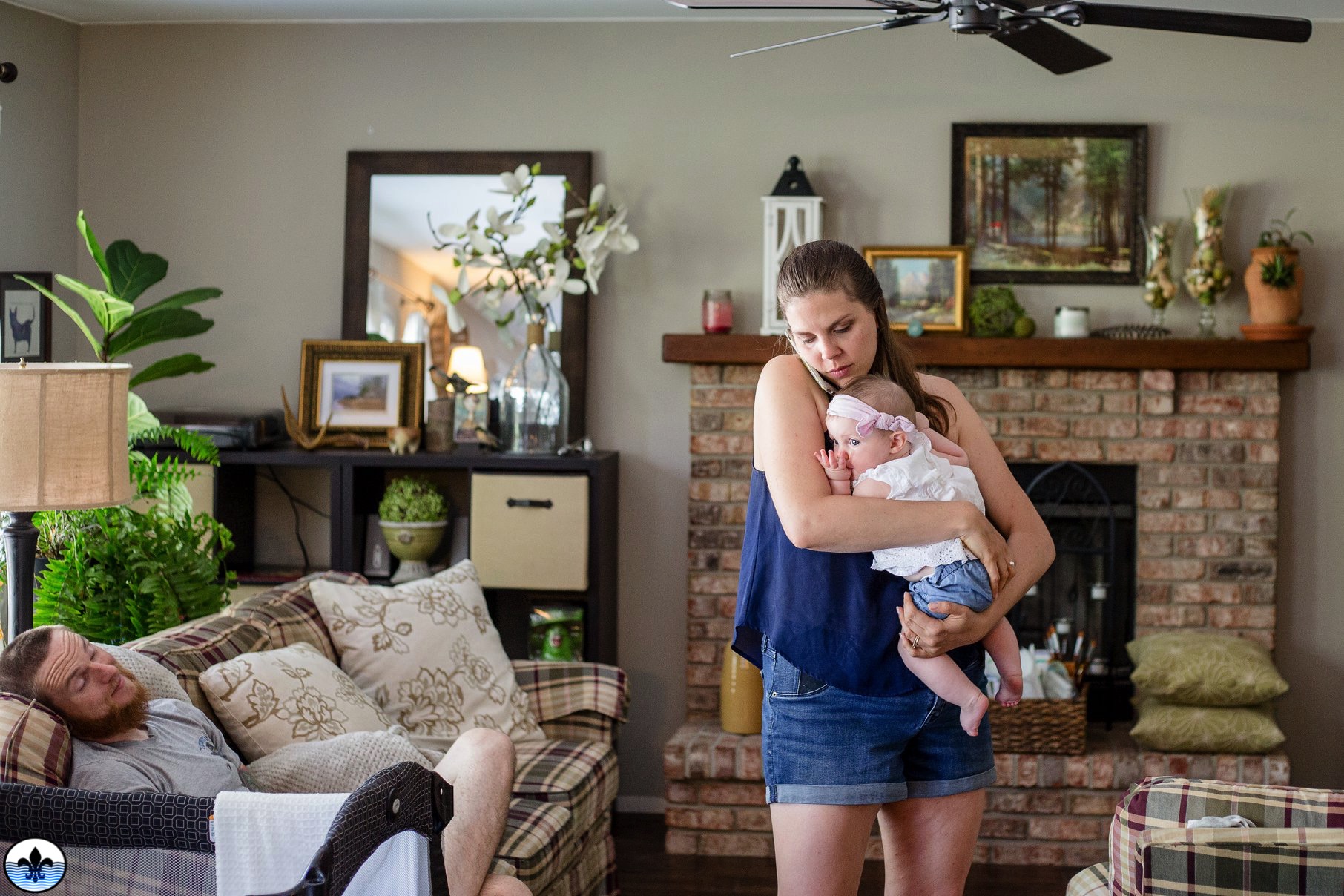 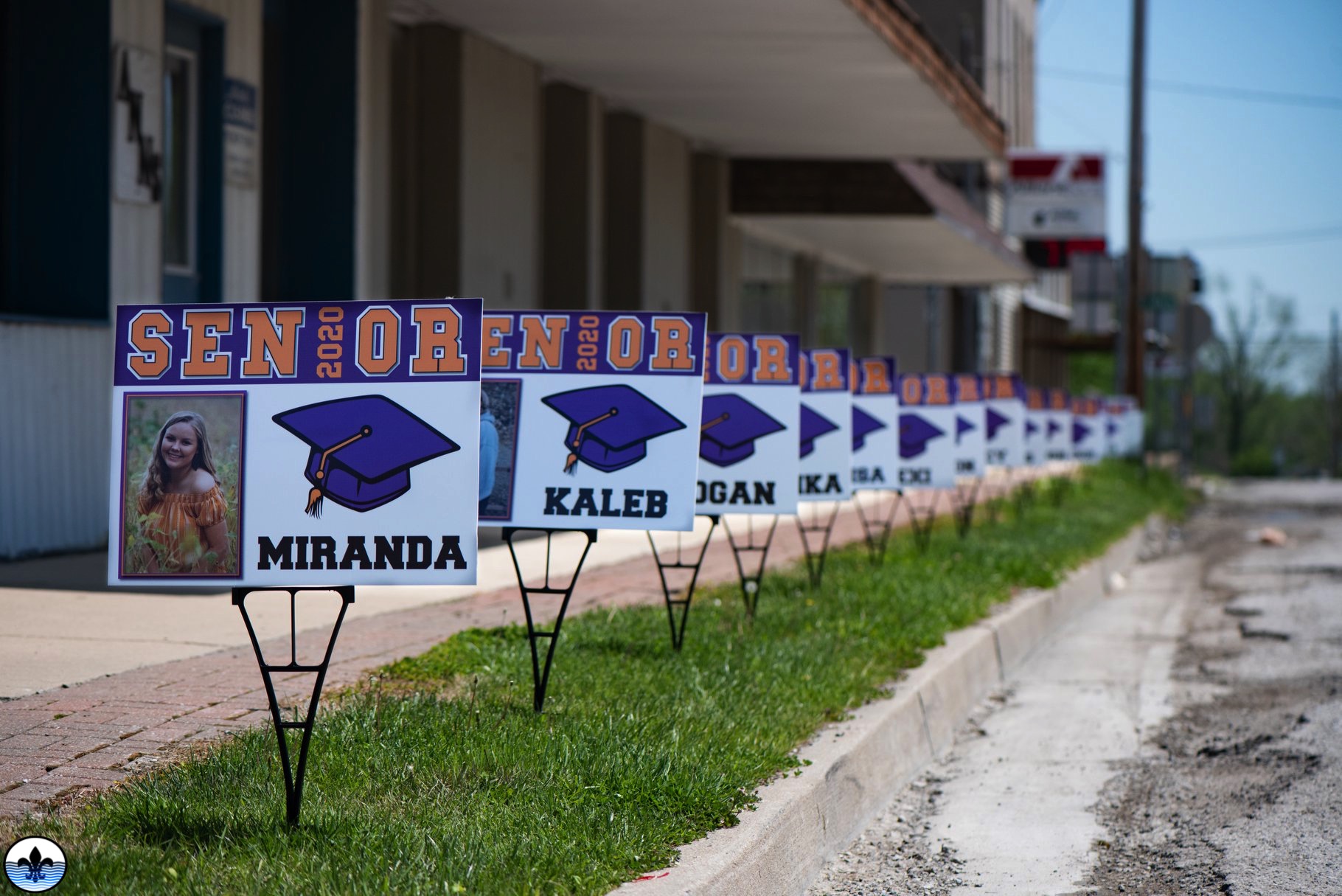 The following day, on March 13th, sixteen states announced school closures, including Illinois, and President Donald Trump at last declared a state of National Emergency. On this same day, STL County Executive Sam Page reduced the size of the public gathering ban to 250. On March 15th, the public gathering limit was reduced again by leaders in St. Louis City, County and St. Charles County to 50 people; St. Louis area schools closed and Illinois enacted a forced closure of non-essential businesses. By March 17th, most public institutions, including local universities and cultural institutions had announced closures out of concerns for public health. PFSTL issued its first public statement below. 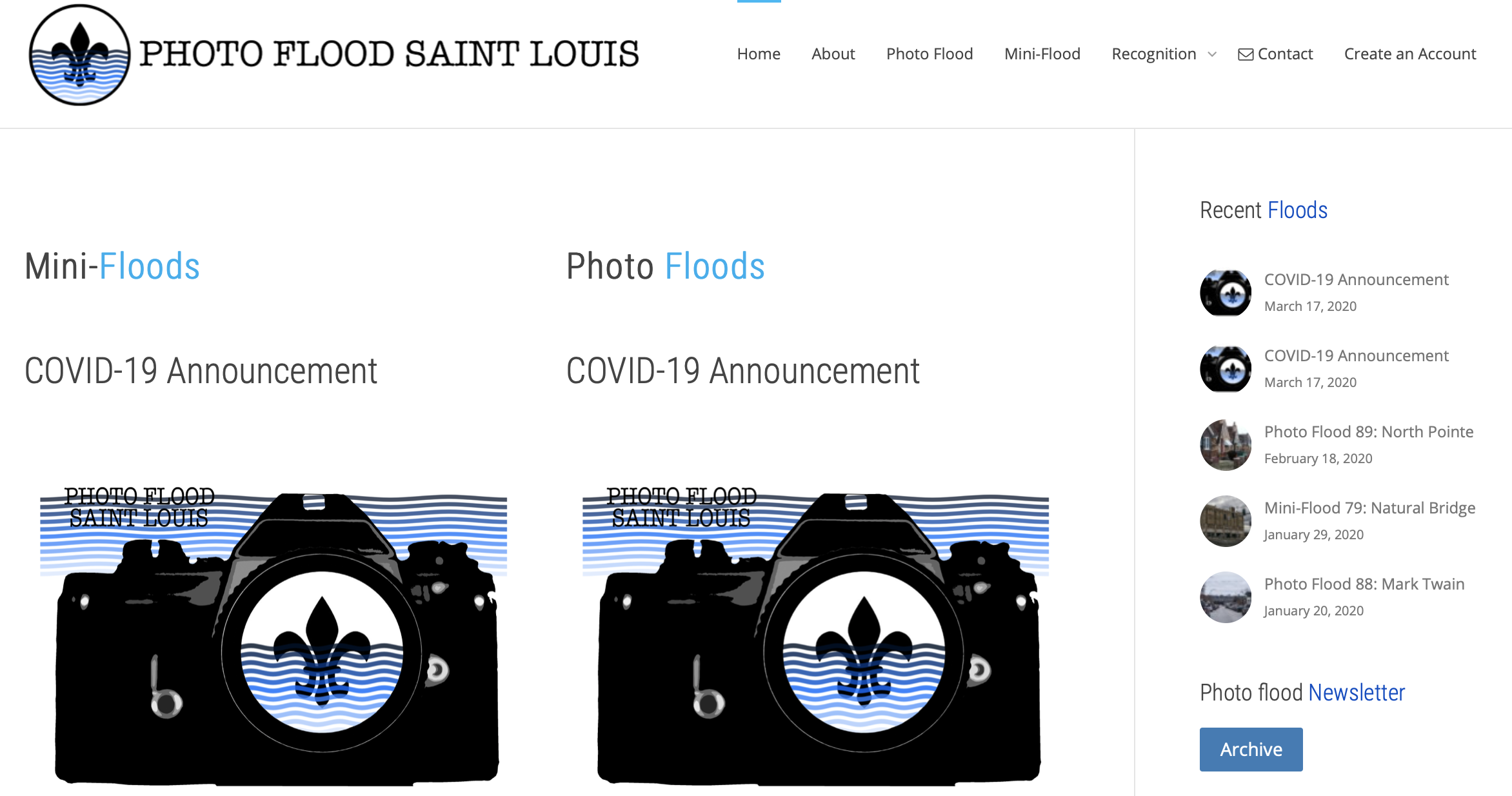 “For 7.5 years, Photo Flood Saint Louis has documented the neighborhoods, businesses, institutions and people of St. Louis, and during this time, we have cancelled only one event (out of more than 180). Therefore, it is not without some trepidation and sadness that we announce that all PFSTL events will be postponed until after the threat of the current coronavirus has passed. We agree that an essential response to slowing the virus’ spread is social distancing, and that our group events do not adhere to this strategy. We also feel that, even if our members were to maintain the recommended distance of 6 feet from other individuals, the simple presence of photographers in some neighborhoods, during this time, could create unintended stress or anxiety for the residents of those communities who may be under a self- or other mandated quarantine.

In the meantime, we recognize that many of our members are working artists, freelancers, or are otherwise impacted by sudden cancellations or losses of work. With this in mind, we will be opening up our social platforms to members who would like to use them to promote their (safe) services during this time or to sell prints to supplement a potential loss of income. Followers will see posts advertising our members’ offerings, and we encourage and hope that you will considering supporting some of them, if you have the means or interest to do so.

Please direct any questions or concerns to photofloodstl@yahoo.com or by direct messaging us through the social platform of your choice.” 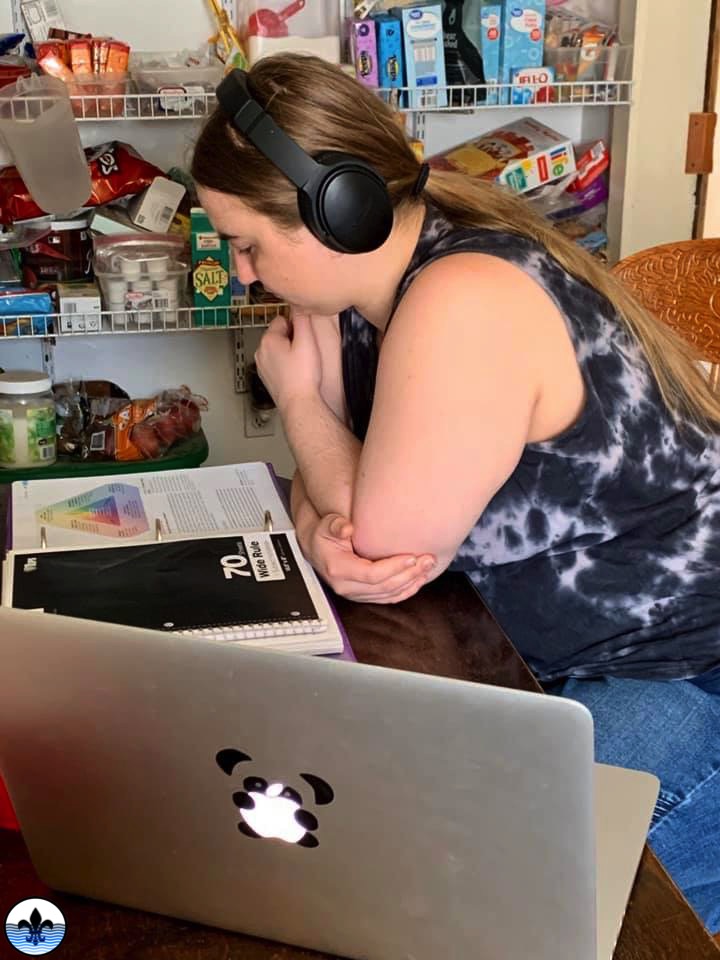 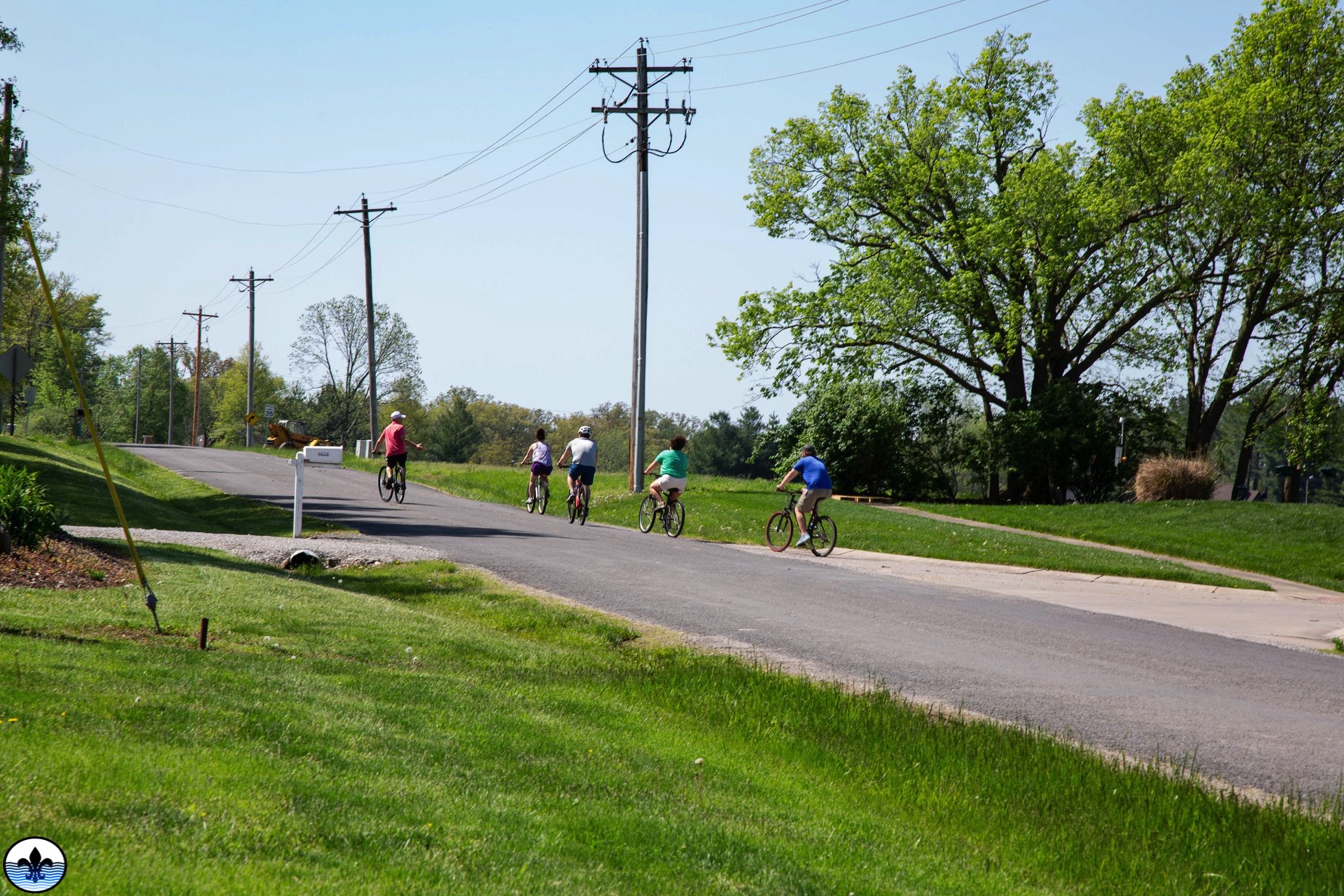 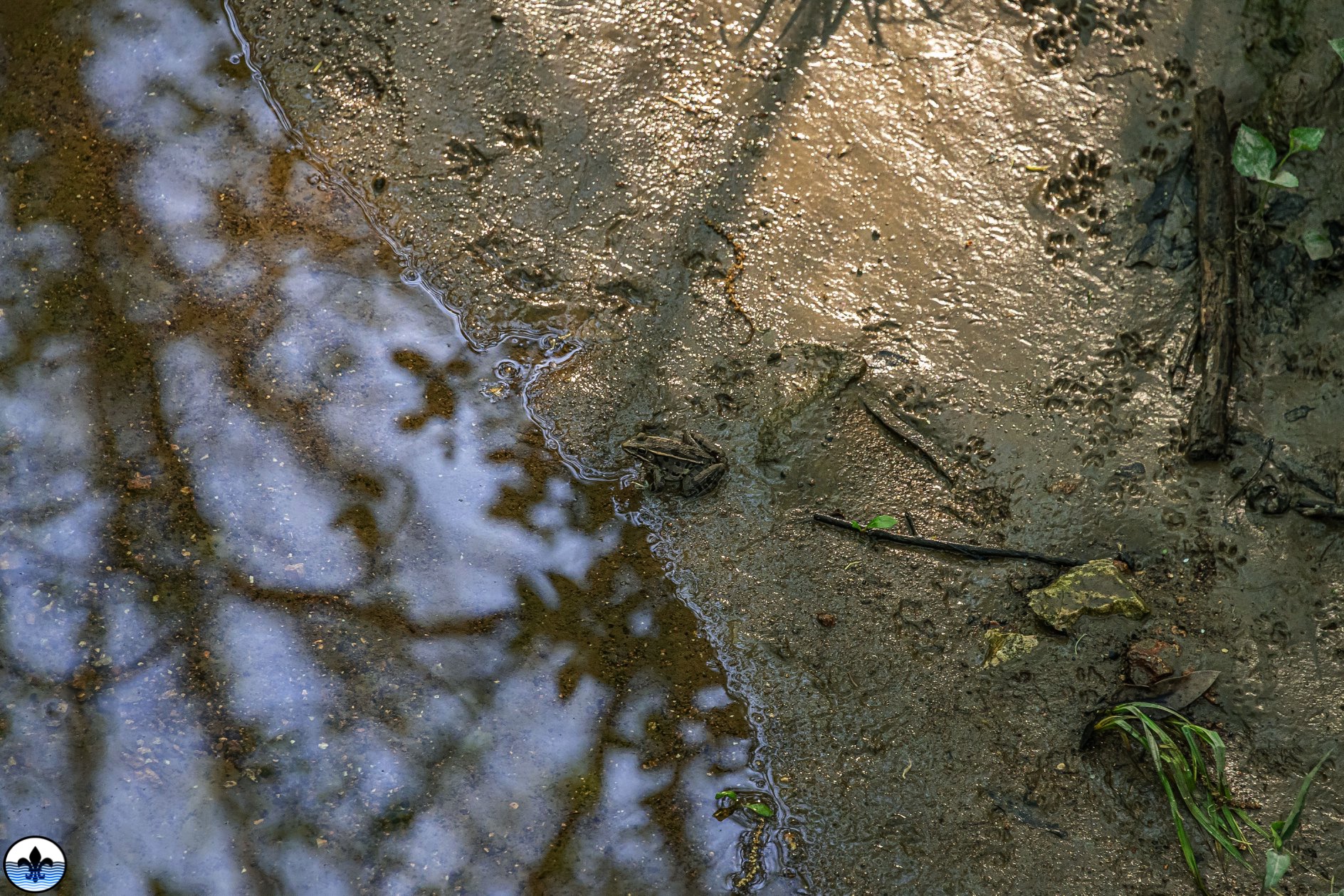 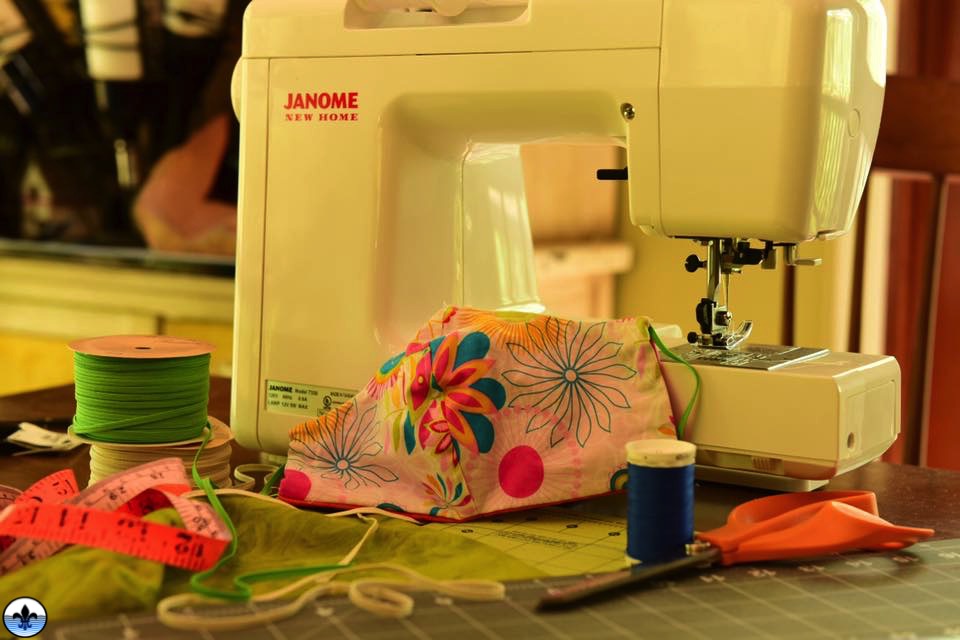 Stay-at-home orders for St. Louis City and County were issued.

On March 19th, the United States implemented a “Do Not Travel” advisory, as the CDC reported more than 13,000 cases in America. By March 24th, the U.S. National Guard was activated in all 50 states, and Trump had first invoked the Defense Production Act to resupply hospitals with necessary personal protective equipment, respirators and other medical necessities (he was criticized heavily by State Governors and the media for not having done so earlier and/or for not employing it more extensively). On March 26th, WHO announced that over 1/3 of the world’s population was then affected by lockdown, and new New York City coronavirus cases accelerated to make it the epicenter of the virus in the U.S. On the same day, the United States Senate passed a $2 trillion stimulus plan. By the end of March, with more than 1 million Americans then testing posting for coronavirus, the United States surpassed all other countries in the world in number of cases. By the beginning of April, over 90 percent of American citizens were ordered to stay-at-home, and over 10 million had applied for unemployment.

Throughout April and now into May, cases in St. Louis City have continued to steadily climb. March 16th brought with it the first reported Covid-19 diagnosis in the city, while today (May 12th) the case count is over 1549, with 91 deaths (African-Americans have accounted for 1024 of those cases and 61 of those deaths, a disproportionate rate indicative of lingering societal, economic and environmental disadvantages in St. Louis City, based on race and racial tension). Nonetheless, the City and County are proceeding with easing stay-at-home restrictions and allowing businesses to reopen, beginning on May 18th (the City’s Phase 1 Guidelines are available here).

It remains to be seen whether or not the decision to reopen now, on behalf of the residents of Missouri, St. Louis City, St. Louis County and others is a safe one. Certainly, many businesses and individuals are suffering financially (by some accounts, the largest percentage since the Great Depression), and are desperate for some relief. With any luck, many of us will be able to return to work soon, with no additional spikes in new Covid-19 cases. That said, this “return to normal” will almost surely look nothing like life did before the quarantine, which may in some ways be a harder adaptation than what we’ve prepared for. Either way, we invite everyone to take it easy on yourself and others as you get back to work; we’ve all experienced, and continue to experience, a profound and tragic event that is likely to shape civilization for years to come. 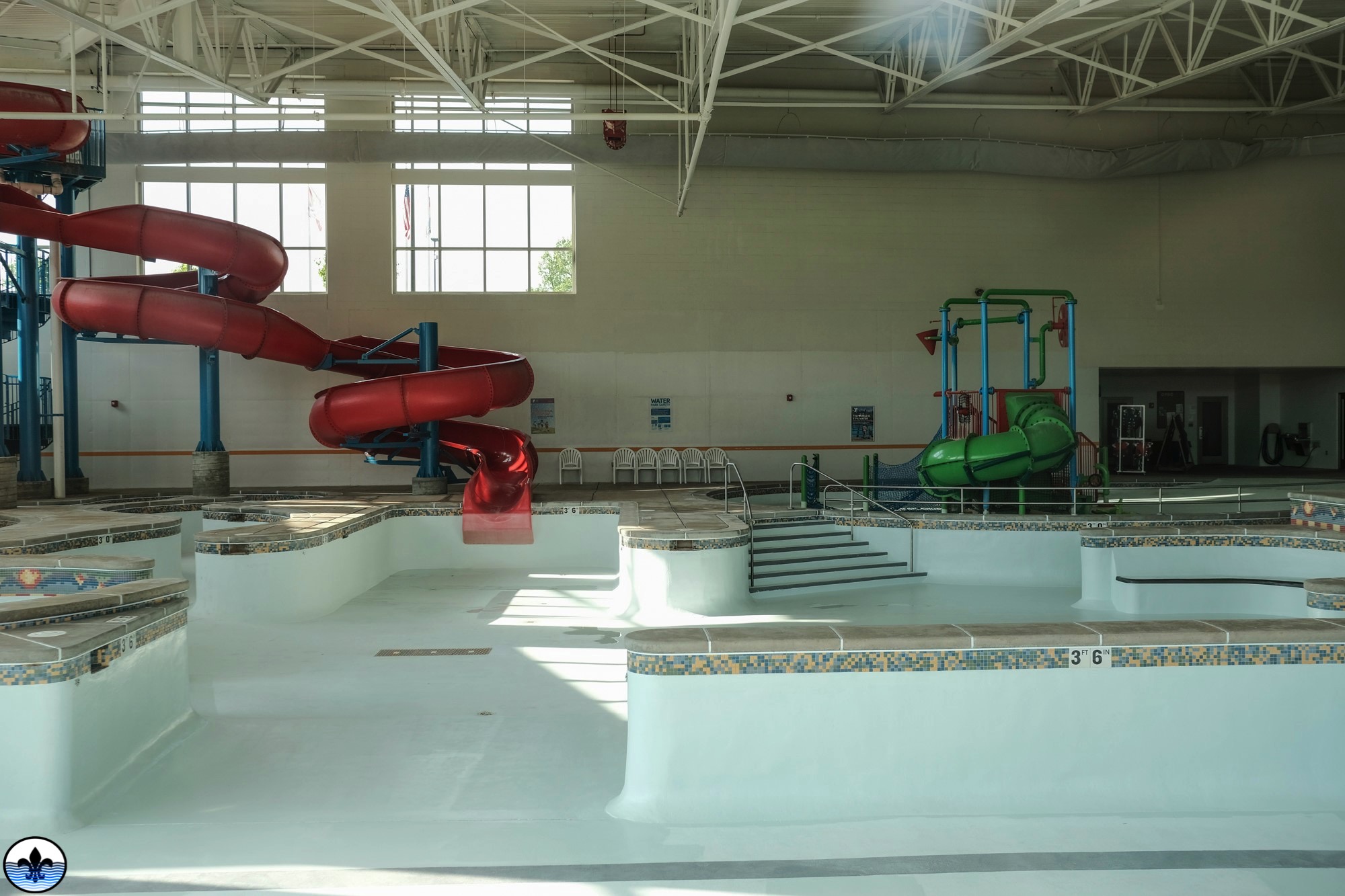 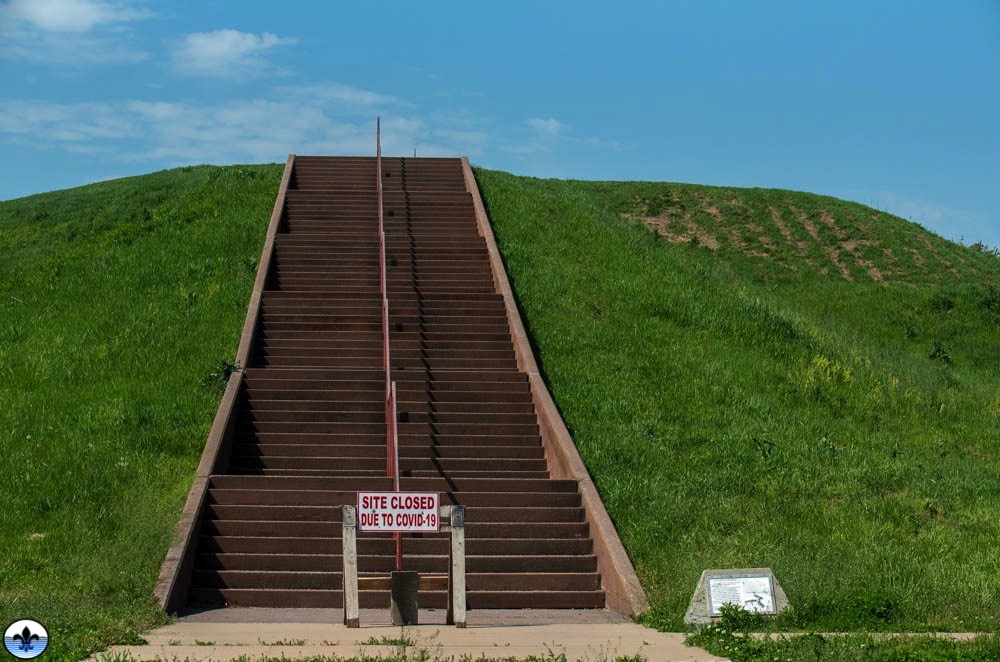 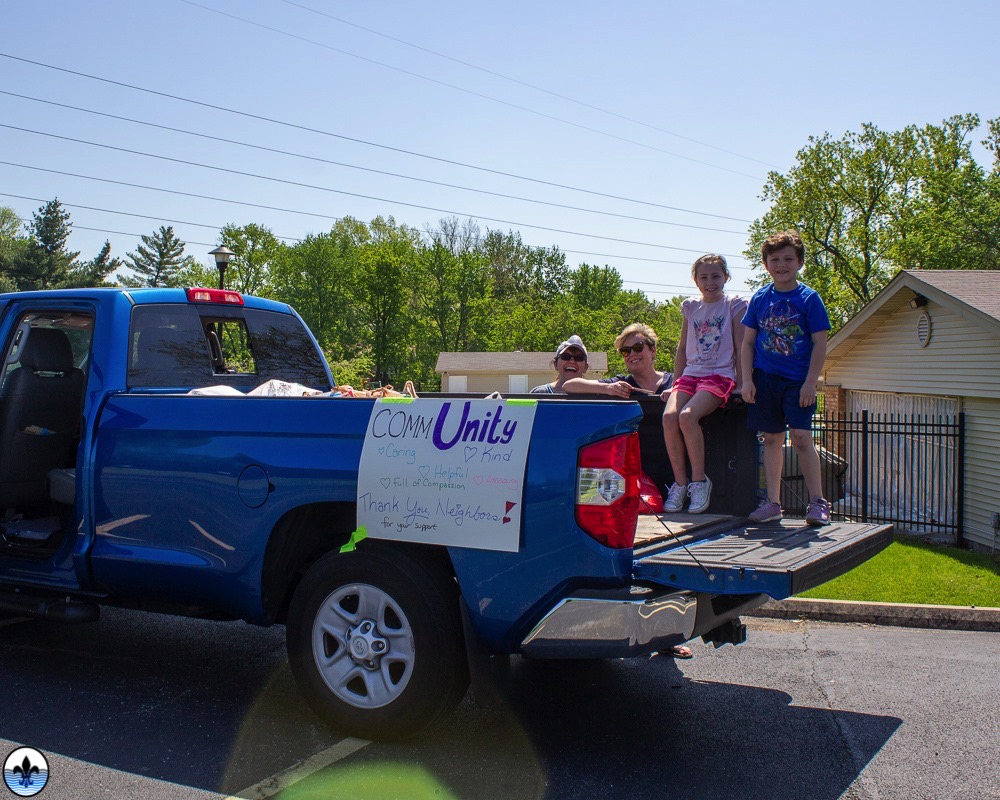 Throughout the nearly two months of quarantine, we’ve witnessed tremendous activity from Photo Flood Saint Louis members. From new births or other major life events, to volunteering at local schools for meal delivery or to assist the unhoused, or to providing time and resources to assist fellow photographers to learn, grow and find work, our Members have lost none of their enthusiasm for the St. Louis community during this time. We’ve even observed Members launch notable (and lauded) creative projects, from experiments with alternative photography, to recording life on the streets during a pandemic, to recording the news through photojournalism; a true testament of our group’s ability to add layers to the region’s cultural fabric, even while under duress. In some of the photos contained in this post, you can see elements of all of this. That said, our Members are also doing their part to stay put and comply with Government orders and recommendations. For some, this has slowed life down or re-aligned family dimensions, and you can see this too. At the very least, it has certainly been a time of reflection and anticipation. 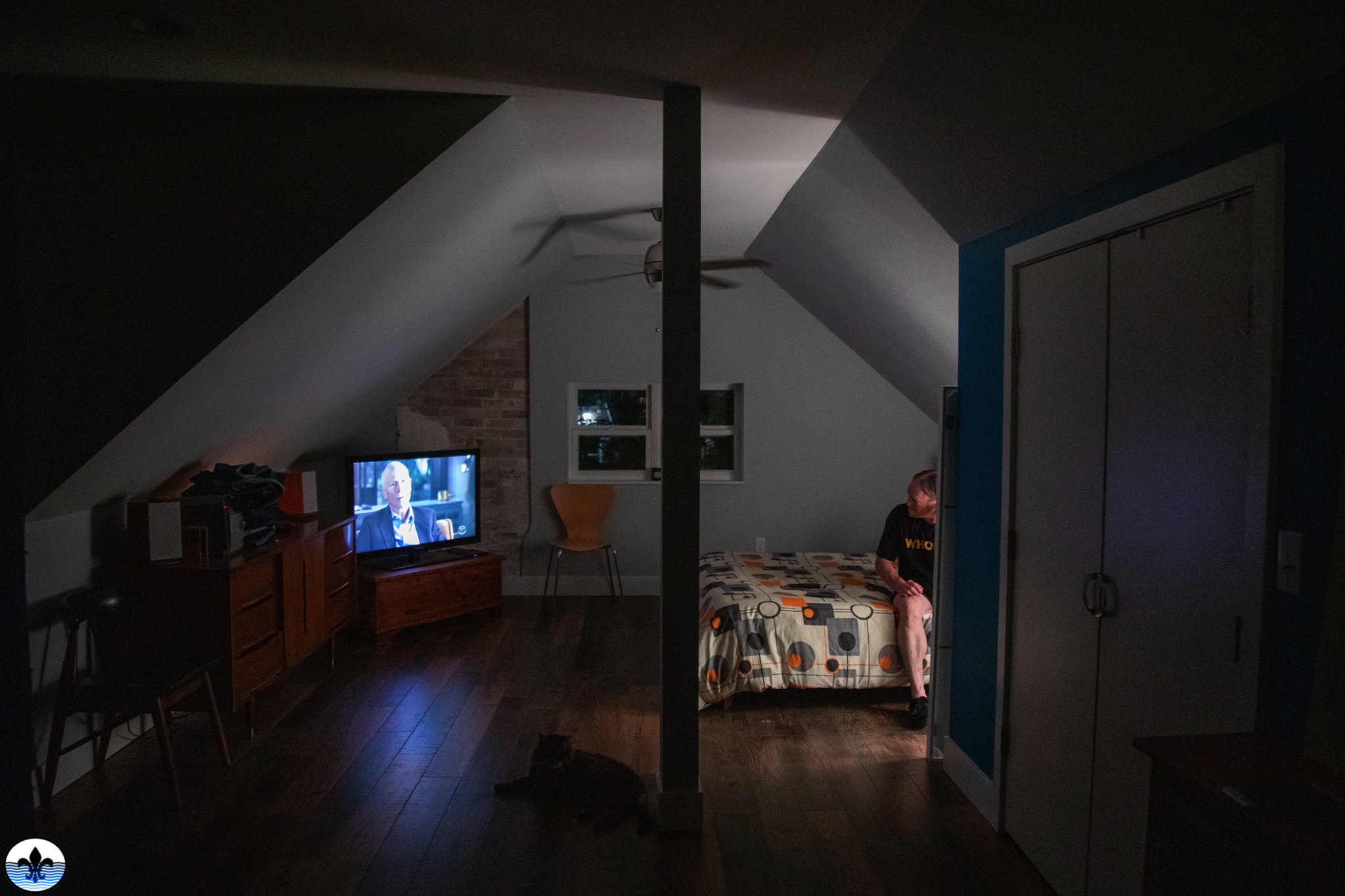 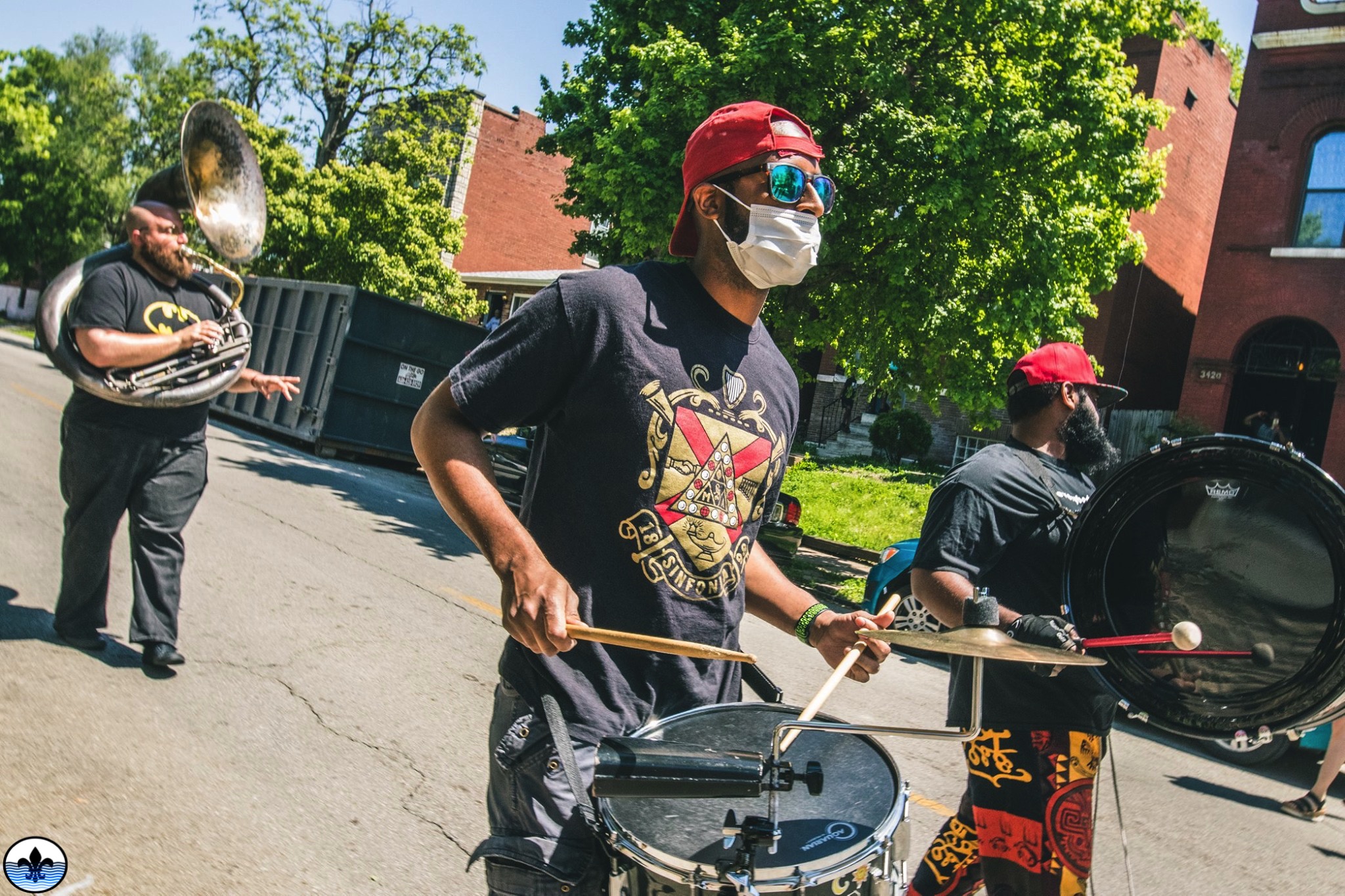 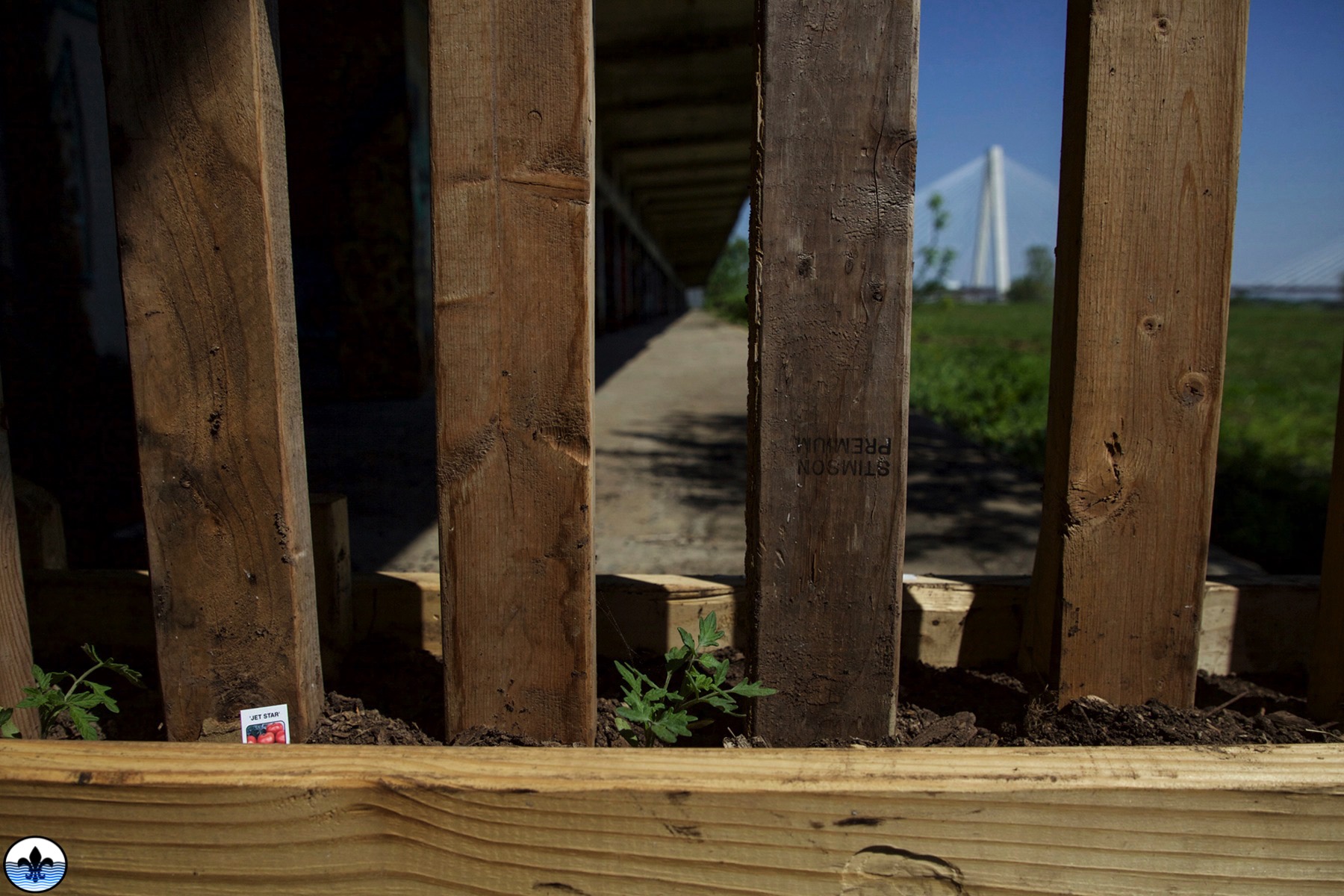 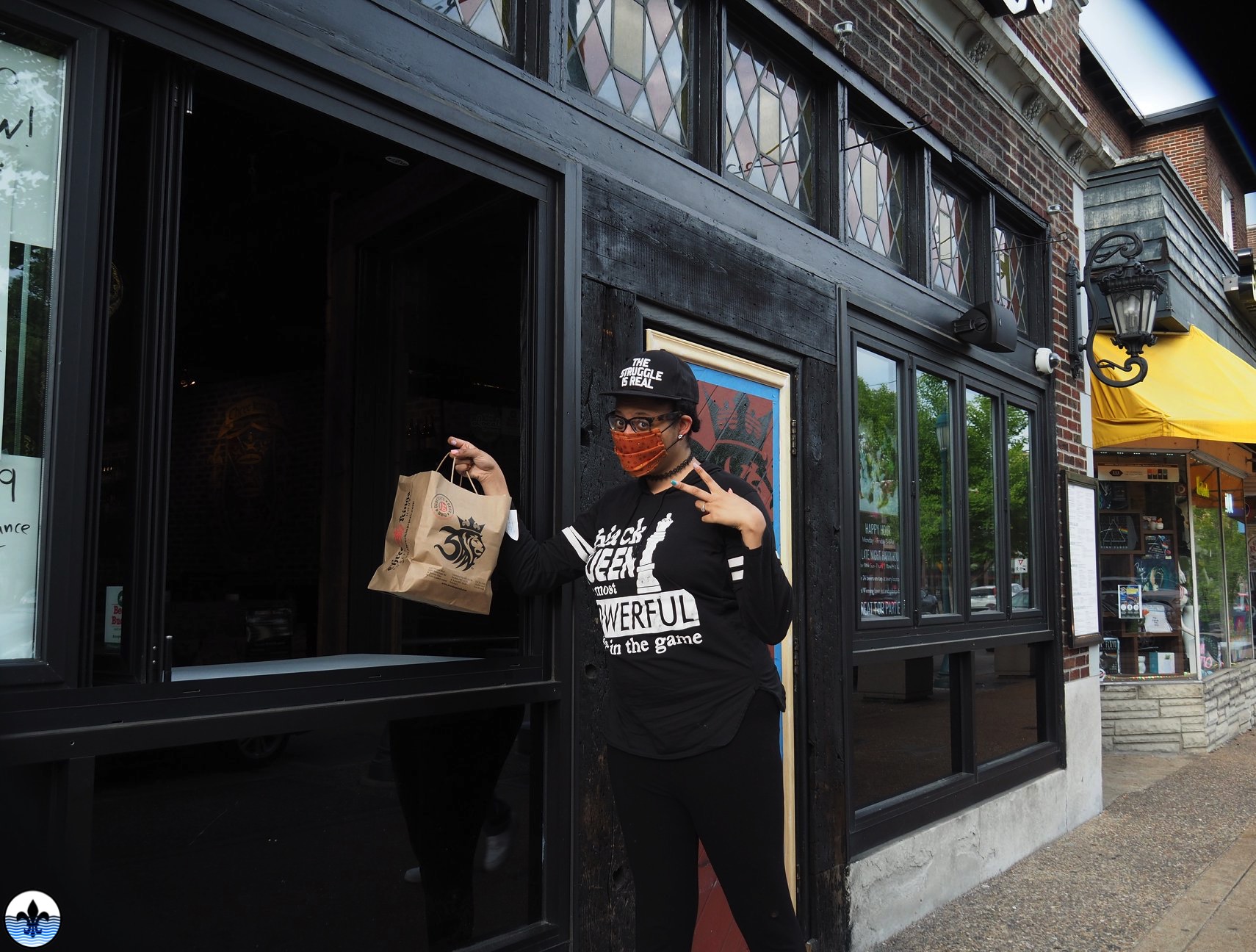 Global and national data researched for this article primarily sourced from ThinkGlobalHealth, an initiative of the Council on Foreign Relations, and corroborated against several reporting agencies, including the Centers for Disease Control and Prevention, the New York Times, and the World Health Organization. St. Louis area data sourced from KSDK, St. Louis Public Radio, and the St. Louis City website.

Photo Flood Saint Louis wishes to thank all of the frontline workers (some of who are Members) that face off against the dire threat of Covid-19, each and every day, to keep our hospitals and other medical facilities running, our grocery, hardware and department stores stocked with supplies, our packages delivered, or who otherwise place themselves at risk for the greater good. We sincerely appreciate you all.