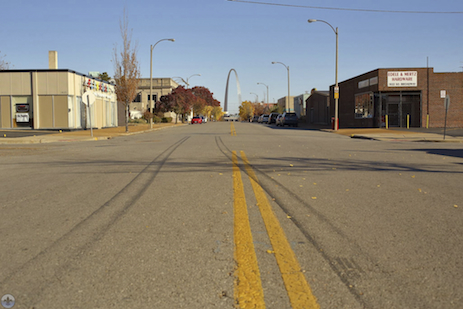 Admit it, this is the Flood you have been waiting for, if for no other reason than to learn how to pronounce the name. Kosciusko (koh-SHOOS-koh) is named after Tadeusz Kościuszko (minus the “z”), a general from the American Revolution. The neighborhood is home mostly to industry, although the National Geospatial Agency is located here (for the moment) as well. 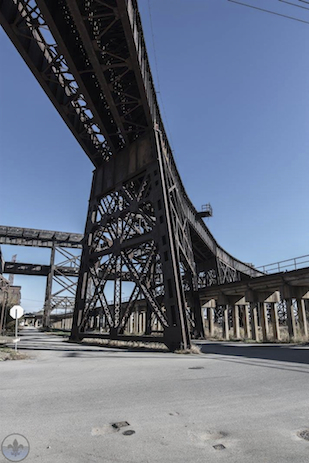 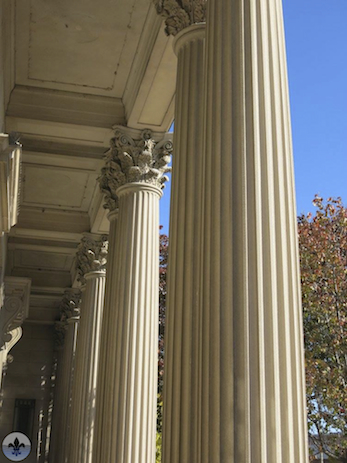 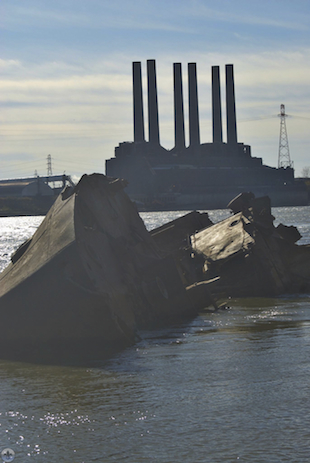 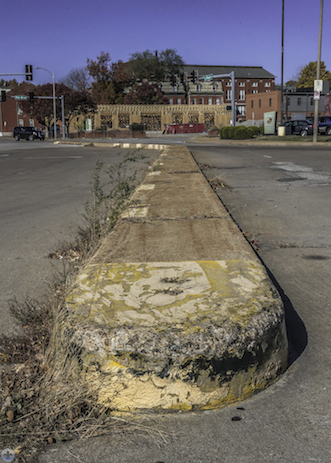 Let’s go back in time for a moment and imagine that you are one of St. Louis’ second generation of residents, and that you are looking for land. Specifically, you want property that will make you money (either a good location for a business that you want to build or a place that would attract others to lease the land from you). Naturally, your best approach is to look as close to Downtown as possible (without being Downtown- it’s expensive there), and as close to the river as possible. This is exactly the thinking that drove the city’s expansion for much of the first century, as it grew ever further north and south from Downtown.

It is no wonder then that Kosciusko, originally a part of Soulard and just south of Downtown, was once a populous place, full of hustle and bustle. After all, it provided the neighborhood with access to the river, and eventually, access to the Missouri Pacific/Iron Mountain rail lines (a route that swelled industry anywhere that it snaked through). Unfortunately for the neighborhood, mighty industry would have the last word here, and you would be very hard-pressed to find a resident today. 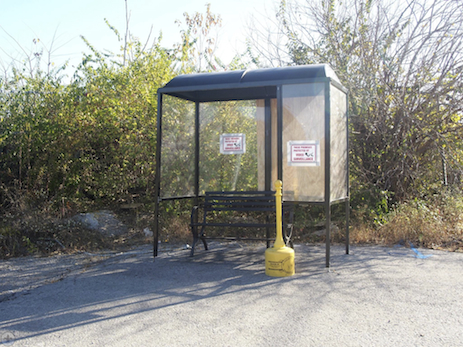 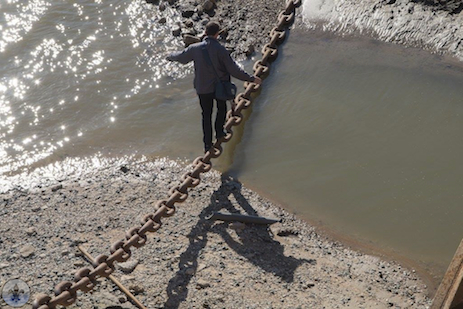 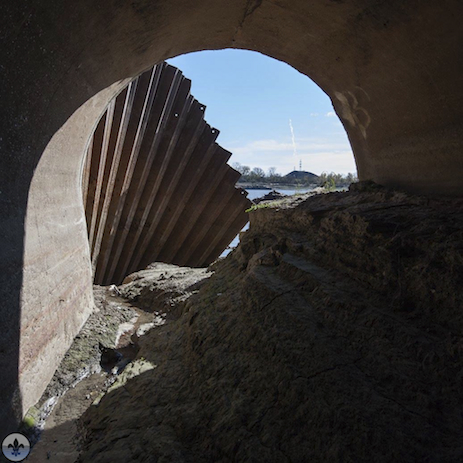 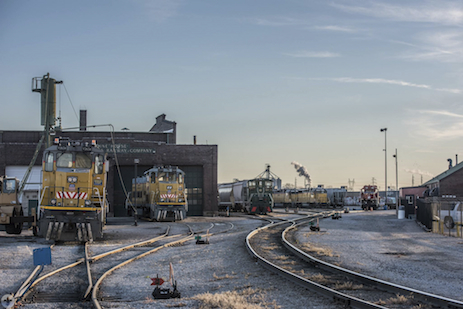 By the Mid-20th Century, population shifts were beginning to change the social landscape of the city. St. Louis possessed many neighborhoods still intact of their historic potential, but that were losing population and contained an aging building infrastructure (that some city leaders felt was beyond or unworthy of repairing). Many of these neighborhoods were deemed “slums”, and one by one (Mill Creek, the Levee District, Carr Square, etc.) they were demolished for civic revitalization projects. In the 1960’s, Kosciusko was added to this list, and became the target for the construction of a massive industrial park. By the time that the park’s first major industry (the Nooter Corporation) set up shop in their new facilities, most of anything characteristic of old Kosciusko had been erased. Nonetheless, if you look hard enough you can still see traces of what was pencilled around the margins of what is. 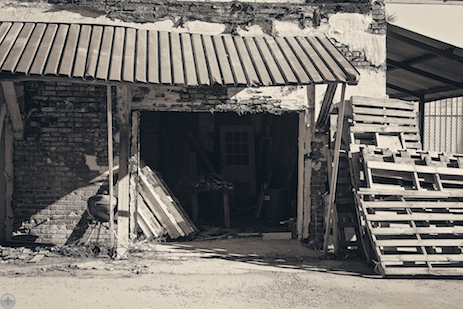 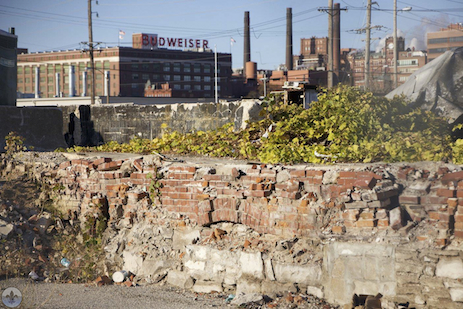 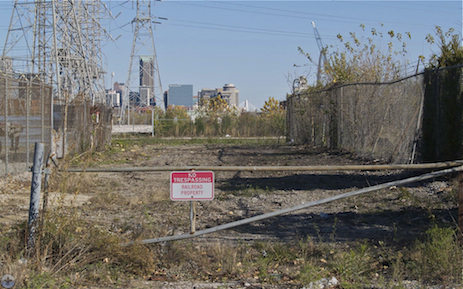 Walking around Kosciusko today is remarkably more rewarding than might be expected for a neighborhood designed for a singular, non-residential use. The area offers many fantastic businesses and restaurants worthy of a stop, including the city’s first Middle School charter (Lift for Life Academy), one of the longest graffiti walls in the midwest, a sunken ship (USS Inaugural, a WWII minesweeper), and even the secret headquarters for U.S. spies (National Geospatial-Intelligence Agency). Even if there were places to live, maybe some of this is unlikely to attract new residents, but it sure makes for great photographs! 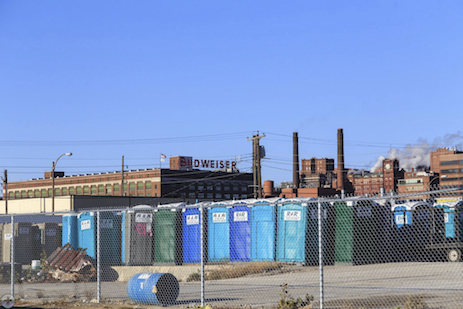 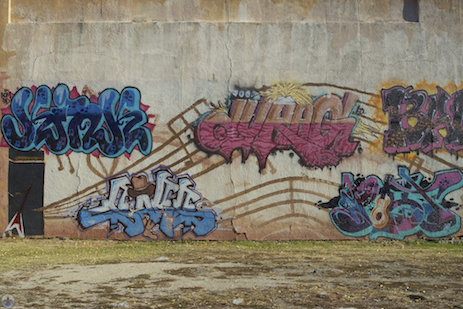 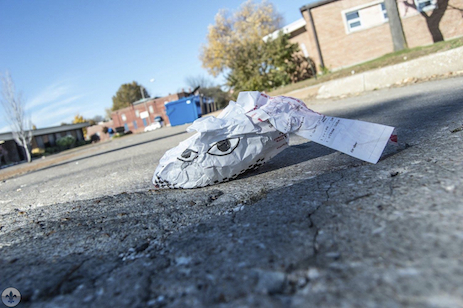 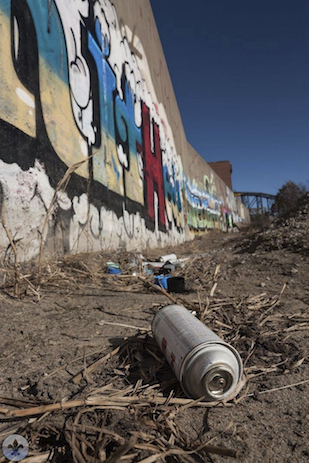 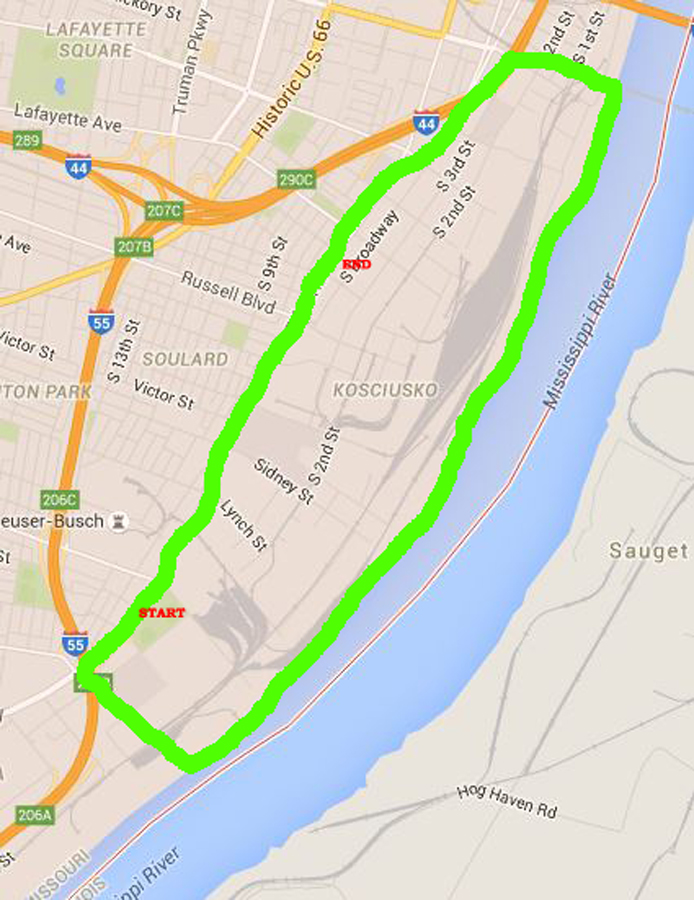 Our endpoint for Photo Flood 40 was Billie’s Fine Food, a longtime diner along South Broadway. Though the menu may not offer much in the way of unexpected, the food certainly hit the spot. It is no wonder why this place has such loyal customers. 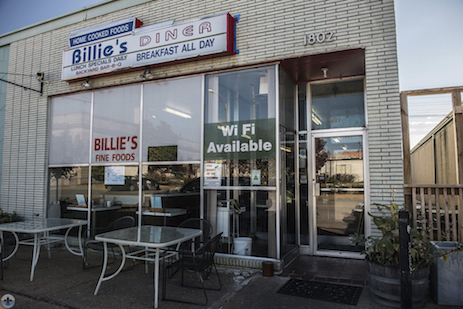 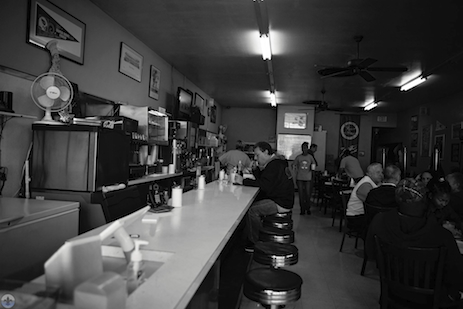