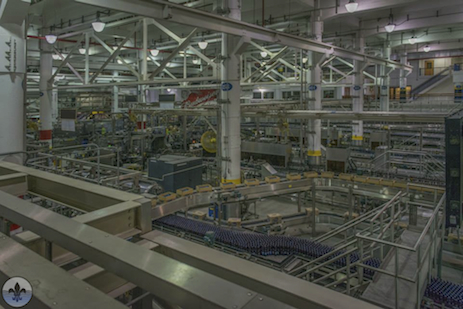 Since 1860, the Anheuser-Busch Brewery in Soulard has been a bastion of St. Louis’ business and manufacturing clout. Having previously earned the nickname of “World’s Largest Brewer” the local business was acquired by Belgian-Brazilian giant, InBev, in an aggressive acquisition completed in 2008. Even so, the Brewery continues to be a favorite attraction for residents and visitors alike (an attachment solidified by generations of the Busch family, passionate beer barons and city boosters). 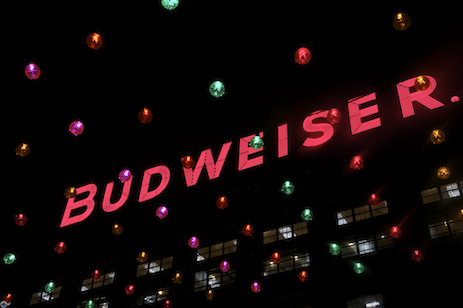 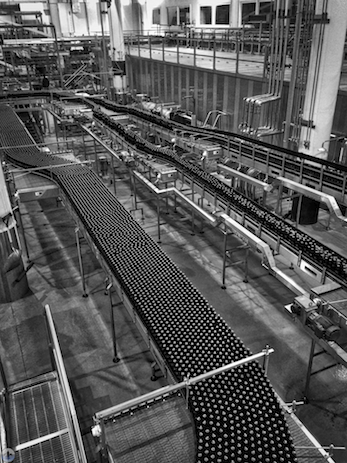 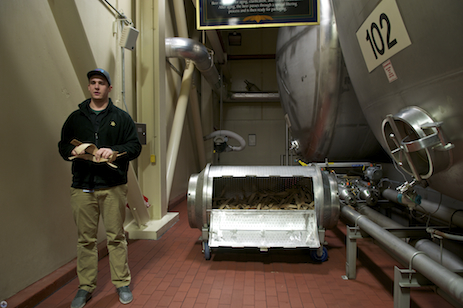 “Did you know that beer was around before bread?” So begins the Anheuser-Busch Brewery tour for many visitors. For anyone that grew up in the city, it might seem as though the Brewery itself predates bread. After all, if your South City childhood was anything like mine, the smell of wafting hops is a familiar and nostalgic aroma (and likely will be for my son as he ages). It is a scent as distinguishable as the site of red bricks in this city along the Mississippi.

To point out fact, the Brewery does not preexist bread. In 1843, a man named Eberhard Anheuser emigrated from Germany, and by 1860, this man had already re-envisioned himself in St. Louis as one of the city’s most powerful brewers. Around this same time, another German immigrant, Adolphus Busch, arrived upon the busy riverfront levee. Busch was a visionary entrepreneur who quickly set-up a brewing supply business in his new hometown. Through this business, the young Adolphus was introduced to Eberhard, his brewing business, and perhaps most significantly, to Eberhard’s daughter, Lilly. After a short courting period (by today’s standards), Lilly and Adolphus were wed, and Adolphus became employed by his father-in-law. 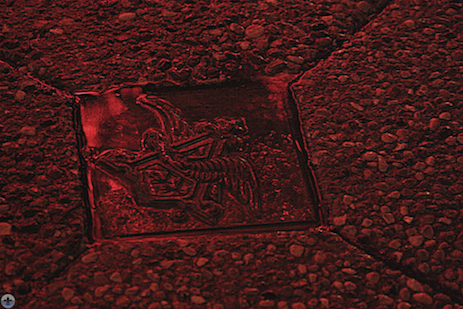 It is important to note that Adolphus Busch maintained his entrepreneurial drive and work ethic, and it is probable that these traits were even tempered under the tutelage of Eberhard. Though the E. Anheuser & Company brewery had been successful in St. Louis (enough for most regional brewers in the United States at the time), Busch sought to extend the business to other cities. In the early 1870’s, Busch introduced pasteurization to the process of bottling beer in order to increase the distances away from the Brewery that beer products could be sold. Shortly thereafter, Busch implemented artificially refrigerated railcars into his distribution mechanism, so beers produced in St. Louis could be stocked nationwide. In 1876, Busch contracted with local wine merchant and liquor importer, Carl Conrad, to develop a beer that would appeal to native Germans and Americans alike; this beer was named “Budweiser”, and it became the first “national brand” for the Brewery (an 1876 edition of the Oakland Tribune advertised Budweiser as being available in California). To be clear, the company Conrad set up to create Budweiser was independently owned by Conrad (as was the trademark), but the beer was brewed and bottled by E. Anheuser & Company, through an arrangement crafted by Adolphus Busch. By 1879, Budweiser was an breakaway success, and Adolphus was offered a partnership in Eberhard’s business. The company was renamed, Anheuser-Busch Brewing Association. In the following year, Eberhard Anheuser passed away, and Adolphus assumed the role as the company’s President. 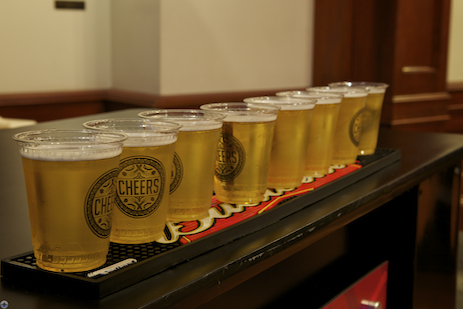 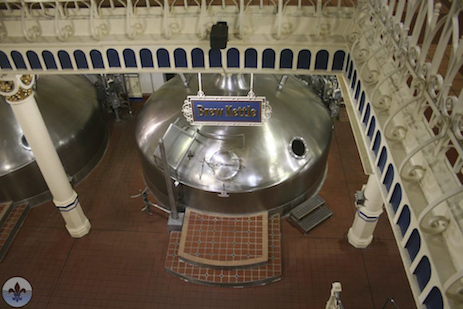 In 1883, Carl Conrad’s company declared bankruptcy (some experts say as the result of bottle return shortages, although this is not universally accepted), and Anheuser-Busch acquired the rights to sell Budweiser (the actual trademark was not transfered until some years later). Around this same time, Conrad went to work for the Brewery.

The popularity of Budweiser continued to grow, and by the 1890’s, the Anheuser-Busch Brewery was ready to introduce their first specialty beer to a national market, Michelob. 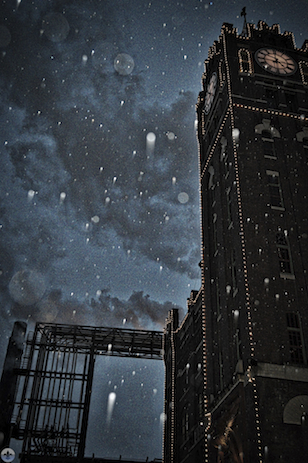 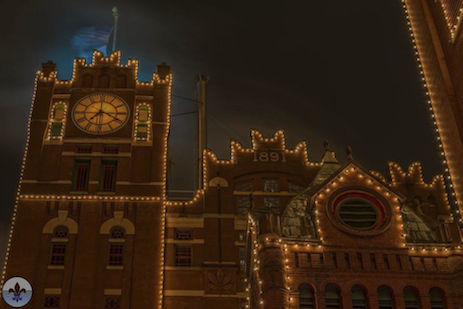 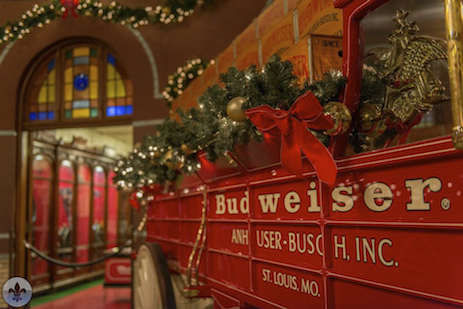 As the Brewery expanded operations in the 1920’s to meet demand, the original Busch family home (just southeast of the Clydesdale Paddock, their private stable) was demolished and replaced by a processing facility. A new family home was built at Grant’s Farm, where several generations of the Busch family were raised. The Clydesdale Paddock at the Brewery was built in 1885, and is a National Historic Landmark. Celebrated for their beauty and strength, the Budweiser Clydesdales have been a symbol for Anheuser-Busch since at least the repeal of prohibition, when the horses delivered the first bottles of beer to President Franklin D. Roosevelt at the White House. 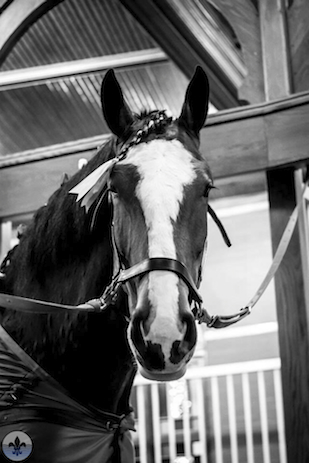 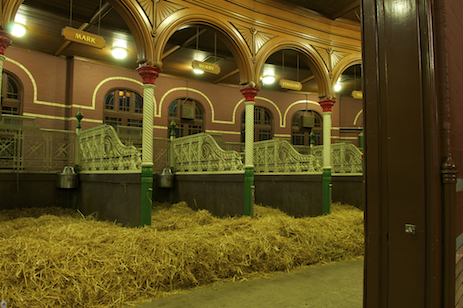 During the 20th century, one would be hard-pressed to think of more prominent citizens within the local community than the Buschs. Some family members, like August Busch, Jr. or “Gussie”, were much beloved public figures and civic boosters, while others misbehaved like royalty (complete with looking down on the “lower” members of society). Nonetheless, the legacy of the family is one of the proudest stories in St. Louis’ long history, and many family memories continue to be made at either Busch Stadium, Grant’s Farm, or by just downing a few cold AB-InBev products in the company of friends or family. The current Brewery owners have even developed a new attraction for holiday revelers- the Annual St. Louis Brewery Holiday Lights. In its first year, the lighting display drew an audience of more than 15,000 people, and by our visit, the second yearly event had ushered in more than 68,000. If you have not yet been, it is truly breathtaking. Clearly, something more than beer is brewing at this St. Louis landmark. 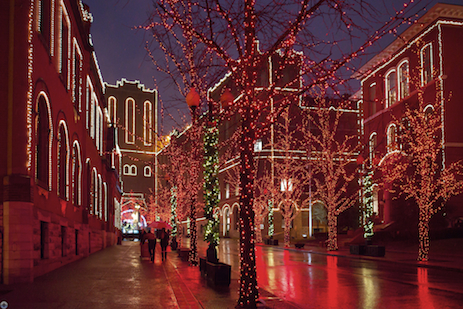 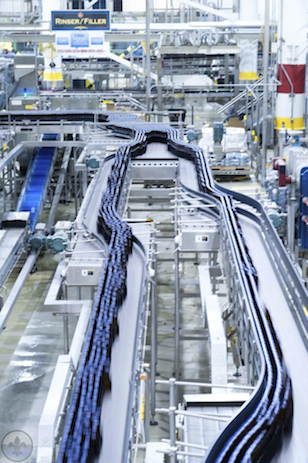 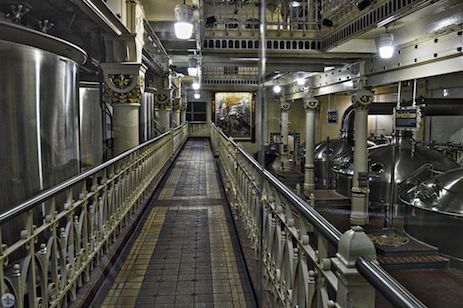 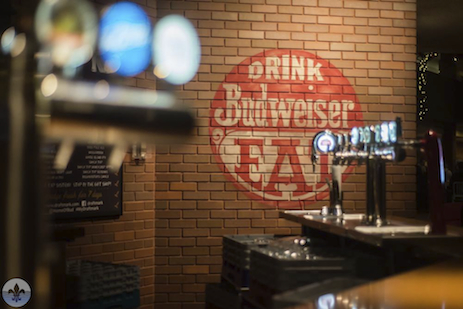 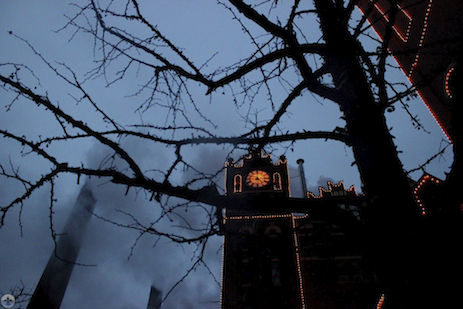 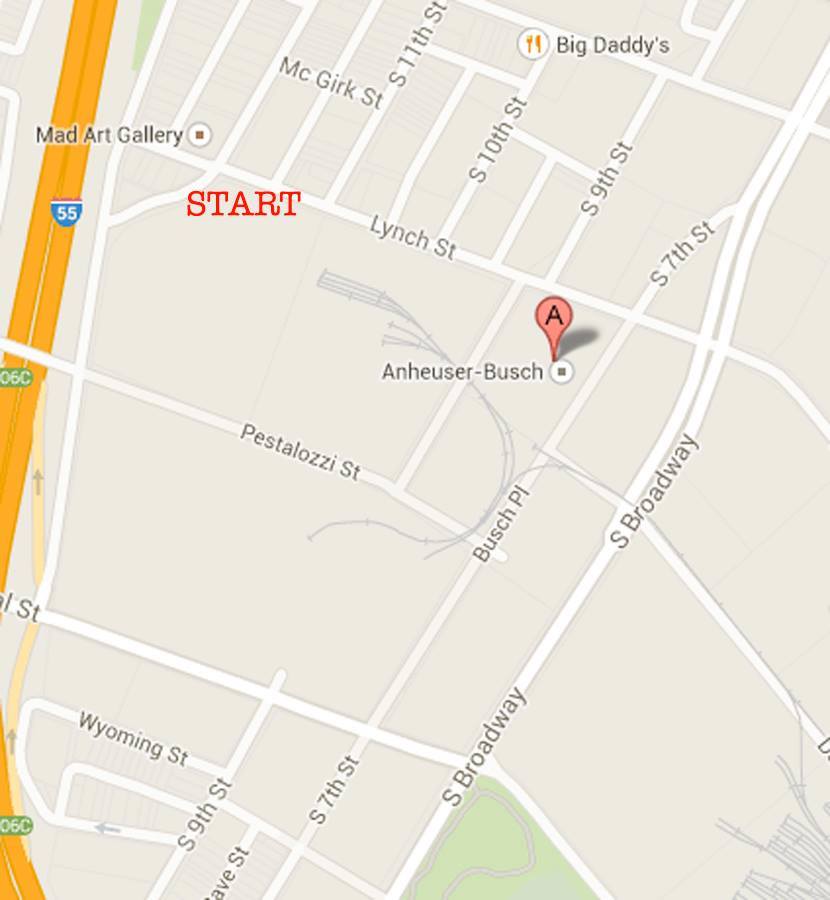