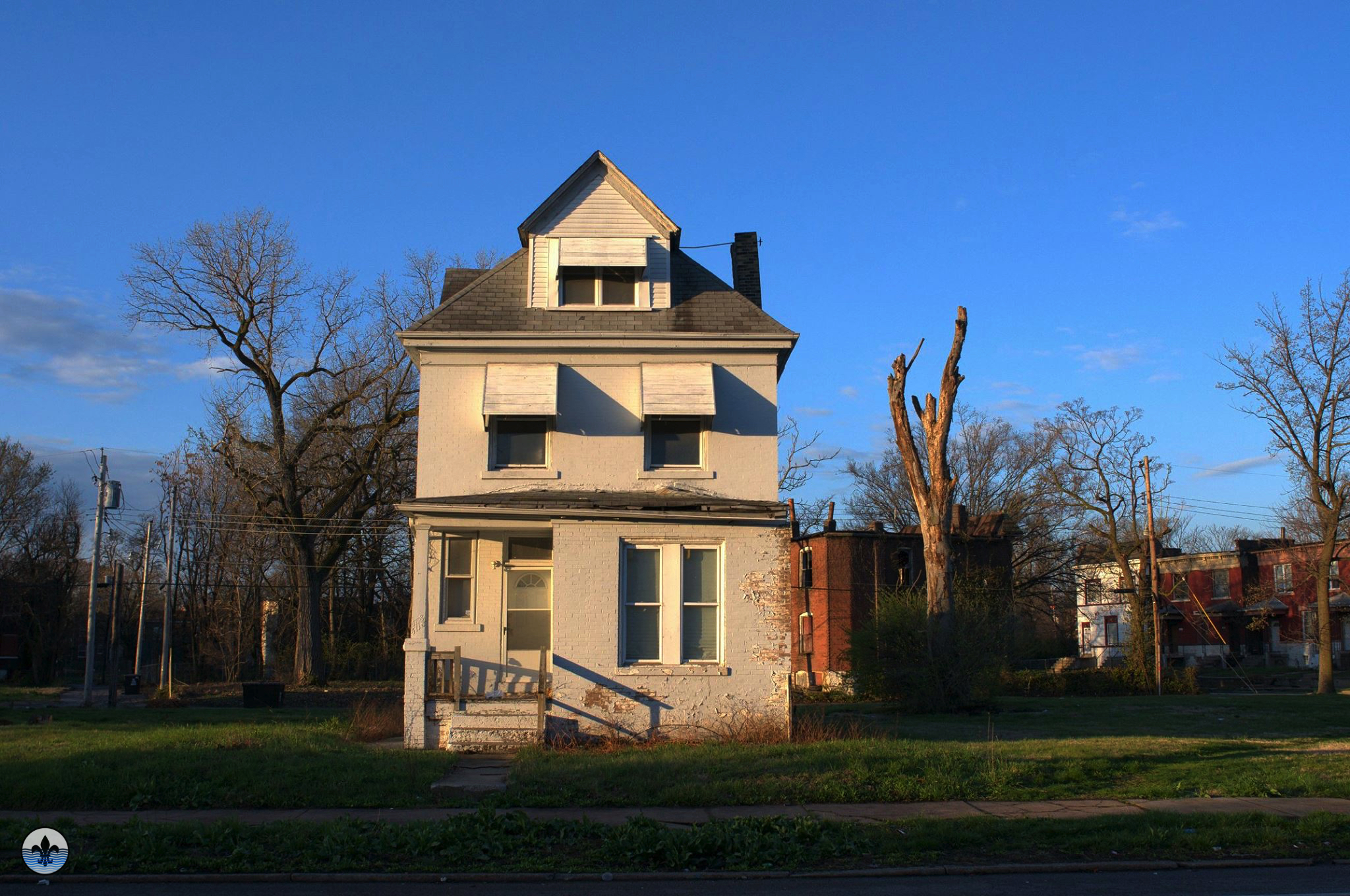 The first African-American private place in St. Louis, Lewis Place shares some of the opulence of the private places just to its south in the Central West End, and was constructed around the same time. Along with neighborhoods like The Ville and JeffVanderLou, Lewis Place holds national significance for its contribution to Black history, as an early champion in the fight against restrictive deed covenants. 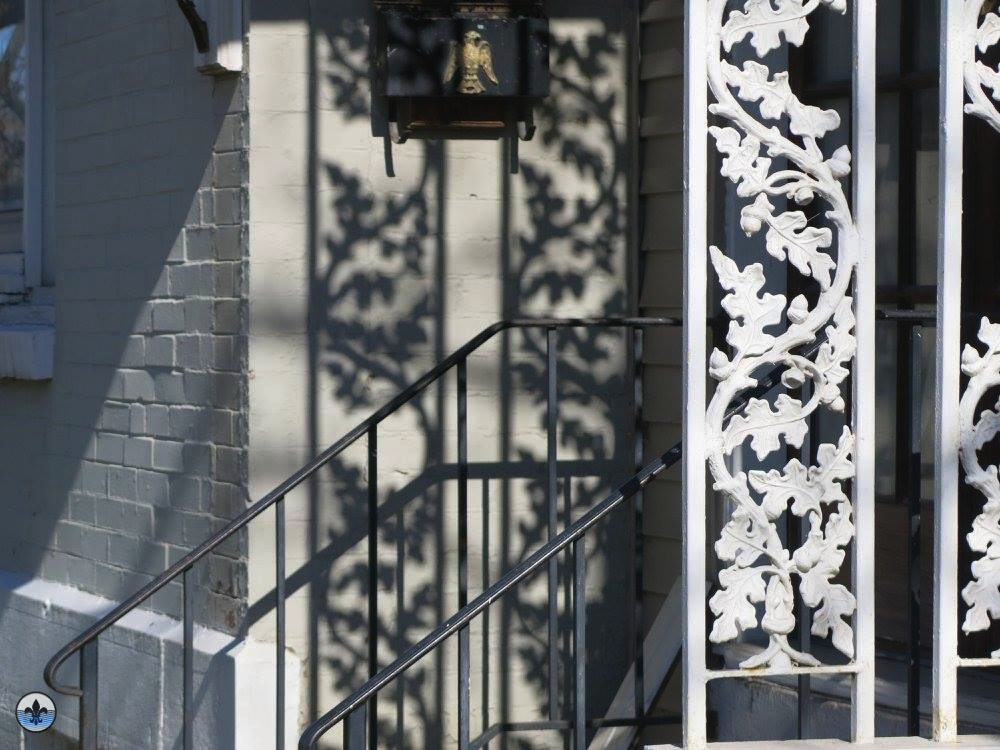 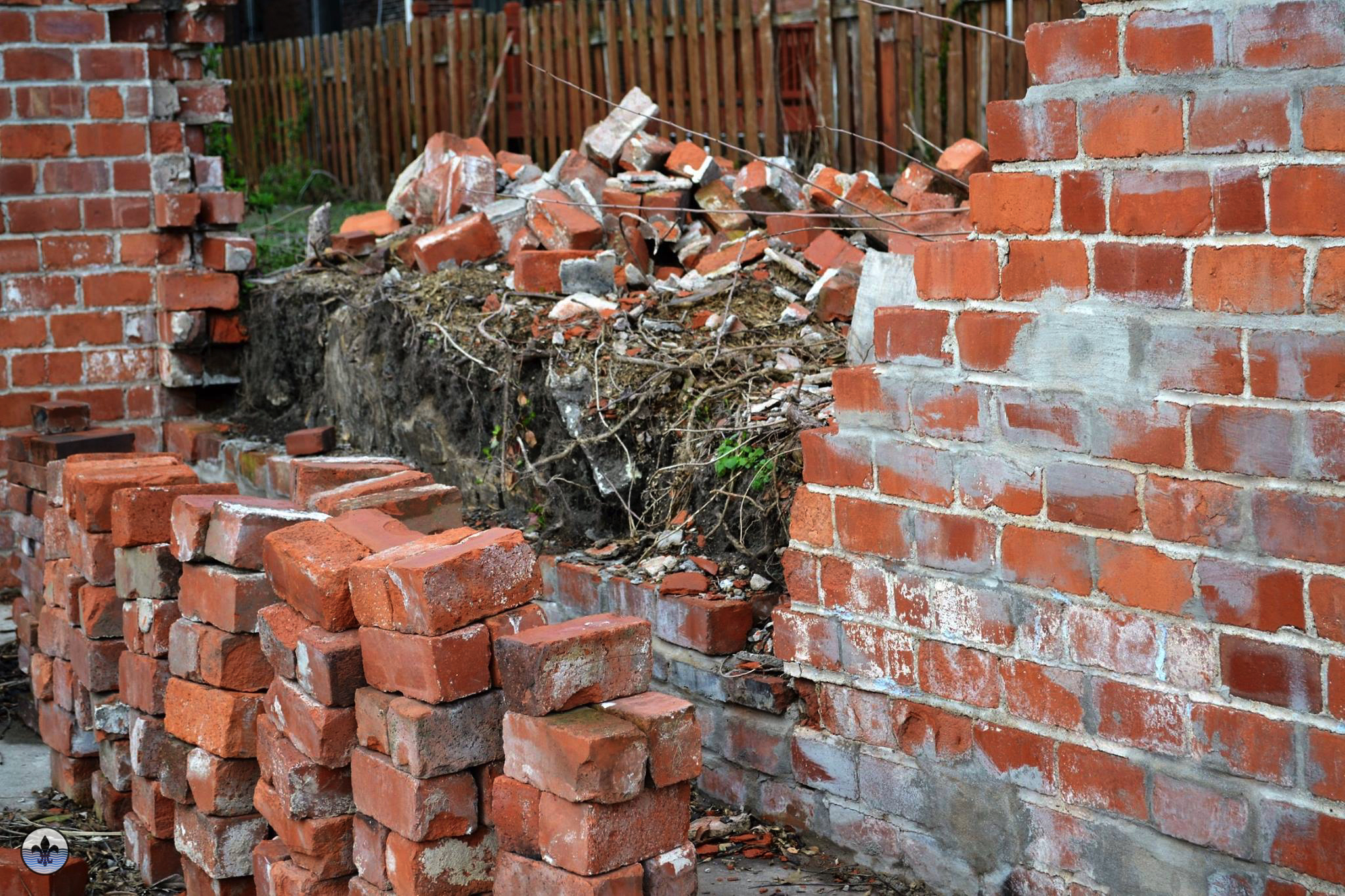 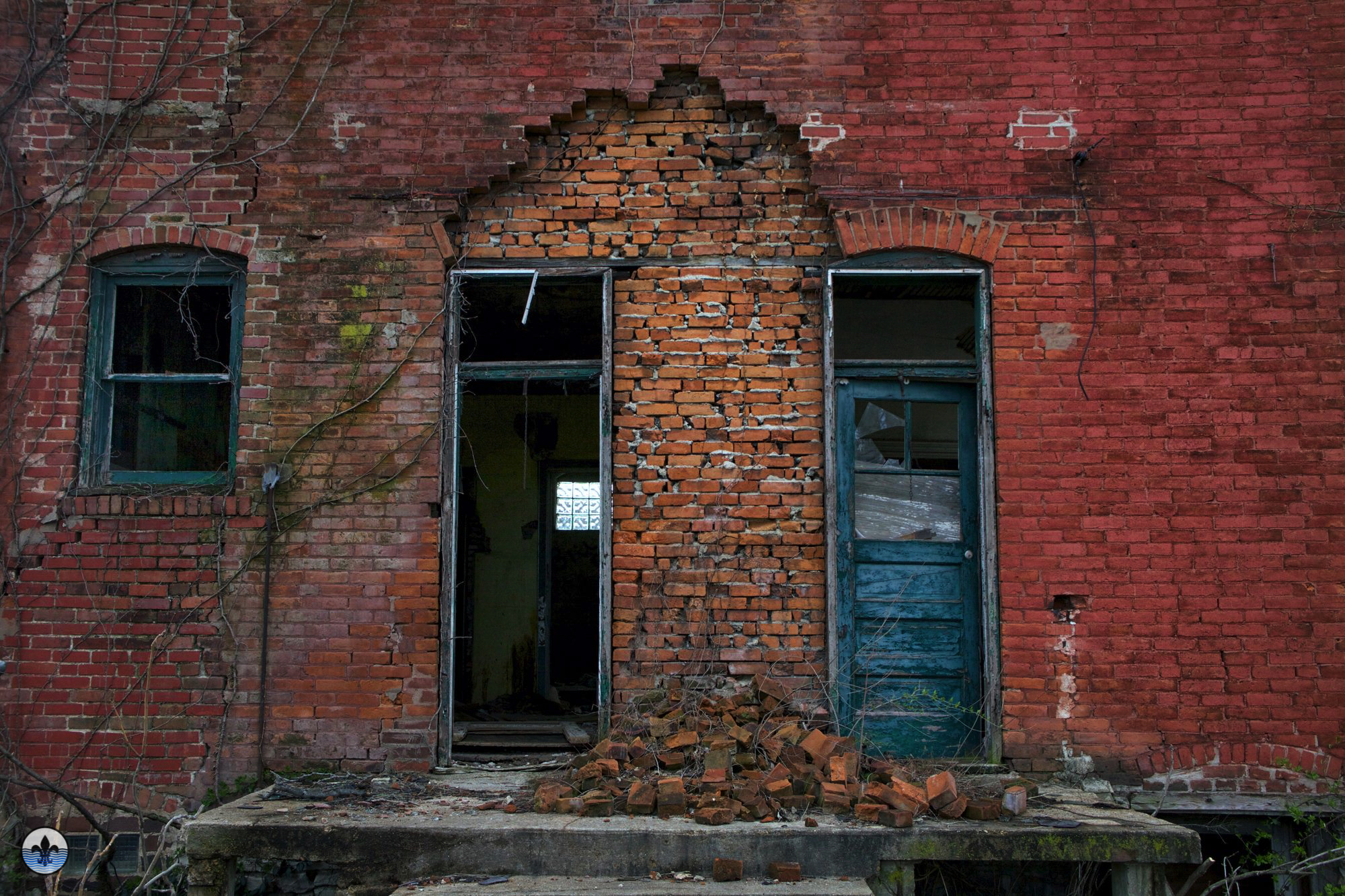 St. Louis has a long and curious history regarding housing for African-Americans. As the most northern slave holding State, Missouri (especially in urban centers like St. Louis) tended to utilize this labor differently than in the far south. Instead of toiling under the hot sun on sprawling plantations, slaves in St. Louis performed a variety of tasks ranging from maintaining a master’s household (and the sometimes sinister side motives associated with that) to traveling up and down river on the innumerable steamboats that delivered goods to and from the city. For those slaves performing tasks outside the home, who were essentially “rented out” to proprietors of various businesses, they tended to be more skilled and autonomous than their peers on the deep south plantations (whose masters would have been vastly intimidated by this). This unique arrangement meant also that some of the slaves need not live on their owner’s property, which gave rise to some of the earliest Black communities west of the Mississippi River. This isn’t to say that life was easy for these individuals; in order to cross town to get from where they lived to where they worked, slaves had to carry various papers with them, and would have been hassled by Whites for this documentation on a regular basis. The greater lesson here though is that, in the early days of cosmopolitan St. Louis, a pattern had already emerged to govern where White and Black people could live, which would continue to influence settlements of people until the Supreme Court of the United States would rule otherwise. 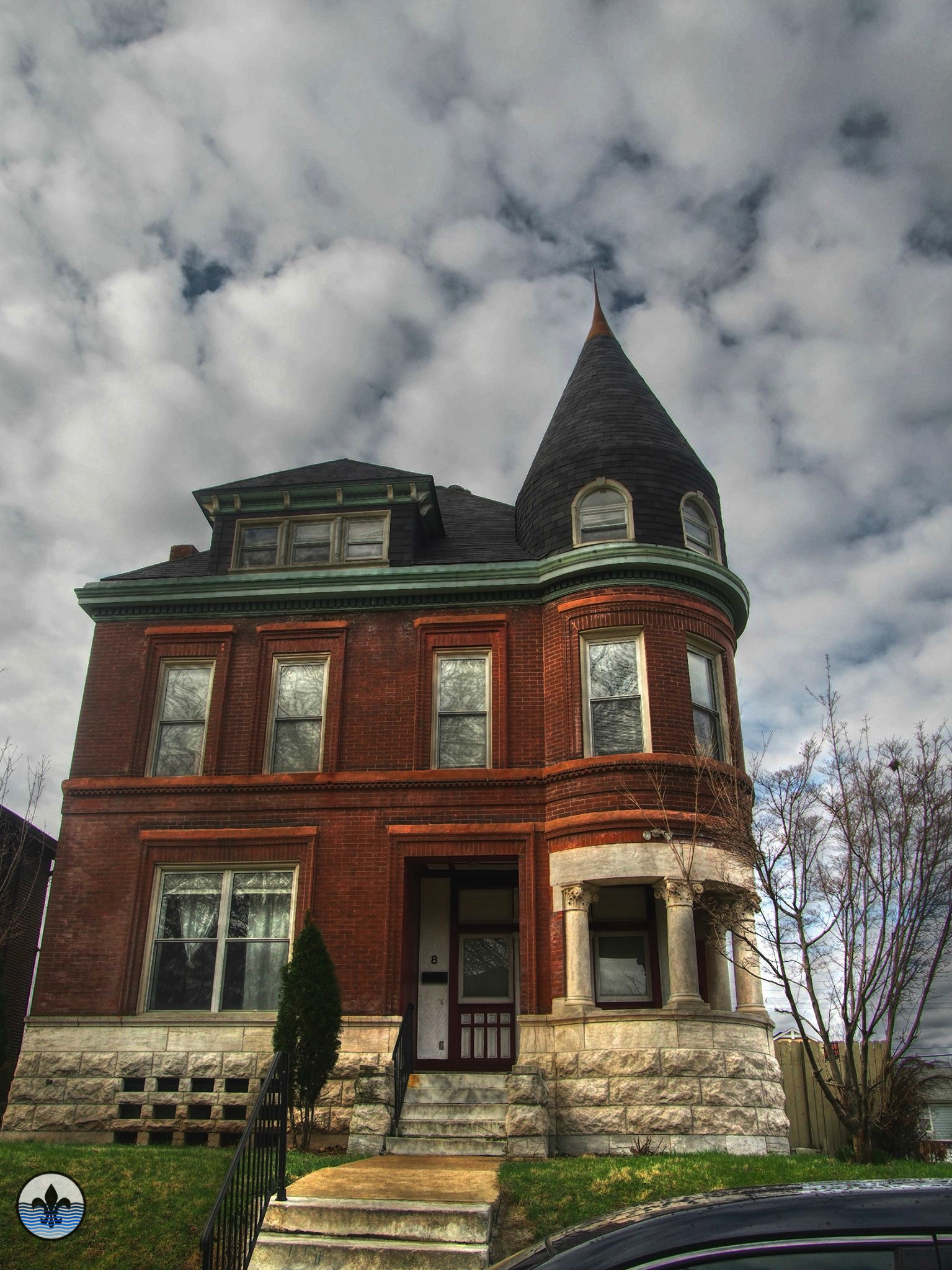 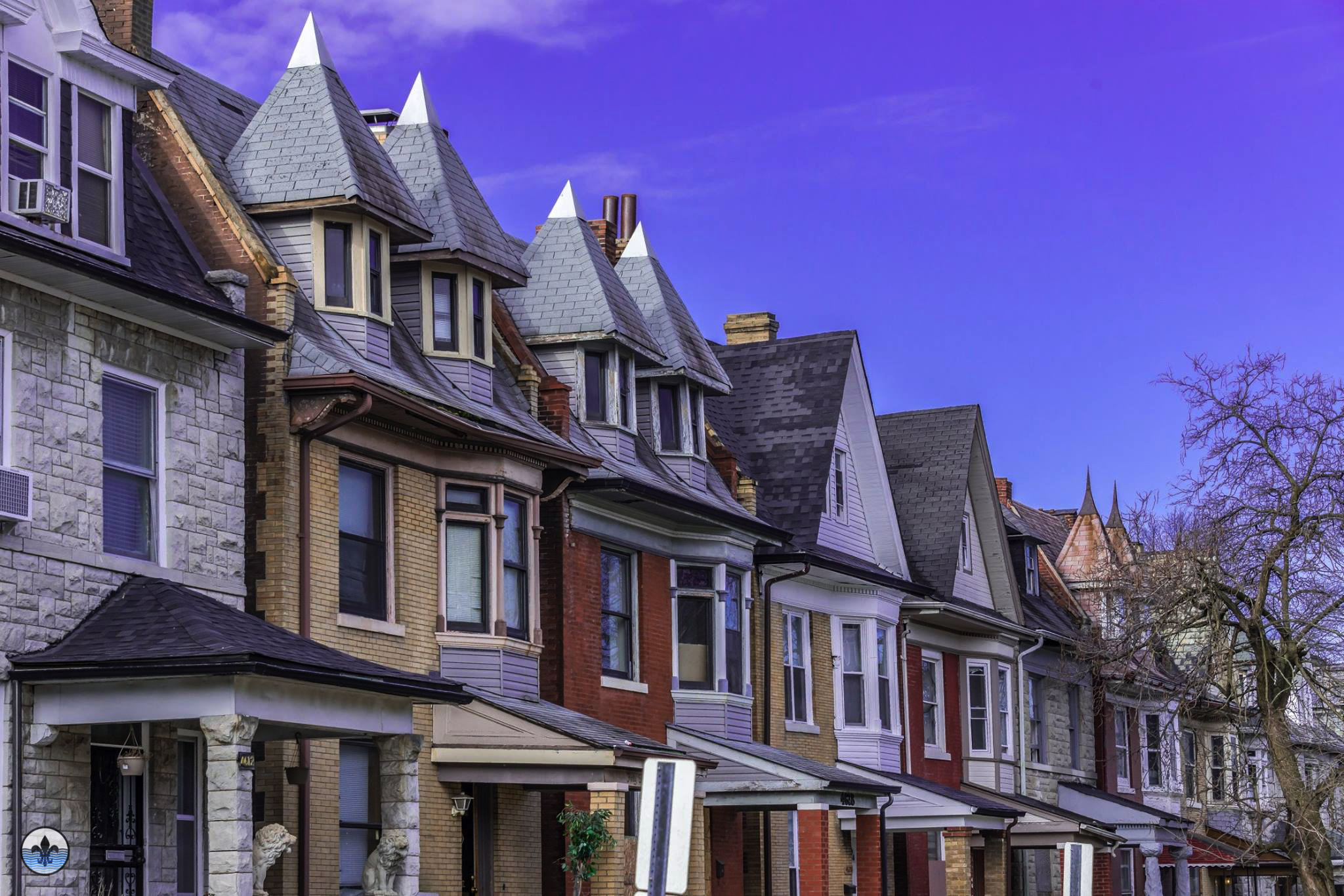 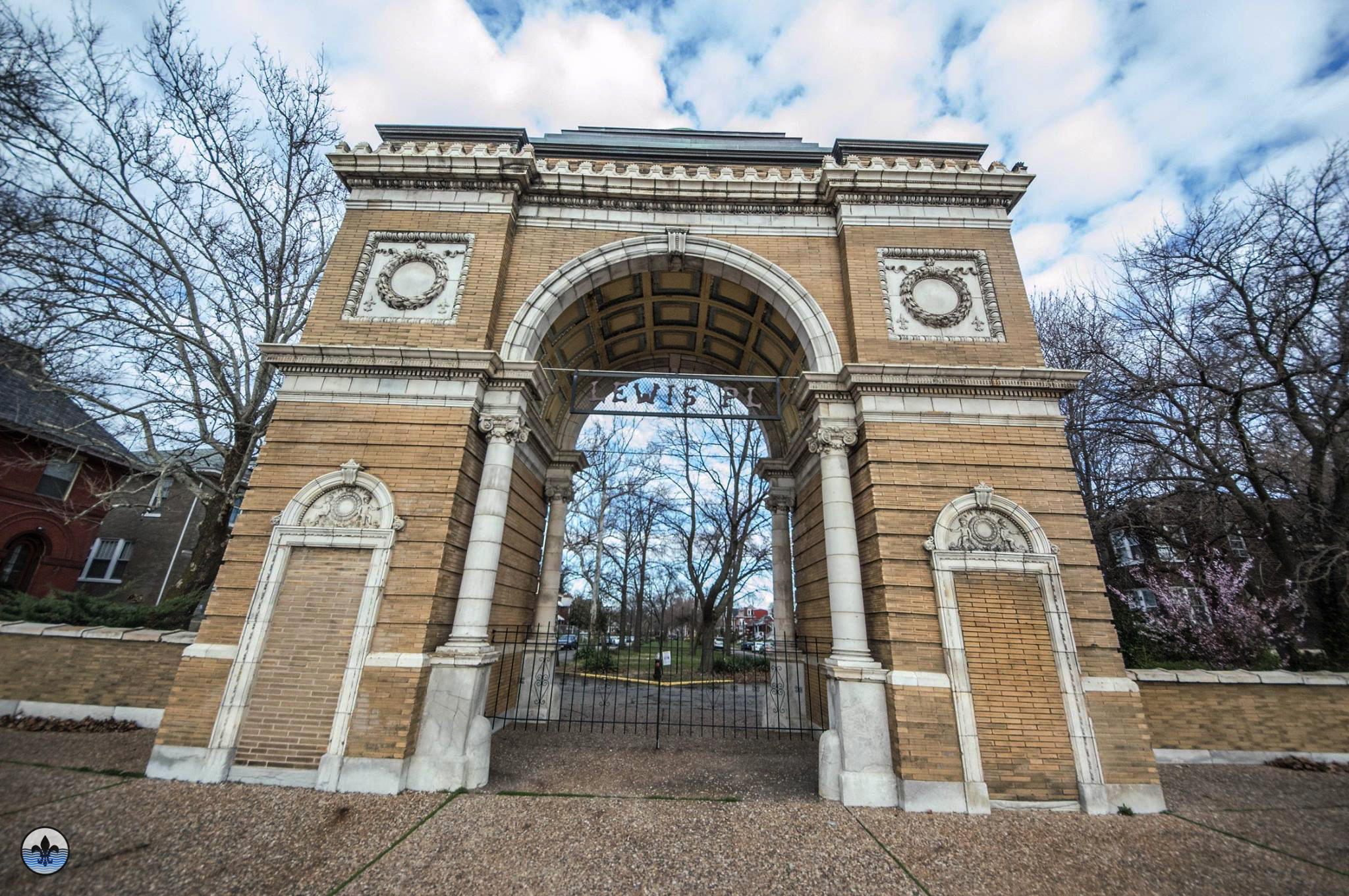 Lewis Place was founded in the 1890’s by William Lewis, amid the Victorian clamor for fashionable and stately dwellings following the city’s expansion westward. This same excitement, perpetuated by the developments surrounding Forest Park, spawned the Central West End and DeBaliviere Place neighborhoods (each with their own lavish, private streets). During this time, African-Americans still lived mostly clustered Downtown, in small and often shoddily constructed tenement or slum housing. But, as the Great Migration began to bring thousands of southern Blacks north to cities like St. Louis, it became quickly evident that new accommodations were needed. Following World War I, St. Louis passed a Segregation Ordinance (like many U.S. cities) that set strict requirements for where people could live, based on racial identity. Although the Ordinance was overturned in 1917 (by the Supreme Court in a case against Louisville, KY), a strong precedent had been set in the founding of Black neighborhoods like Mill Creek Valley, The Ville and JeffVanderLou. Following the Supreme Courts’ decision, the secretive practice of Restrictive Deed Covenants was established which continued to maintain communities as either Black or White, Christian or Jewish, etc.

As World War II was being waged across the Atlantic, those traditionally Black Neighborhoods began to swell to the seams in their populations (especially with the “ghetto removal” of Mill Creek Valley from Midtown looming). It was evident that new housing was needed for African-Americans, but where to go? 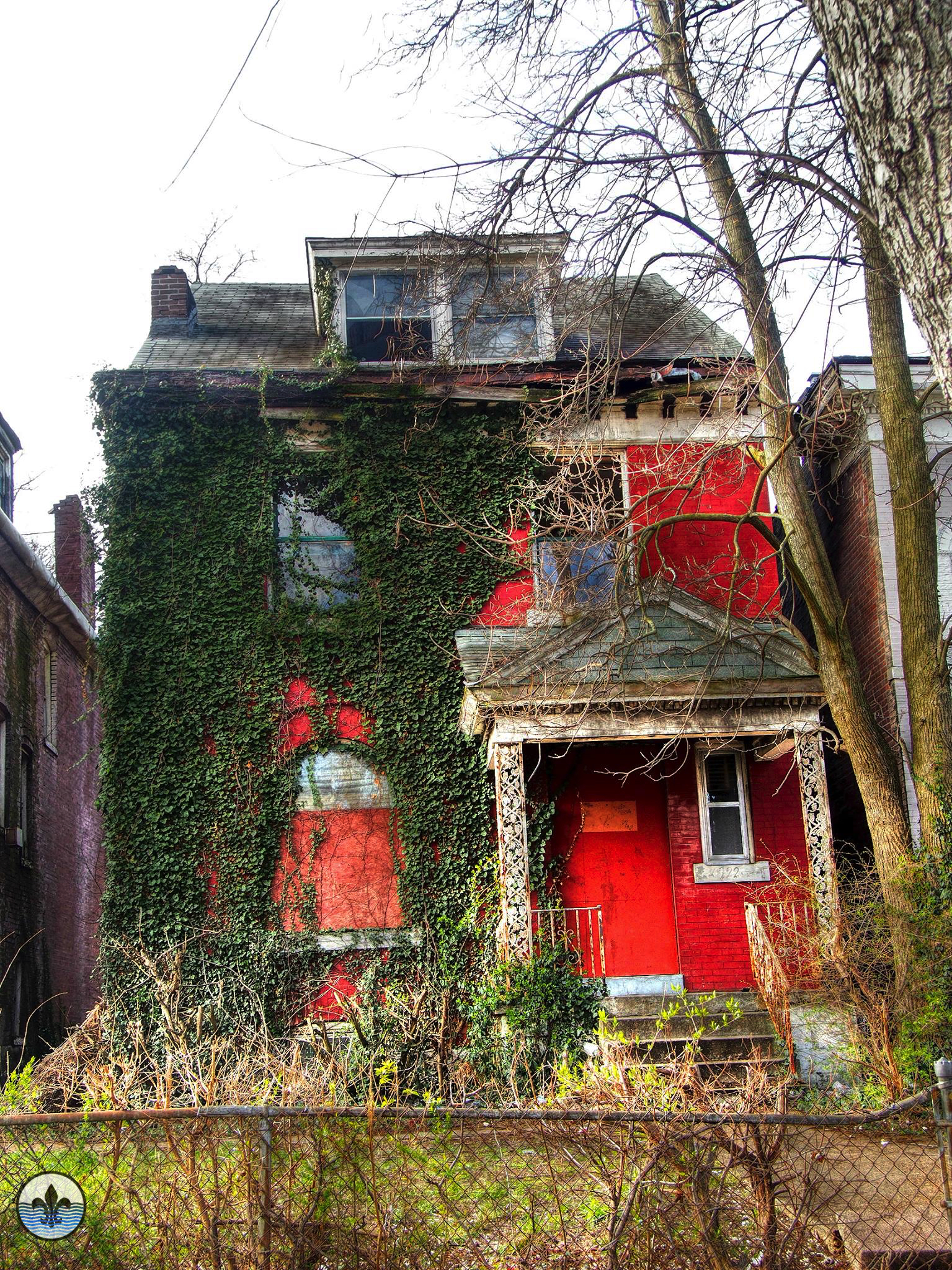 Lewis Place continued to prosper as a desirable place to live (for Whites-only). Meanwhile, across the street from its monumental entryway arch, an African-American community, called the Finney Avenue District, faced a significant shortage of housing. A plan was concocted by Robert Witherspoon, a prominent Black attorney, to have light-skinned members of his community purchase properties with forwarded funds inside of Lewis Place, under the assumption that they were White (sometimes these “straw men”, as they were called, were Whites who were sympathetic to the cause). The properties were then turned over to the African-American families who had put up the money. Though victory was arduous to achieve, enough African-Americans purchased properties in Lewis Place that they were able to overthrow the neighborhood’s home owners’ association and lift the racially restrictive covenant. The counter-attack was argued first in front of the St. Louis Circuit Court, but ultimately found its way to the U.S. Supreme Court in the case of Shelley vs. Kraemer. The Supreme Court, in 1948, ruled in favor of the African-American family (the Shelleys), and made illegal the practice of restrictive covenants, once and for all. This important ruling was a harbinger of things to come, helping to set precedent for the Plessy vs. Ferguson ruling in 1954 that would officially spark the Civil Rights Movement. 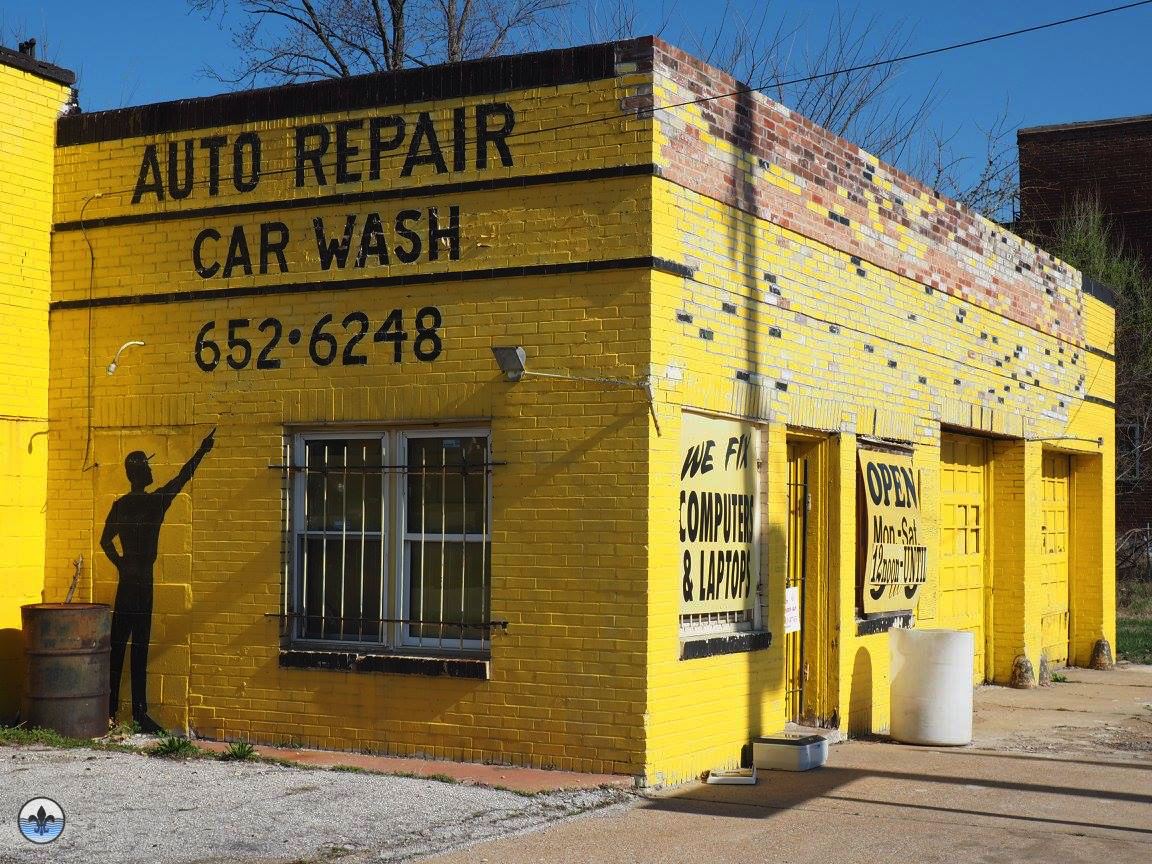 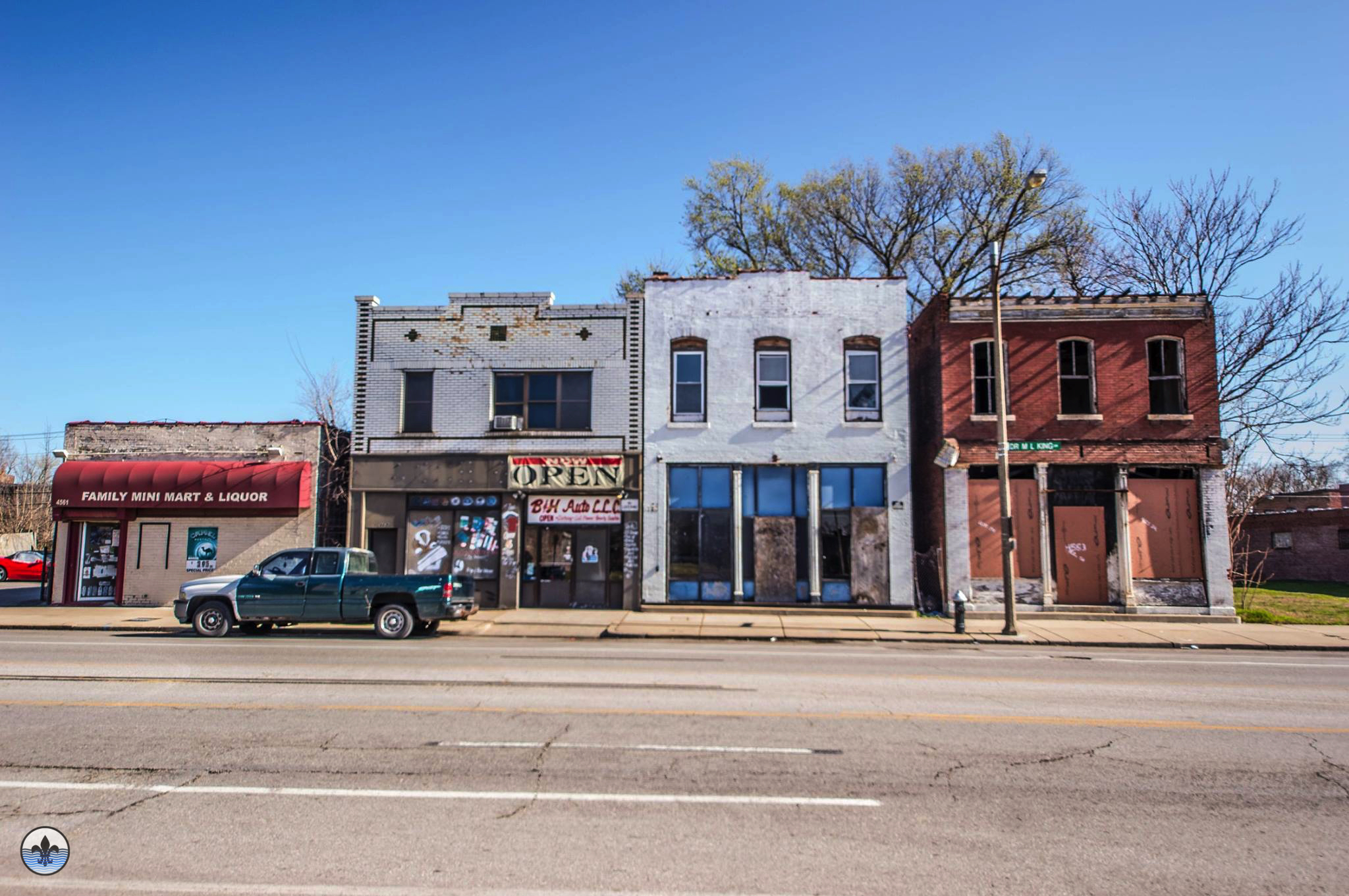 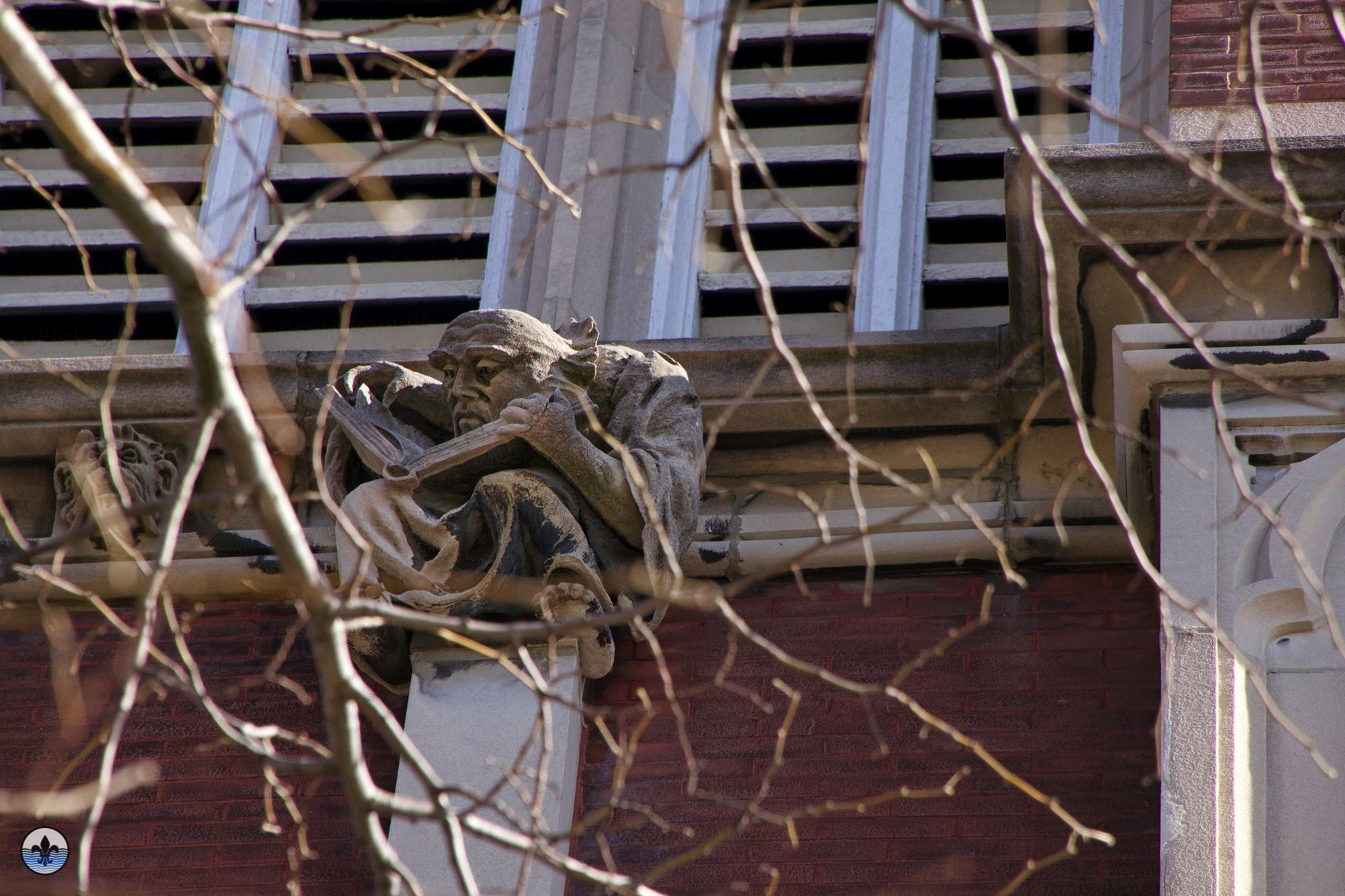 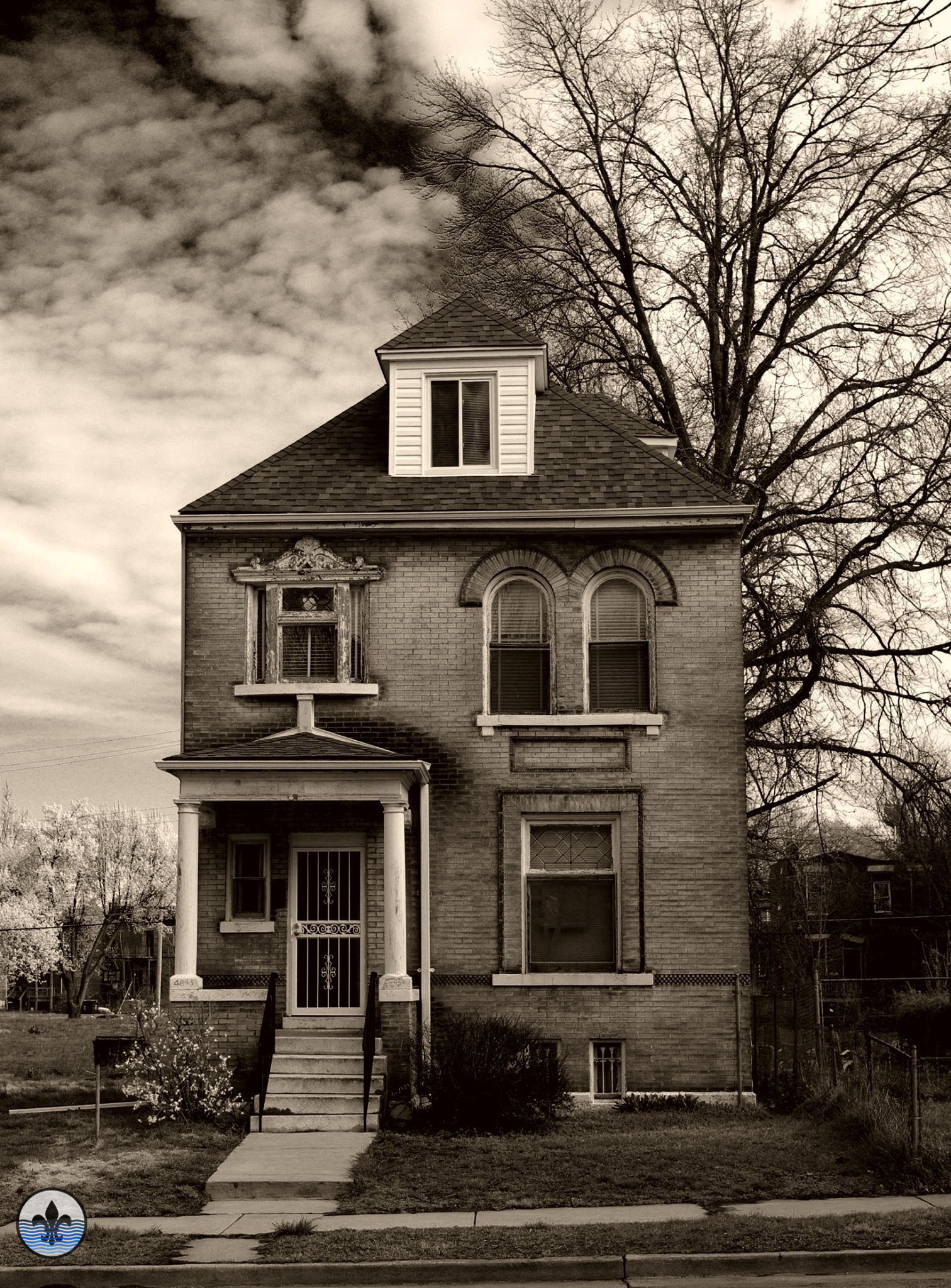 For several decades, the community of Lewis Place remained vibrant and flourished. However, beginning in the 1970’s, the neighborhood suffered many of the setbacks that plagued other St. Louis neighborhoods, as the city’s population declined and economic opportunities waned. Though the Lewis Place Neighborhood Association is very active and quite motivated, the neighborhood is deteriorating at an accelerated rate (seemingly and mysteriously more so than some of its immediate neighbors). The evidence of brick theft is widespread, and crime (historically, pretty low here) has been on the rise in recent years. In 2010, an F1 tornado struck Lewis Place on New Years Eve, and perhaps this has something to do with what’s going on. If you want to contribute financially or as a volunteer to this neighborhood’s revitalization, there are opportunities to do so through the Neighborhood Association link above.

On our visit, we met many residents of Lewis Place who were all extremely receptive to our presence (even the homeowner who questioned my motives on the former Private Street was well-intended). One woman in particular, who I ran into at a bustop waiting to get a ride to work, brightened up when I told her about Robert Witherspoon and the history of her neighborhood. She had no idea that Lewis Place was so significant, and was excited to learn that her home was only a couple blocks from where Witherspoon himself lived. I left her with a smile, and I can only hope that the pride which bred it (of a truly remarkable heritage) will be the same tool necessary to someday revitalize this important community. 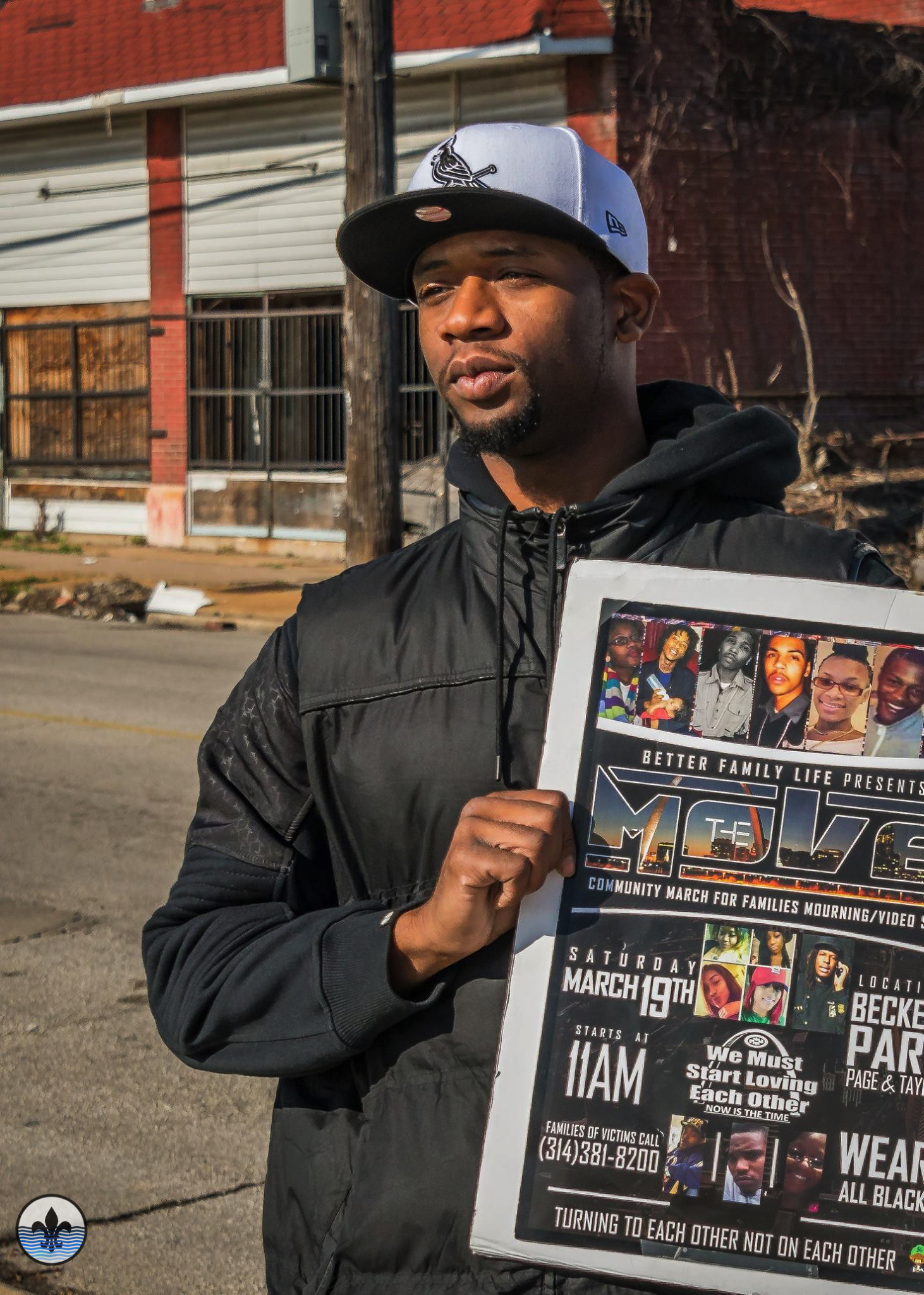 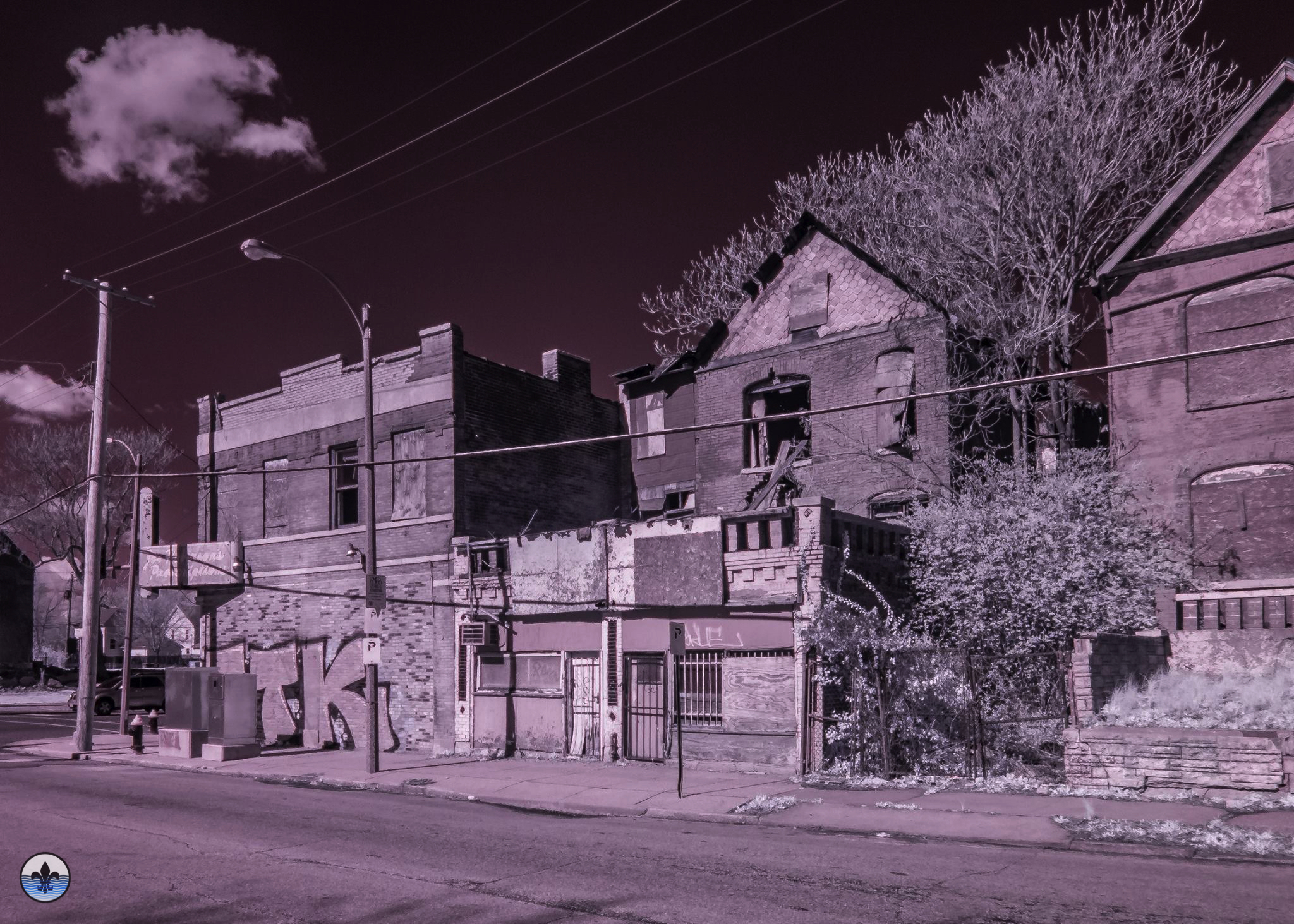 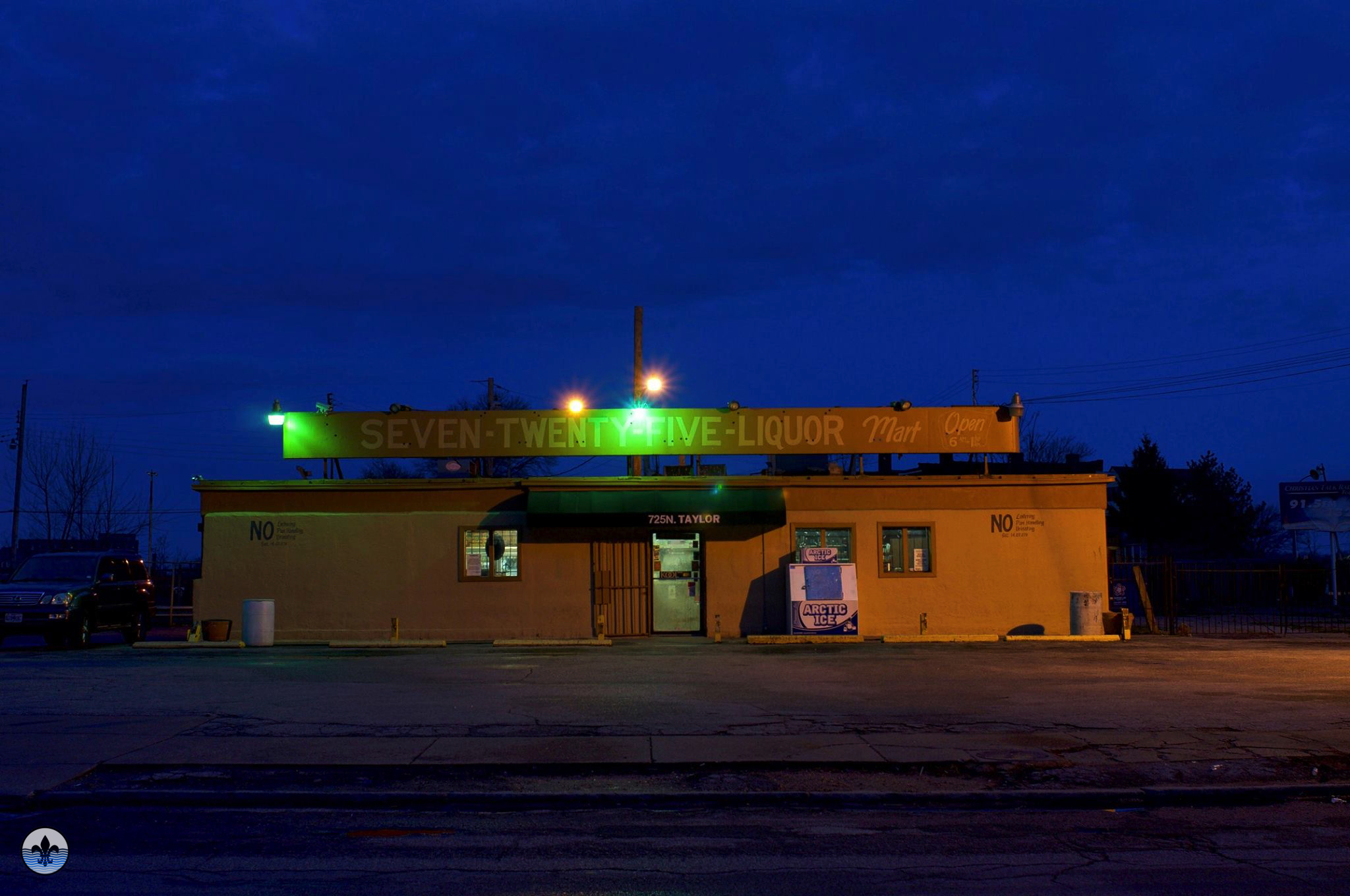 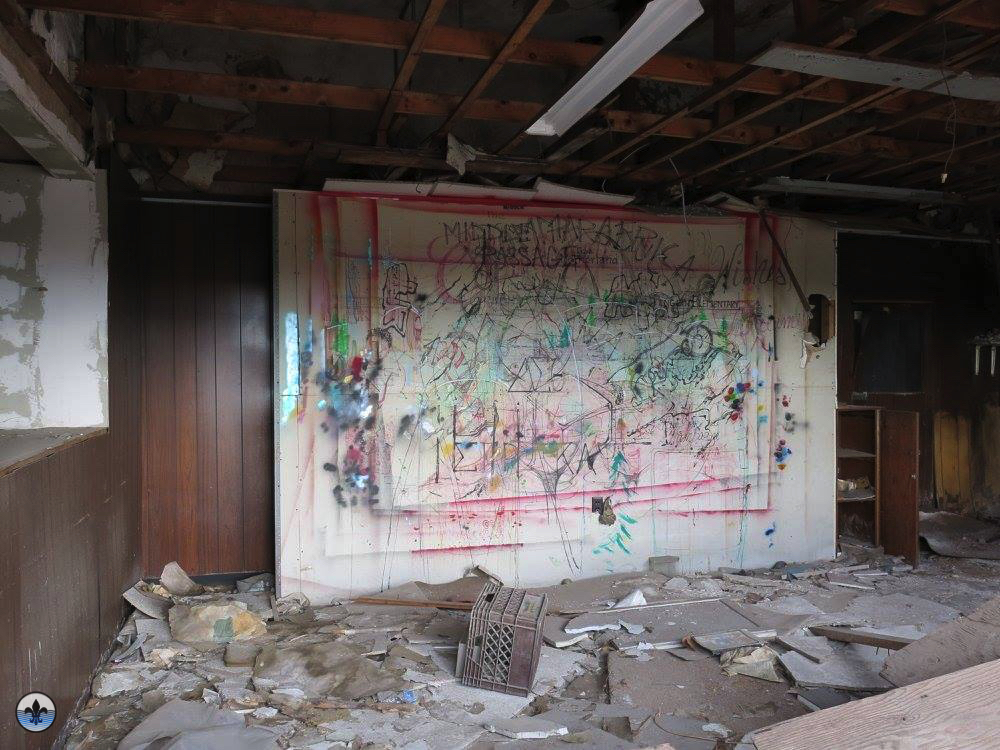 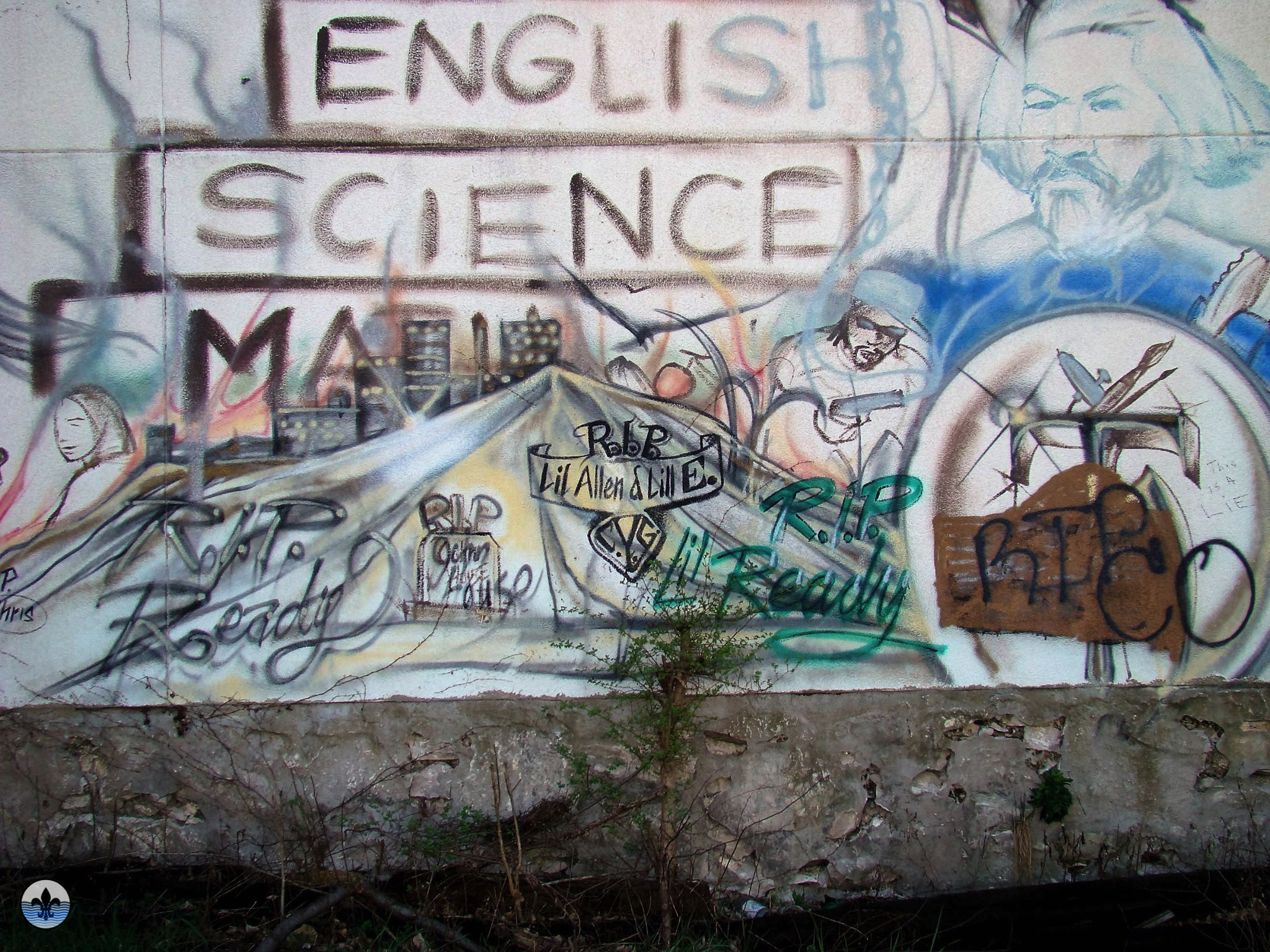 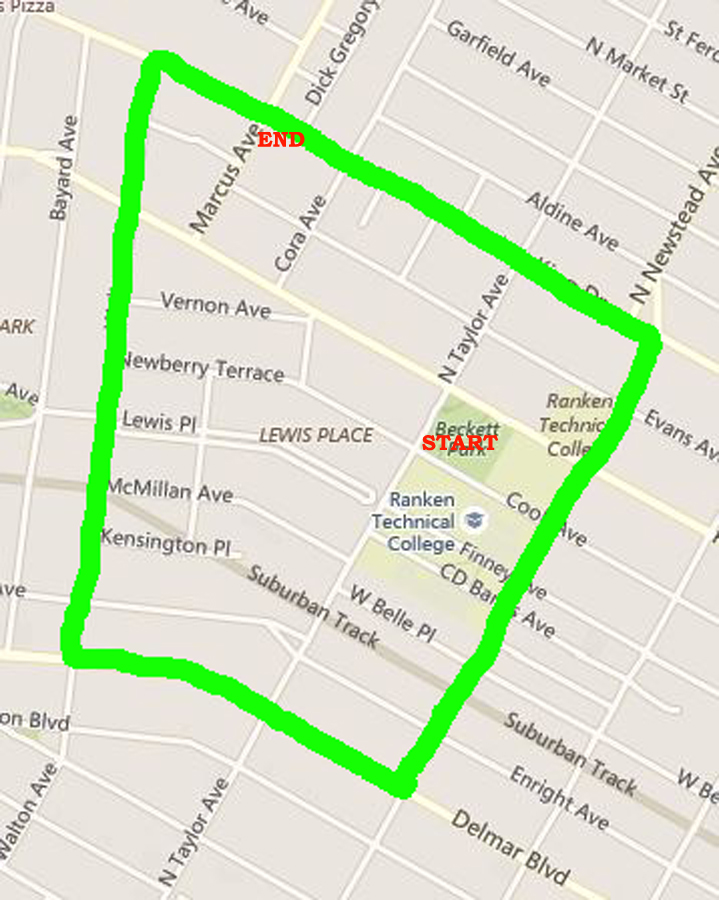