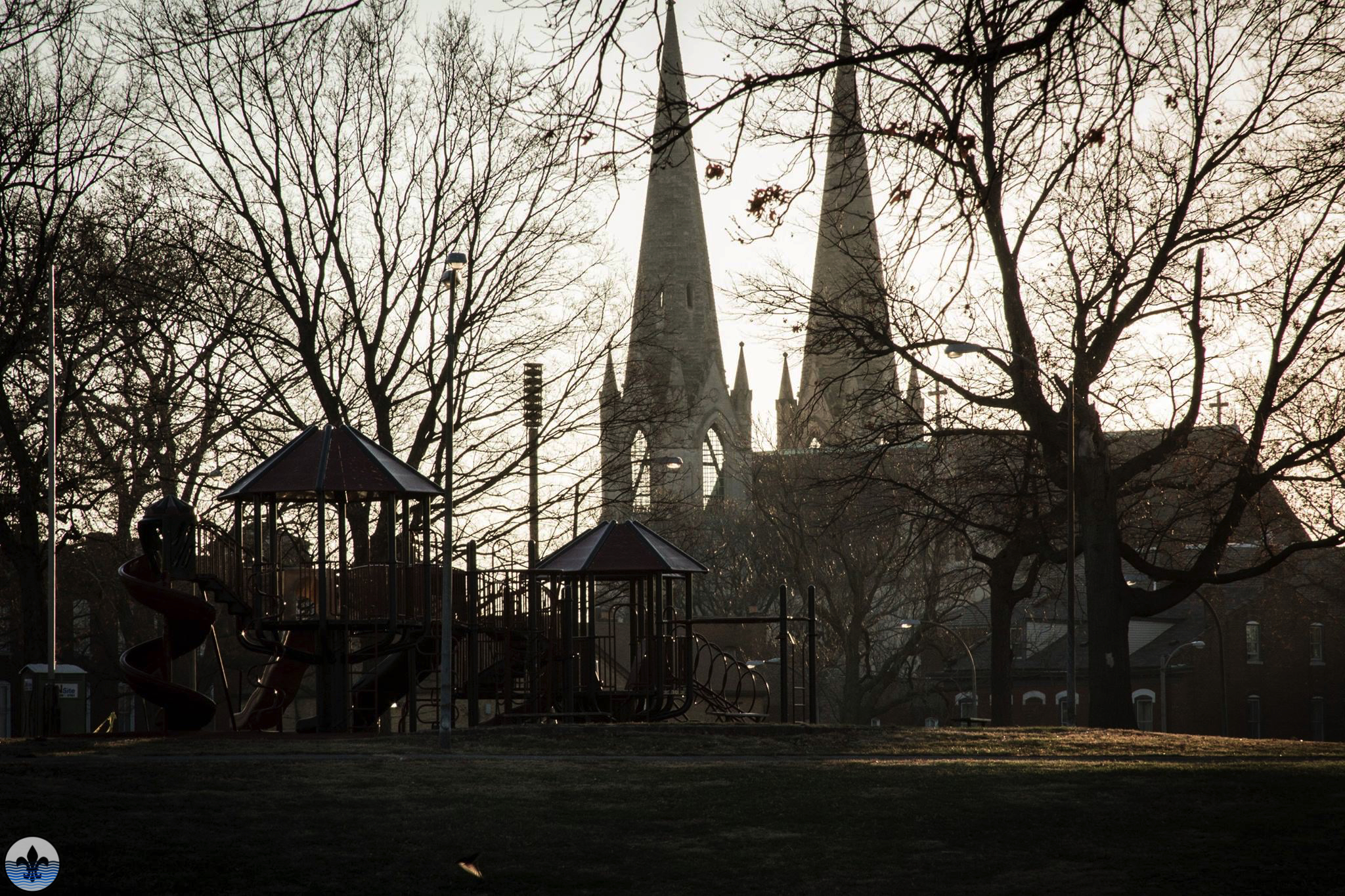 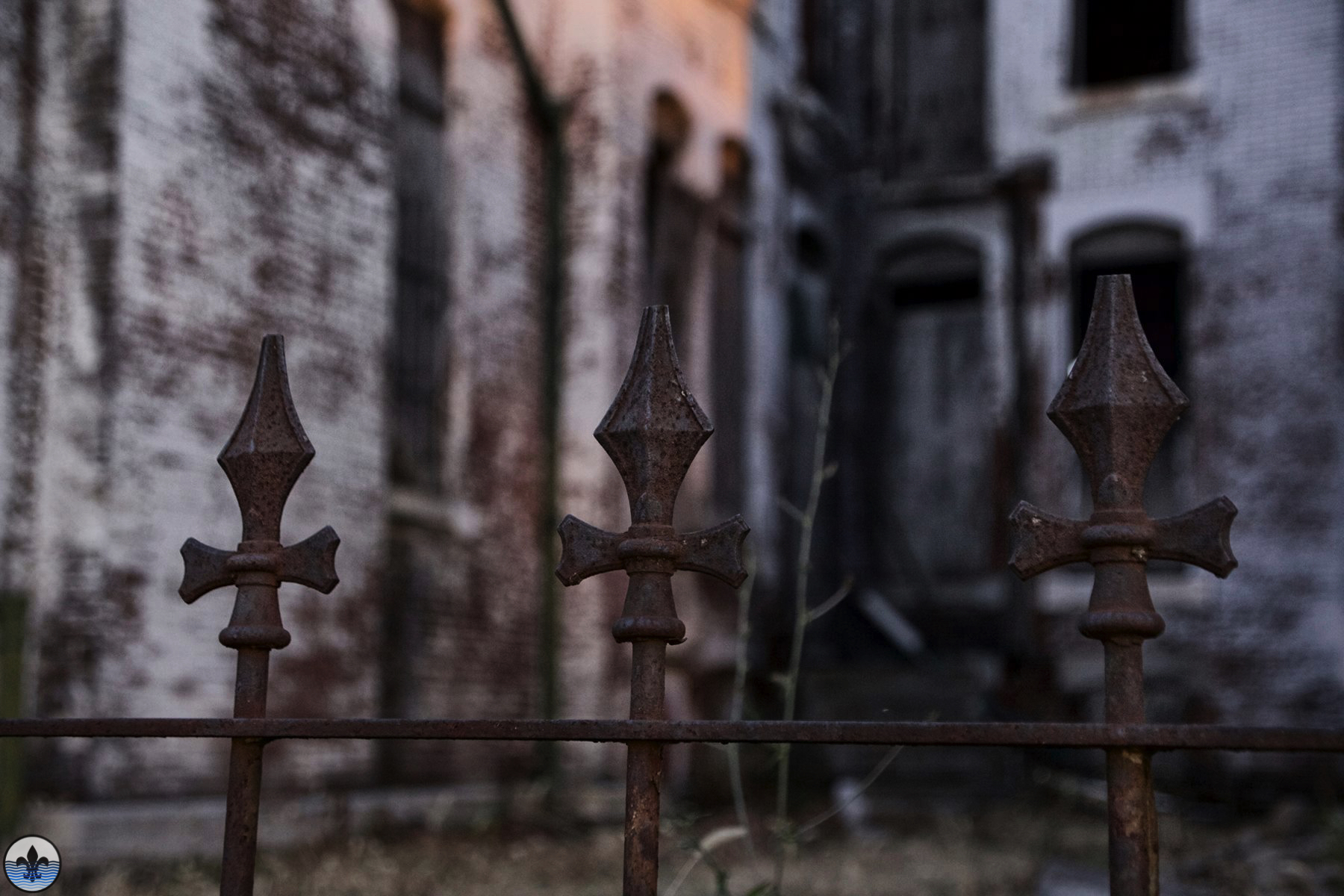 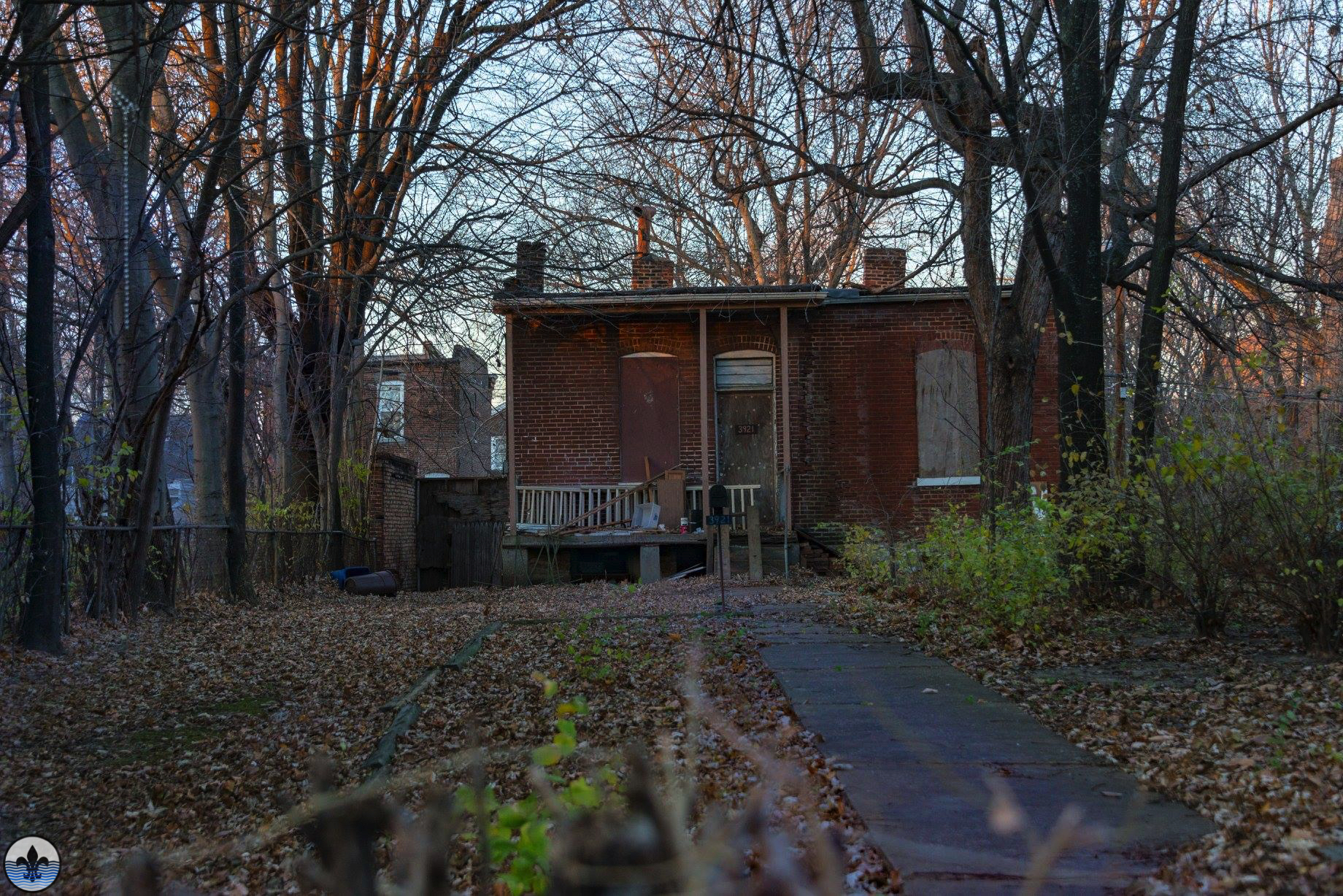 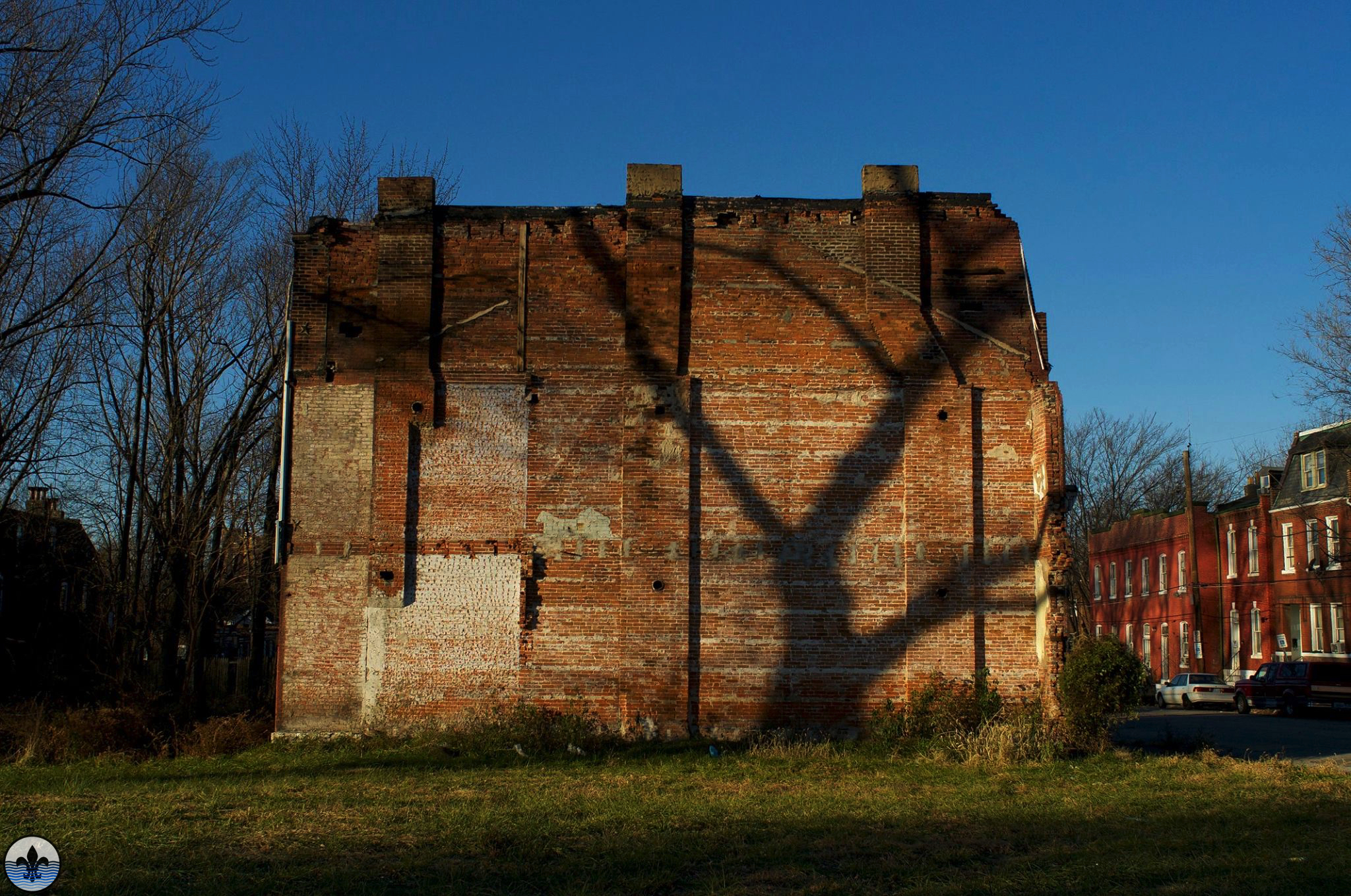 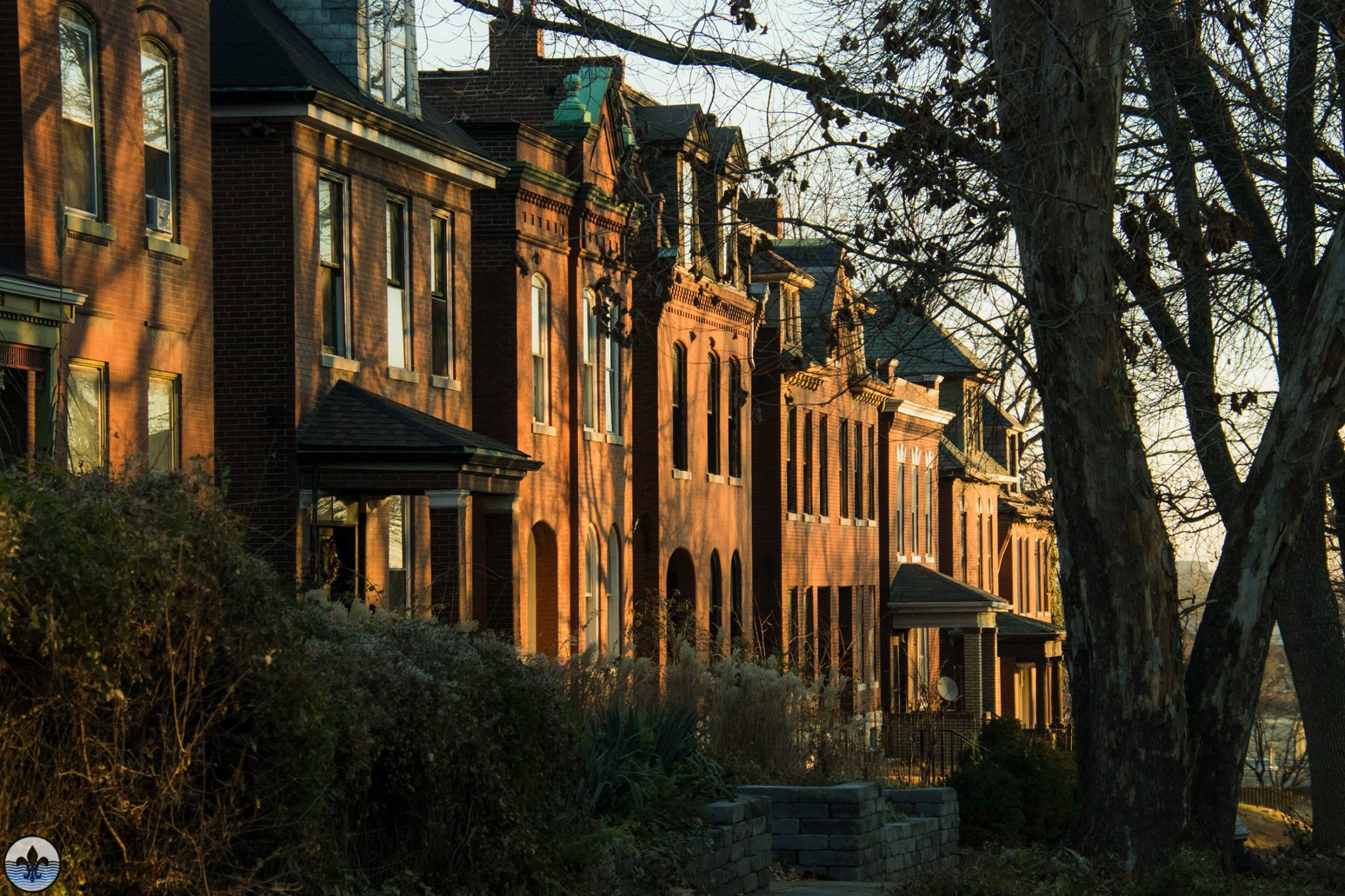 Following territorial expansion brought about by the Louisiana Purchase, residents of the eastern United States began to settle west of the Mississippi en masse in the early 19th Century, including those that would form the town of North St. Louis (adjacent to current Hyde Park). The success of North St. Louis (now Old North St. Louis), as well as the plentiful natural resources of the surrounding countryside prior to development and the relatively cheap cost of owning land, helped to attract German immigrants newly arriving to the Midwest. From this beginning, Hyde Park originated in the mid-1800’s as a quaint riverside community, called  Bremen or New Bremen as an ode to the German origin of its primary residents.

A PFSTL Member and our Social Media Manager, Michelle Bates shared that her grandfather emigrated from Germany to this neighborhood. Though later than outlined above, it just goes to show how significant Hyde Park remained to Germans coming to St. Louis, even after World War I. Michelle has very generously supplied his citizenship document, which shows his Hyde Park address. The two Google screenshots below that pinpoint where his home once stood, and its closeness to both the Park and Most Holy Trinity Church (both mentioned in more detail further down the article). 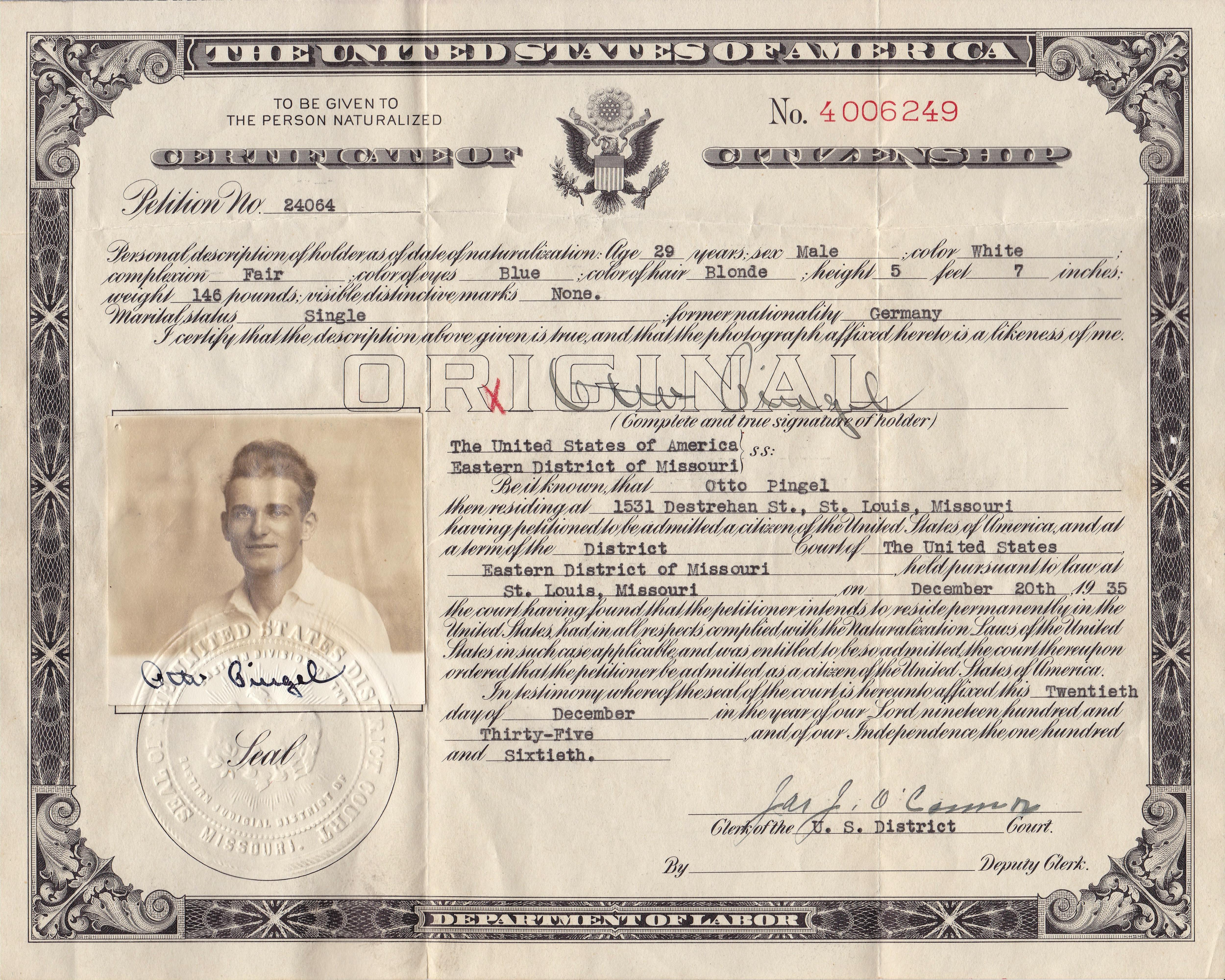 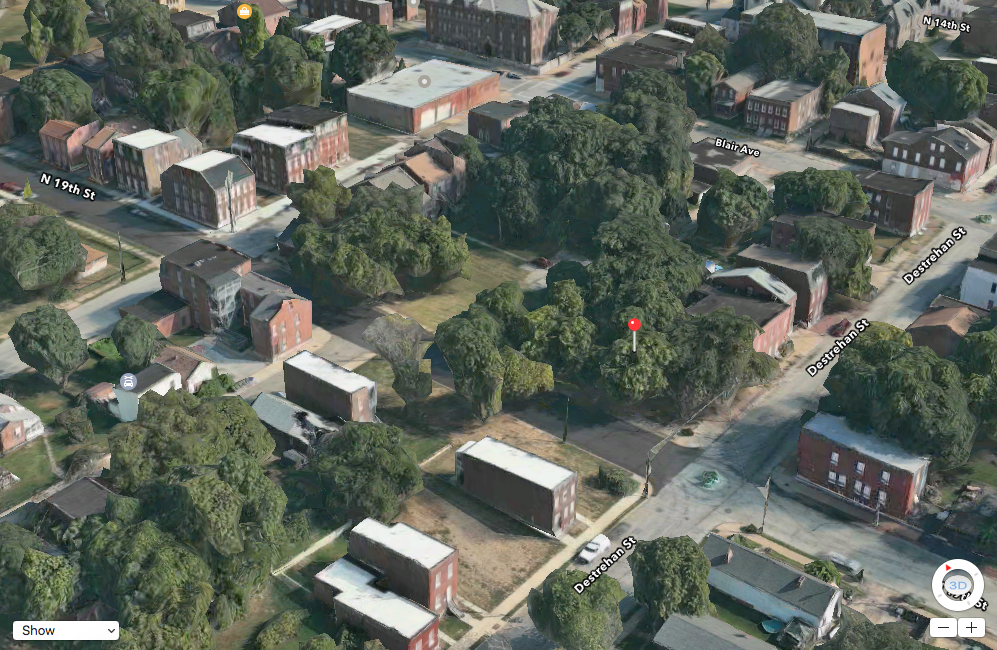 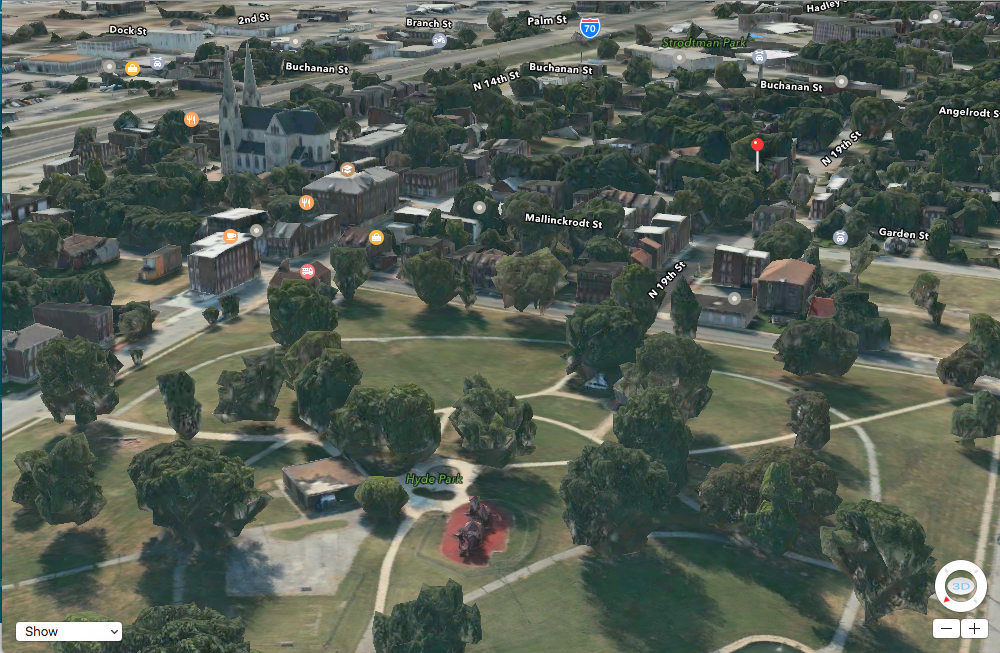 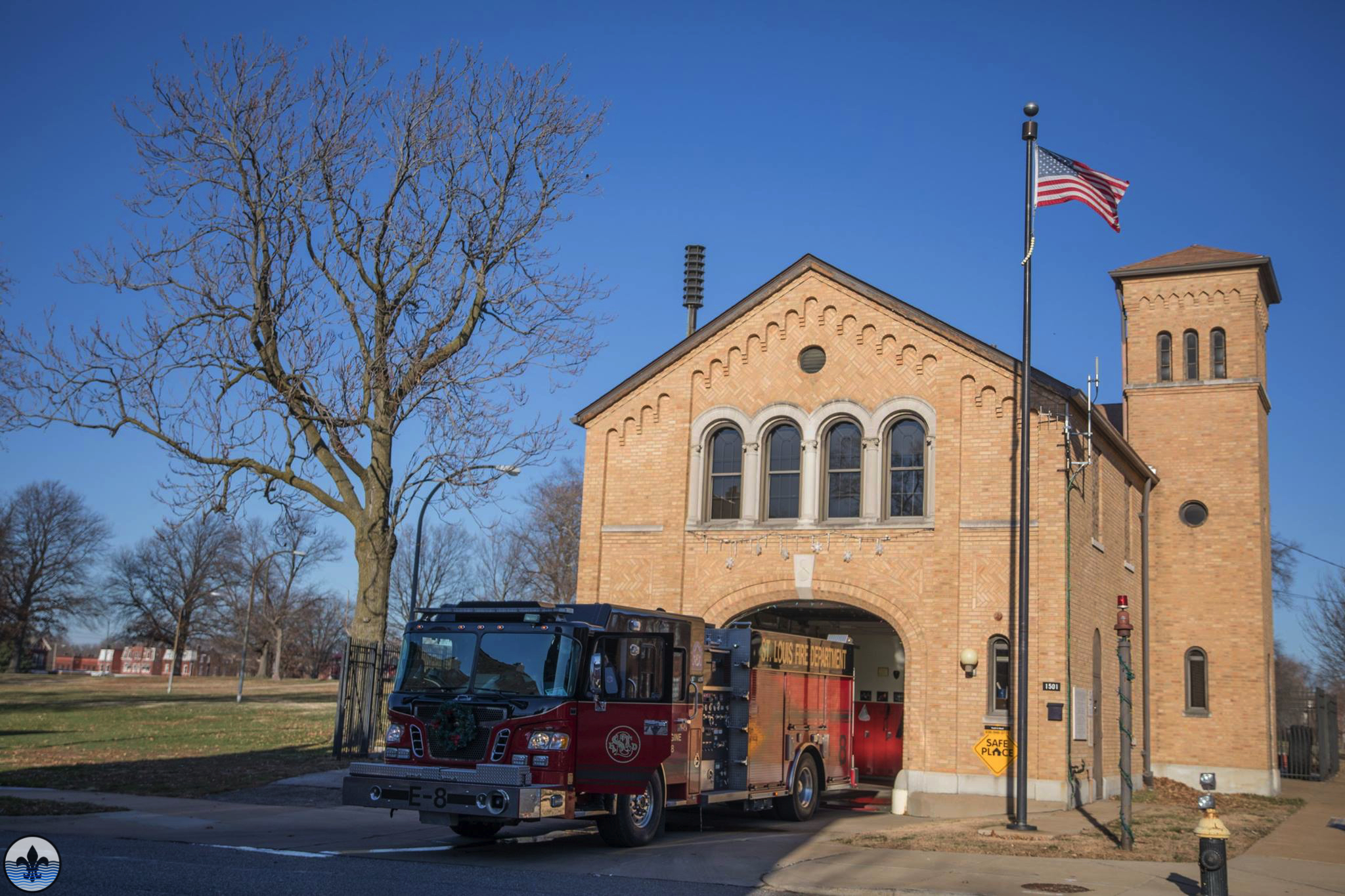 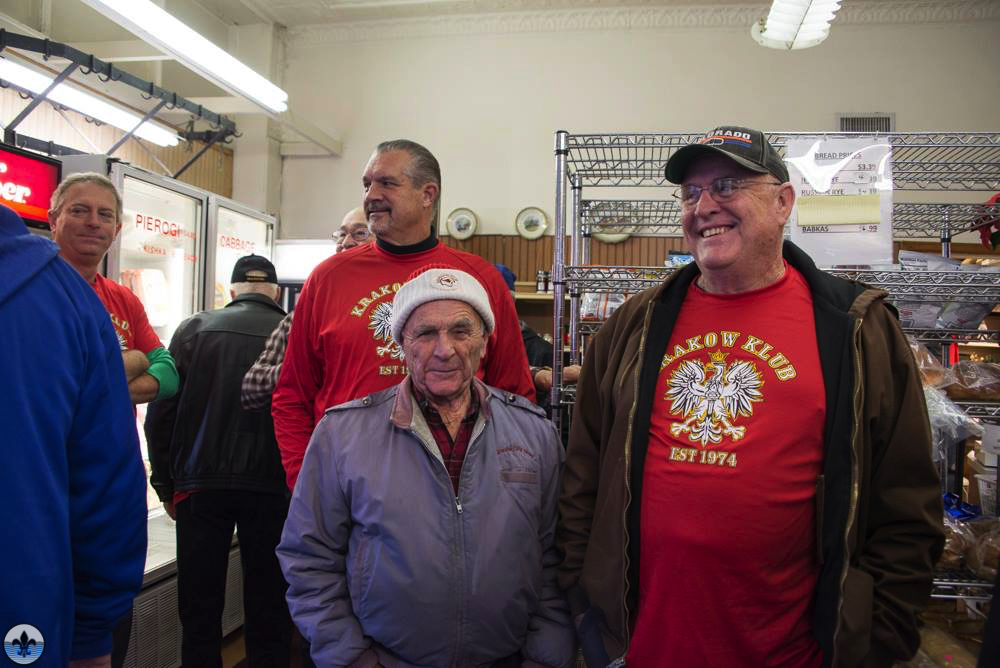 Bremen was officially incorporated on July 16, 1850. During this time, transportation to St. Louis was provided via the city’s earliest sustained public transit line out of Downtown, a horse-drawn omnibus. Broadway, one of the principal trade and military routes north and south of the city also passed through. This easy access to such a major city, a river connection, and an already thriving town just to its south ensured the profitability of manufacturing for Hyde Park, something that would remain assured throughout the next century. In 1856, Bremen was annexed by the city of St. Louis, as the city expanded its borders in three directions, a necessity given the explosive population growth of the region at the time. 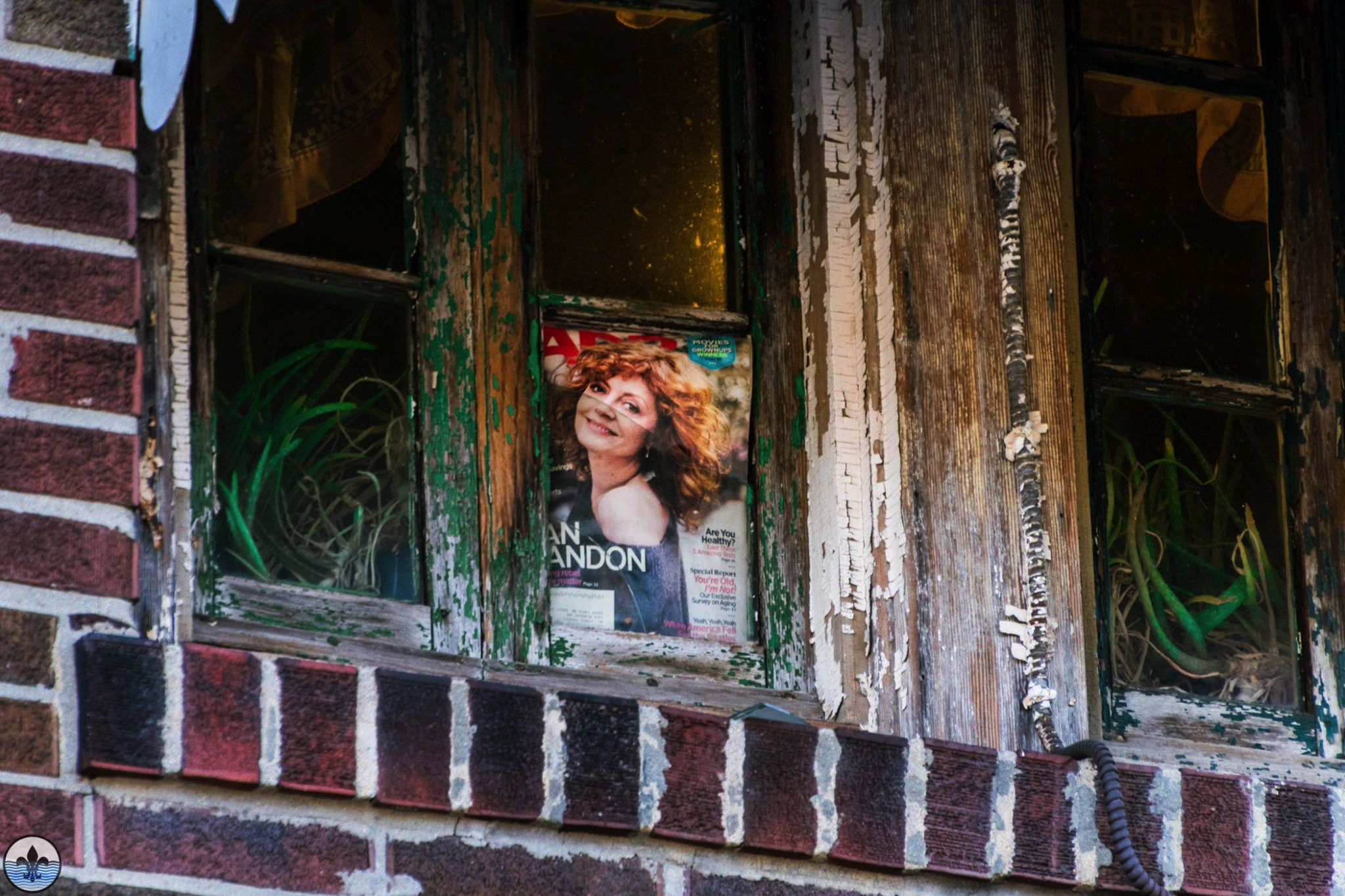 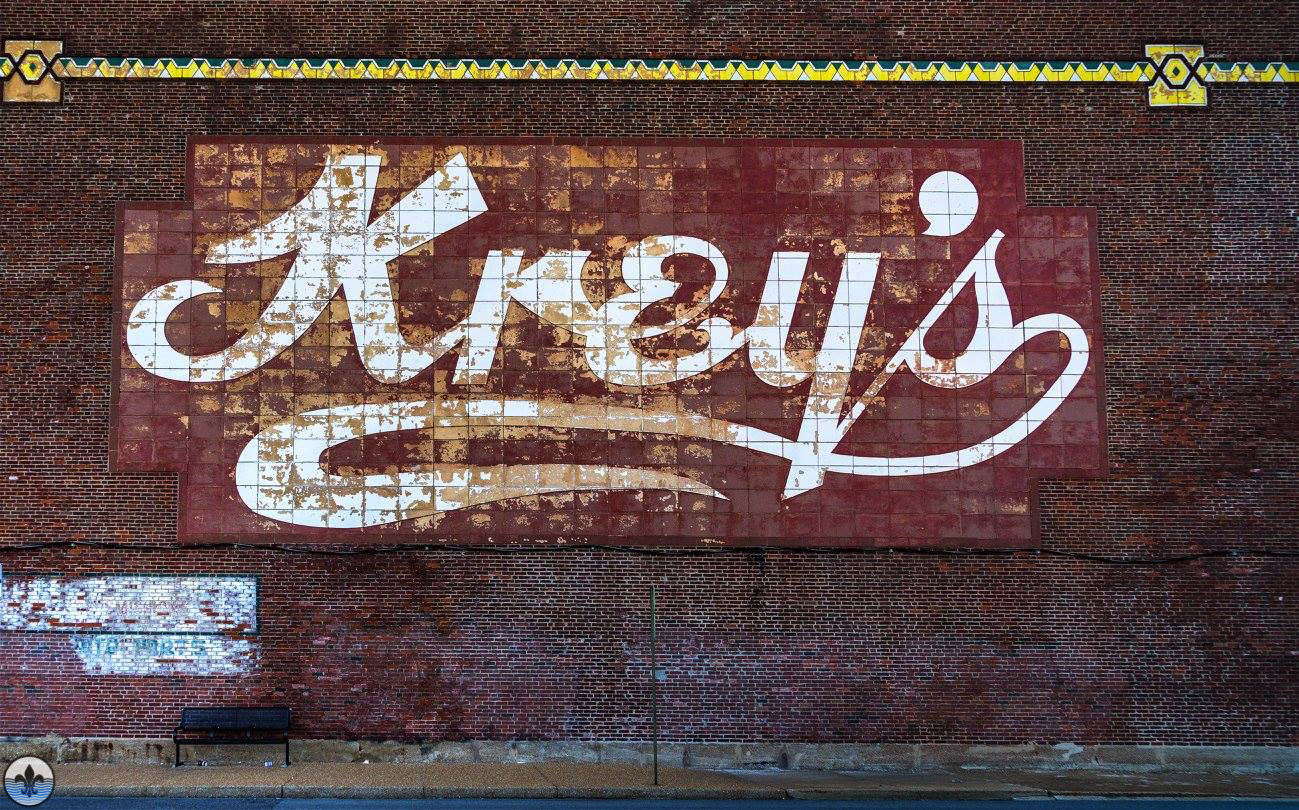 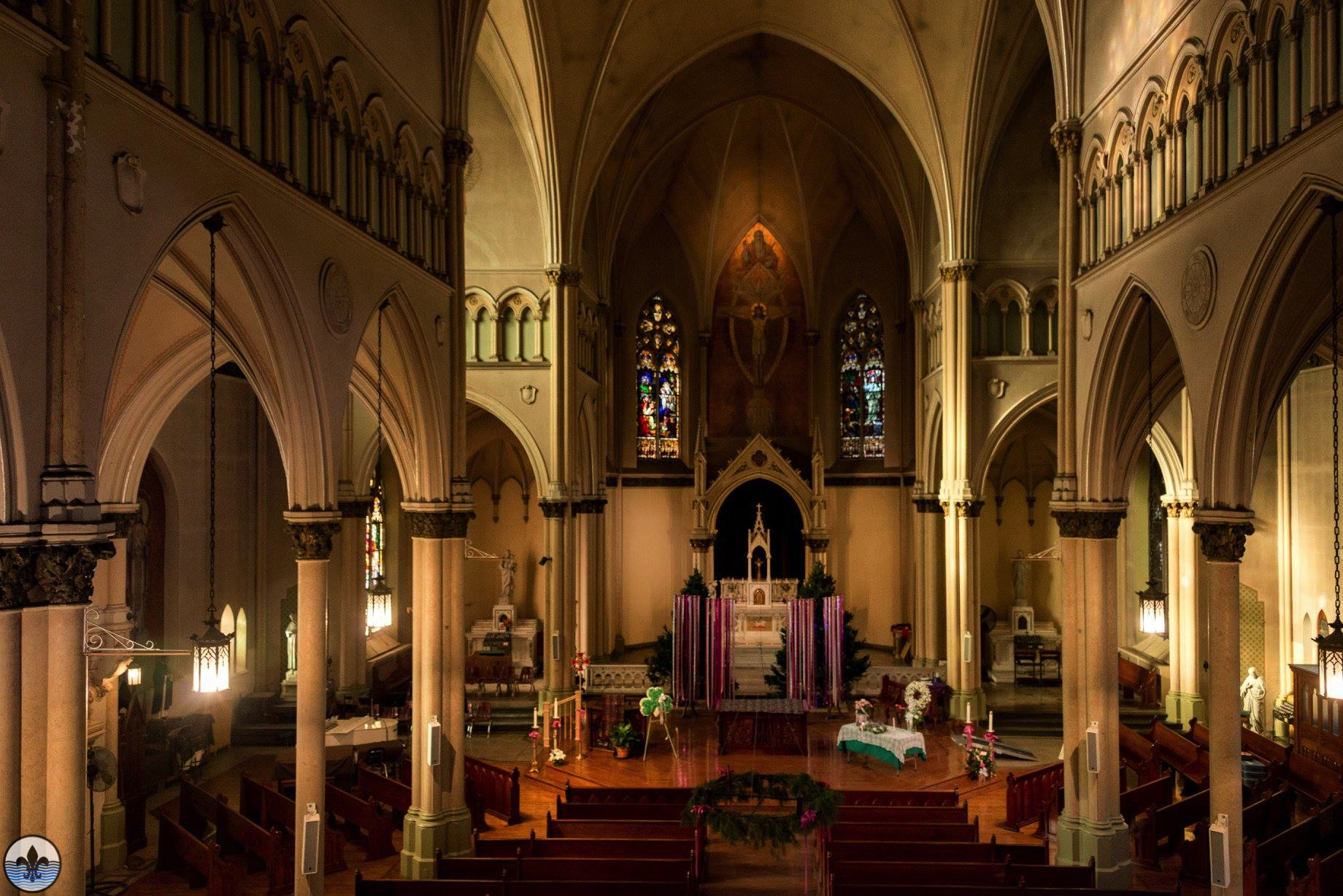 Before 1900, Hyde Park would mature into the neighborhood that is still recognizable today, at least in terms of its building stock. The current Most Holy Trinity, a Catholic church and school drawing together several parishes, was constructed during this time and its twin spires are recognizable throughout the area. Several commercial corridors grew to accommodate the neighborhood’s blossoming middle class population, most of them were defined by multi-story buildings with apartments above the storefronts, giving the streets of Hyde Park something between the feeling of an urban setting and a town square.

Union Stock Yards, the same company that ran the massive livestock pens in Chicago and East St. Louis, opened up a facility along the riverfront as a cattle stockade, and led cows toward their processing in the neighborhood just west of the Park, though perhaps Krey’s is better remembered for this (former residents have described the smell from the facility as unpleasant, but permeating and a common part of life, and also recounted cattle occasionally having gotten loose and roaming the neighborhood).

Perhaps most significant though, was the formation of Hyde Park into a park. Though the name is said to derive from a green space in London (not convinced that this has been fully confirmed), the land for the public park was originally the estate of Dr. Bernard Farrar, one of St. Louis’ earliest physicians who succumbed to cholera during its most severe, local outbreak in 1849 (his wife sold the parcel to the city in 1854, making Hyde Park one of the oldest extant public parks on the northside- the Farrar mansion, once on the Park grounds and a center for community events, was razed by the city in 1870). Hyde Park remains as the communal centerpiece for the neighborhood with many of its most stately remaining homes and best preserved commercial buildings surrounding it. The Park would lend its name not just to the neighborhood, but also to Hyde Park Brewery. Founded in 1876, Hyde Park Brewery was one of the few St. Louis breweries to survive prohibition, is said to be the first brewery to sponsor a television program, and even brewed Stag (long a staple of the pub-going, working class) for a short while before closing.

As mentioned previously, before the Interstate cut it off, the neighborhood extended all the way to the River. To read more on the development of commerce in that section, check out our post on Near North Riverfront. 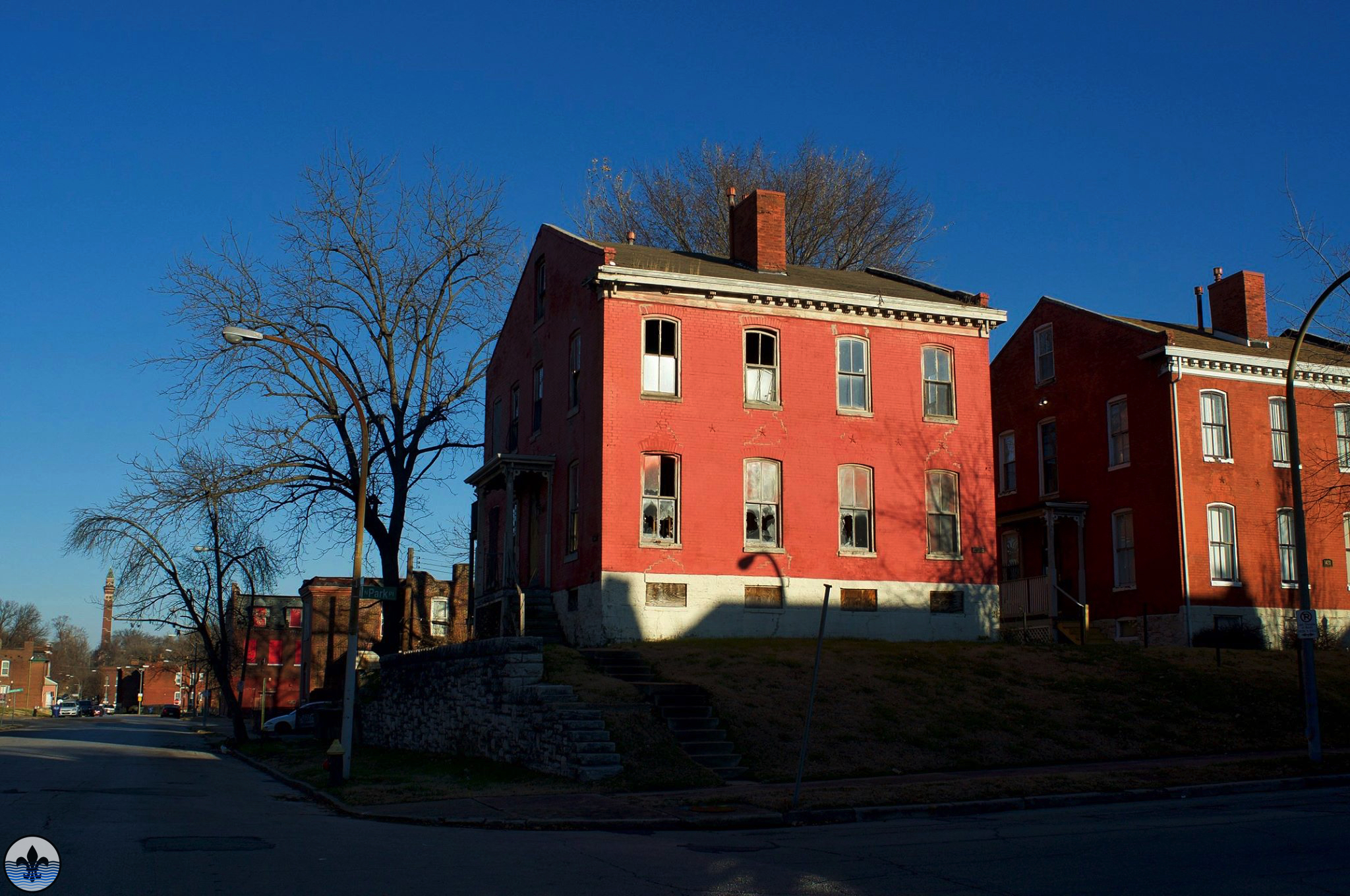 If you have read many of our articles, you know that there is a point in most of them when we transition from describing a neighborhood’s heyday to summarizing its decline. Some of these stories have happy endings, but most do not. St. Louis is a city in need of reinvention; not in the sense of the monumental one-fit solutions currently proposed or recently passed, but more in terms of its psyche. St. Louis is a city of many divisions, and it has long been that way. Those divisions are a big aspect of how many parts of the city fell into the shape that they are in, and until we are able to build bridges across those divisions (if not mend the scars caused by them), St. Louis will never be a healthy, prosperous city for all of its residents.  The following is a short statement by one of our members who grew up in Hyde Park, who can extrapolate the conditions behind the decline of the neighborhood better than we could on our own. 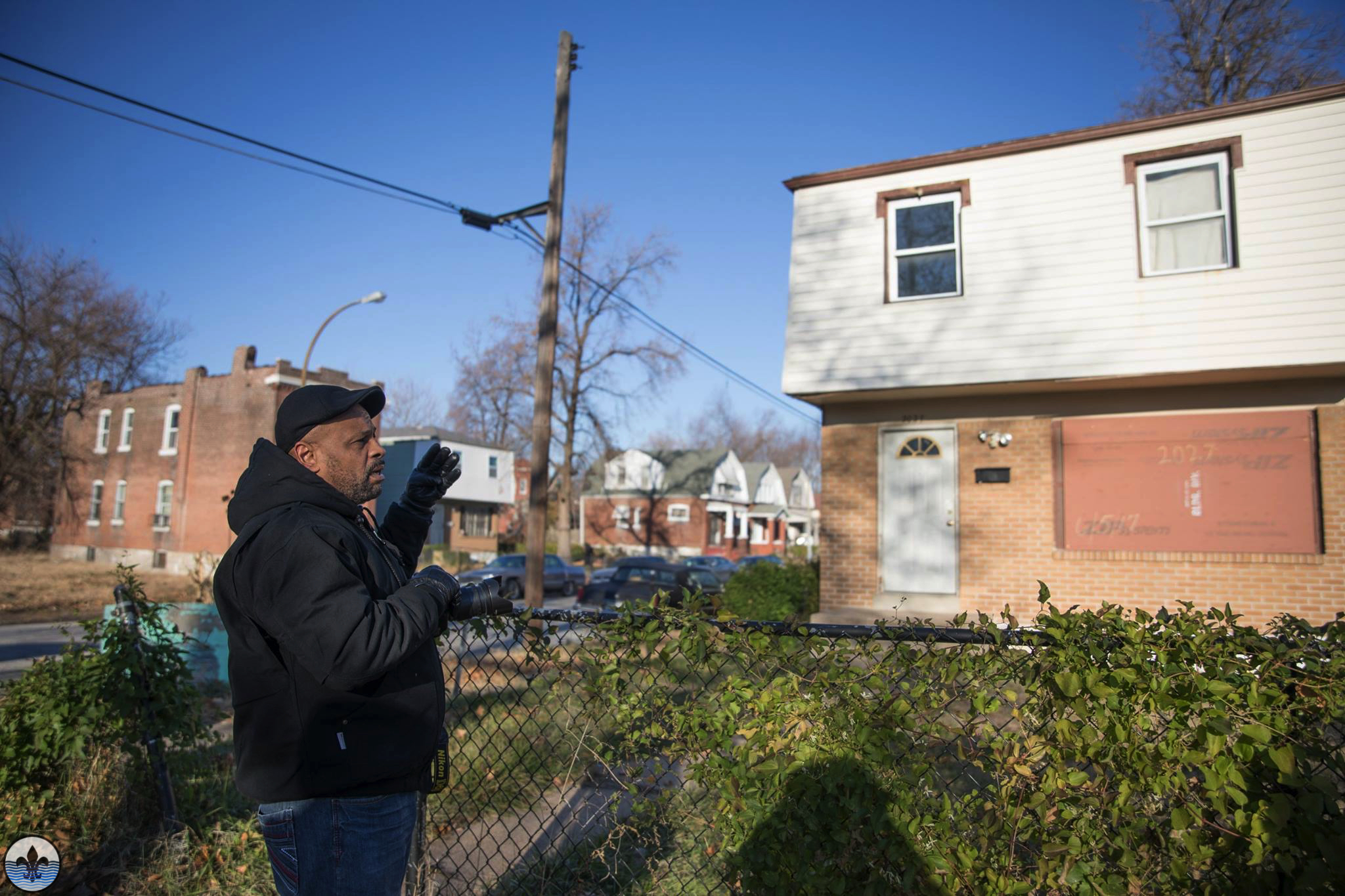 “My childhood memories of the Hyde Park neighborhood bordered on salvation from Kinloch. We moved into the neighborhood in the summer of 1975. A single mother and 7 children. I was #4. By the end of the day we were out on the side of the house making friendships that would last a lifetime. The neighborhood was a nice middle-class area. Much more diverse than previous areas we grew up in. There were many businesses operating within a few blocks of the house. Parks, schools and grocery stores were all in walking distance. There were even fast food restaurants and an ice cream stand. Everything a kid/family could want.

As a kid, there were so many things we did for fun. There were community centers that would provide supervision for the latch-key children. There were arts and crafts, organized sports and daily mentoring [options]. In the evenings, we played hide and seek, dodge ball, football and baseball. We built go carts, club houses and played in the water hydrants for hours. We had block parties that were peaceful gatherings. Kids from surrounding neighborhoods were always welcome to celebrate with us at any time.

With the integration of public schools and bussing, it gave us children an opportunity to establish friendships that spanned across the entire city and county. We would meet up at local roller skating rinks and movie theaters to socialize and have fun. I have vivid memories of summer carnivals with games and rides. ‘Afro Day in The Park’ was the biggest and best summer celebration ever!

In the late 70’s-early 80’s, the neighborhood began to change. Businesses began to close and many residents packed up and moved. Vacant houses and drug dealers became the norm. It pains me to see this once vibrant community so run down and desolate.” 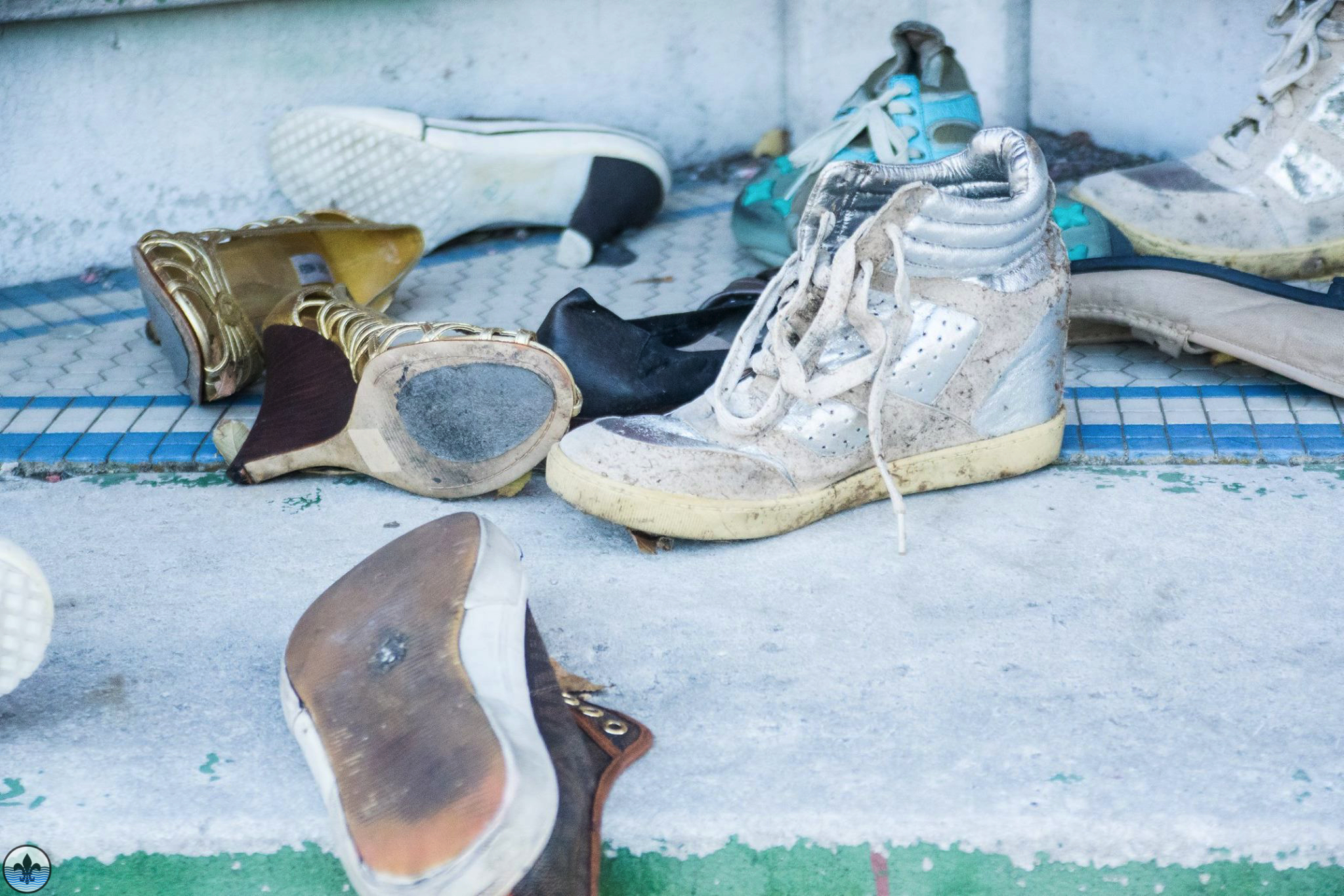 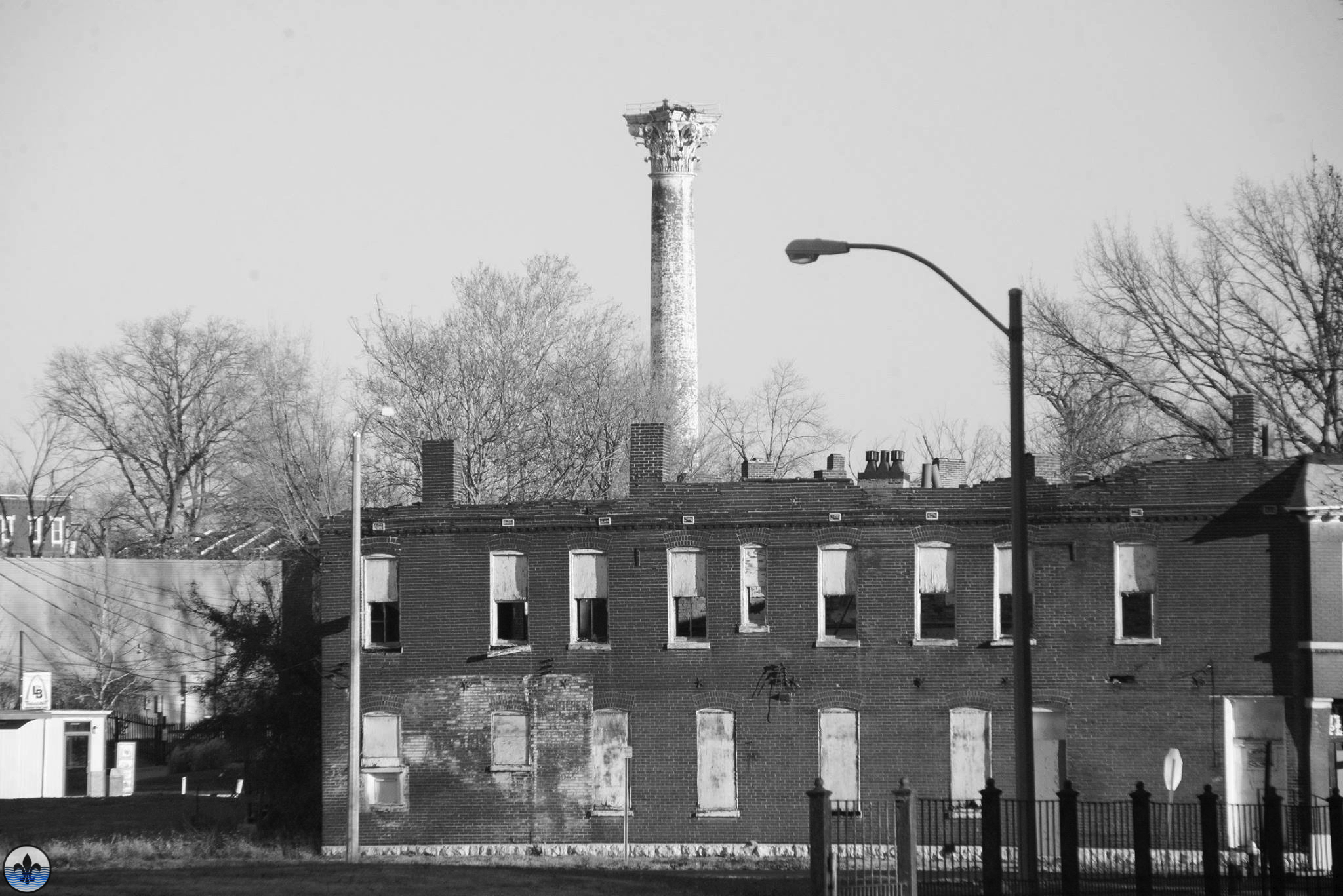 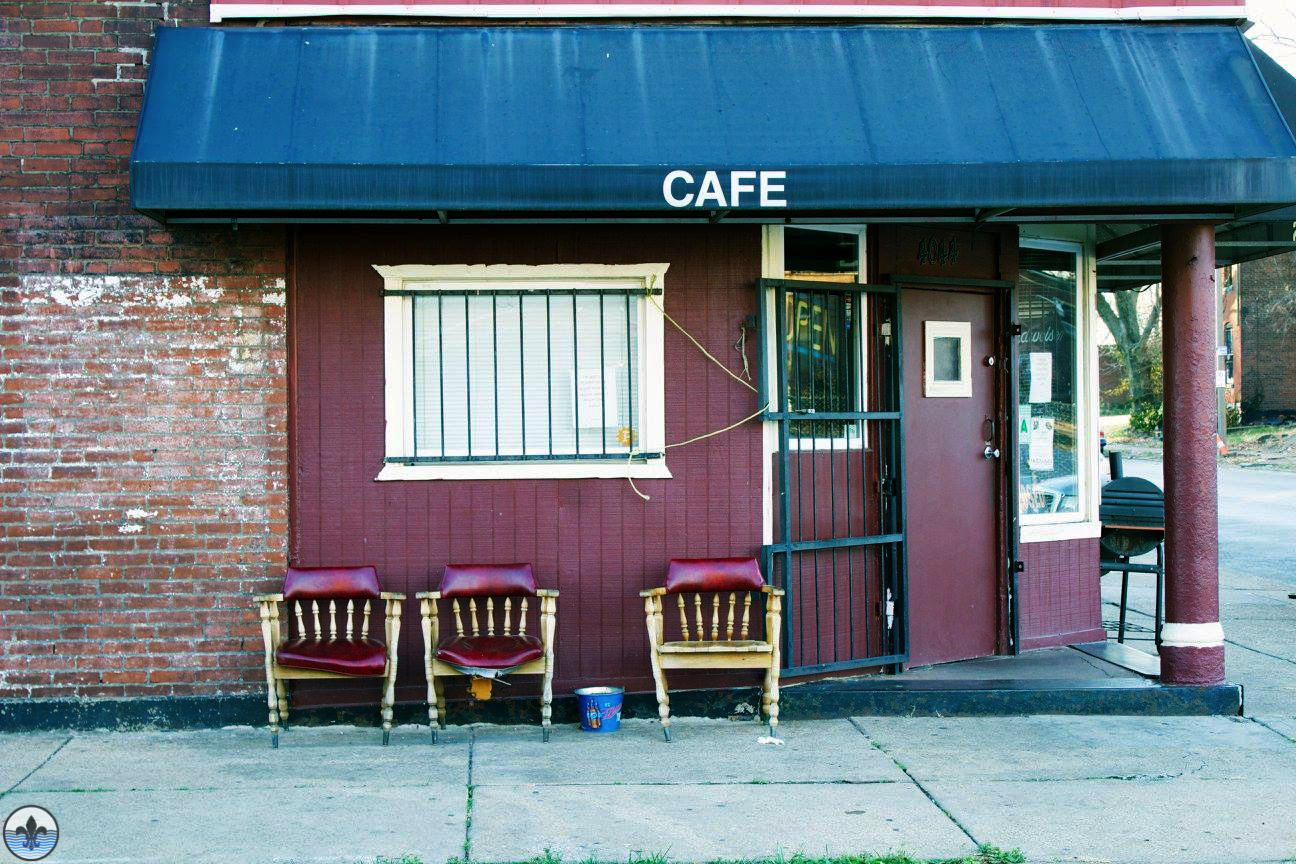 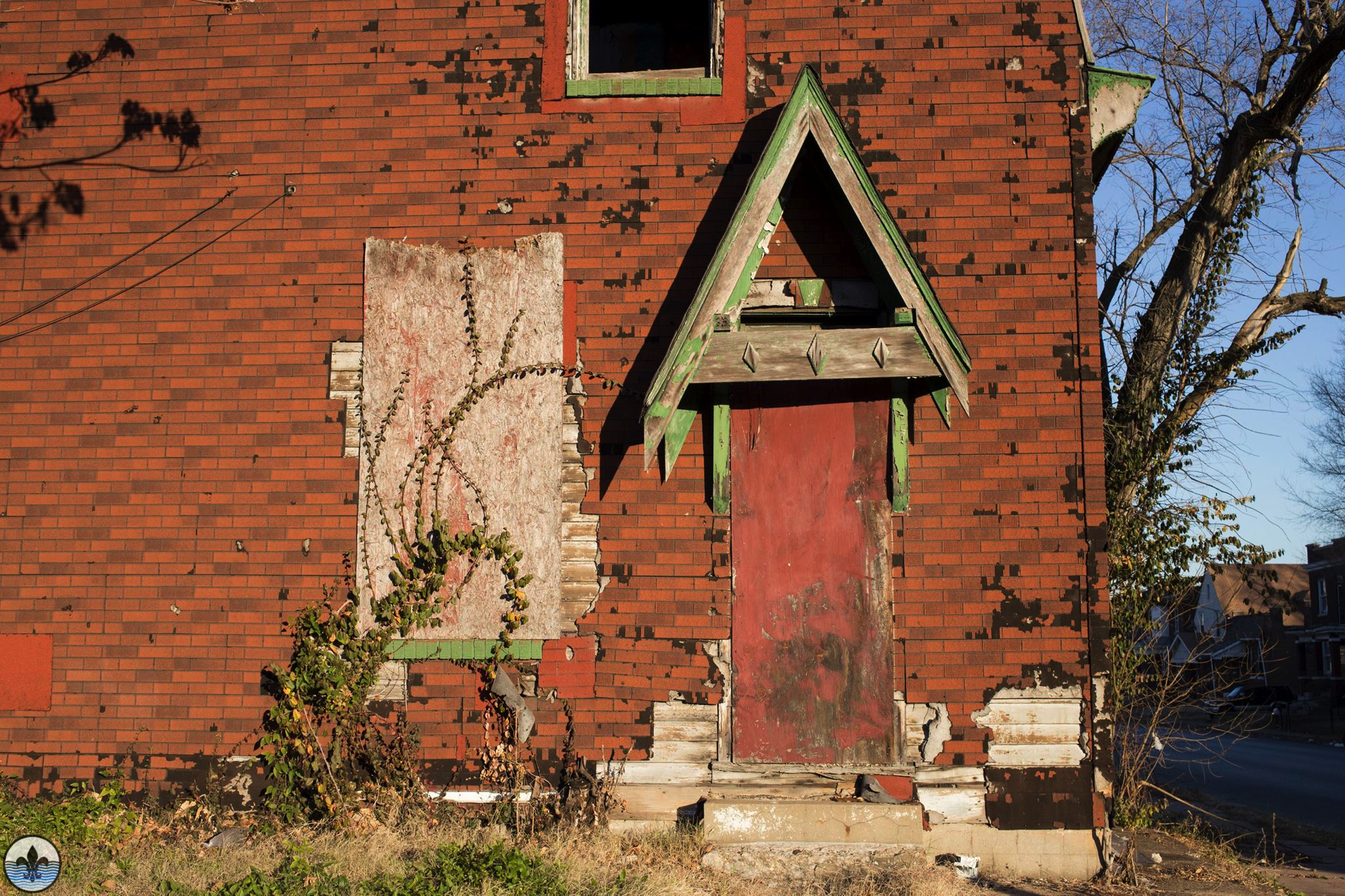 Today, Hyde Park is in a tough spot. It has had small ripples of recovery, some perpetuated by the revitalization of Old North to its south, but those have failed to wash fully over the neighborhood (though the city unveiled a master plan for revitalization in 2007). Meanwhile, the community continues to lose some of its most historic properties to fire, brick theft or other factors of blight. Still, there are bright glimmers of hope, some in the neighborhood’s dedicated community organization, and Hyde Park unmistakably remains as one of St. Louis’ most beautiful areas (not just on the northside): a testament to an age that embraced a modest elegance, hard work, and the determination of a German people and those that followed in their steps. 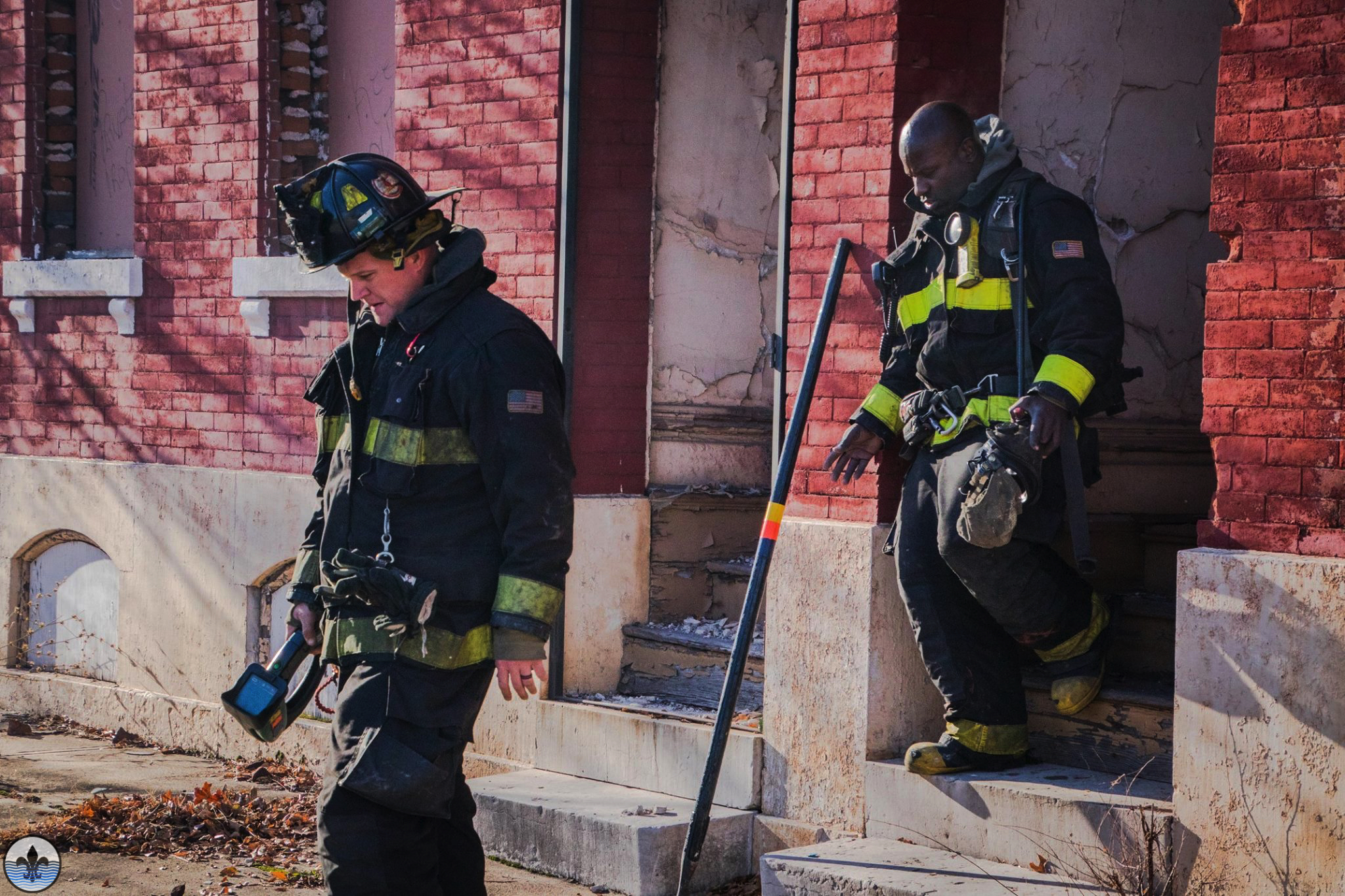 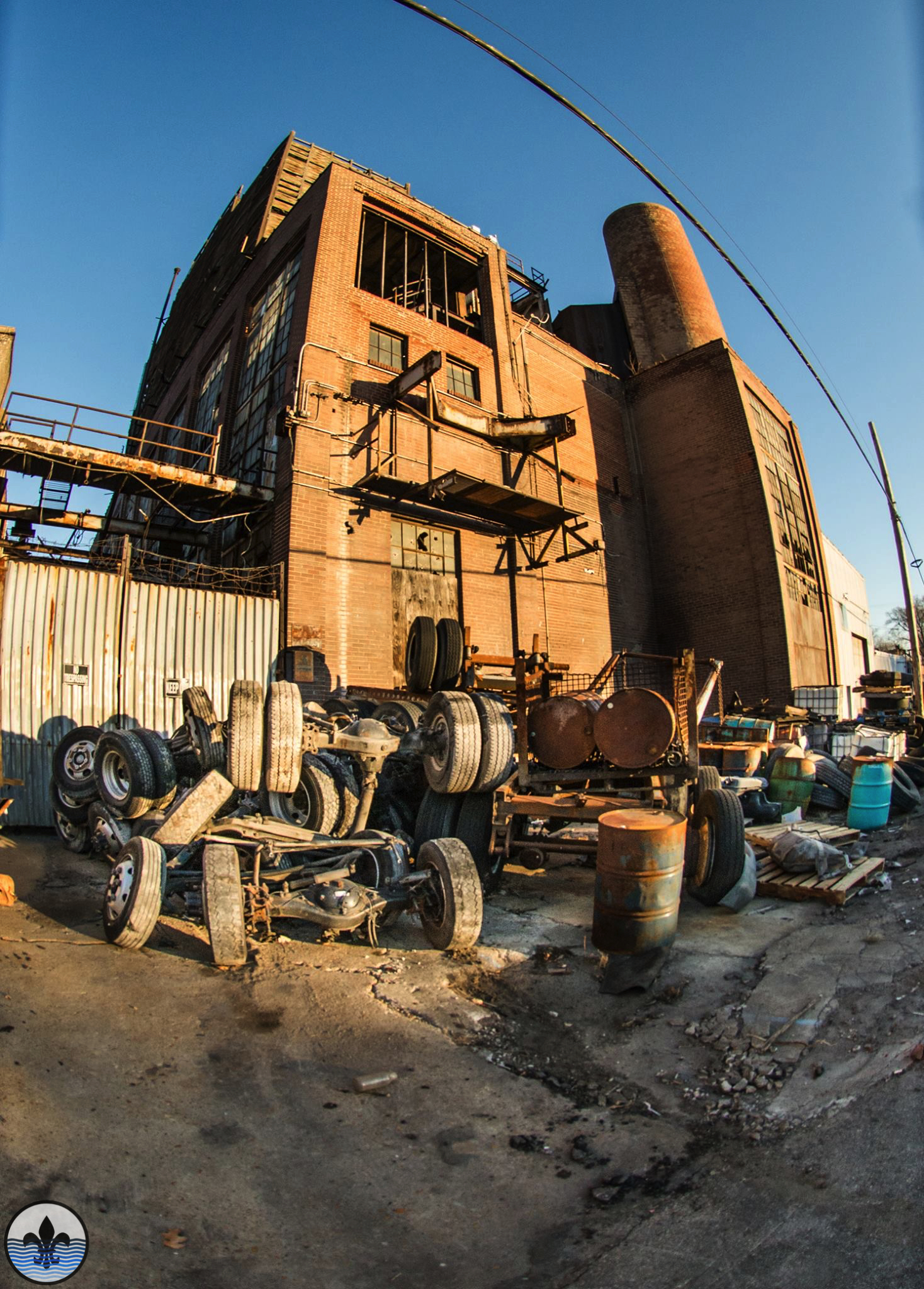 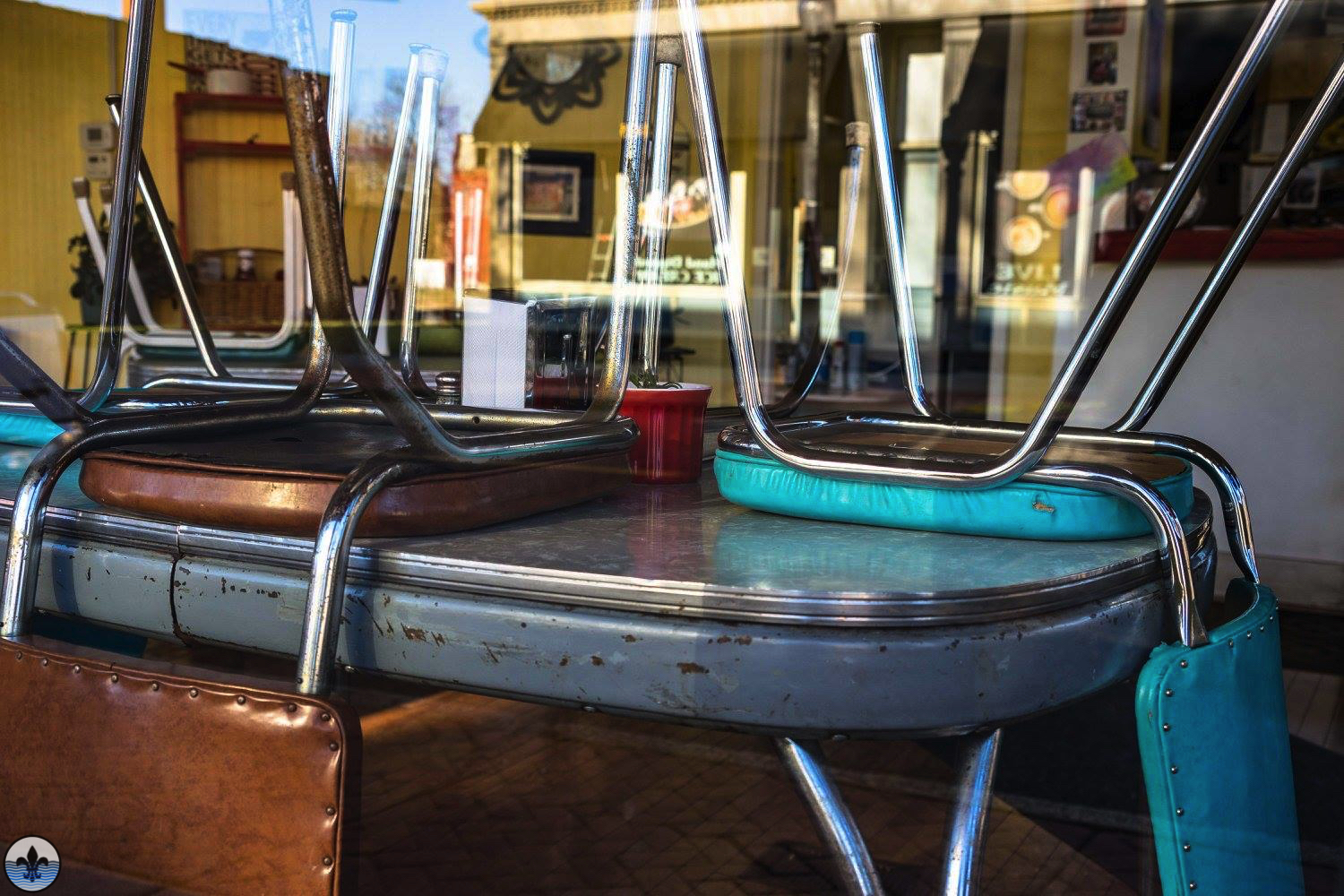