Castlewood State Park is a hiking and biking destination not far from downtown St. Louis. Long ago, the area that is now the park was used as a bucolic retreat from life in the city. Visitors reveled here well into the 20th century, when speakeasies and dinner clubs sprouted along the bluffs of Castlewood. These, of course, are now long gone, but the immense, natural beauty that originally lured visitors remains steadfast. 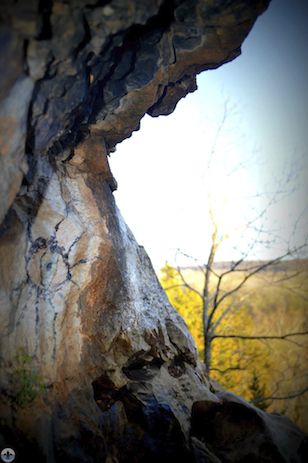 In Missouri’s colonial years, land grants were issued to early settlers alternatively by the French or Spanish monarchies, depending upon who currently owned the territory. Although land disputes did arise following the United States’ acquisition (and subsequent surveying) of the Louisiana Territory, many of the original territorial claims were eventually acknowledged and upheld, probably because those land grantees were usually powerful and influential figures within the community. This is why certain Missouri land plots, typical along river systems, break from the Jeffersonian grid that was employed after 1803. Understanding this, the land forming the core of what is now recognized as Castlewood State Park was first granted by the Spanish to Joseph Keiffer, namesake of nearby Keiffer Creek. Over the next century, the land would pass through the hands of several owners, some individuals and some businesses. 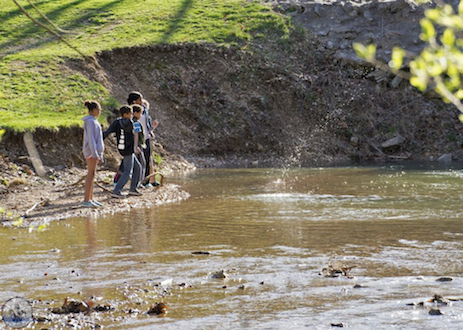 In 1915, the Meramec Realty Company developed the property into a resort community with a complex of some 250 recreational buildings. Castlewood, the resort, benefitted from the presence of the Missouri-Pacific Railroad, which wound its way along the base of the river bluffs on its journey west. The Castlewood Station is visible in the historic photograph below.

From the station, a grand staircase elevated visitors to the assortment of hotels and dancehalls at the top of the cliffs: 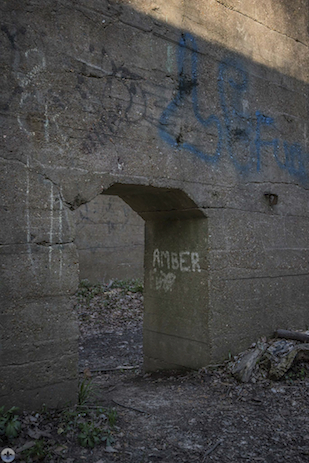 During Prohibition, the seclusion of Castlewood helped to make it a center for speakeasies. Noted St. Louis mafia members have been linked to the Castlewood bootlegging operation, and are said to have even owned property nearby. For this reason, the area continued to thrive during the country’s economic Great Depression. After the Depression, many of the speakeasies were converted into legitimate taverns. 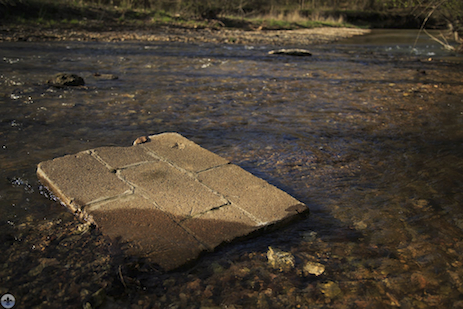 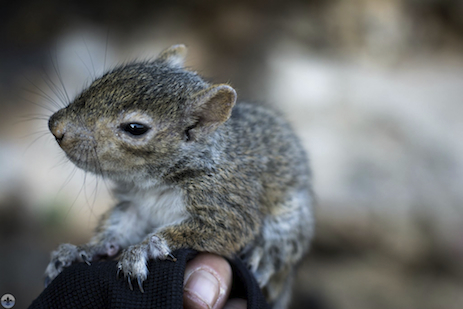 Simultaneous to the area’s nighttime activities (including live music, parties, drinking, and performing skits), Castlewood’s daytime offerings continued to expand. Sports activities, watercraft recreation, picnicking and horseback riding were popular. On Sundays, weekend revelers attended church services put on by the Catholic Corona Club. Lincoln Beach (pictured below) was established south of the train depot, on a sandbar that was the byproduct of an earlier sand and gravel business located nearby. In the early 1940’s, an enormous spring fed pool (pictured below) was designed and added. The pool, Lincoln Beach, and the wide options available for the thrill seeker, ensured that the Resort was packed with as many as 10,000 St. Louisans each weekend, between about 1915-1950. 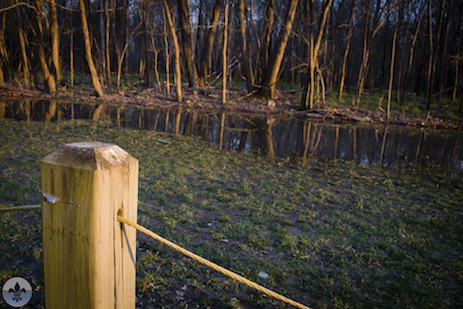 After World War II, the popularity of the Castlewood Resort waned, especially as new cars made it easier for St. Louisans to travel further into the hinterland on weekend trips and air conditioning made escaping the city’s summertime heat less important. During this time, the resort quietly transitioned into a residential enclave. In 1974, the Open Space Council of St. Louis helped to purchase the land for state park designation. In 1975, the Meramec River Recreation Association was established to help protect the sensitive Meramec River corridor from further development or degradation. Due to the passionate involvement of these two groups (and later, Great River Greenways), Castlewood State Park represents a jewel in a network of more than 100 miles of nearly contiguous greenspace along the Meramec River, much of which, like nearby Lone Elk Park, is connected through a system of interlocking trails. While it may be true that most of the site’s vibrant (and sordid!) past has sadly been lost to time, the history of this spectacular place is probably best pondered while atop a pristine limestone bluff, overlooking a broad swath of preserved forest and river basin.