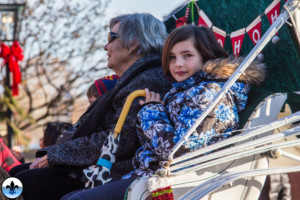 The historic district of Main Street in St. Charles, added to the National Register of Historic Places in 1970, is well-preserved and is worth visiting any time of year.  In fact, we are planning return visits in different seasons.  But it takes on a special character during the Christmas season.  The crowds surge, Christmas decorations appear everywhere, parades are organized, and actors are hired to entertain the children and hand out their trading cards. 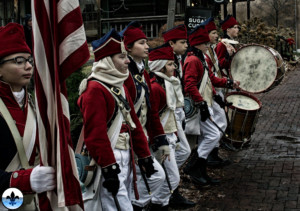 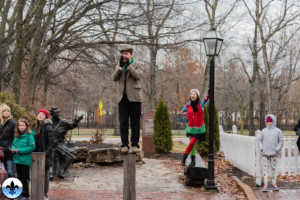 This is the site of the first permanent European settlement on the Missouri River (c. 1769), and of the embarkation of the famous Lewis and Clark Expedition (1804), and of the first state capital of Missouri (1821-1826) (temporarily, while Jefferson City was being constructed for that purpose).

On August 13, 1956, the state of Missouri awarded the first contract based on funding from the Federal Aid Highway Act of 1956.  In the previous street walk (Pestalozzi) we made reference to fact that there have been unintended deleterious side effects of the interstate highway system, which by the way is officially named “The Dwight D. Eisenhower National System of Interstate and Defense Highways.”  It was initiated early in the cold war and partially justified on the grounds of national defense:  It was believed that the system would facilitate troop movements in the event of invasion, and that city dwellers would need quick escape routes into the countryside in the event of a nuclear attack.  Perhaps this helps to explain why the system was implemented so hastily with little consideration of its impact on the fabric of urban landscapes across the nation. St. Louis was hit hard.  However, I-70 is just far enough away that Main Street is unharmed, and close enough that Main Street benefits from the easy access that it provides to visitors.

In fact, the interstate has been a boon to St. Charles city and county, accommodating those who wanted to move further away from St. Louis, in search of greener pastures.  For example, several of us had lunch at Valenti’s Deli on Main Street (which was delicious by the way) and we later learned that it was founded in north St Louis city in 1937, it then moved to north St. Louis county, and then to St. Charles county. 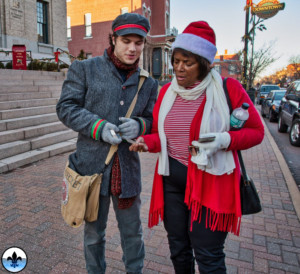 The interstates helped kill the streetcars in St. Louis.  However, on our Delmar Loop walk last summer, we saw that a streetcar line was built to connect the Loop with the History Museum in Forest Park.  Construction began in 2015 after years of planning, and it was originally expected to open in 2016, but it has been plagued by various delays and overruns.  It recently began operation, but accidents and difficulties have continued to attract negative media coverage and fueled public skepticism. 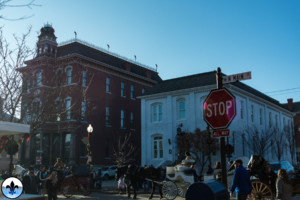 Hindsight is 20/20, but one cannot avoid comparison with the simpler, and thus more economical, already-operational St. Charles trolley, which we observed in operation on Main Street during our visit.  It is built on a truck chassis, so it can run on existing roads.  The cost to the city is $150,000 per year for a 5-mile loop, with no cost to riders.  The Loop trolley, on the other hand, cost $51,000,000 to construct a 2.2-mile loop.  The rider fare will be $2.  The annual operating cost is not known at this writing. 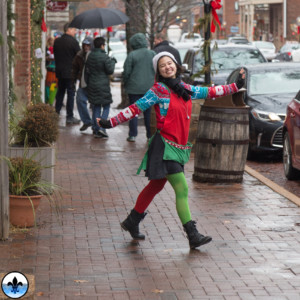 In the movie “Jurassic Park”, the character Dr. Ian Malcolm says: “This isn’t some species that was obliterated by deforestation, or the building of a dam. Dinosaurs had their shot, and nature selected them for extinction.”  In St. Louis, the streetcar species of transportation was selected for extinction by social change and technological evolution, which is resistant to its revival. 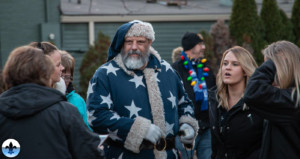 Speaking of rails:  Railroads, while not extinct, are past their heyday, and many rail lines have been abandoned.  Some are being re-purposed as hiking trails.  Such as the very popular Katy Trail State Park, which runs alongside Main Street, only one block to the east.  Edward “Ted” and Pat Jones spent 10 years and $2.2 million to create the trail.  Ted barely lived long enough to see the dream come to fruition, passing away from cancer in 1990, shortly after the opening of the first segment in Rocheport.  Pat passed away only two days after this photo walk. 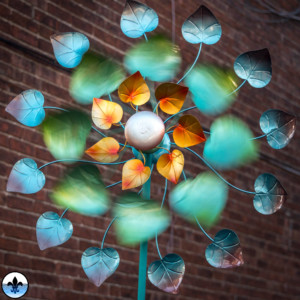 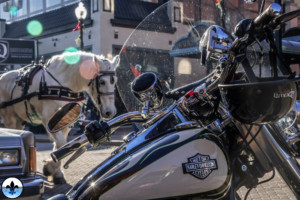 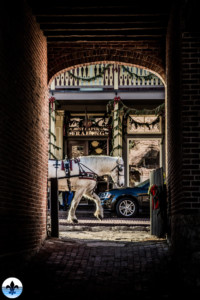 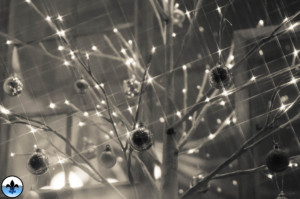 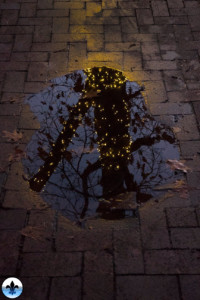 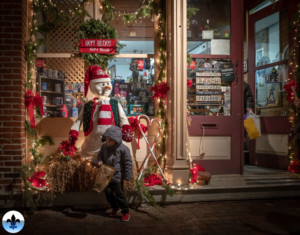 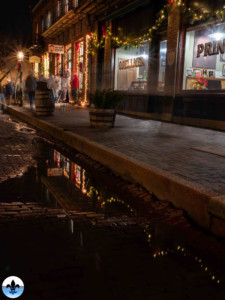 There is the sense that St Charles, unlike some other places, is not entangled in its history.  Rather, history is preserved and celebrated, without impeding progress and prosperity.

There is so much more to see and discuss.  Thus, we will return to Main Street this summer to see it in a different light, and in full bloom.  And we will continue our exploration of its rich history.