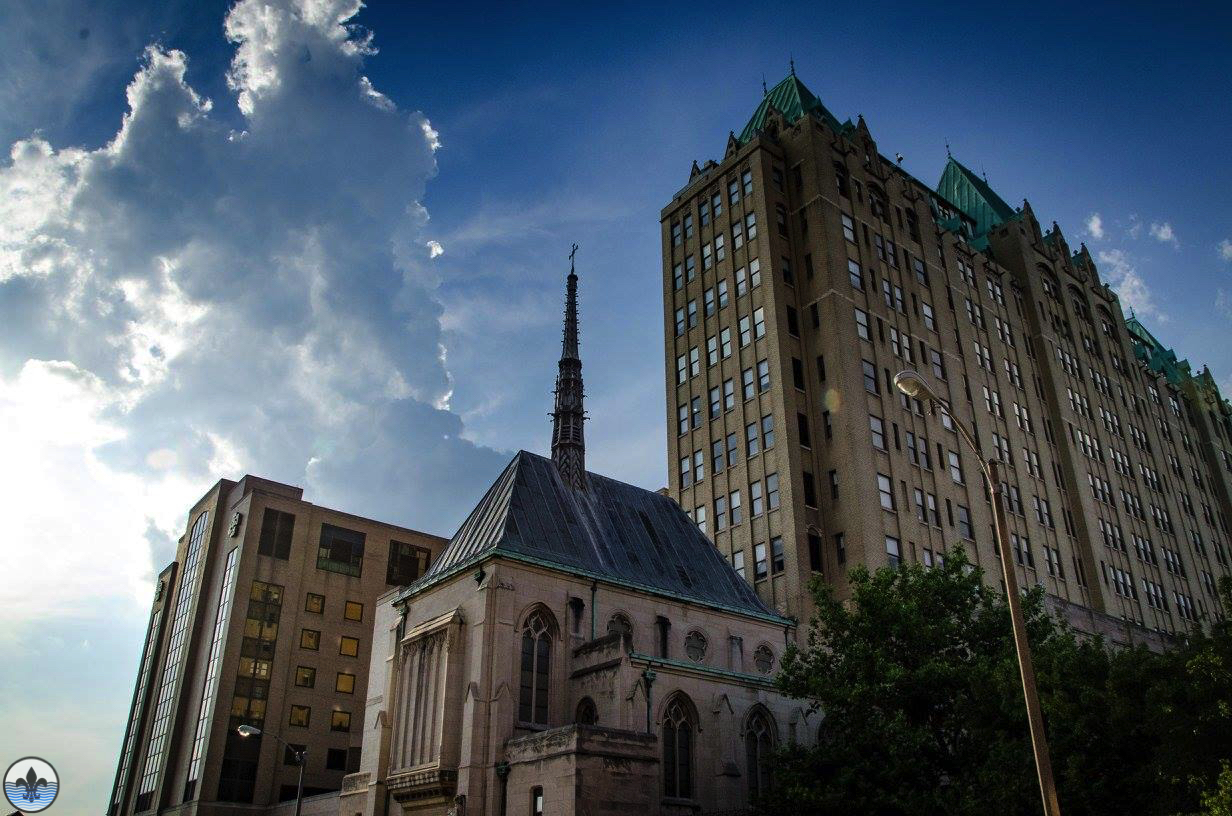 This is the bookend to Botanical Heights of the now infamous redevelopment project north of the Shaw neighborhood. Though a much smaller neighbrohood, Tiffany (named after a streetcar line) possesses one of the city’s most interesting medlies of beautiful older homes and unremarkable newer ones. That is, in what part of the area not owned by SLU (it remains to be seen exactly what the University has in store for the empty plots under its jurisdiction). 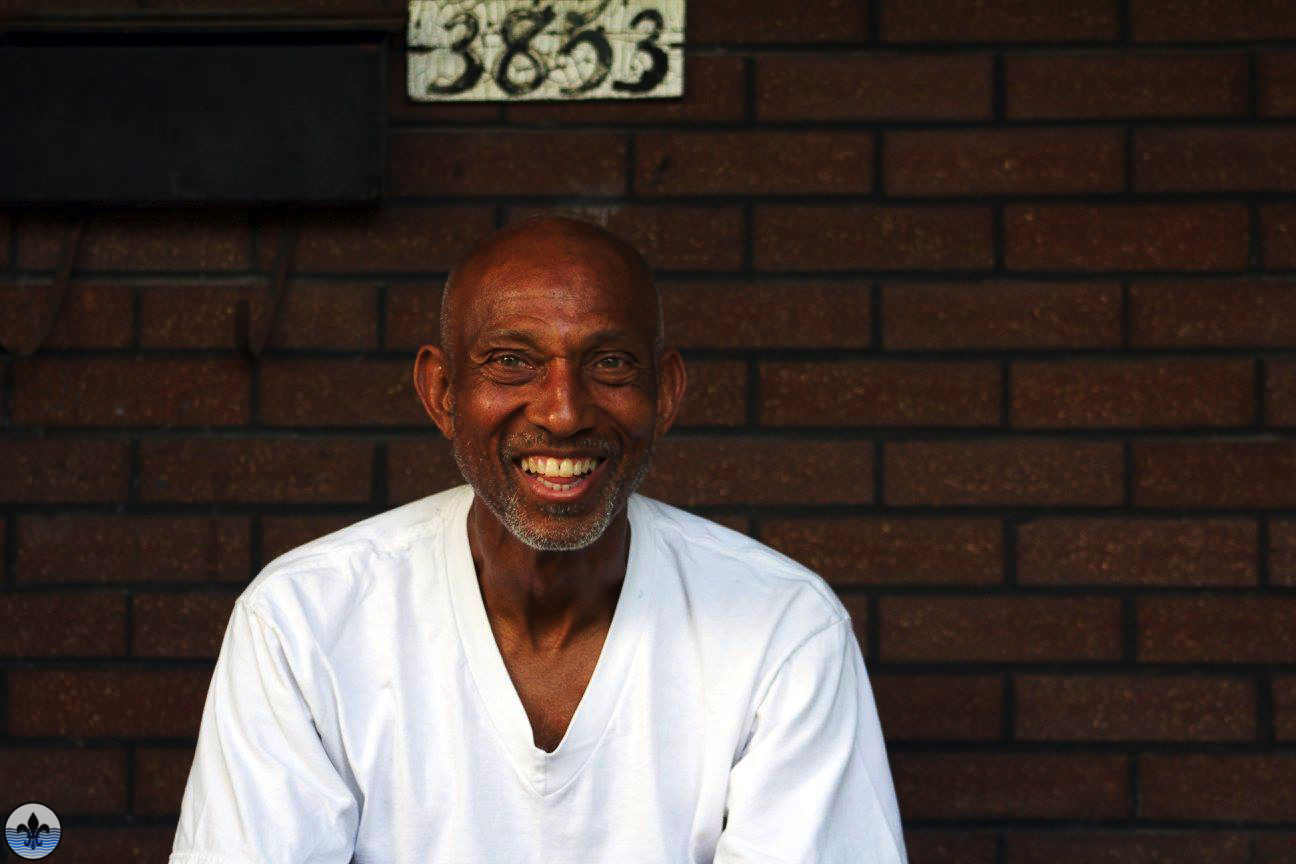 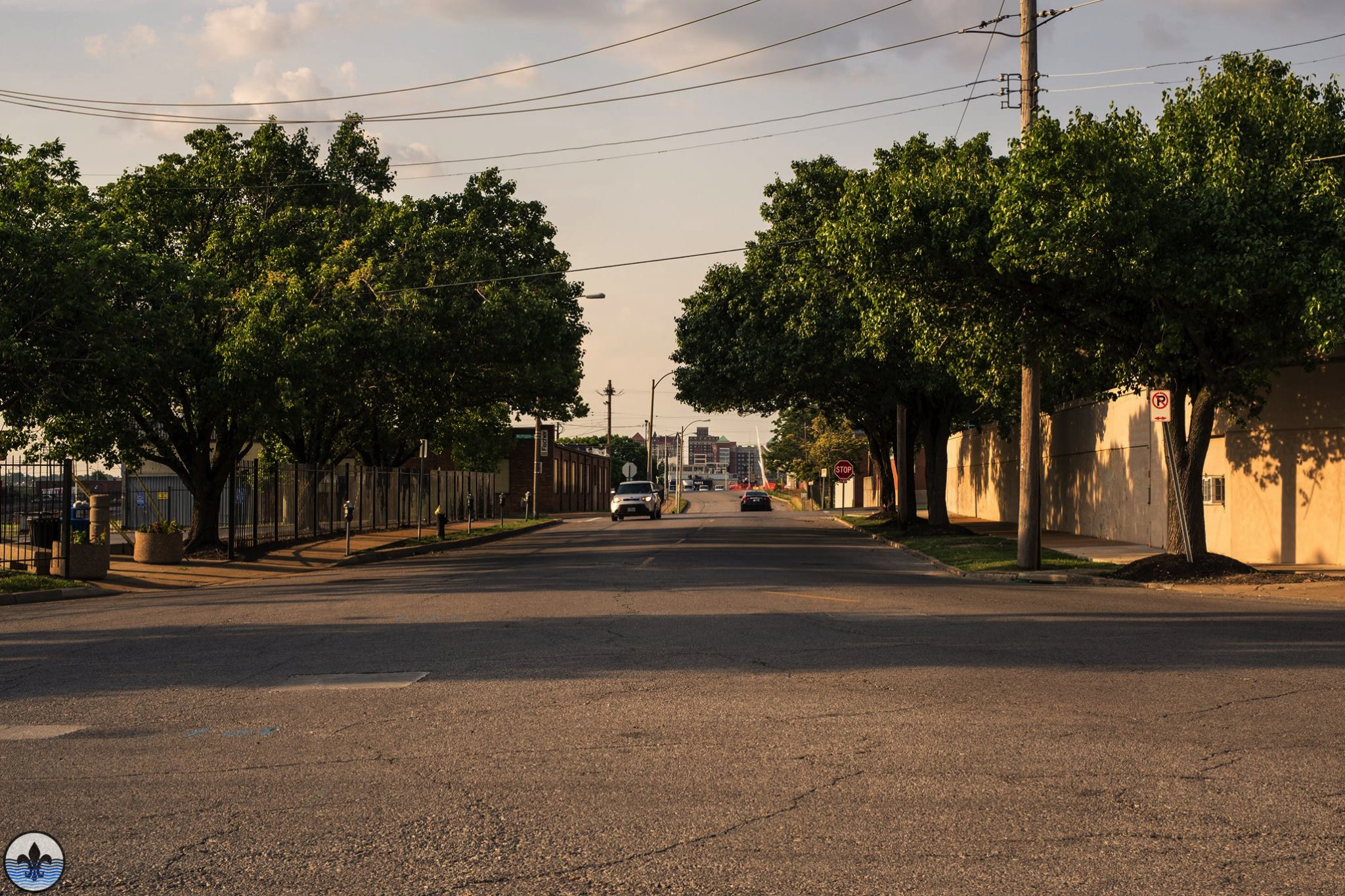 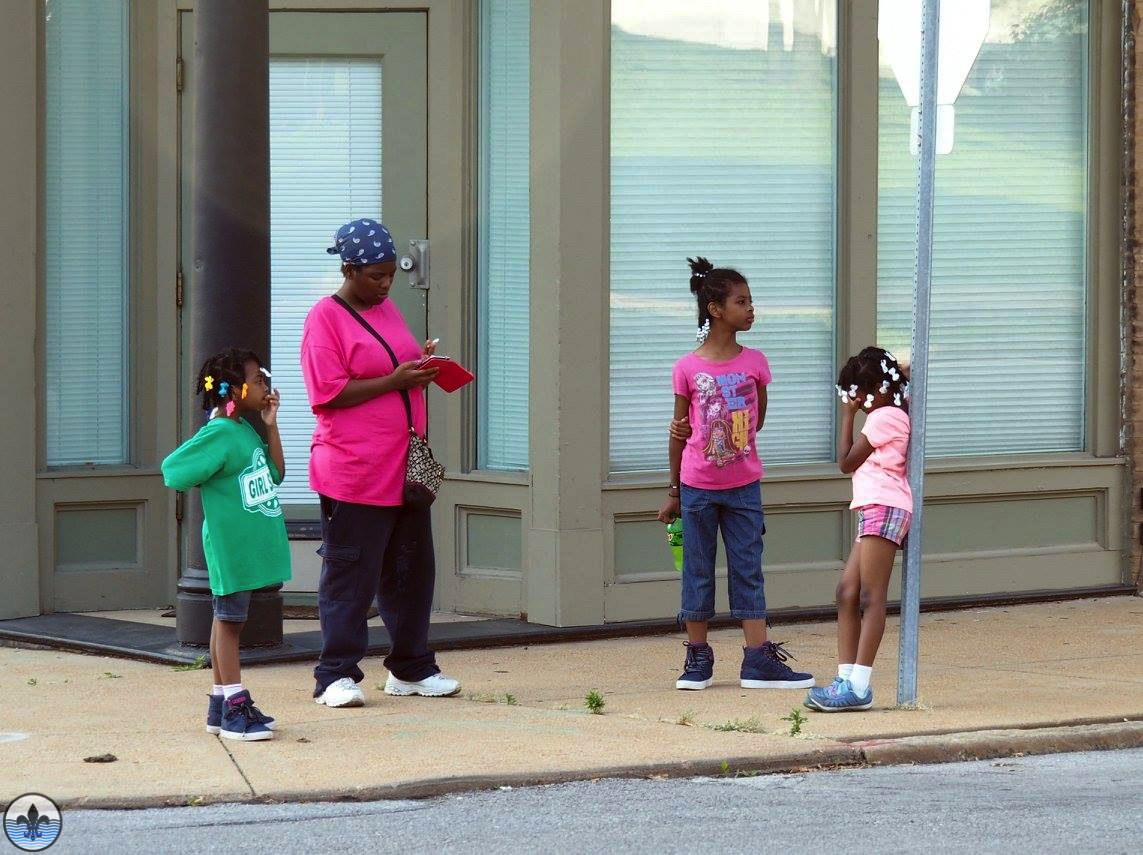 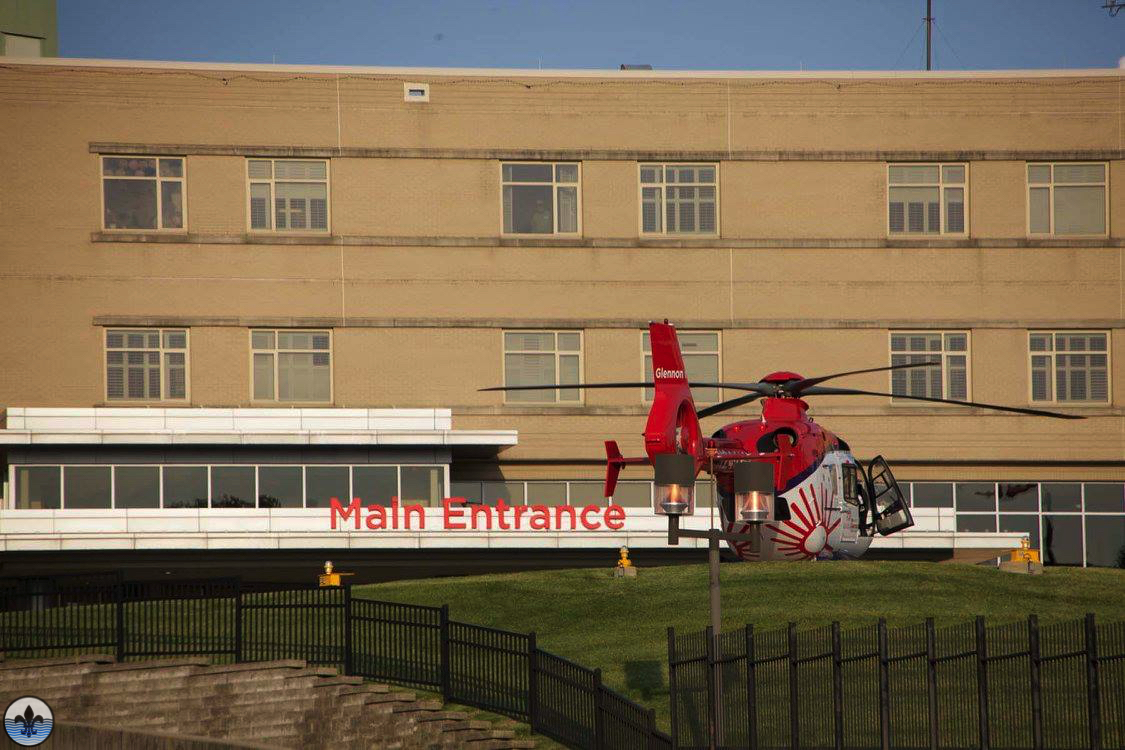 Following the Louisiana Purchase in 1803, St. Louis, which had already been both a French settlement and a Spanish one, became an American one for the very first time.  One of the immediate problems of this transition was how to contend with the massive parcels of land that had been granted to St. Louisans by European monarchies (particularly, the Spanish Land Grants).  Over the years, a large tract of this land came into the possession of a woman named Mary McRee, whose ancestral claim to it had been purchased from a previous owner.

McRee’s vision for what became known as “McRee Town” piggybacked on the development projects to its south, those of Henry Shaw (the founder of the Missouri Botanical Garden and Tower Grove Park).  While Mr. Shaw took influence for his stately, Victorian subdivisions from fashionable streets in England, Ms. McRee made references to what Mr. Shaw was building in her subdivisions, albeit on a much smaller (and affordable) scale.  When Shaw donated a 300-acre park, McRee Town built a profitable race track; and so it was, that McRee’s ventures became something of the grounded, practical counterpart to Shaw’s lofty visions.

In 1889, Mary McRee, then 83 years old, fell from a chair and broke a femur.  Complications from this injury claimed her life a few months later.  Sadly, this was only one year after she sold off her remaining land assets to a private developer. 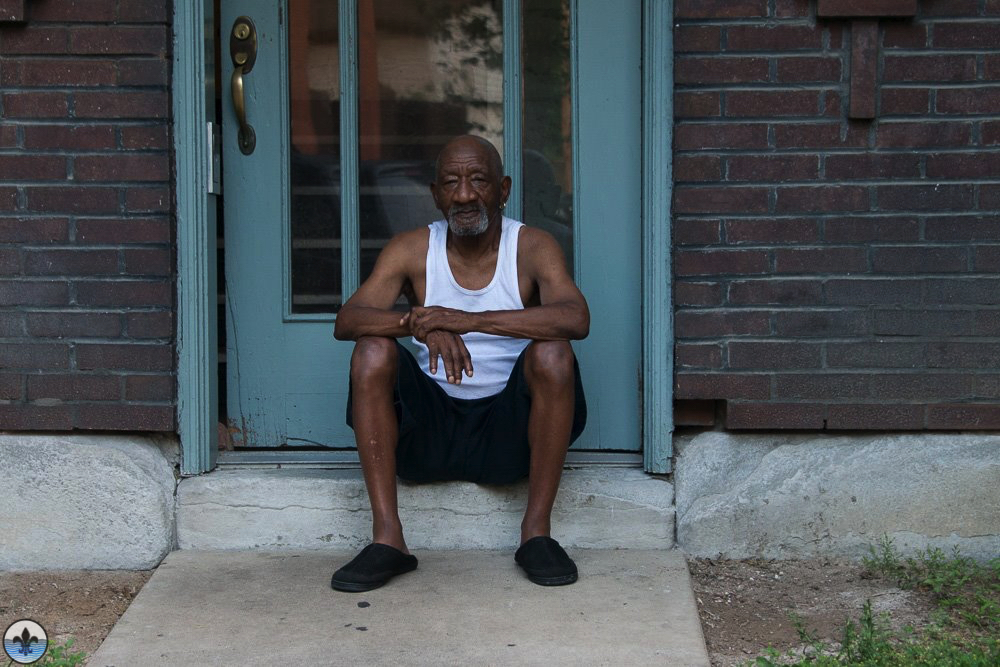 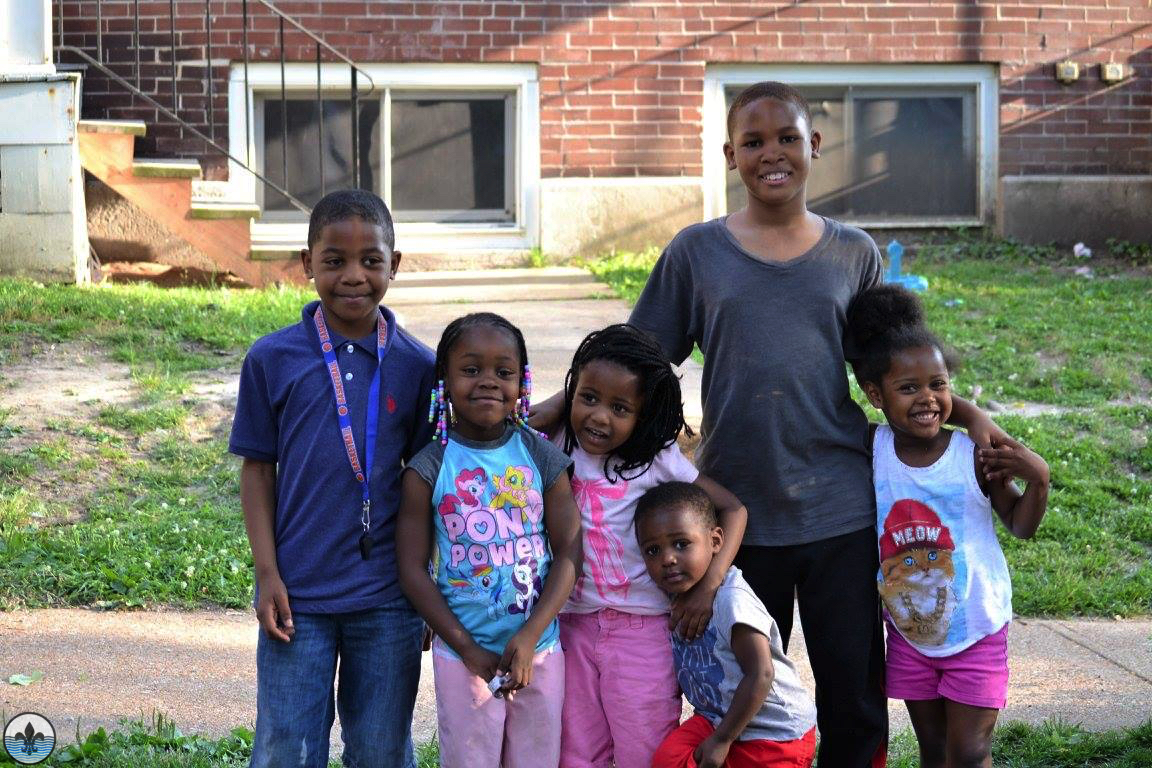 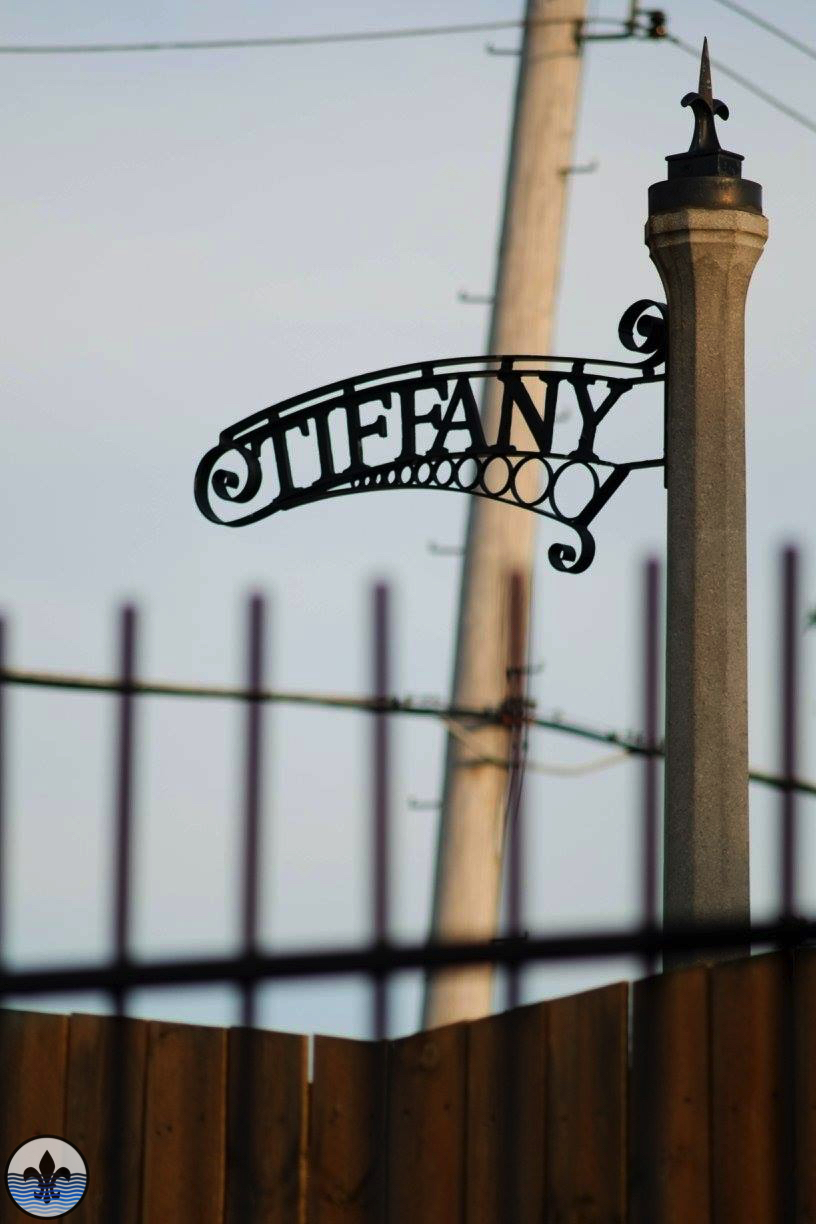 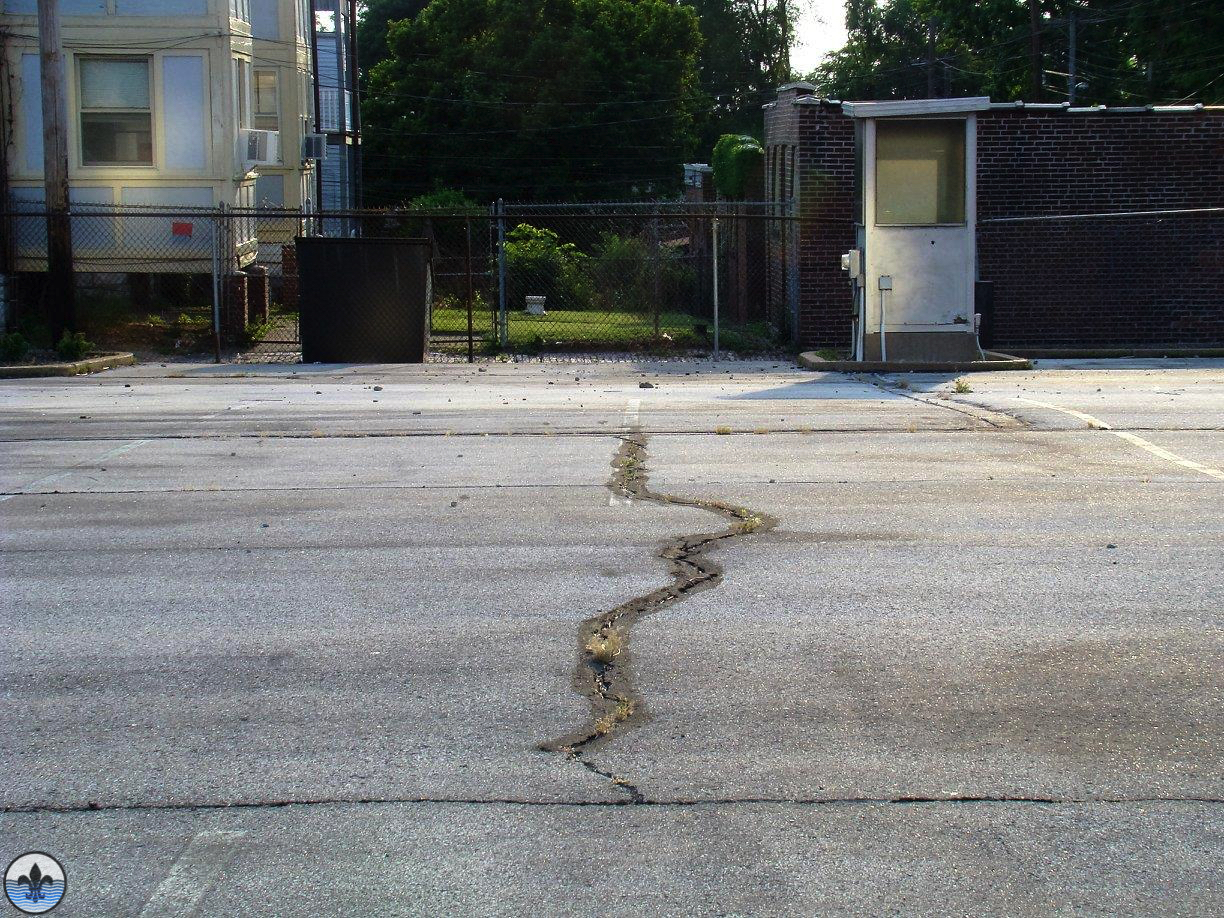 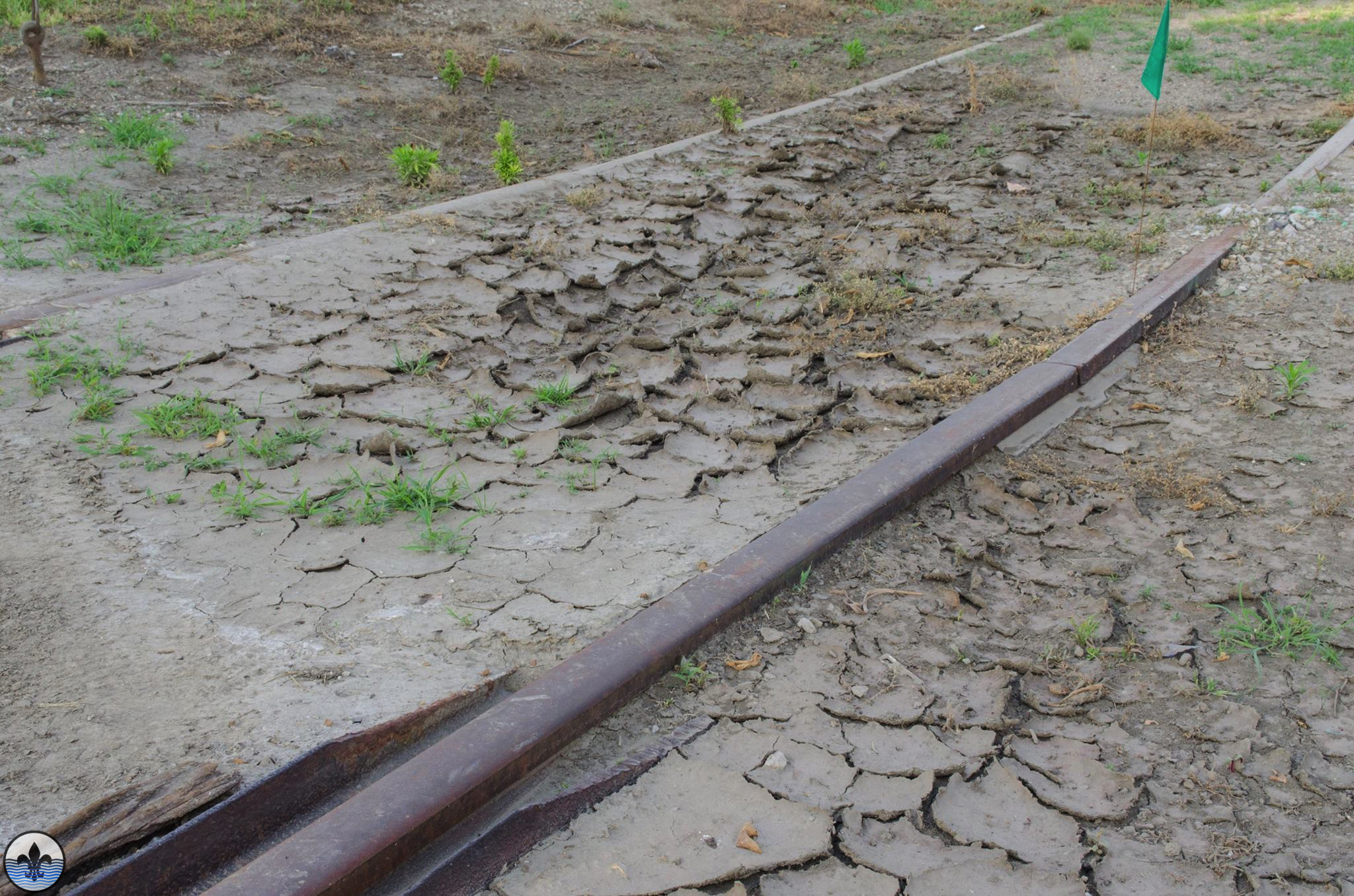 For many years, the Tiffany neighborhood was included with the Botanical Heights neighborhood under the single moniker, McRee Town.  That said, in the early 1900’s a new resident had set-up shop in the Tiffany area, the United Railways Company (later the St. Louis Public Services Company).  URC’s massive complex in Tiffany (the contemporary name comes from a well-known line running through the area, which was itself named after the owners of some of the land it traversed) ostensibly housed hundreds of streetcars at its peak, and probably employed thousands of workers.  By the time that this facility was constructed, the URC had absorbed all of St. Louis’ independent streetcar lines, and this building (destroyed by SLU in 1999) likely acted as something of an equipment terminus for the entire system (Union Station was the major passenger hub).  In 1939, a Chicago company purchased URC/SLPSC, and in 1966, under the administration of the Bi-State Development Agency, streetcar services were ceased in the city and county of St. Louis. 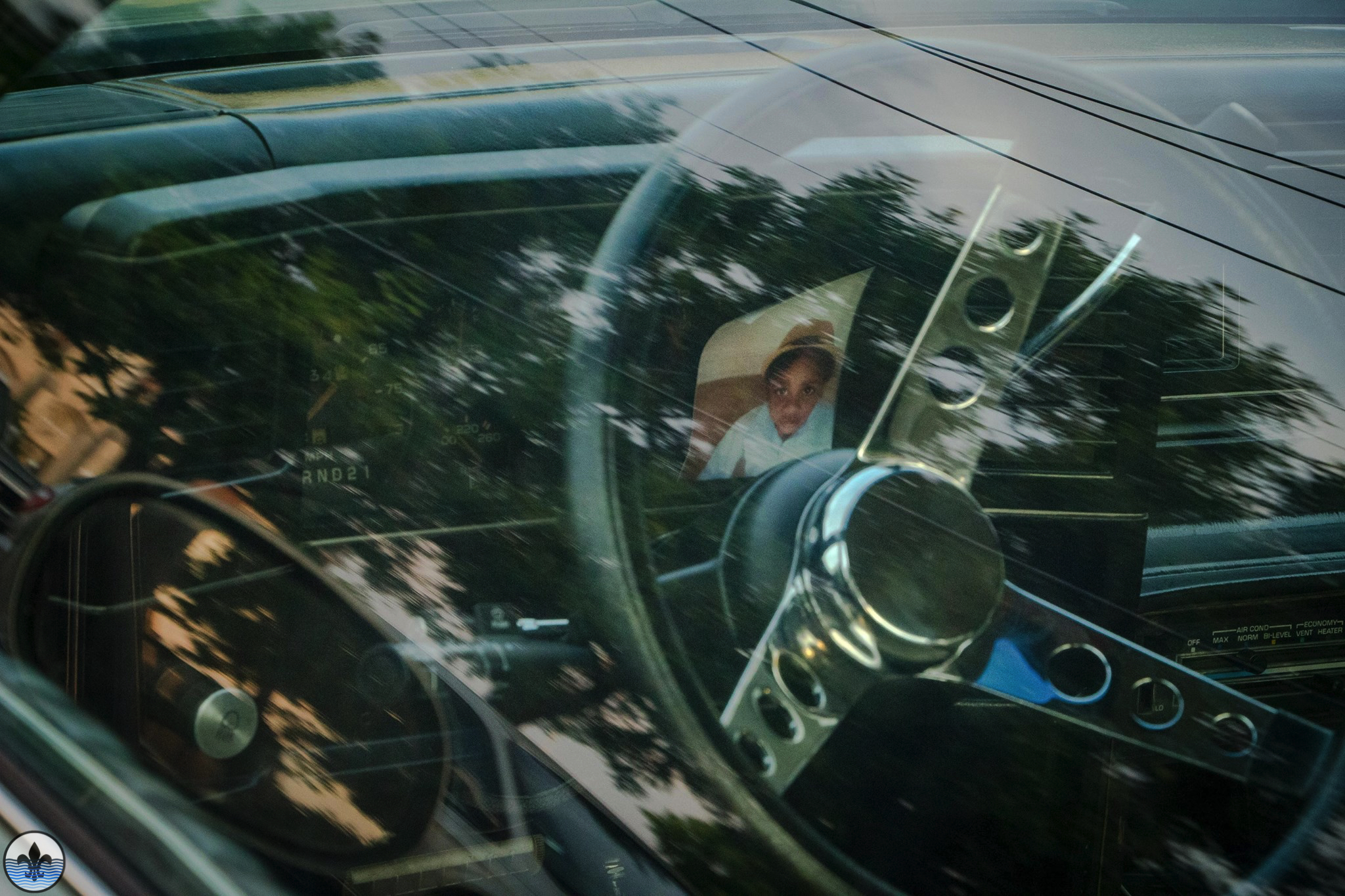 As early as the 1930’s, St. Louis leaders were making plans that would disrupt how minorities (especially Blacks) lived in the city, and where.  In the 1950’s, these plans took the form of massive public works housing projects that, on the surface promised better opportunities and living conditions for residents, but underneath were motivated, at least on some level, to clear economically valuable areas close to Downtown (which the city had formerly classified as slums) for development.  In the decades that followed, those vertical housing projects became destabilized and dangerous (a result of funding and maintenance shortfalls).  In the early 1970’s the most iconic of these complexes, Pruitt-Igoe, was finally demolished.

1948 marked the end of St. Louis’ long-standing tradition of racially restrictive covenants, though they remained implied until desegregation was more strictly enforced by the Civil Rights Acts of the 1960’s.  Following this, African-Americans, displaced by disruptions to their historic communities and the failure of public housing, began to settle across broader areas of the city.  Unfortunately, they weren’t always welcomed (nicest way possible to put it) by the Whites already living in the buildings or on the blocks, streets and neighborhoods where they moved.  Oftentimes, Whites that could afford to, simply moved away, an occurrence that effected many cities during this time and became better known as “White Flight”.  In Ferguson, for instance, the city experienced a dramatic increase of new Black residents during this time, though its total population remained virtually unchanged: essentially, for every Black family moving in, a White family moved out.

For those Whites that remained in newly integrating areas, wars of intimidation (again, about the nicest way to say it) were sometimes raged against new Black households in an attempt to prevent what they considered to be an inevitable deterioration of the community following minority investment.  The problem with this logic is that it is almost never the minority (Black or otherwise) that has the power to change the stability of a community, for the original minorities to move in are often very similar, in terms of income, education, and work status, to the Whites that preexisted there.  Rather, it is usually a dramatic action by the majority population, such as a mass exodus, that changes the character and health of a community (i.e. an oversaturation of homes on the market reduces the average cost of the homes for sale, meaning that people with less-income and of a different social status can suddenly afford to move in, who may not yet have the ability to fully maintain those properties, which combined with the redlining practices that often followed population changes to neighborhoods in St. Louis, essentially assured their ultimate decline).

Enter Crystal Williams (pictured further below).  Her audio interview explains what happened to her family in the years that followed their relocation to Tiffany from Pruitt-Igoe:

After listening to Williams’ interview, some of you might question her account.  Well, the truth is that, if she is exaggerating, it is only by feet not miles.  By the early 1980’s, the story that Crystal recounts was already documented, including by the New York Times (which interviewed her mother).  The Midtown Medical Center Redevelopment Corporation did exist, and the city did grant it the power of Eminent Domain.  What’s more, the Corporation was formed by Saint Louis University.  The man who was the MMCRC’s Executive Director, John Abramson, is interviewed in the Times’ article admitting to many of the things that Crystal accuses his Corporation of doing, including condemning property and forcing out residents on the basis of subjectively arbitrary assessments like interior paint color and curb appeal.

Crystal mentions a new redevelopment plan on the horizon, and like her recounting of the neighborhood’s past, this one exists as well and just like before, SLU is behind it.  SLU’s new project is being helmed by the School’s Vice President and CFO, David Heimburger, who has gone on record (see link in previous sentence) saying that no residents will be displaced this time around.  That said, the City’s Planning Commission met in November of 2016 to consider the Redevelopment Plan which was approved, and yet, this Meeting’s notes includes under the Plan’s “Required Elements” a discussion of “Properties to be acquired by Eminent Domain, Properties to be acquired by Eminent Domain by City, Character of existing residential uses, and Relocation of Families to be Displaced.” (emphasis mine)

So who is lying, the Plan approved by the city or SLU, because it sure sounds like some people will have to move.  Also, who gets to decide that?  It sounds like the city will once again grant the ability to condemn Tiffany properties to a SLU-backed Corporation.  Finally, given the extreme circumstances that Williams’ family and others had to go through as the result of the initial 1970’s Plan, it is disheartening (to say the least) that the Corporation formed to oversee the new Plan would take as its name a reference to the old: St. Louis Midtown Redevelopment Corporation

We sincerely wish Crystal the very best in the fight she has ahead, and hope that SLU won’t repeat its history regarding this neighborhood. 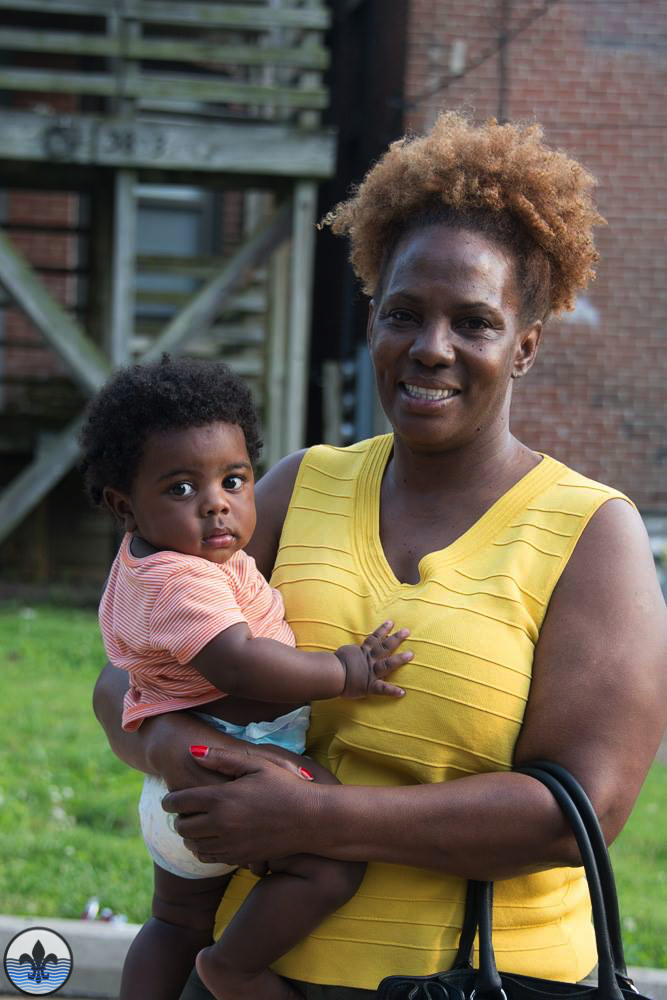 photo and interview by Donna Burch

In the 1990’s, the neighborhoods of former McRee Town became synonymous with crime (a partial result of the failed redevelopment plan discussed above).  This is better detailed in our article on Botanical Heights, but essentially, the Shaw neighborhood to its south and the Missouri Botanical Garden began to fear that that crime would migrate in their direction.  Another redevelopment plan, also controversial at the time, razed a significant number of properties in the troubled areas, and the current Botanical Heights and Tiffany neighborhoods began to take shape.  Several companies bid for the project and unfortunately for Tiffany, most of the infill homes in its area took on a more suburban, vinyl-sided veneer than the green-infused, modern dwellings constructed by UIC in Botanical Heights.  That said, more of the historic buildings of Tiffany were able to be preserved per capita than in Botanical Heights.  Nonetheless, this redevelopment effort seems to have been relatively successful, and the Tiffany neighborhood census numbers appear mostly stable from before the redevelopment through 2010. 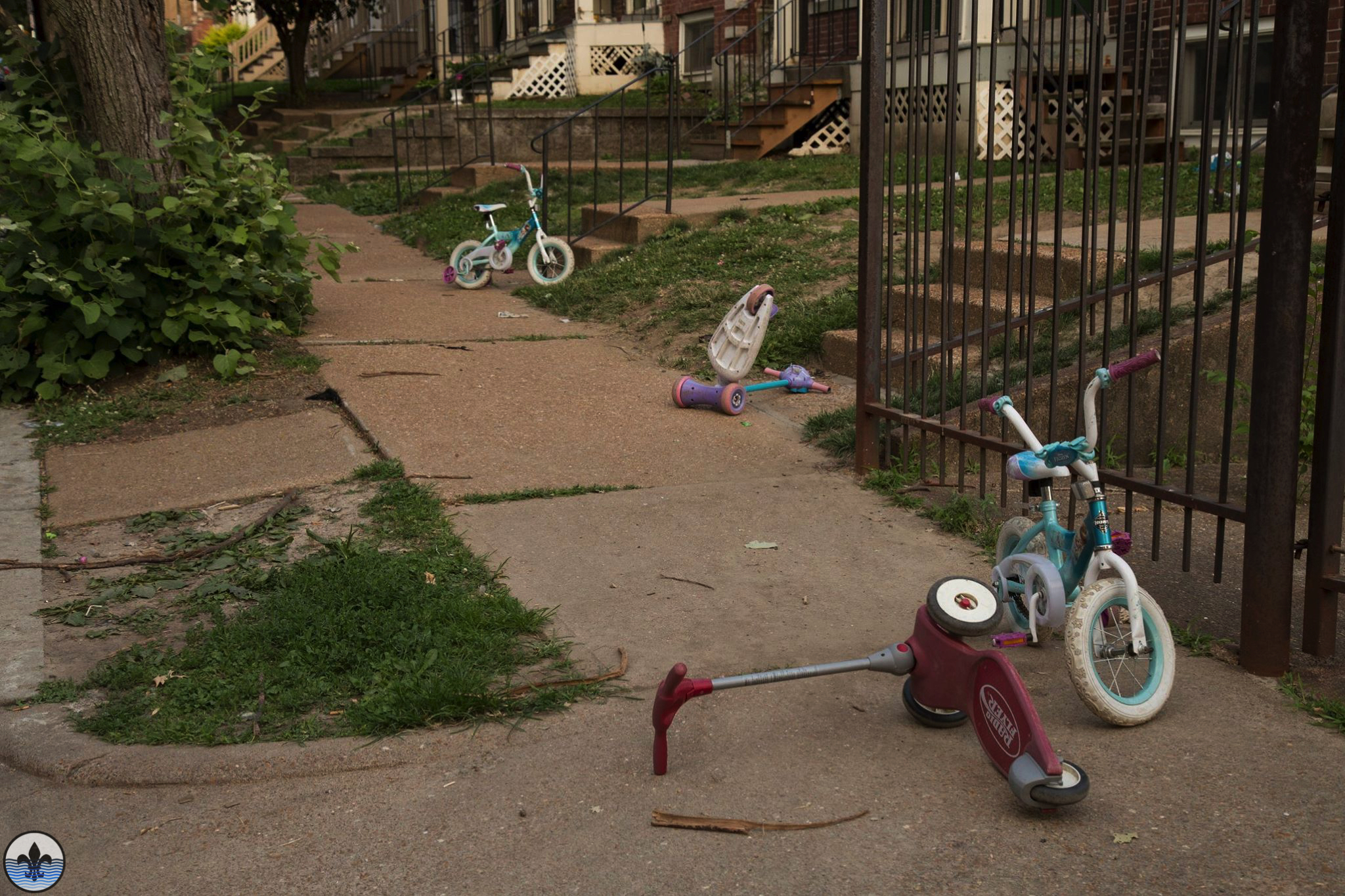 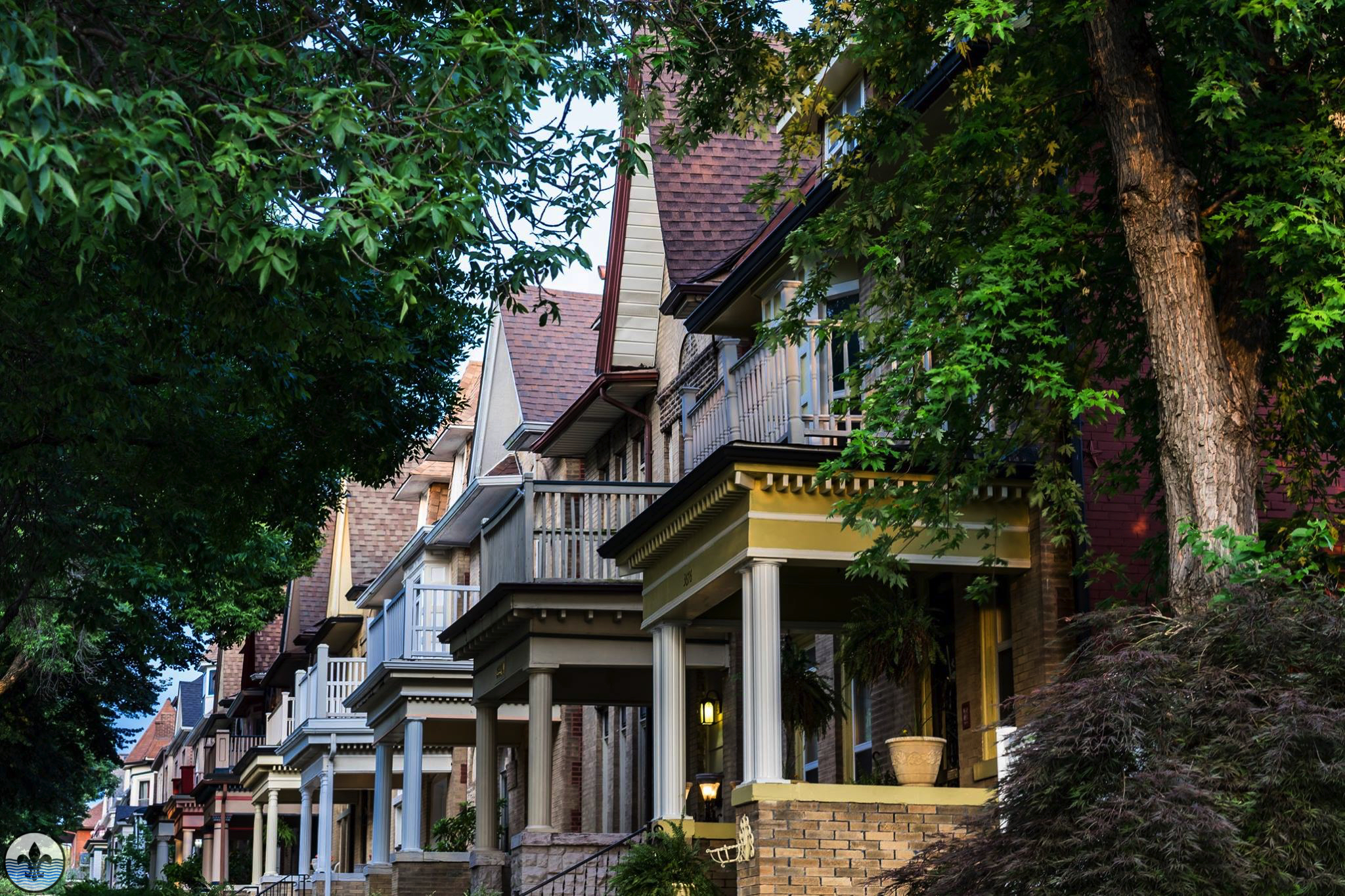 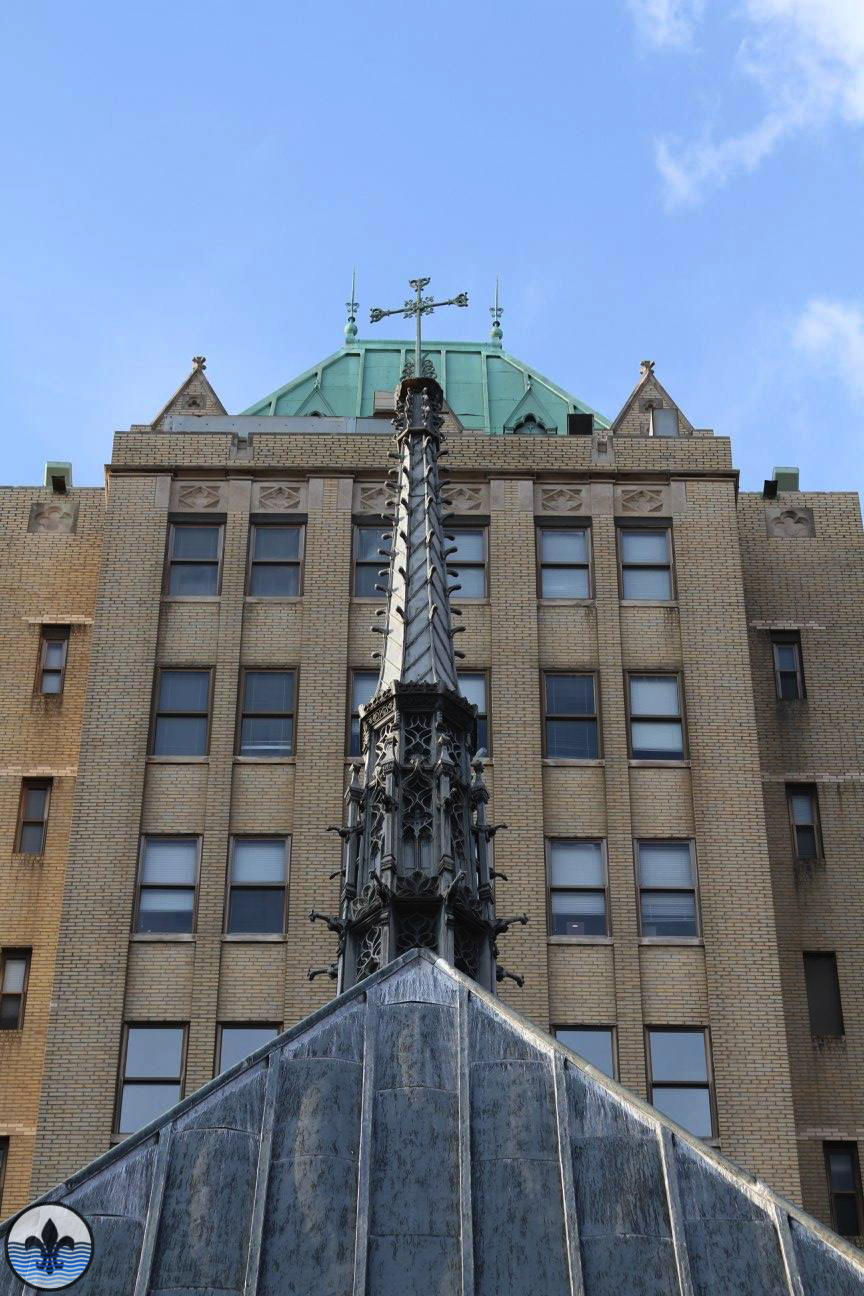 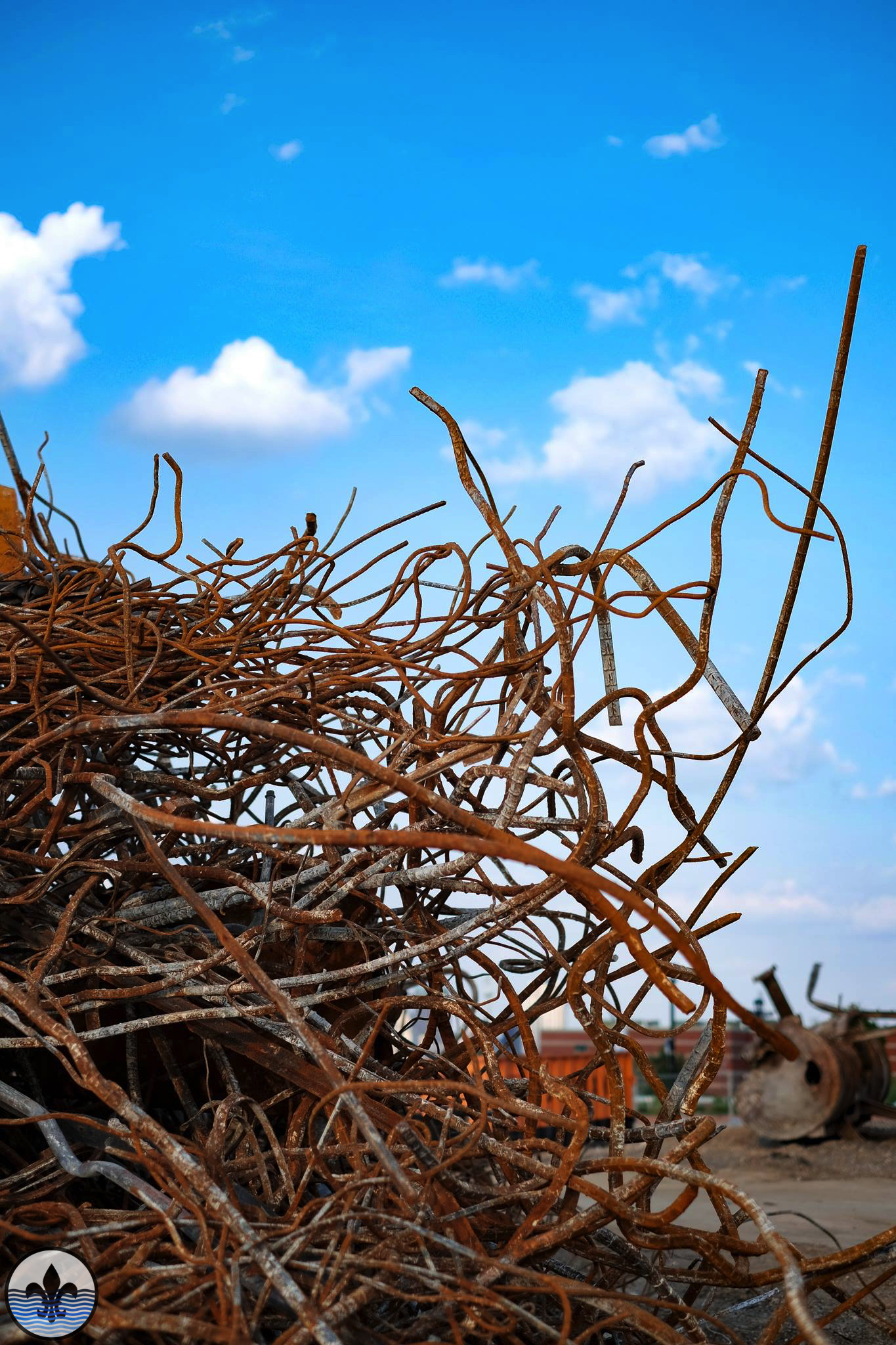 Today, Tiffany is a pleasant, mostly quiet, south side neighborhood with some great potential, despite the affronts to it.  Nearby, Botanical Heights and Forest Park Southeast continue to expand development, which bodes well for Tiffany.  In 2016, in association with SLU, a community-sponsored “Needs Assessment and Action Plan” was completed, outlining what residents enjoy about their neighborhood and what they’d like to see improved.  This type of project fueled with feedback from residents best illustrates the underlying health and resiliency of the community.  The future of Tiffany, though, is embedded in what SLU decides to start building on those empty lots and what additional buildings (and people) it takes away. 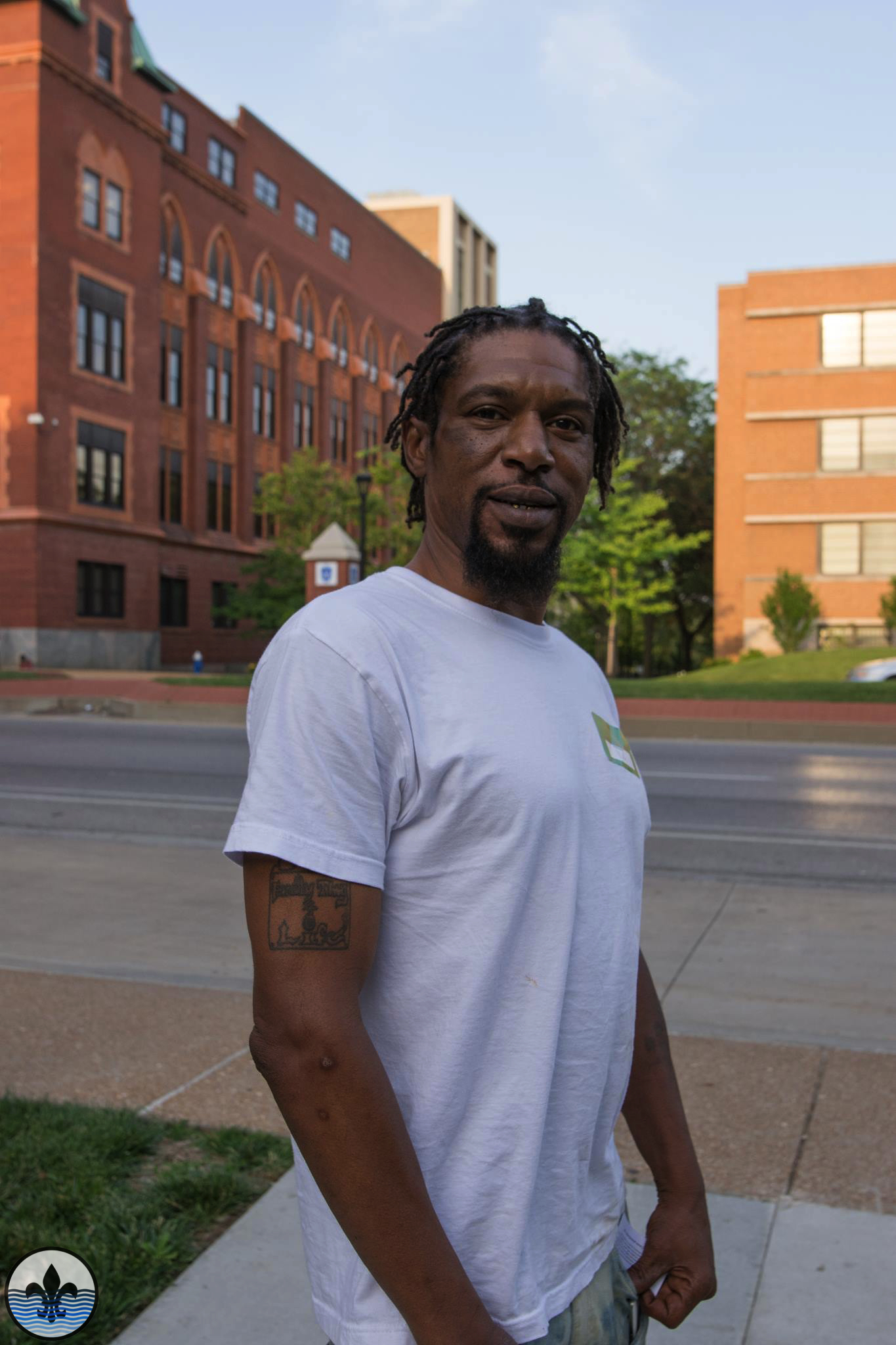 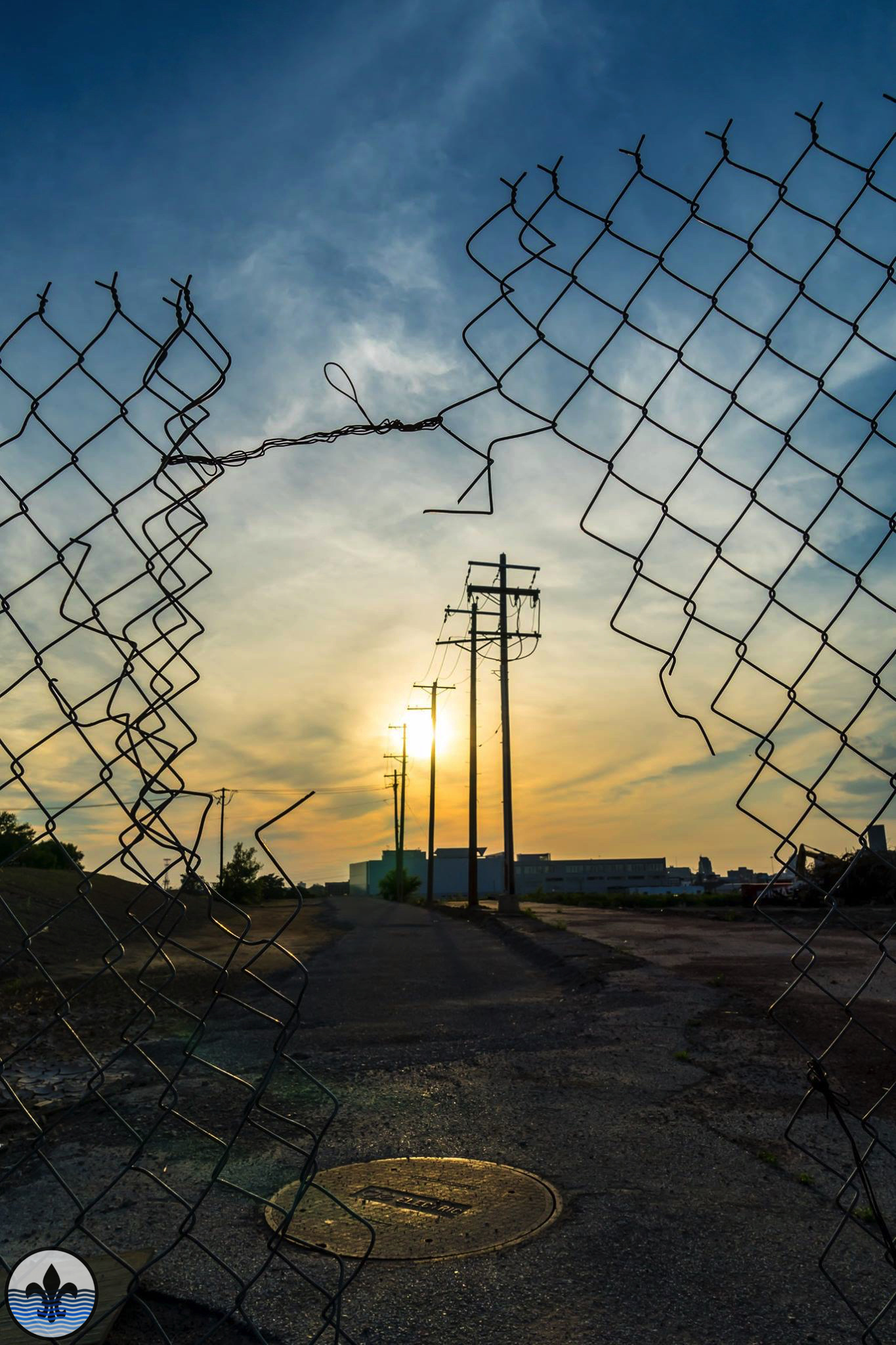 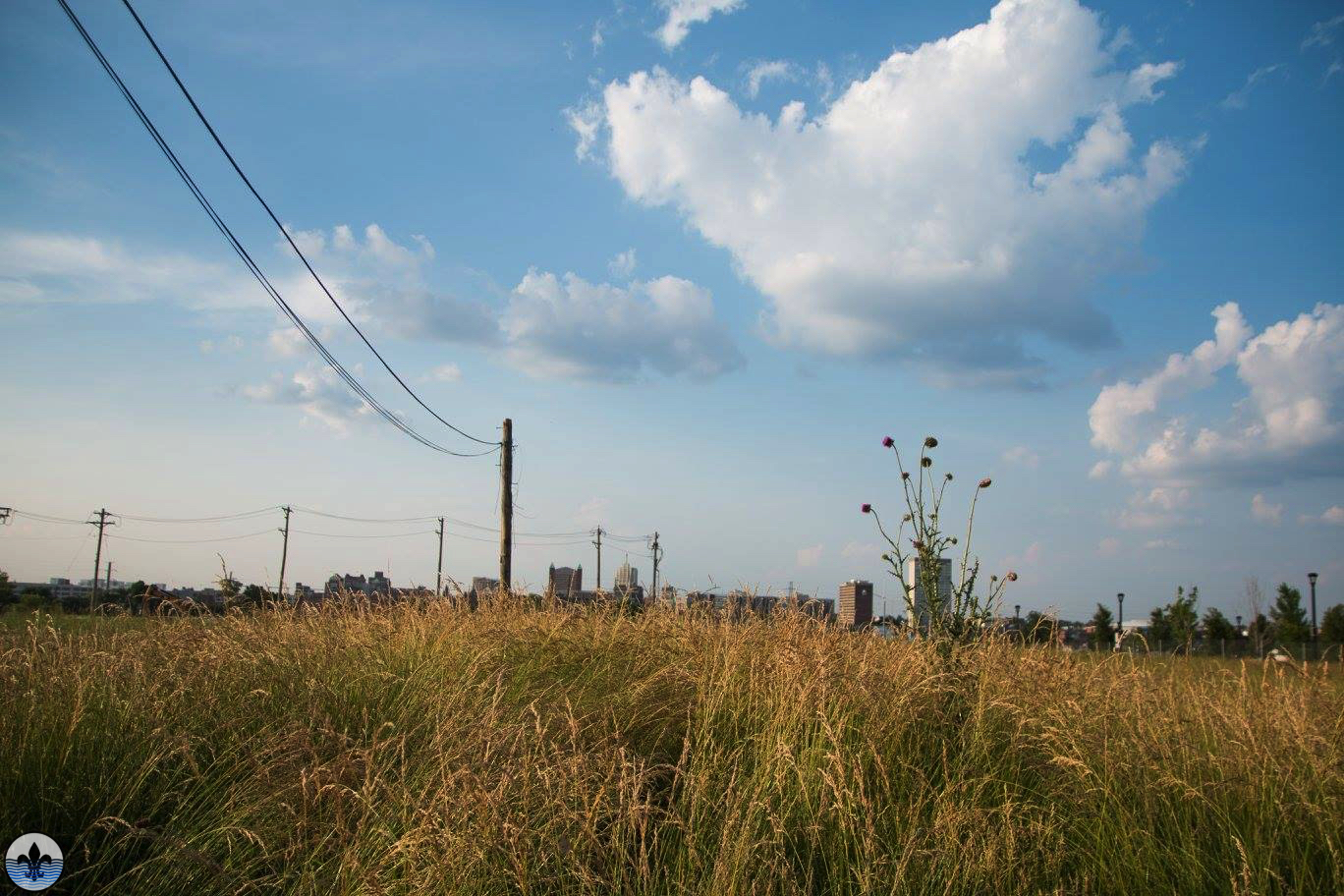 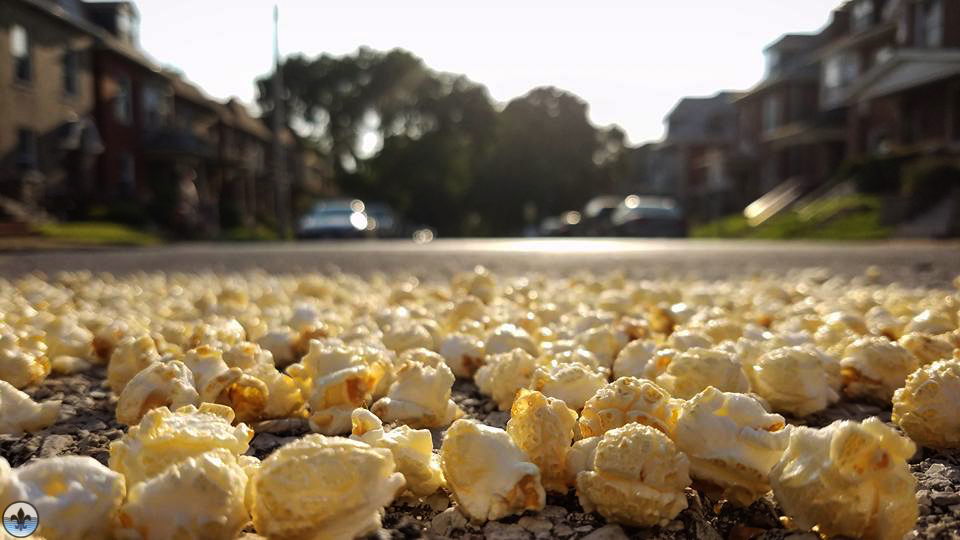 Our endpoint for Photo Flood 58 was Sasha’s on Shaw, just to the south of the neighborhood.  With its excellent outdoor patio, Sasha’s offers an inimitable mix of great atmosphere, good food and wonderful drink options. 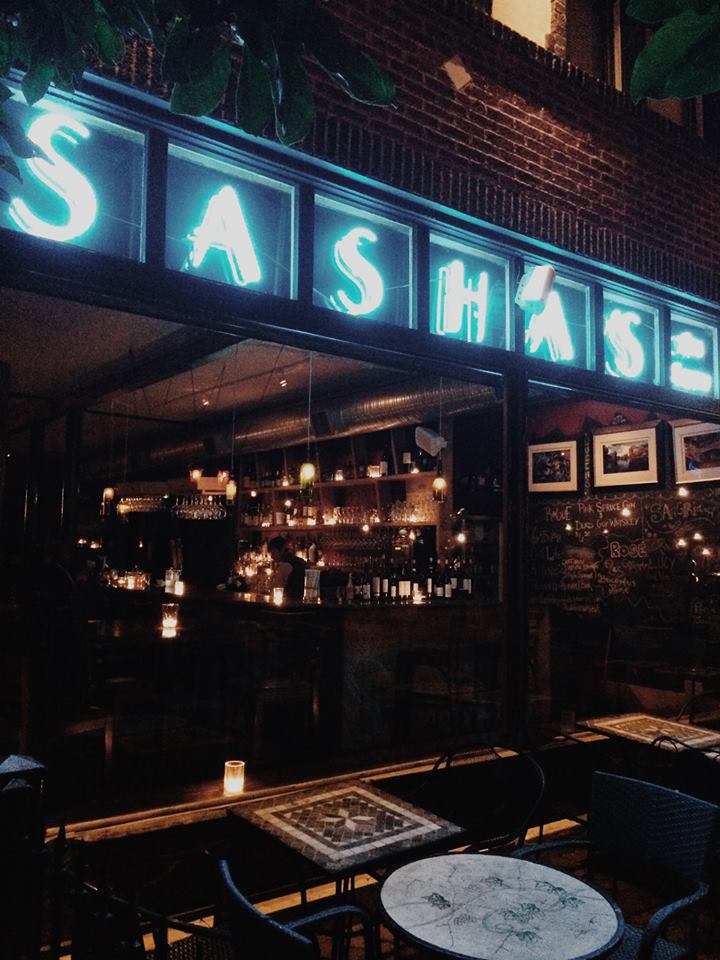