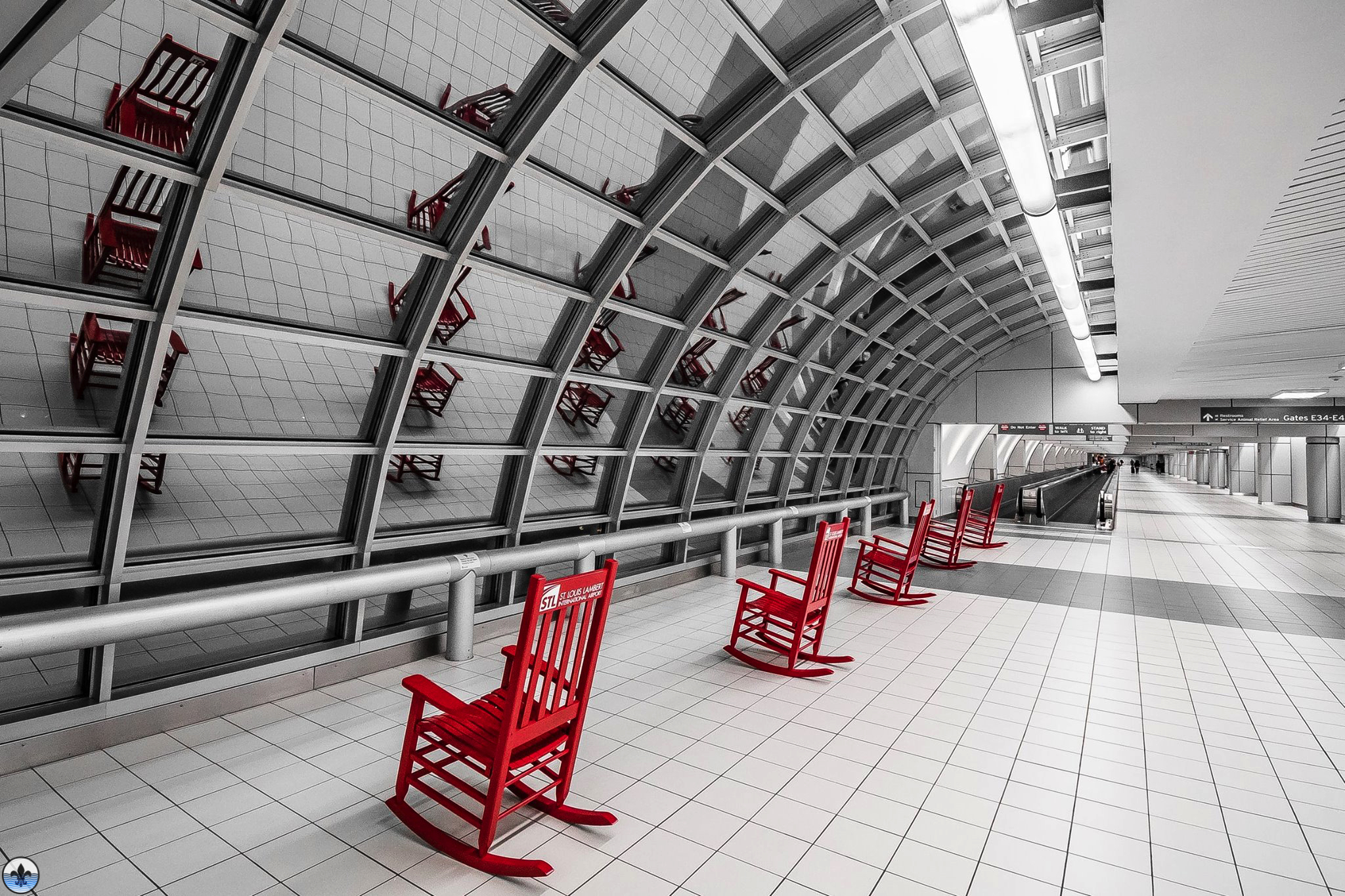 It’s not very often that an institution as iconic to your community as St. Louis Lambert International Airport invites you out to make images both in front of and behind the scenes of what it is they do, so naturally, the opportunity to document “a day in the life of the Airport” was tremendously exciting for members of Photo Flood Saint Louis. It has happened before (Grand Opening of Ballpark Village, stl250’s Biggest Birthday Bash, BTS of Goldenrod Showboat, etc.) that we have had to post a limit on the number of photographers that can attend an event, usually as a matter of security or safety, and our solution is always a first to RSVP gets to go pronouncement.  That said, we’ve never had 13 slots fill up as quickly as with this Flood, so it’s safe to say that this felt like a once in a lifetime opportunity for most of us. We are pretty proud to present a selection of images that illustrates that, and hopefully does justice to our Airport, a mid-century masterpiece and major contributor to both St. Louis’ economy and culture. 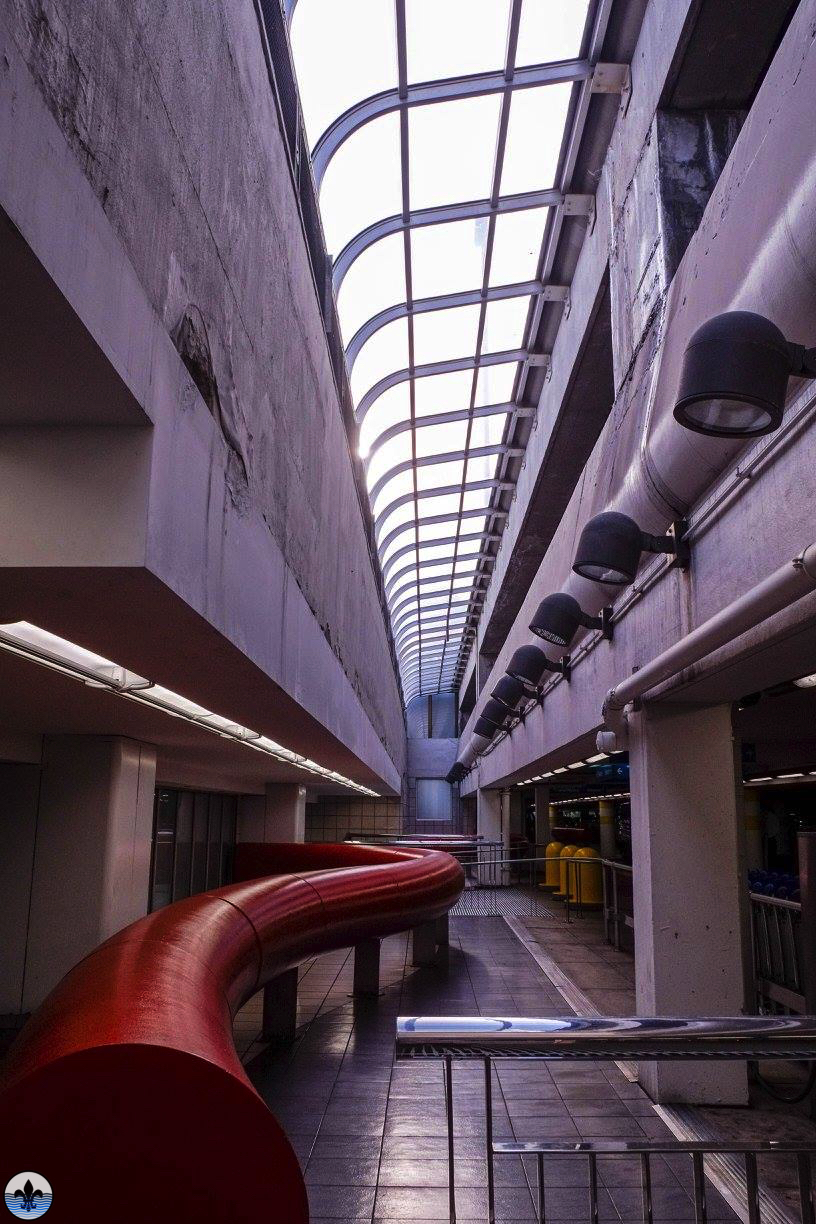 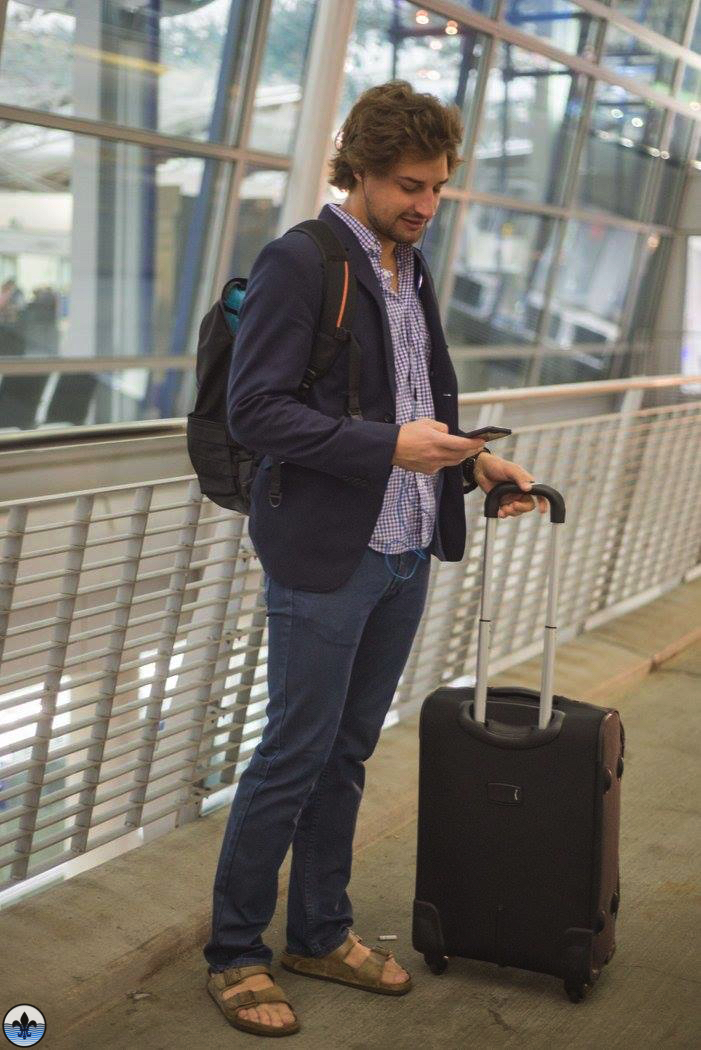 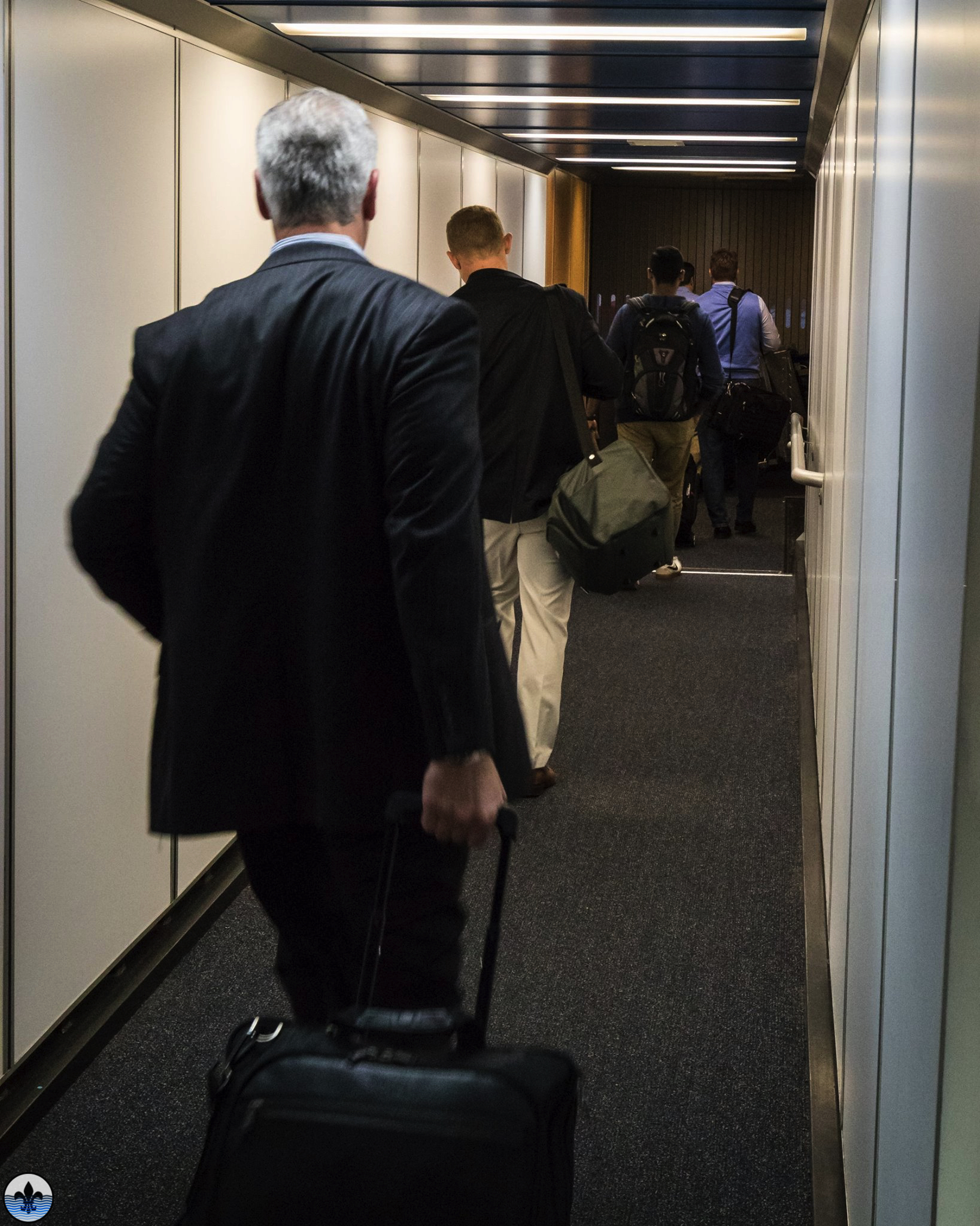 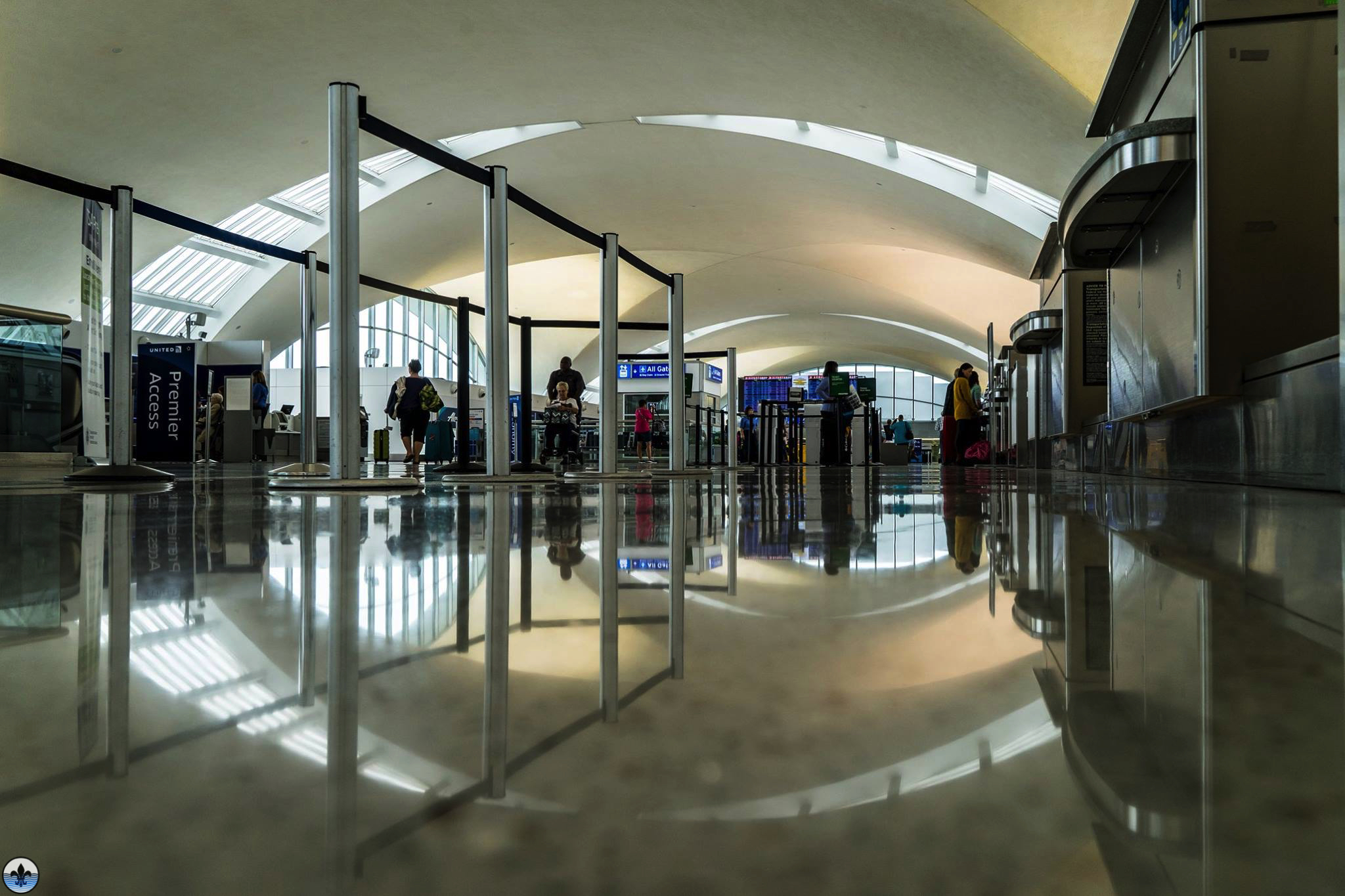 The success of the Louisiana Purchase Exposition in 1904, placed a prolonged spotlight on St. Louis, distinguishing it among other American cities (deserving of the country’s then fourth largest city) and bolstering the imagination of civic leaders.  During this same time, Orville and Wilbur Wright designed and tested a flying machine in North Carolina.  The country’s curiosity was peaked, as was Albert Bond Lambert, a 28-year old St. Louisan who eventually visited the Wrights to learn how to fly for himself.

Among the first uses for early aircraft was to deliver mail between large metropolitan centers.  In 1918, the City of St. Louis officially set up a small airfield in Forest Park for this purpose (the current horse stable for the Park’s mounted police was originally a hangar for this early aviation effort), though the site had been used even earlier for flight experiments. However, this airfield was short-lived, as Lambert, returning from World War I and again fixated on aviation, had other, grander ideas for a municipal airfield. 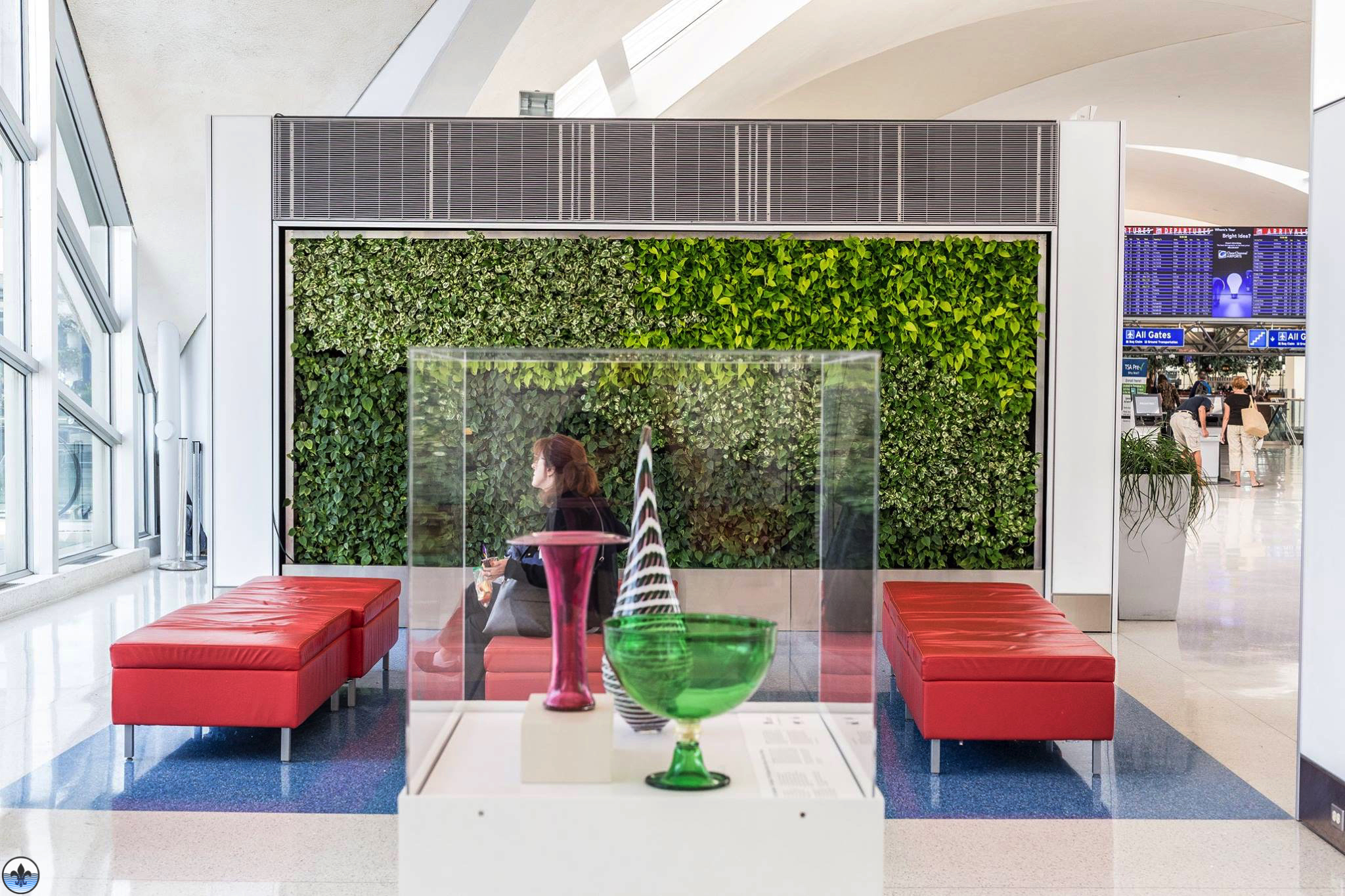 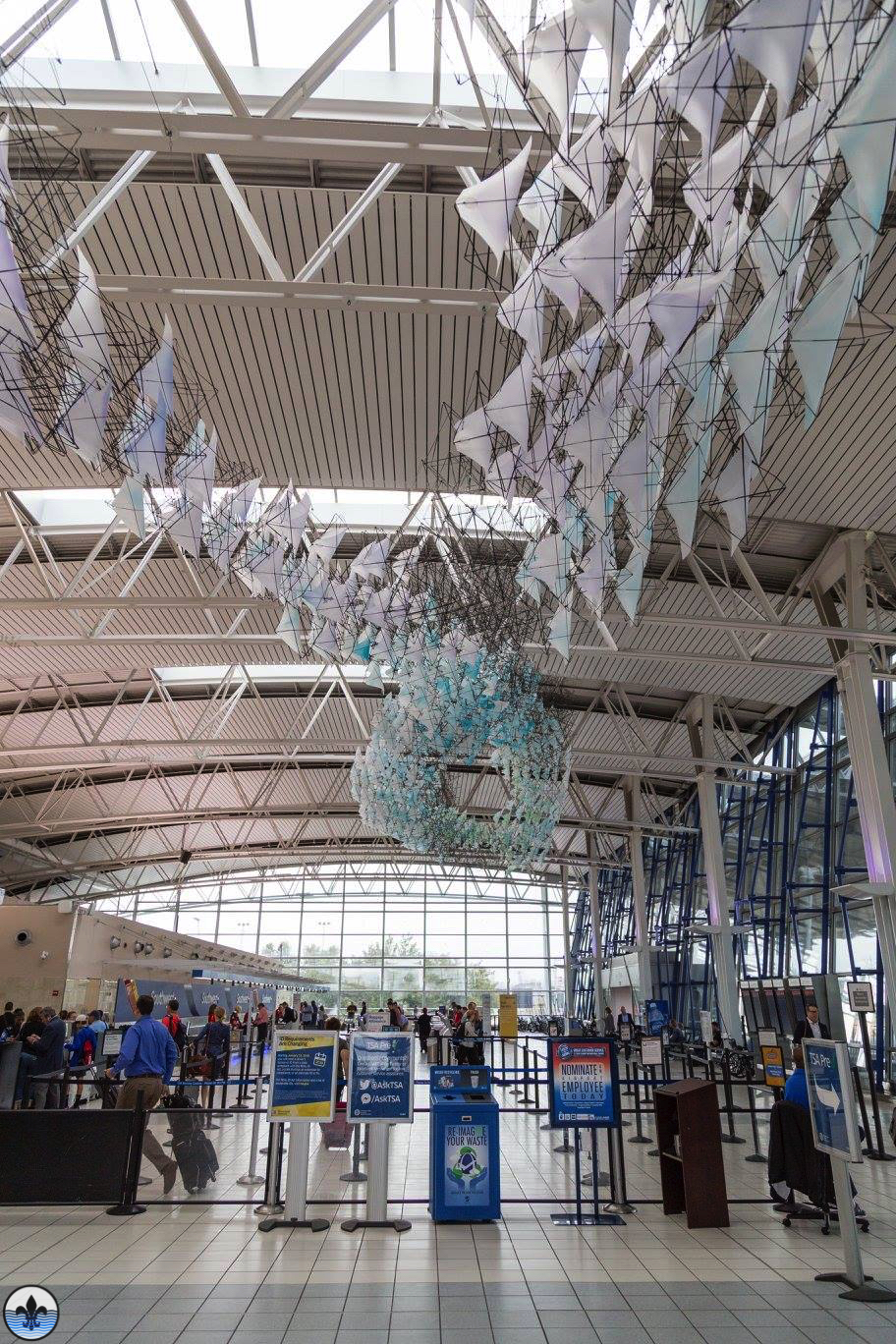 In 1920, Albert Lambert leased (and later purchased) what was then farmland outside the northwestern boundary of the city of St. Louis.  Using his own resources, Lambert had the land graded, and along with the Missouri Aeronautical Society of the time, erected small facilities for aircraft. The Missouri Aeronautical Society had been formed just a few short years prior for the purpose of training serviceman to fly hot air balloons for military use.

In 1923, St. Louis Flying Field, later renamed Lambert Field, was site to a record setting, sustained flight speed of 243.67 miles per hour in a plane flown by pilot Al Williams, during a series of endurance air races known at the time as the Pulitzer Speed Trophy (sponsored by the son of St. Louis publisher, Joseph Pulitzer).  The Pulitzer Speed Trophy and other national races were designed to increase the public’s fascination with air travel, and they worked.  In 1925, Lambert Field was awarded a contract with the US Post Office for airmail delivery, and the route between St. Louis and Chicago was piloted by a 23-year old Charles Lindbergh, who had stayed in the city after visiting to observe the air races of 1923. 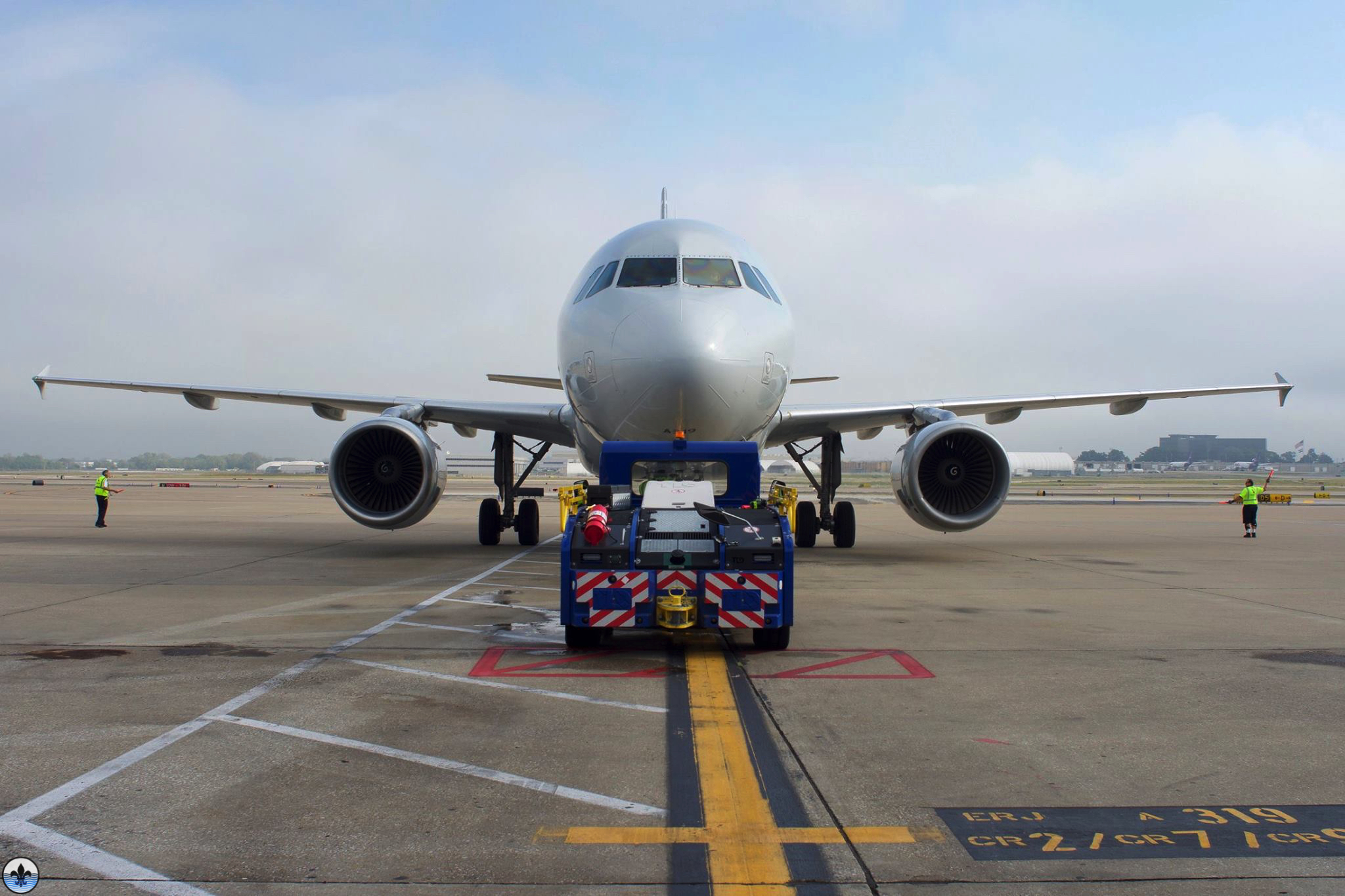 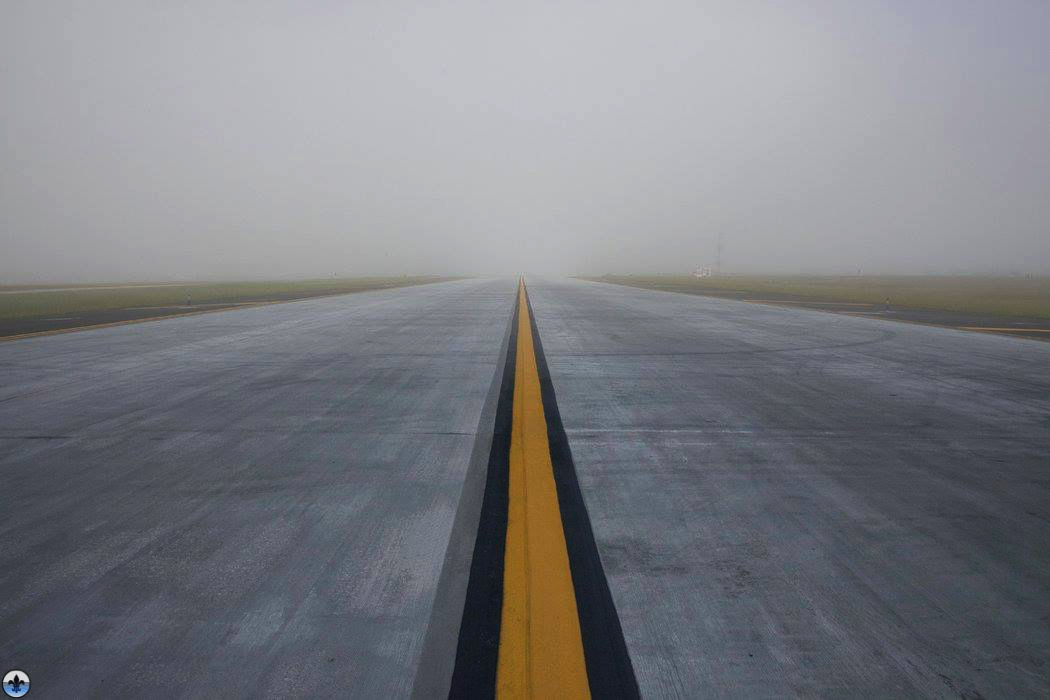 Almost a decade earlier, New York hotel magnate, Raymond Orteig issued a call for a non-stop transatlantic flight between New York and Paris with his $25,000 Orteig Prize to go to the first pilot to complete the mission.  In subsequent years, many pilots tried and some even died. The young Charles Lindbergh, emboldened by his mail flights between St. Louis and Chicago and backed financially by Lambert along with several other St. Louis businessmen, decided to seek the prize as a relative unknown, and in 1927, he became the first pilot to successfully complete the route, which he did in a plane called “The Spirit of St. Louis”.

The combination of high profile prizes and adrenaline pumping races, were enormously popular throughout the world, and for the U.S., cemented the public’s fascination with air travel.  In St. Louis, Lindbergh’s history setting flight was enough to inspire city voters to vote to acquire the Airport from Lambert for municipal use in 1928.  Over the next decade, the city expanded the Airport drastically, and by 1929, it was host to the nation’s first, commercial, transcontinental flights. By 1933, the Airport had its first passenger terminal, which flew more than 24,000 passengers in that year on flights organized by locally-based, Transcontinental and Western Airlines (TWA)- later Trans World. 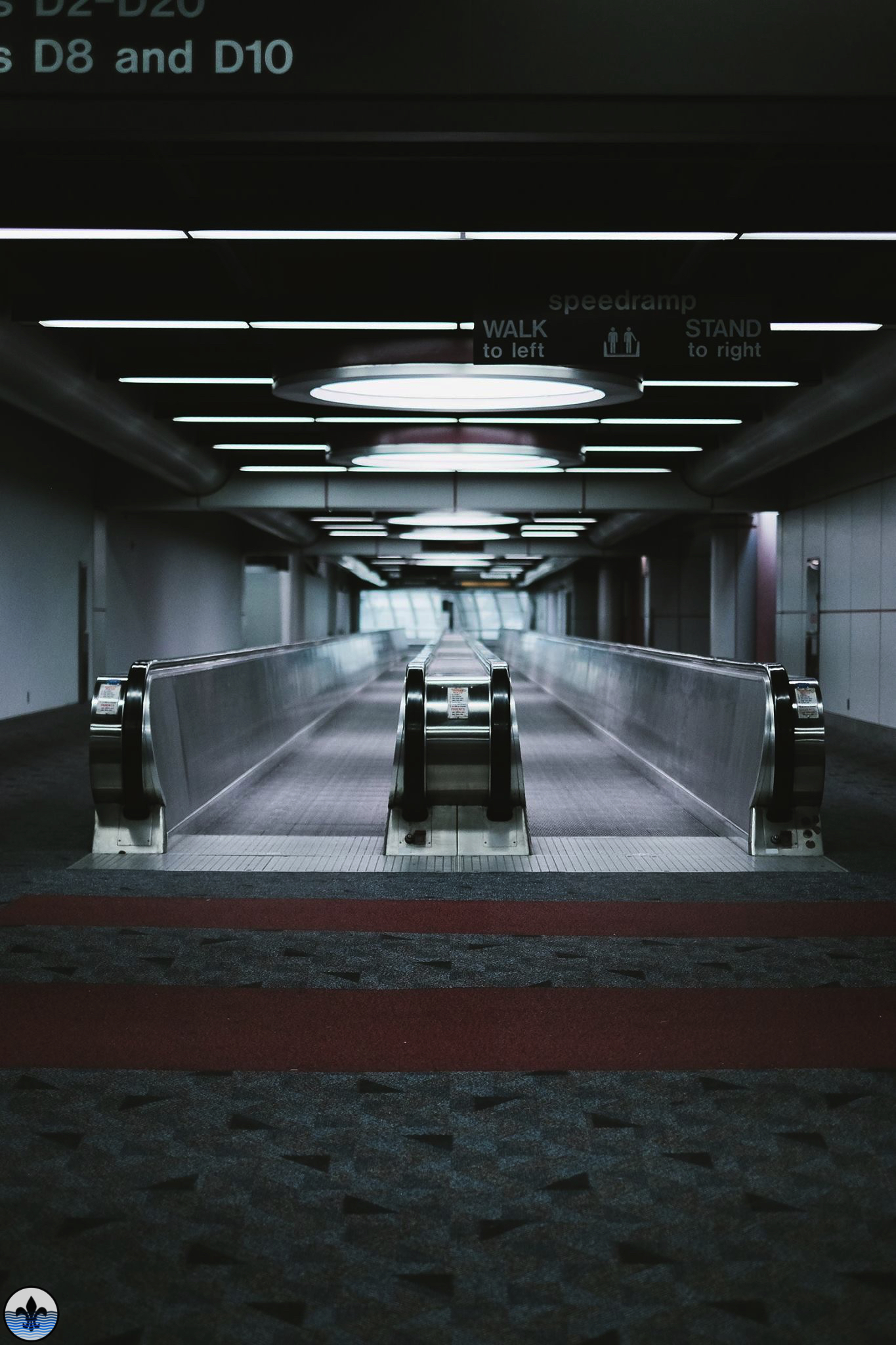 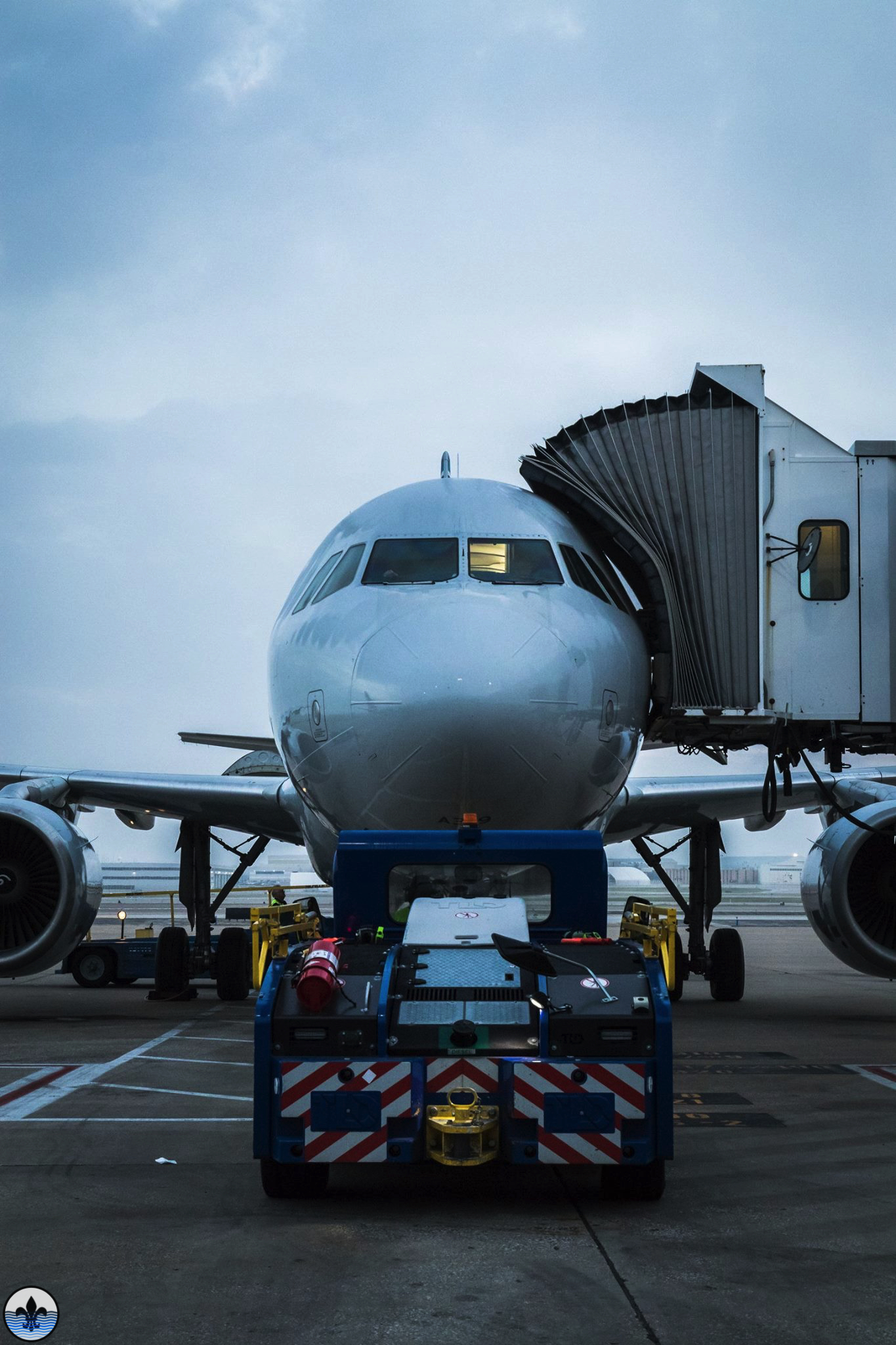 World War II brought about substantial expansion of the Airport’s military-operated facilities, including the establishment of the McDonnell Aircraft Company (later McDonnell-Douglas), which would receive many contracts over the years to develop specialty aircraft for the military and later the U.S. Space Program (the first vessel to put astronauts in space, Mercury, was constructed at Lambert).  During this same period, St. Louis voters again voted to support the Airport via bond issue, with a look ahead to increased commercial use following the War.

In 1956, Minoru Yamasaki, of Hellmuth, Yamasaki and Leinweber (the firm that would become the giant HOK), was commissioned to design and build a main terminal building for Lambert-St. Louis Airport. The modern design, which features a trio of front-facing arches reminiscent of the top of Sculpture Hall in the Saint Louis Art Museum‘s Cass Gilbert-designed building, a nod by Yamasaki, is notable for its breaking away from the blocky, pedestrian constructions of previous airport terminals.  In fact, Yamasaki’s soaring curves that fill the interior with light would go on to inspire innumerable other designs for airports around the world, such as the John F. Kennedy Airport in New York City. 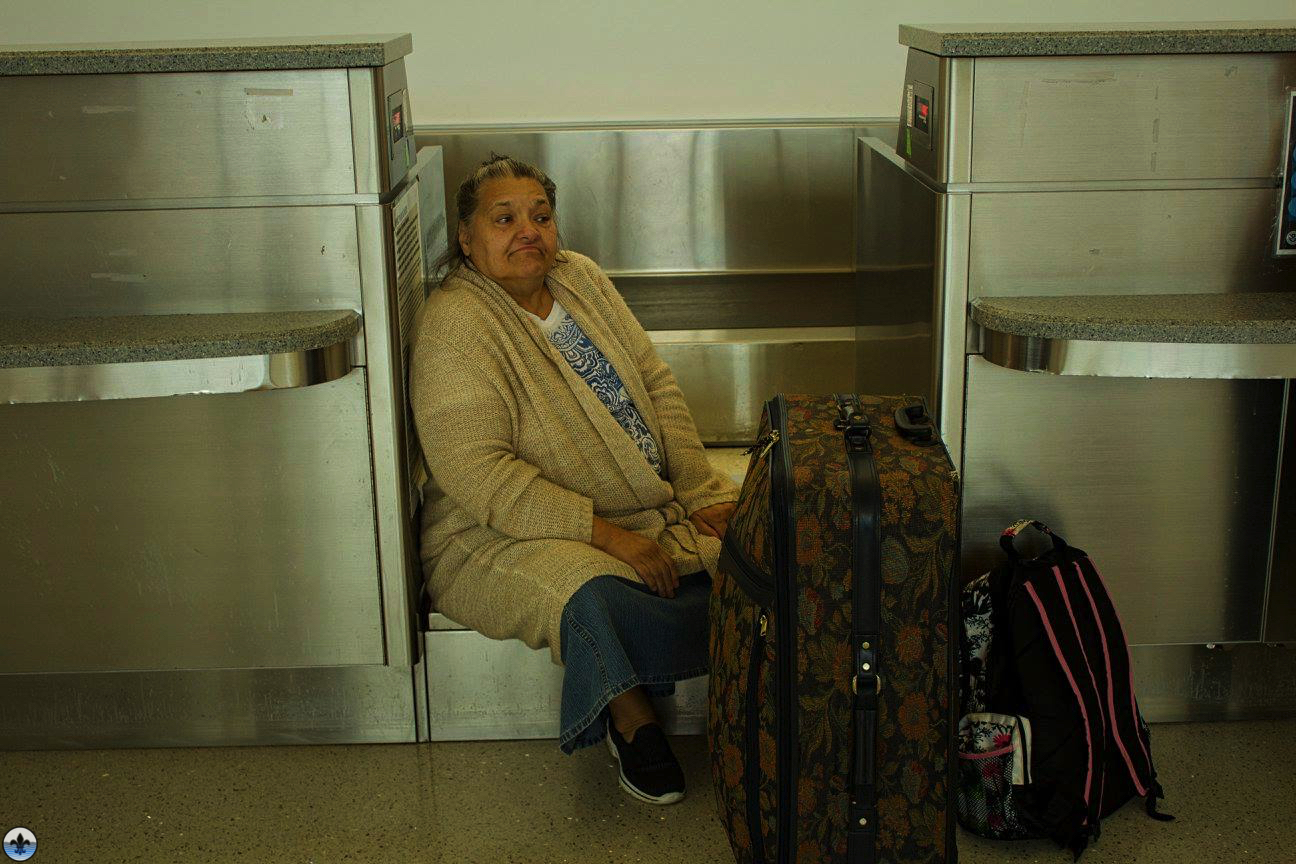 As the jet age ushered in longer flights and bigger passenger capacities, the Airport added “International” to its name.  During the 1970’s and 80’s, the Airport expanded further.

In the 1990’s, the Federal Aviation Administration issued regulations to airports across the country concerning noise mitigation.  Lambert, like other metropolitan airports, needed to acquire land around it to create essentially a “buffer-zone”. Beginning at this time, the city both purchased directly (FAA contributed funds) and employed eminent domain to acquire land from neighboring communities like Bridgeton and Kinloch for this purpose and Airport expansion, which had a disastrous affect on Kinloch (one of the oldest African-American communities west of the Mississippi River). Its population shrank precipitously, from thousands to mere hundreds. Controversy arose as the land acquired was not immediately utilized, due in part to unforeseeable changes within the airline industry and in part to the requirements of the FAA noise regulation. It should be noted that the absolute earliest airfield in the St. Louis area was the Kinloch Flying Field, active on property shared with a horse-racing track from 1909 through 1912, and operated by the Aero Club of St. Louis (a predecessor of the Missouri Aeronautical Society).  In 1910, former U.S. President Theodore Roosevelt became the first person in that office to ride in an airplane, and did so at Kinloch Flying Field. The successes of aviation in Kinloch are likely what swayed Lambert to choose a nearby location for his own airfield, which is ironic considering the eventual fate of the community.

Among those changing factors in the airline industry previously mentioned, was the bankruptcy of TWA in 2001.  The airline juggernaut had earlier selected Lambert as its domestic hub, so this news had an immediate and profound negative effect on the Airport.  Nonetheless, Lambert did recover, and 11 airlines now serve the airport’s 14 million annual visitors on 4 runways, including Southwest Airlines which flies as much as 109 flights a day out of Lambert to nearly 45 destinations, including international options starting soon.  As November 2017, St. Louis Lambert International Airport has reported 26 months of straight passenger growth, as well as increases in overall flights and total air freight.

If you spend time at the airport, like we have, you’ll no doubt observe this hustle and bustle of activity firsthand, but unlike other airports, Lambert somehow maintains a comfortable feeling of ease from the moment you enter.  That said, the temperament of those employees that you meet in the various concourse shops, behind the ticket counters, at the information desks, on flights, or if you were able to like we were, meet those behind-the-scenes people that handle your bags, walk the planes out to the runways, do facilities maintenance, as well as perform innumerable other tasks, are all the best indication of what life at the airport is like, and we were hard pressed to find a single, unfriendly, non-smiling face.  People here are proud of what they do, and it shows. 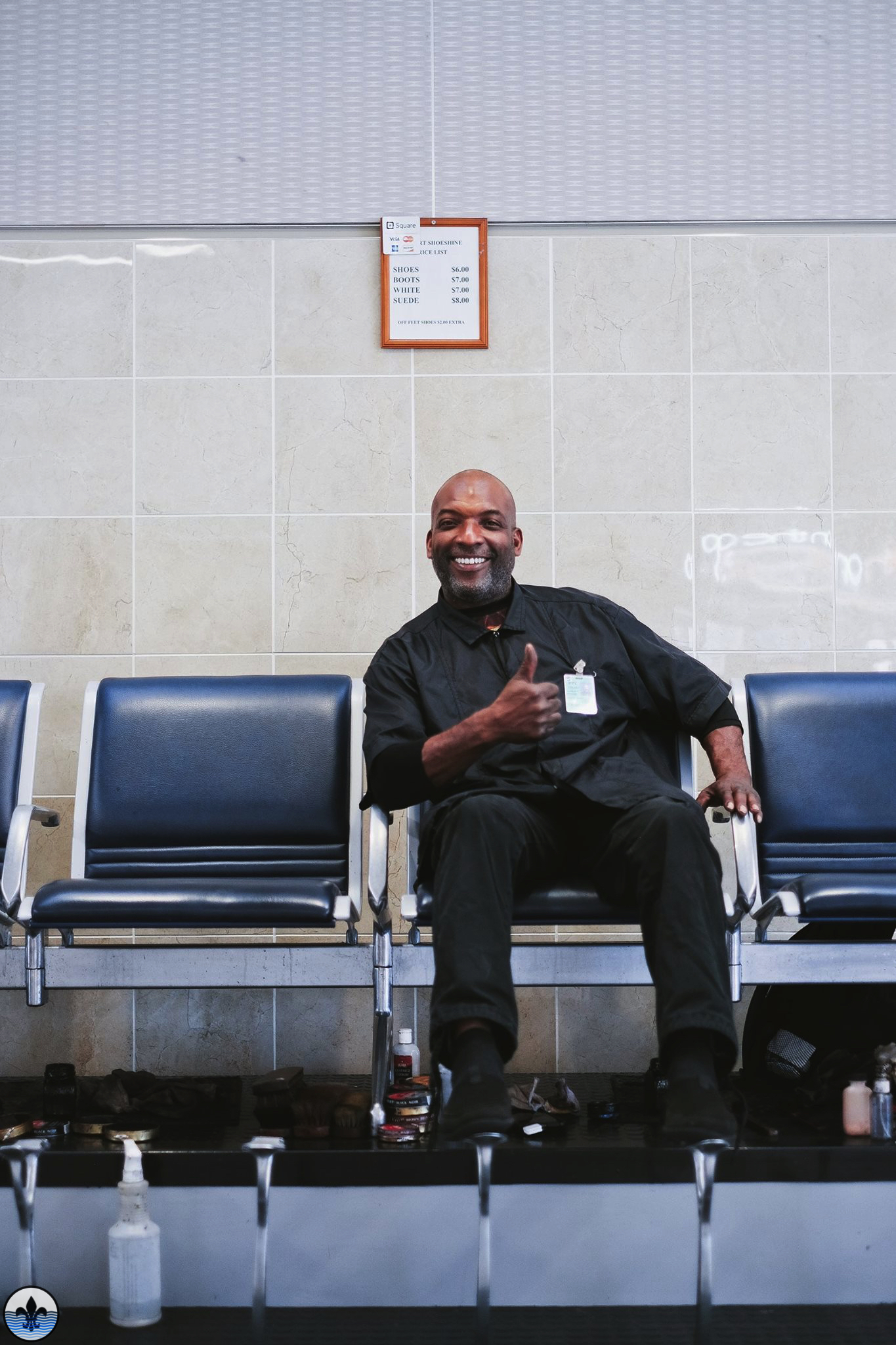 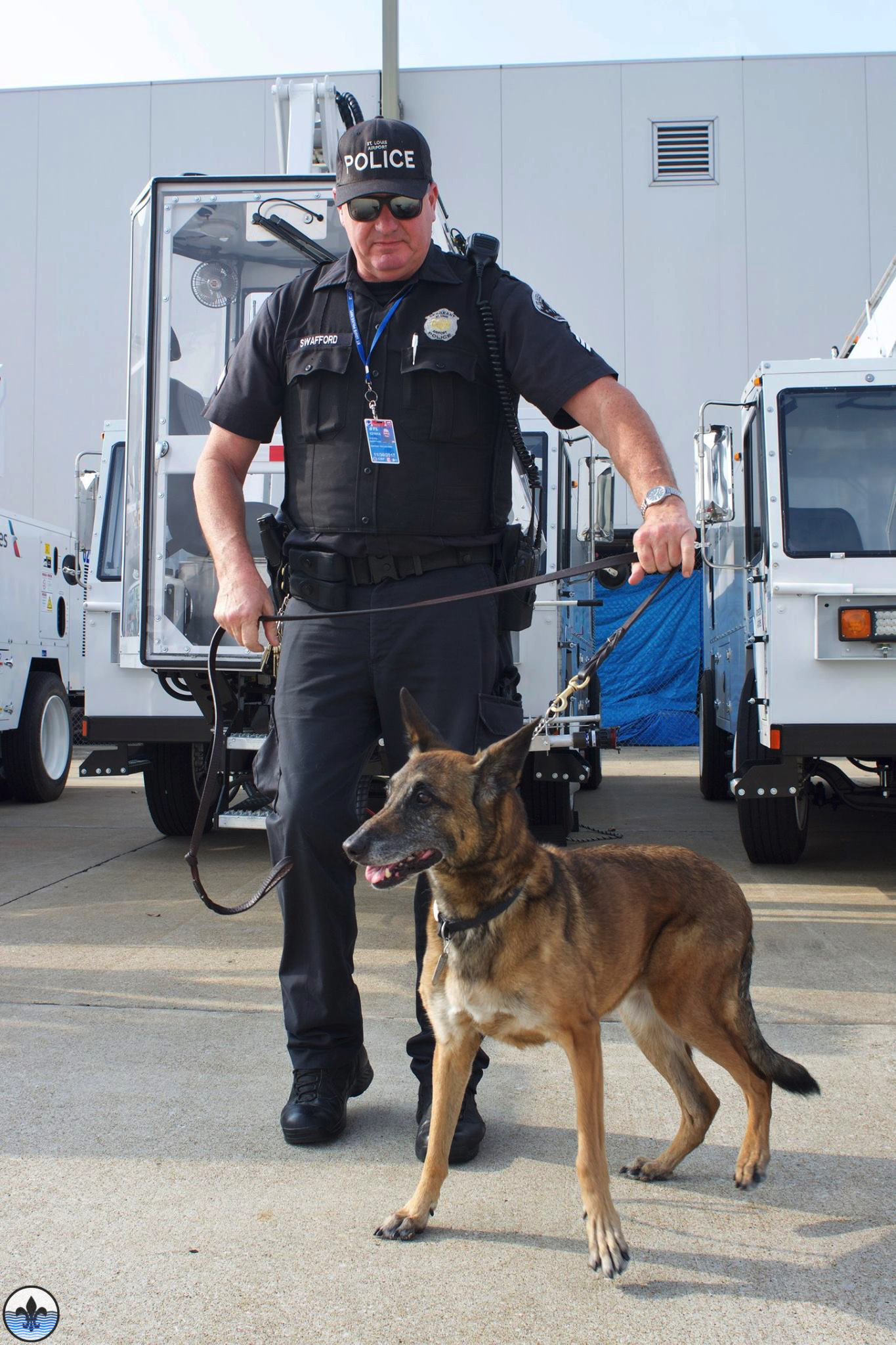 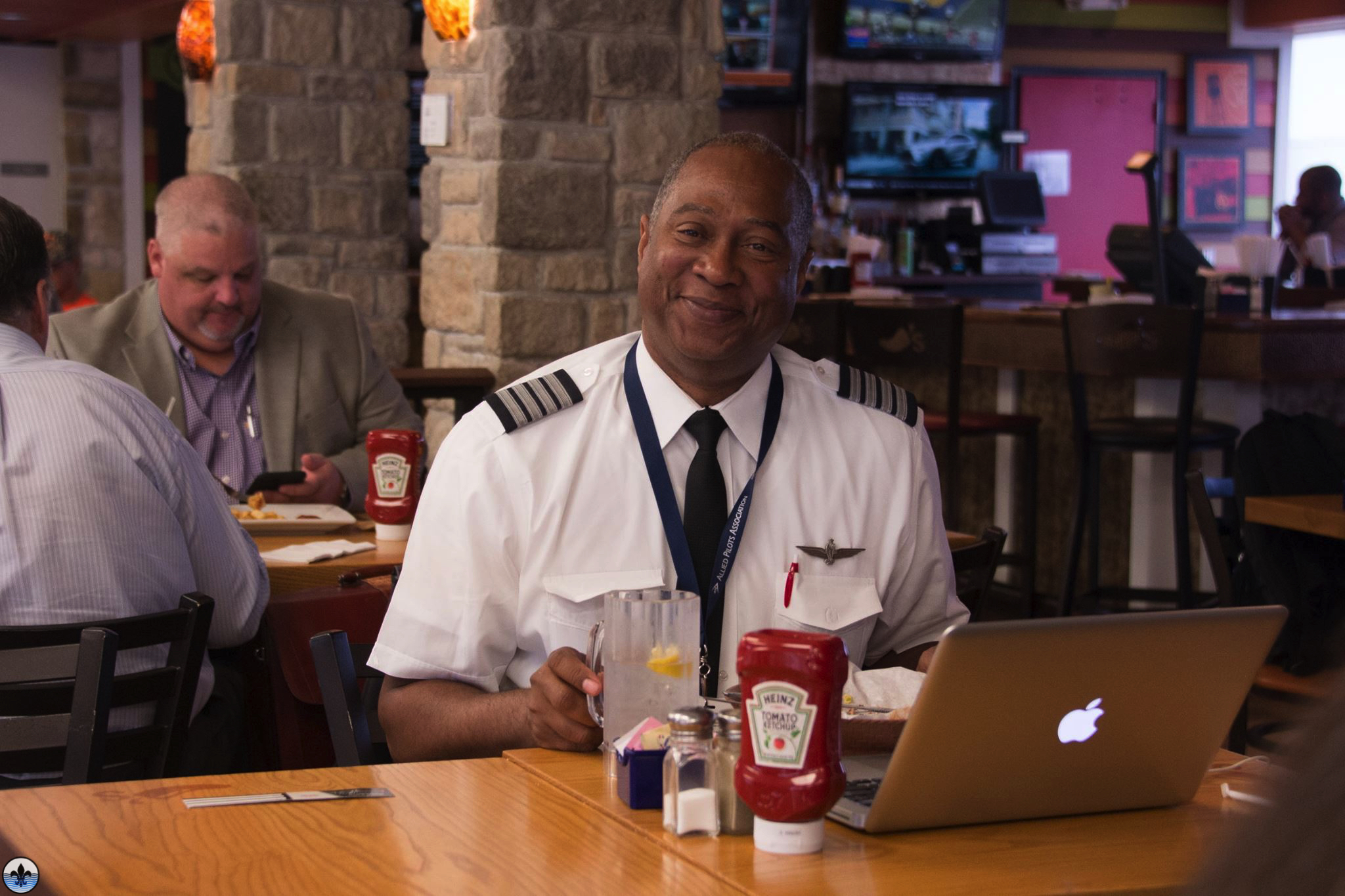 Several years ago, Lambert St. Louis International Airport unveiled its Art and Culture Program, called Art of Travel. This annual program hosts a variety of permanent and temporary exhibits through the Airport’s public spaces, providing a valuable platform for St. Louis artists to reach viewers that may not see their work otherwise.  The Program seems to grow in leaps and bounds every year, and is juried by a panel of esteemed arts professionals.  Later this month, we will be taking part in this exciting tradition with a small show illustrating the best of the first five years of Photo Flood Saint Louis.  The exhibit will be on display through the Spring of 2018, so keep an eye on our Facebook, Twitter, and Instagram accounts for more information. 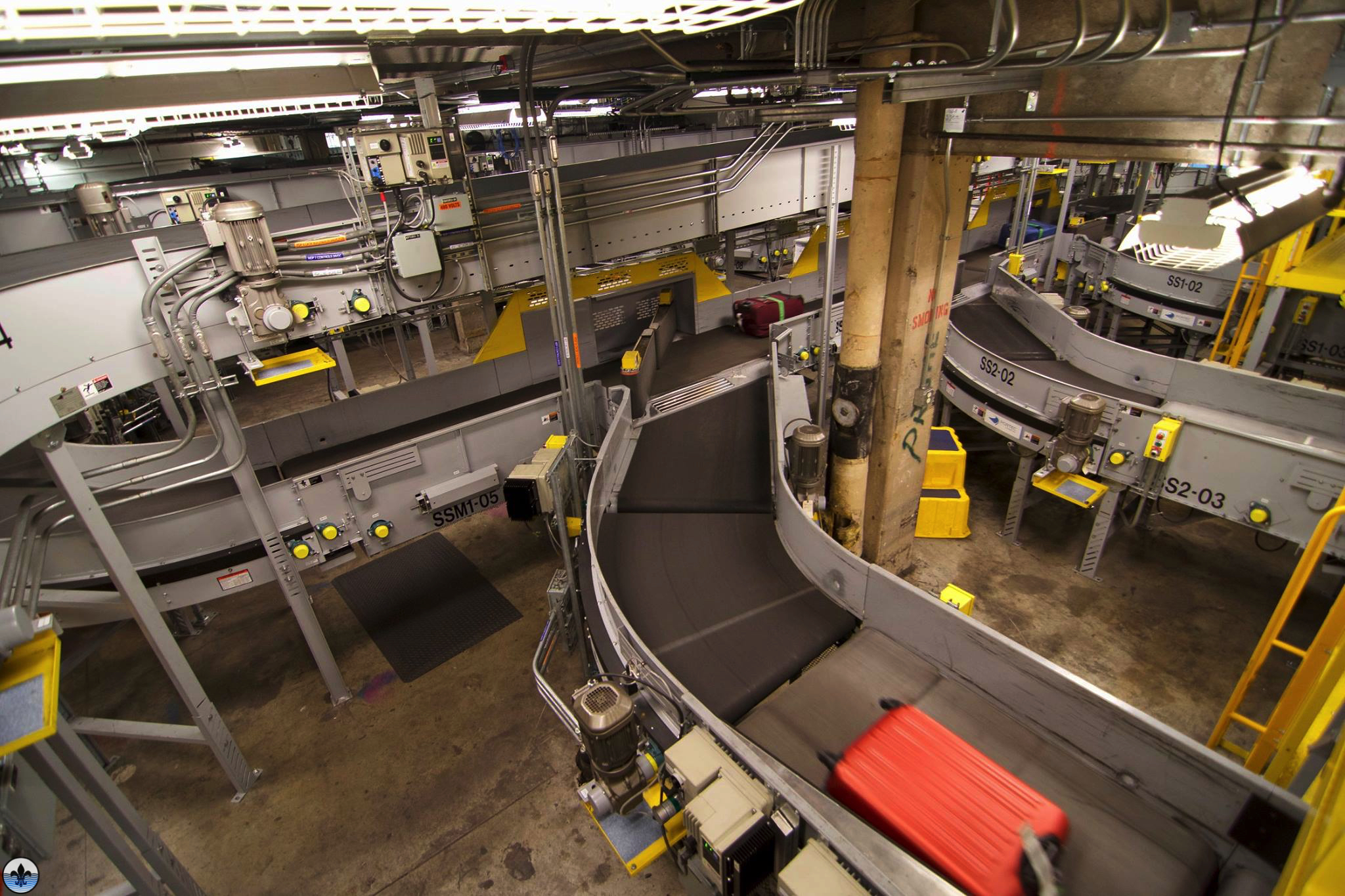 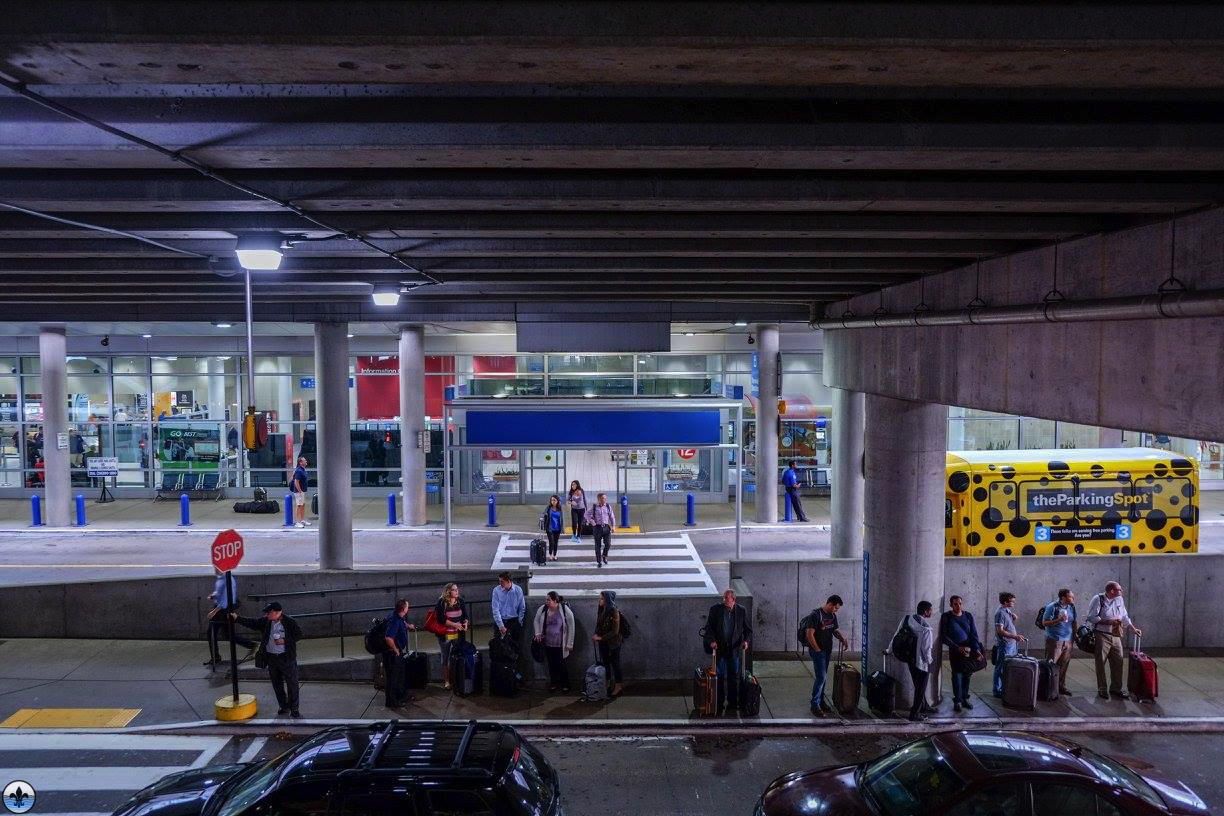 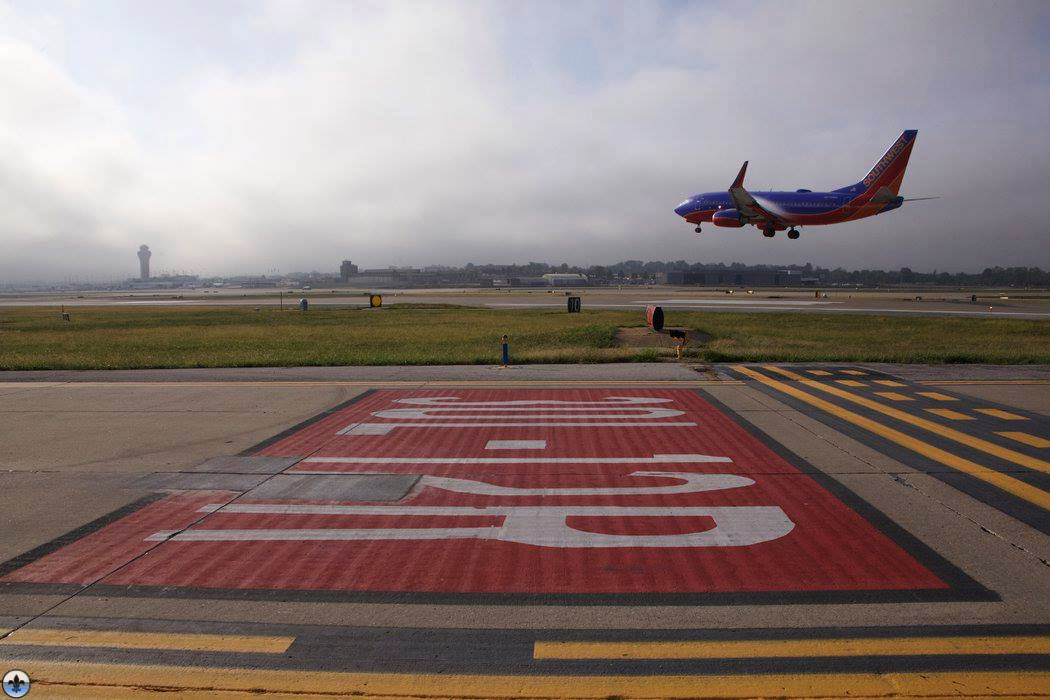